“The Blackcap is really a summer visitor, but if the weather is mild, it sometimes stays in England throughout the winter.”

The RSPB say: “Although primarily a summer visitor birds from Germany and north-east Europe are increasingly spending the winter in the UK.” Well, nothing’s changed there, then, unless the numbers have gone up considerably.

The only sex with the black cap is the male. Female Blackcaps have brown caps. The naming is a standard part of the sexism inherent in birding. Male birds are named first, drawn first, described first and put first. Sometimes the females aren’t mentioned at all. It’s the male which is ‘the bird’ and the female is an extra or an adjunct. Interestingly, when sexism in birding is mentioned, it’s normally all men who complain that it’s nonsense, which does demonstrate some of the problem. Here’s the male, with its black cap:

And here’s the female with its brown cap:

And yes, I did put them in that order, didn’t I? 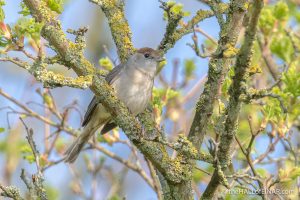 Brown-capped Blackcap There's a female Blackcap in this lichen-encrusted tree. Here's what the male looks like, together with my thoughts on how… read more 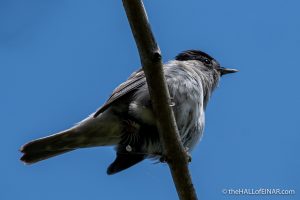 Blackcap There's a beautiful song coming from the bush in front of me. It's the 'Northern Nightingale', the Blackcap: Blackcaps practice… read more 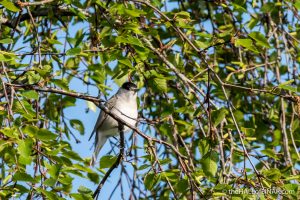 Blackcap in the trees Walking around RSPB Ham Wall Nature Reserve in Somerset I can hear singing. It must be a warbler of some… read more 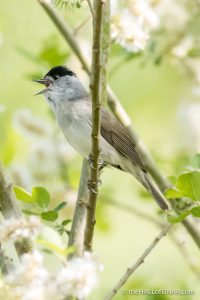 A Blackcap like a fine wine I'm tickled by this description of a Blackcap's song: "The Blackcap's song lacks the Blackbird or Thrush-like phrases of the… read more 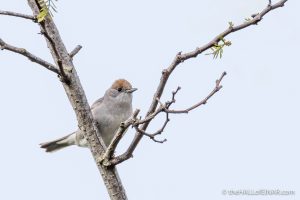 Leap-frogging Blackcaps There's a Blackcap in the tree. I can hear its alarm call and then I see it; it's a female.… read more