What won’t mice chew? I’m currently carrying out an experiment, whether I like it or not. Every time I come back to Einar the mice have eaten something else.

It was bad enough when they chewed holes in the airbed in 2012:

And then of course they put ventilation in my slippers:

The bicycle inner tubes no longer keep the pressure:

And the draught excluder was rendered useless:

My ear defenders were defenceless:

And the shammy leather meant I was relieved from car-cleaning duties:

I’m wondering what they will have eaten now. I look around and all is well. There have been no mice in the bedrooms. There’s no sign of them in the lounge or in the bathroom. There’s even no sign in the kitchen. Finally! We’ve managed a winter without the ravages of the pitter patter of tiny little feet.

Hold on though, what’s this? In the understairs cupboard? Apparently mice nibble mop heads. That’s another trip to the shops I think. 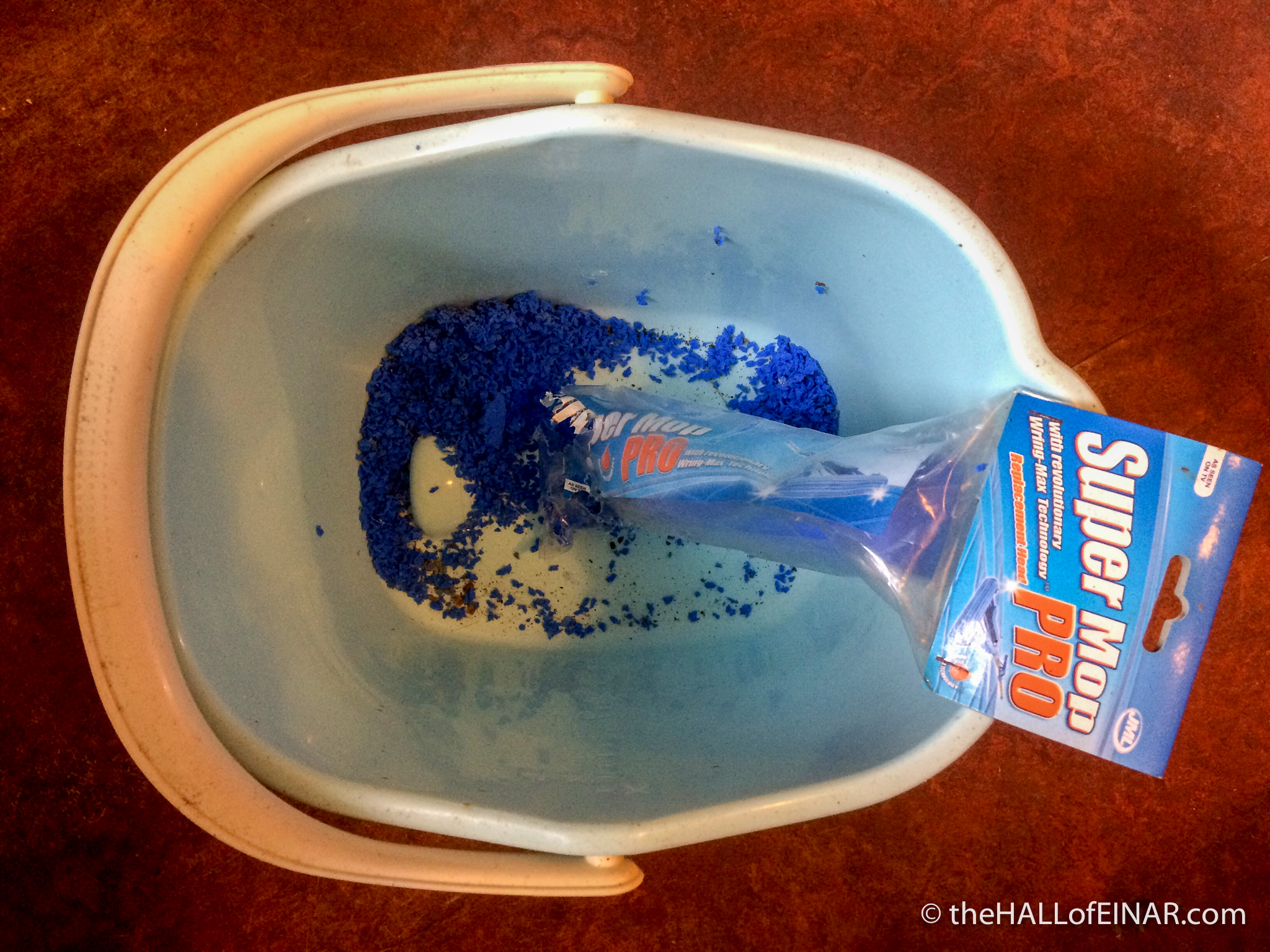