We are walking down past Backarass to see the birds when instead I spot two huge jellyfish in the sea. 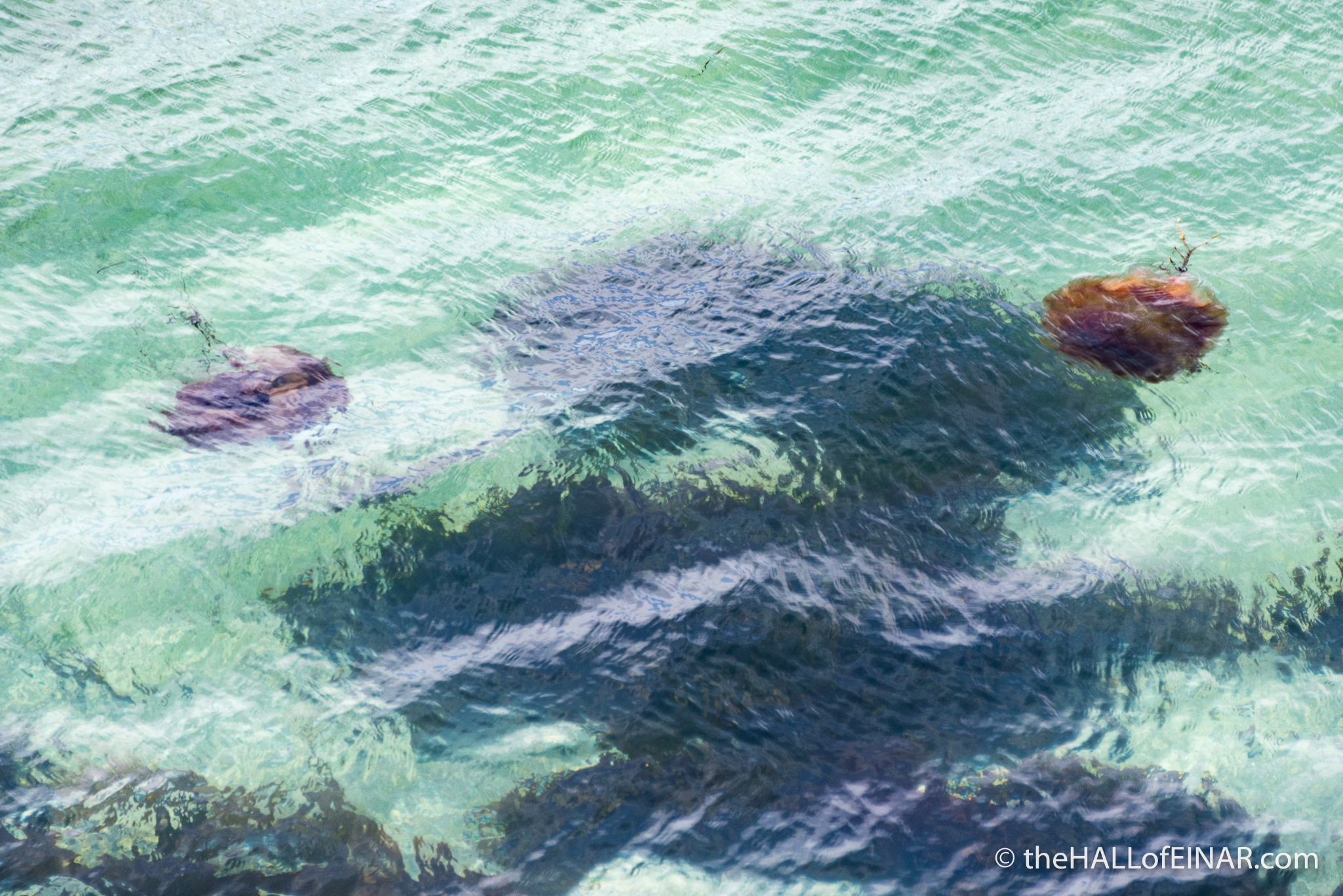 They are Lion’s Mane Jellyfish, Cyanea capillata, which can grow to have tentacles longer than a Blue Whale. These must be two very small jellyfish I’ve spotted then. They are powerless to stop the currents sweeping them towards land. 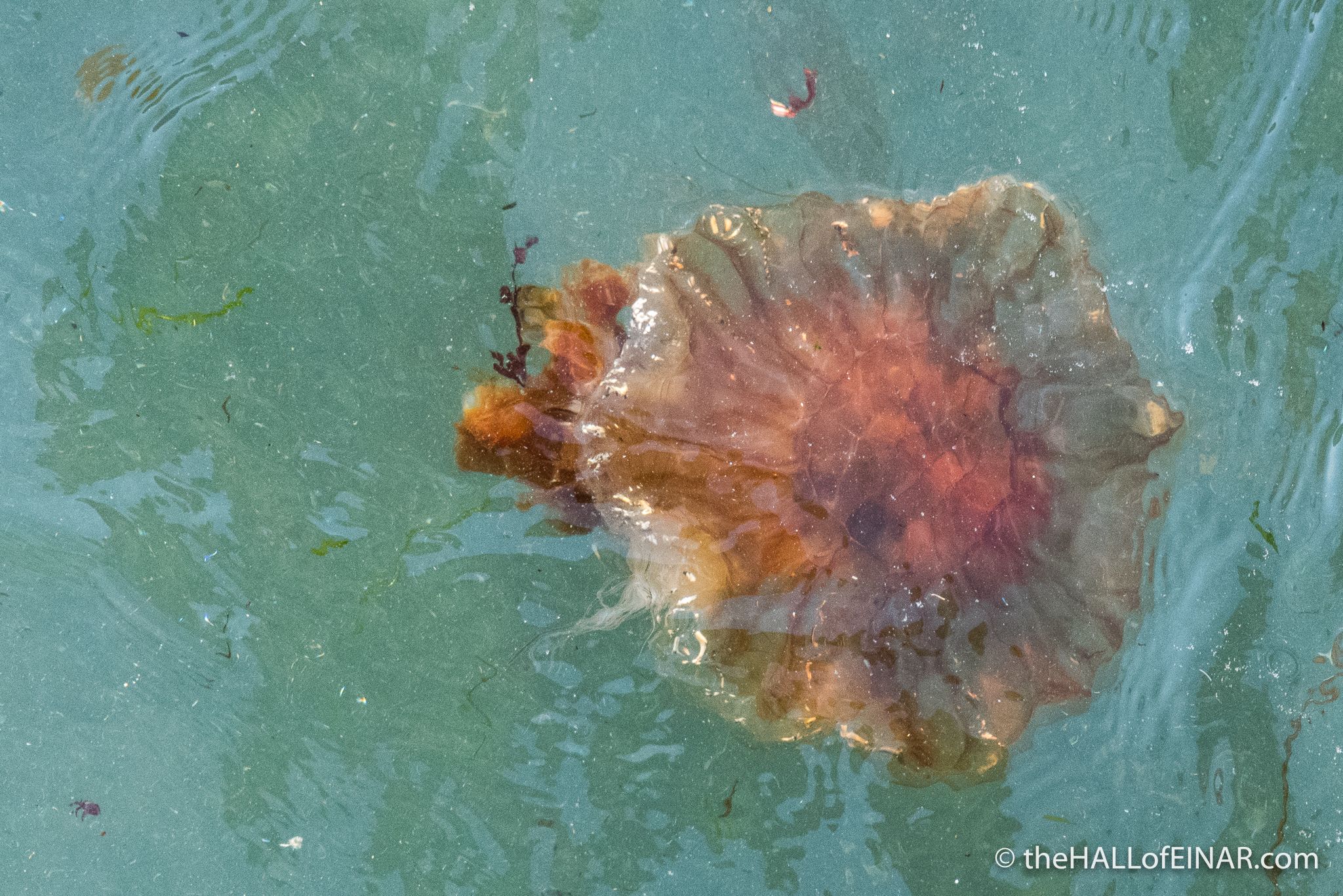 I can see its ‘mane’ trailing beneath it. 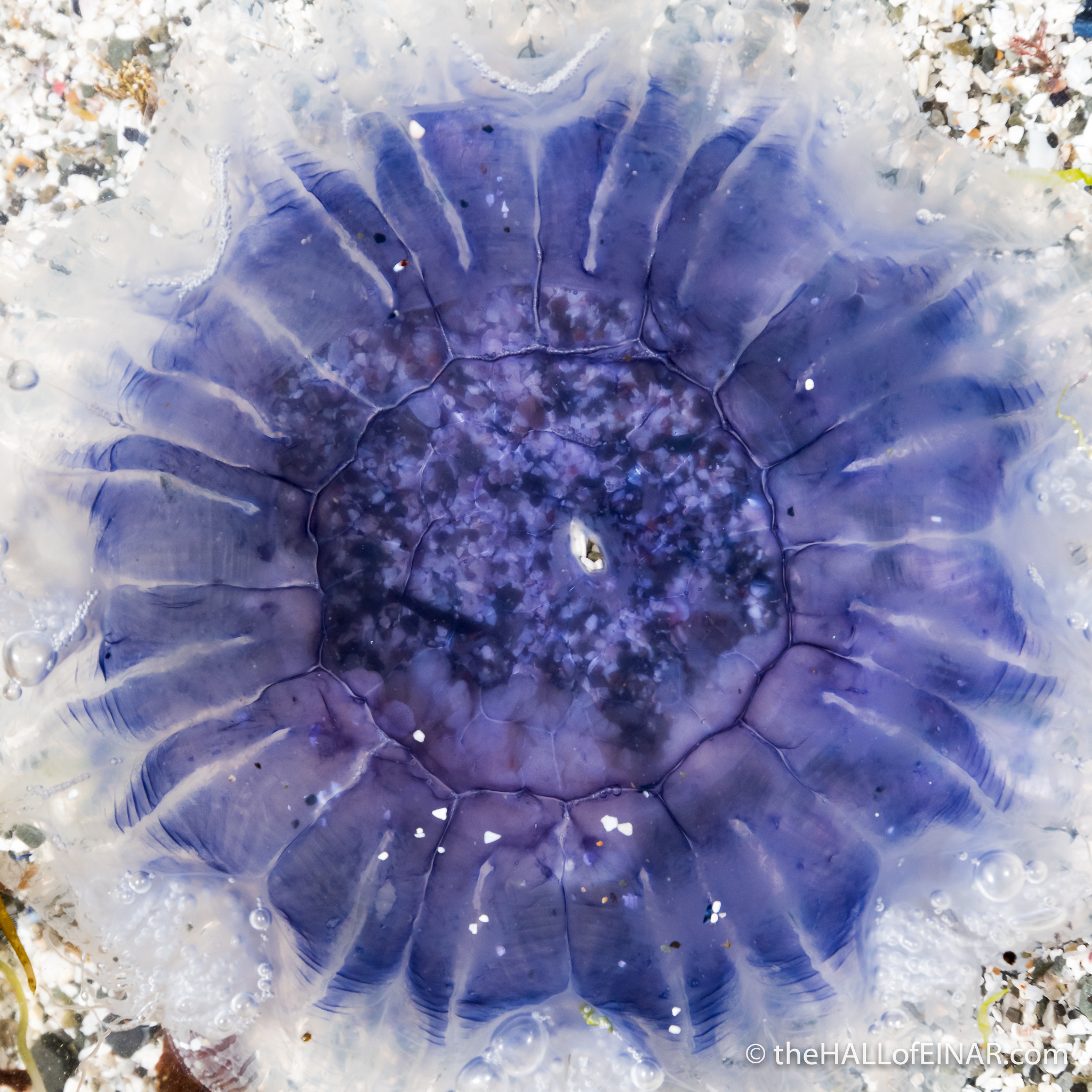 It looks wonderful against the salt and pepper sand:

Somewhere between mild irritation and death

Jellyfish don’t have brains or hearts so I’m surprised we don’t elect them. Here’s how alien they look:

The Day of the Jellyfish

There’s also another species of jellyfish being swept by the currents. It looks like it might be a Barrel Jellyfish, Rhizostoma octopus, to me, but I’m no expert. I’m going to send a photo of it to the Marine Conservation Society, based, as you would expect, in Herefordshire, and ask their opinion if I can’t find out. 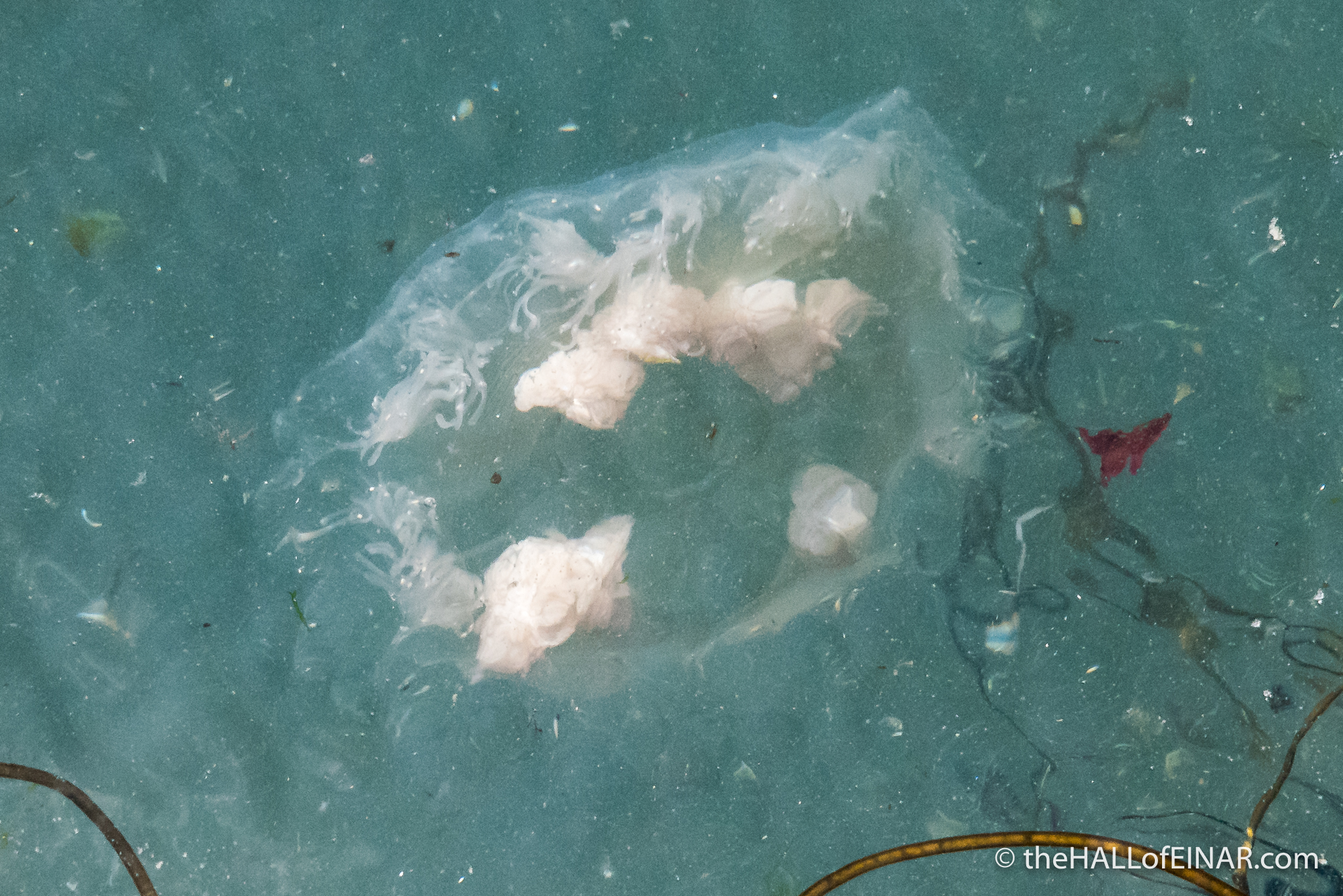 Later in the evening we walk around the North Sea coast of Westray and look down on the Shags on the rocks in low evening light. There’s yet another Lion’s Mane Jellyfish floating past them. 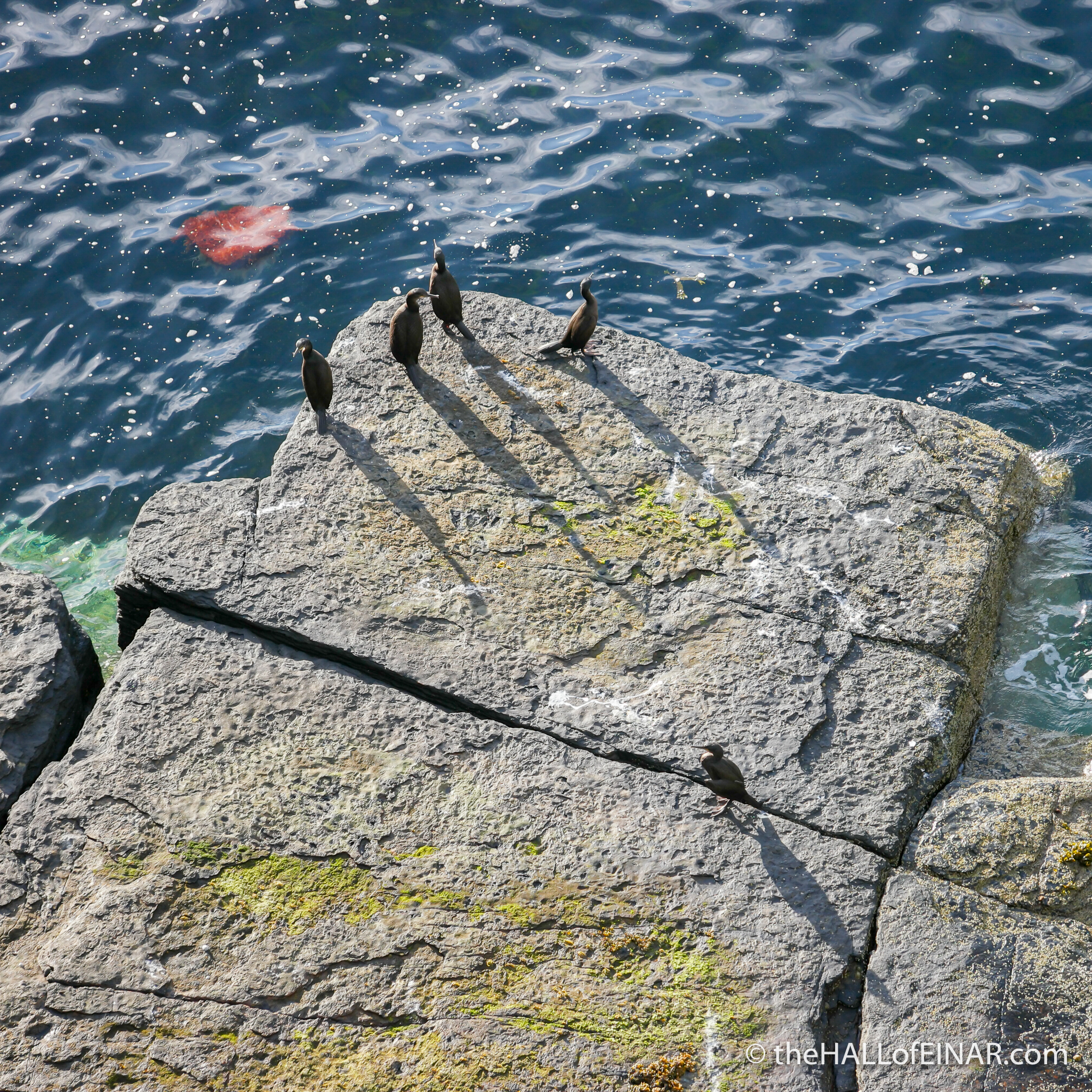