There’s a Small Tortoiseshell butterfly which has settled in front of me: 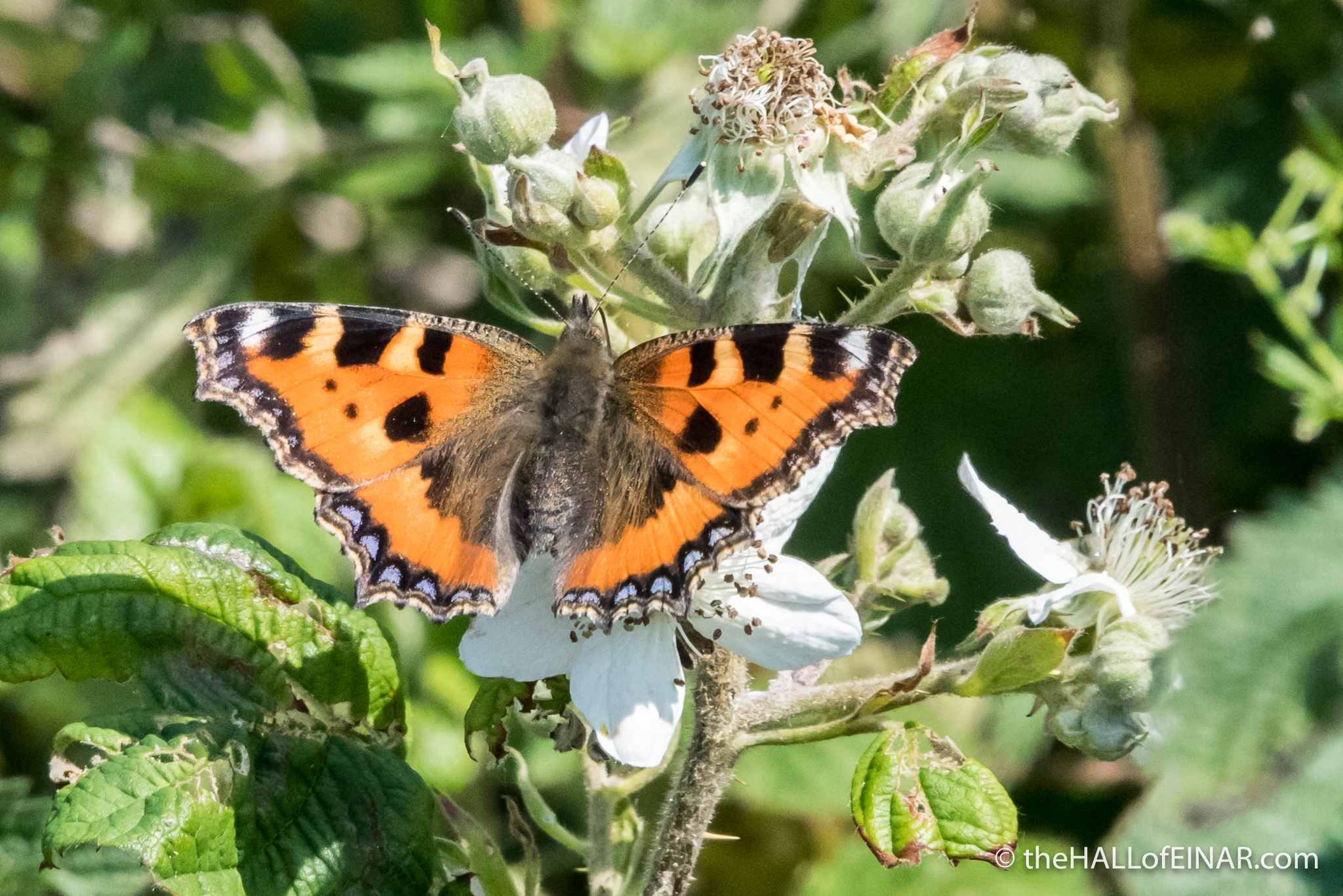 I’m thrilled because I hardly ever see them.

I took a photograph of one in 1977 and stuck it in my childhood holiday scrapbooks. I know it was 1977, not because I wrote it on my scrapbooks, but because I took the photograph on holiday in Tenby in the week that Elvis died: 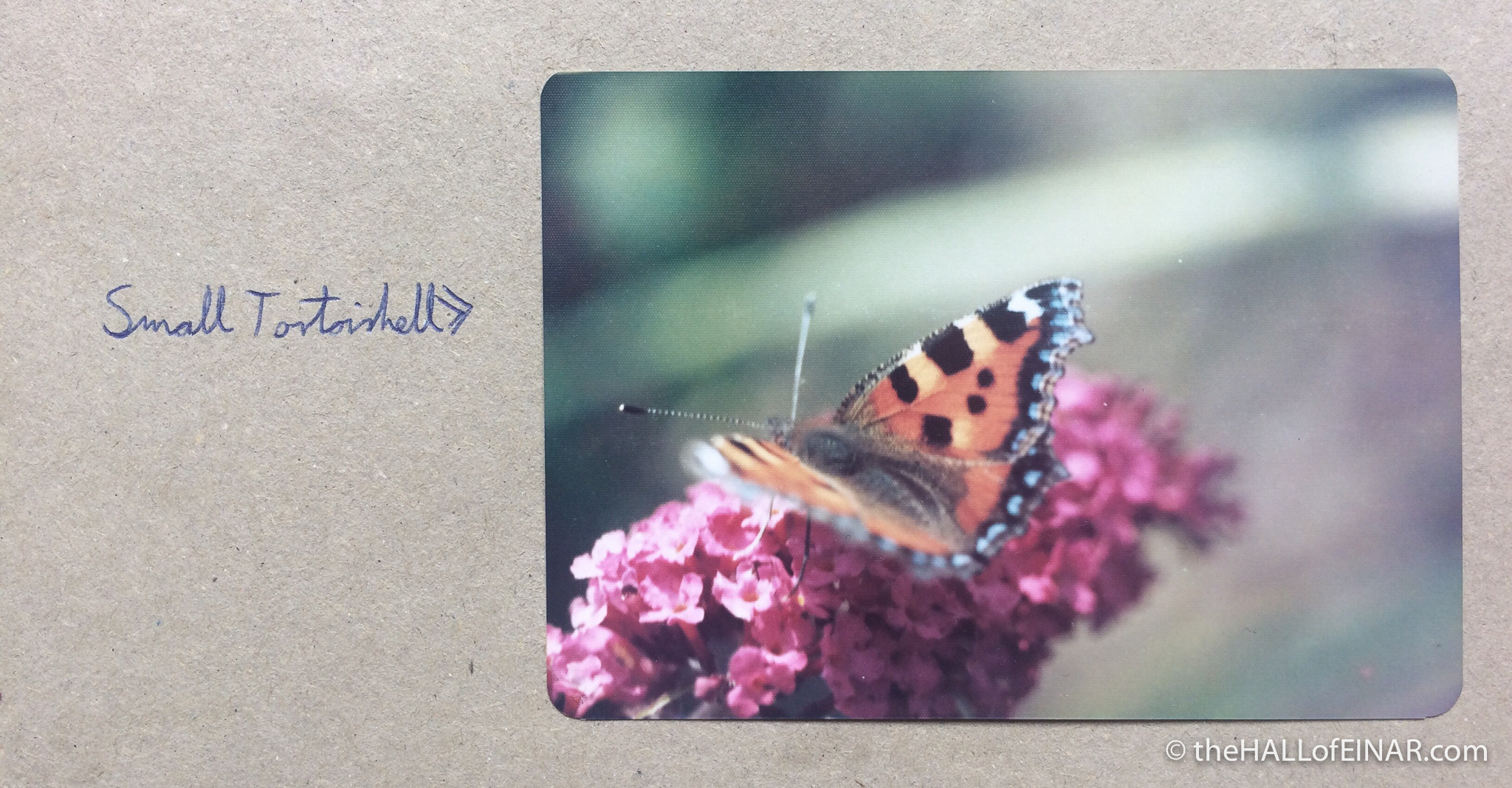 I remember them being really common back then. I was pleased with the photograph at the time but also dreamed of a camera which would allow me to get a large depth of field and take proper macro photographs.

I found the Small Tortoiseshell in the Rev. F.O. Morris’s 1853 classic A History of British Butterflies here: 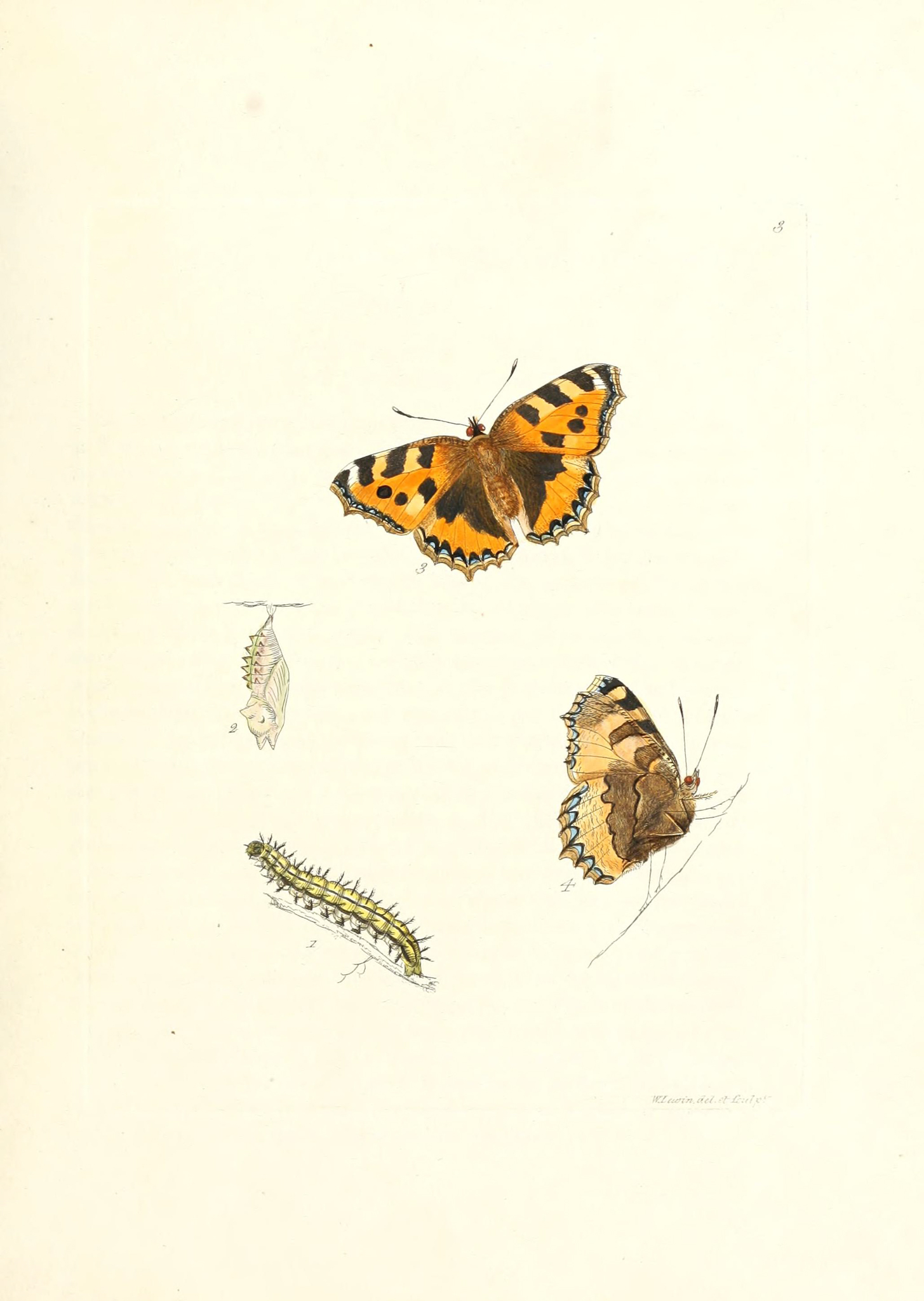 I love some of the language he used in the descriptions:

“To which they adhere by a glutinous moisture,” and, “In the third skin they make another remove,” with, “In this state they remain near twenty days.” Here’s it’s called The Nettle Tortoiseshell: 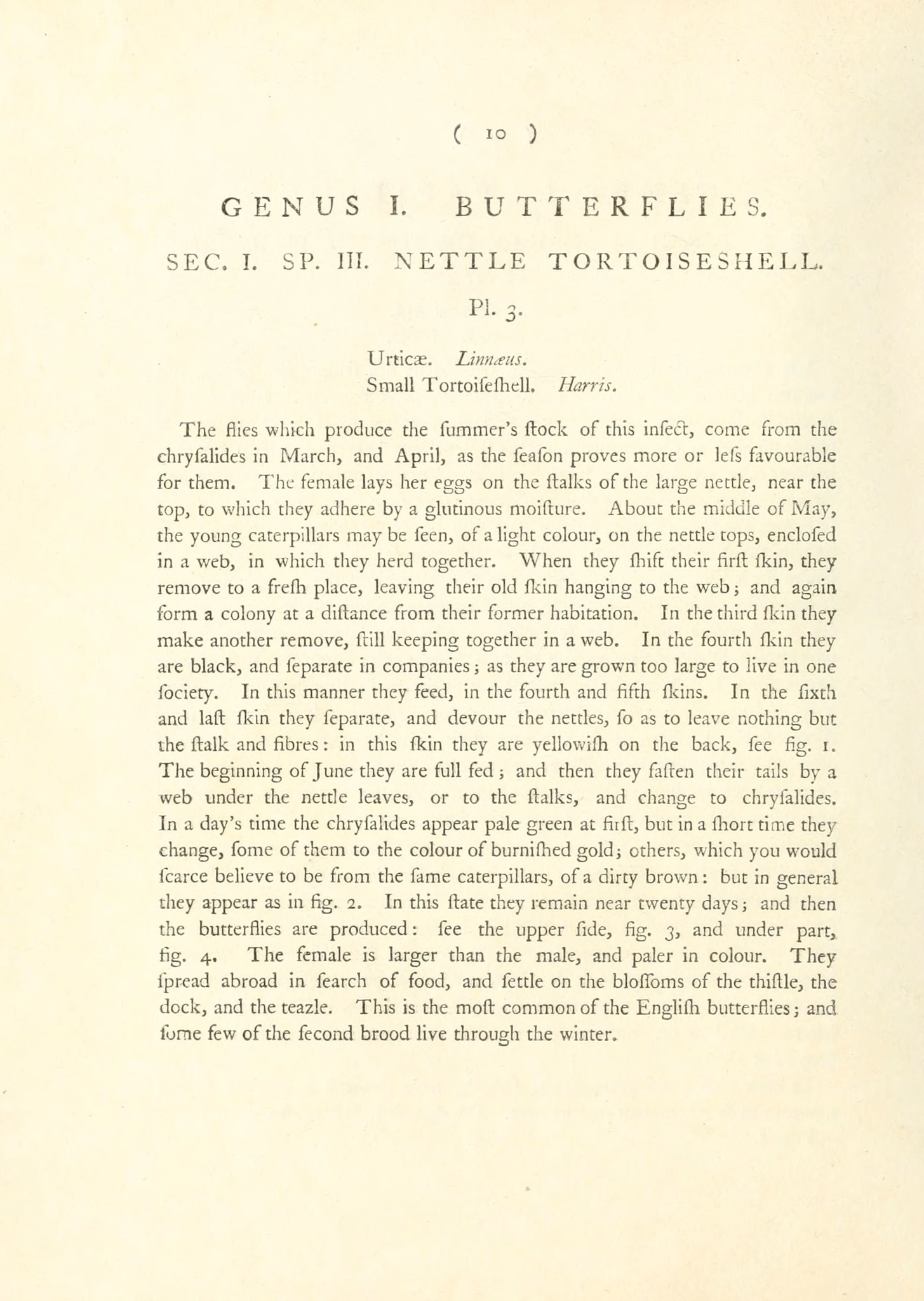 In The State of the UK’s Butterflies 2015, the decline in the population of Small Tortoiseshells was published: From 1976 to 2014 their population declined by 76%. I haven’t been looking at my childhood through rose-tinted spectacles. We really have managed to kill three quarters of them in 40 years.