I’ve seen a Brimstone butterfly before. They are the sulphur-yellow ones which come out of winter hibernation early:

Brimstone without the Treacle

Here it is in A History of British Butterflies by the Reverend Francis Orpen Morris from 1857.

160 years later, what can we understand from his text?:

“If the imagination chooses to so please itself, it may look upon our own country as a sort of epitome of the northern hemisphere of the world, as to its natural productions; and thus we shall find that on the south coast, from Torquay to Hastings are our tropics; in the midland counties our temperate zone; in Scotland our Arctic regions; and John o’ Groats’s House will answer to the North Pole.”

“This is the most beautifully-coloured Butterfly, whether seen on the wing, in its zigzag, impetuous, and hurried flight, or examined at leisure in the cabinet.”

It’s a shame that so many butterflies were caught as a hobby and killed for collections. So many specimens ended up “in the cabinet” rather than living free on the wing and breeding their next generation.

“In the latter case you seem never to be able to get it in a sufficiently good light, so full and bright are its colours, to admire it as it ought to be admired; and when first emerged from the chrysalis, and glittering before you in the sun, it is indeed a most attractive object.”

It’s also interesting for a living being to be described as “an object”, although if it’s been killed, and you’re staring at its desiccated body in a case, then I suppose that’s appropriate. I love the illustrations: 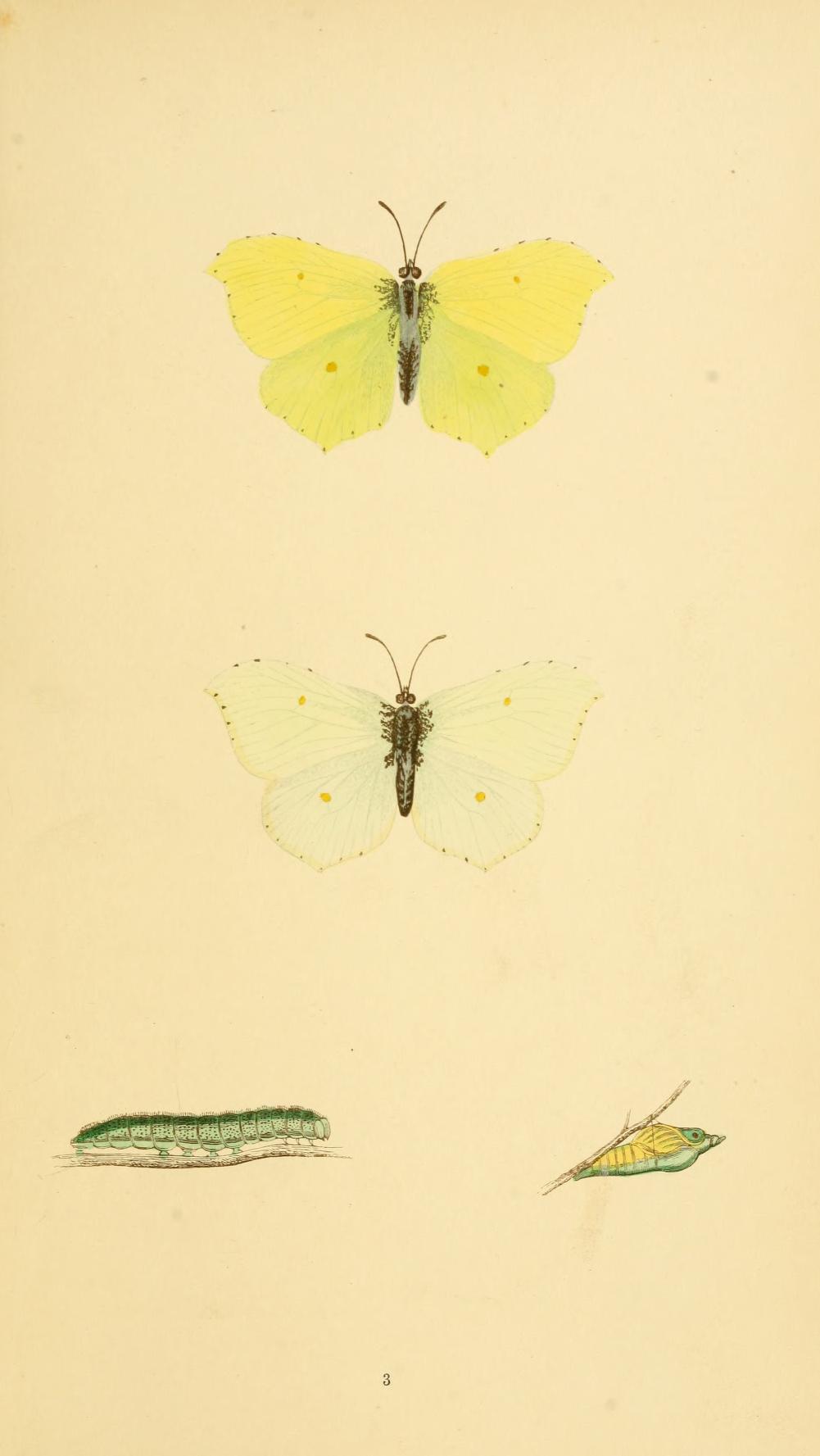 It’s also in my book by Edmund Sandars, A Butterfly Book for the Pocket from 1939: 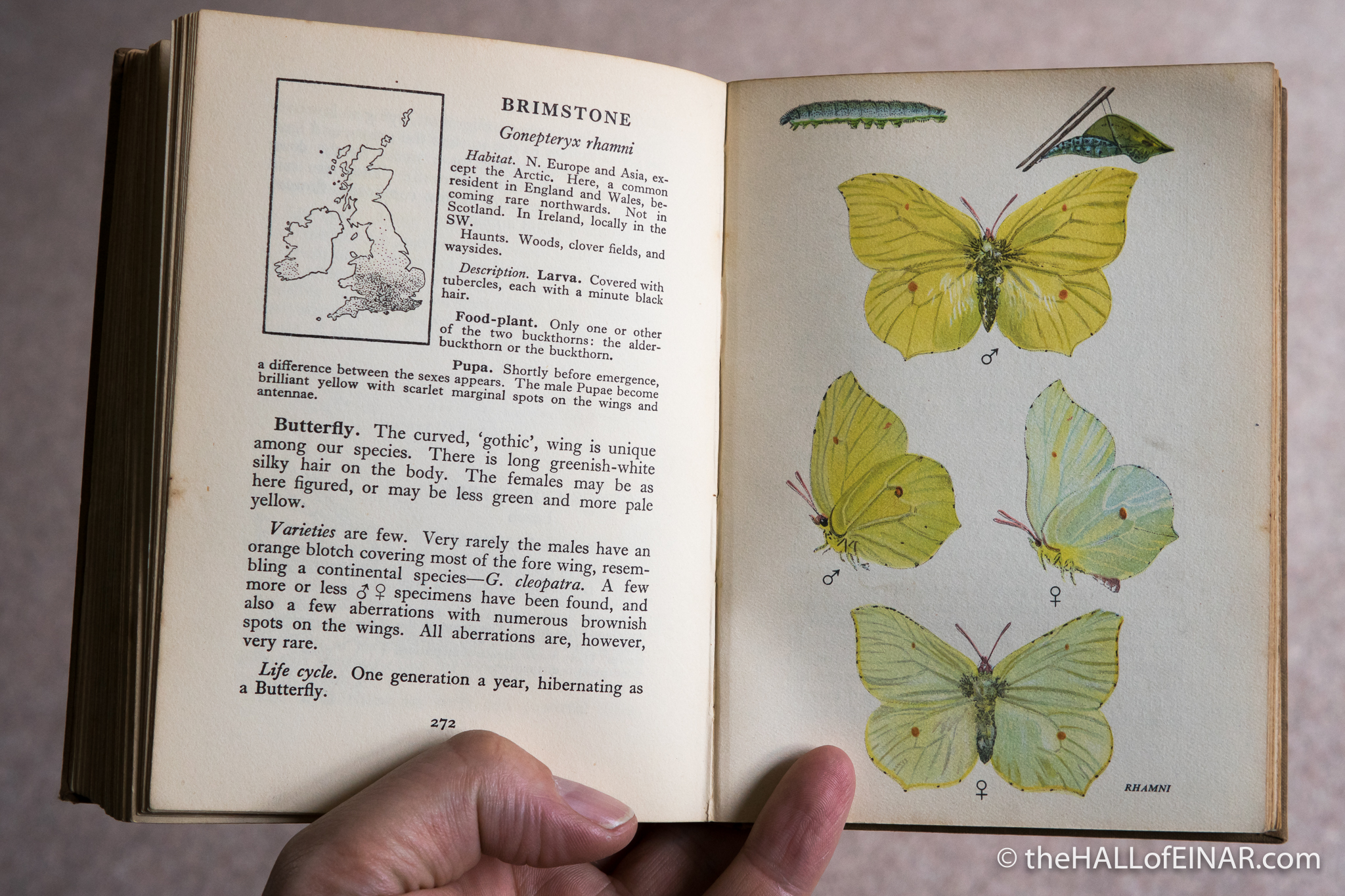 And here it is, not in a cabinet, but in my country park. 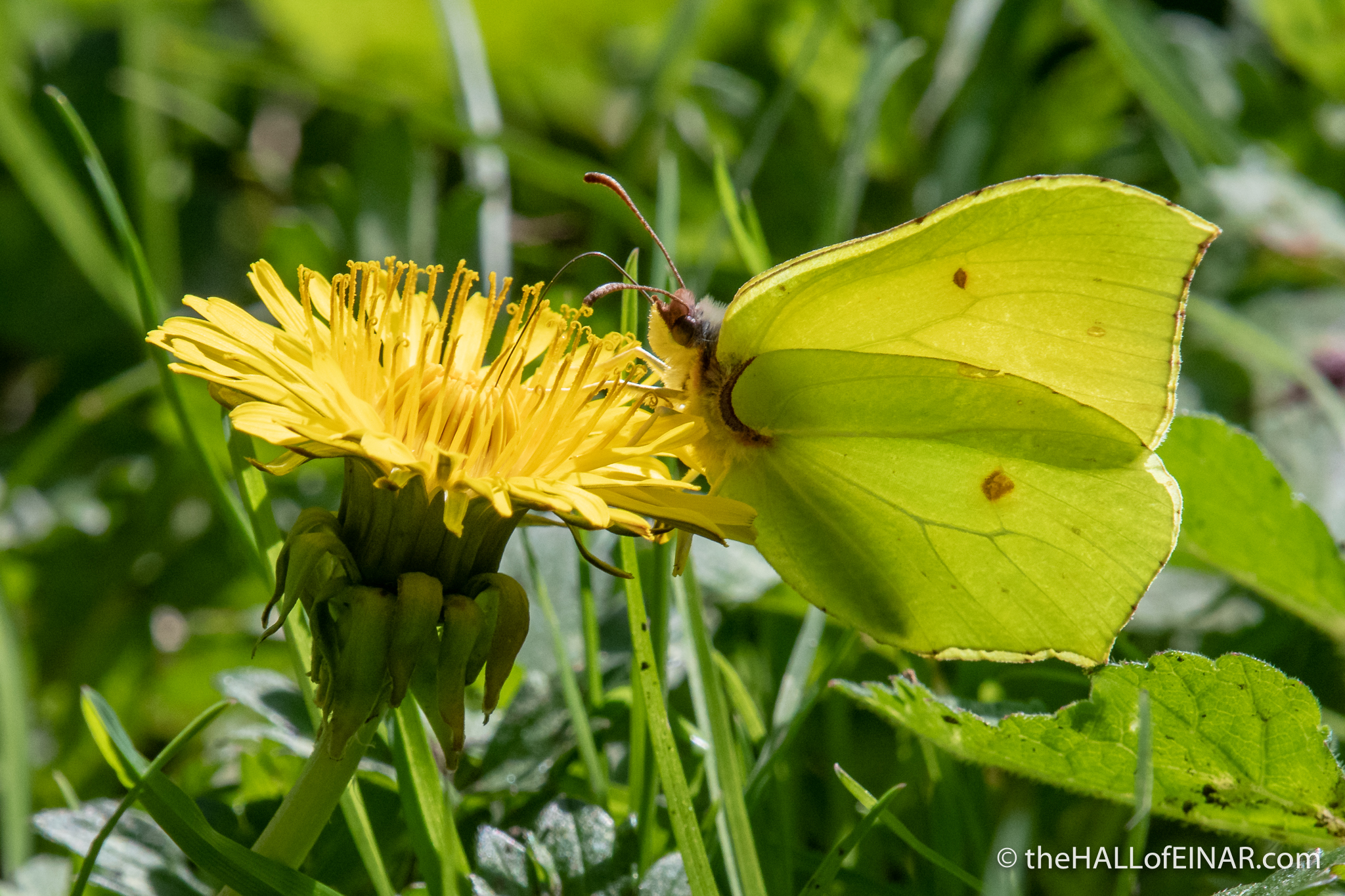 Butterflies would have had a completely different name without them. What would we have called them if we didn’t have this butter-coloured fly.