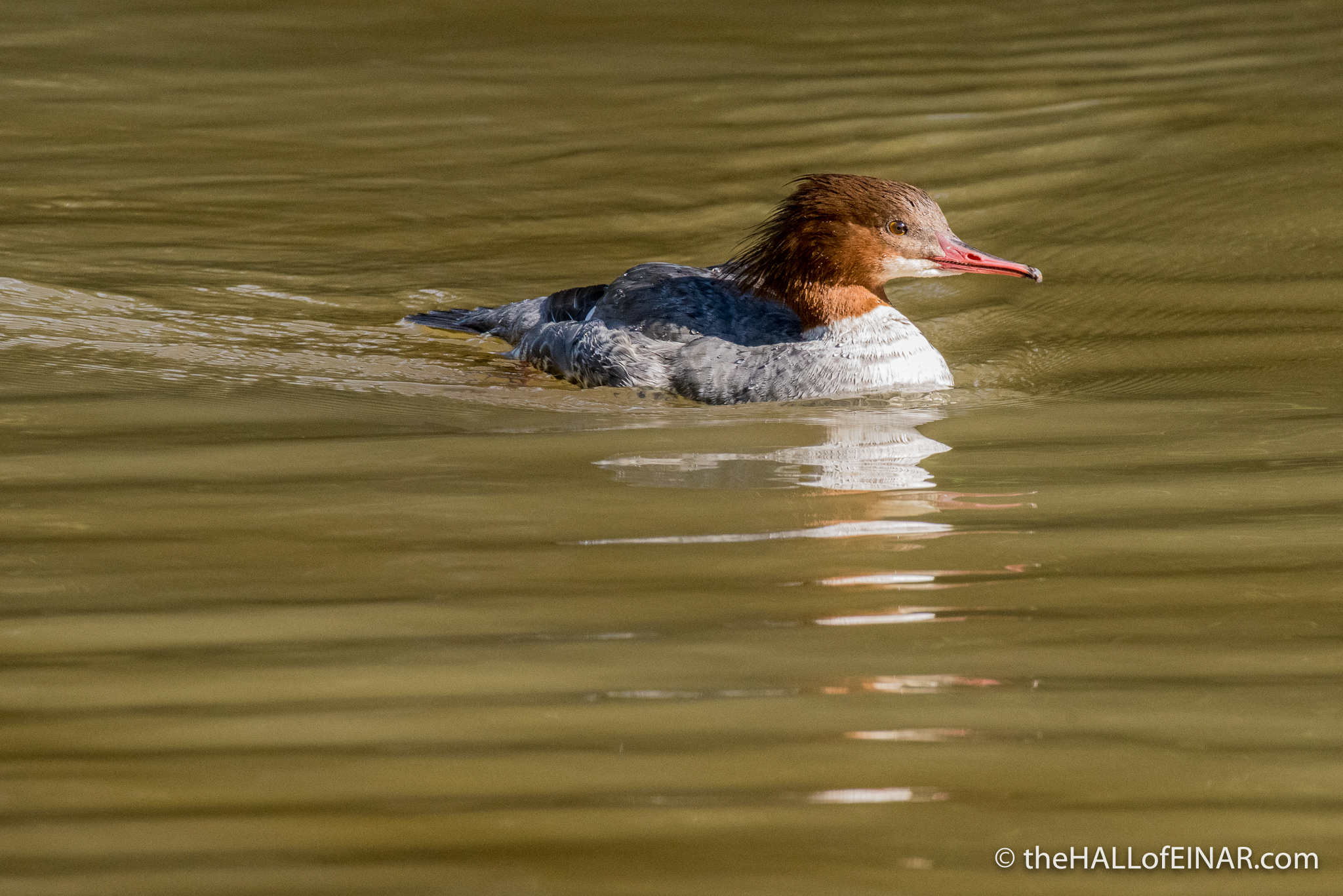 Goosanders are such wonderful birds. They have amazing sawtooth bills to grip slippery fish underwater. I can see the solitary individual still left at my local nature reserve swimming along in the canal. It jumps with its bottom in the air and disappears. It’s incredibly difficult for me to get near to it. We have just 3 or 4,000 pairs breeding in the UK, and more visiting in the winter. 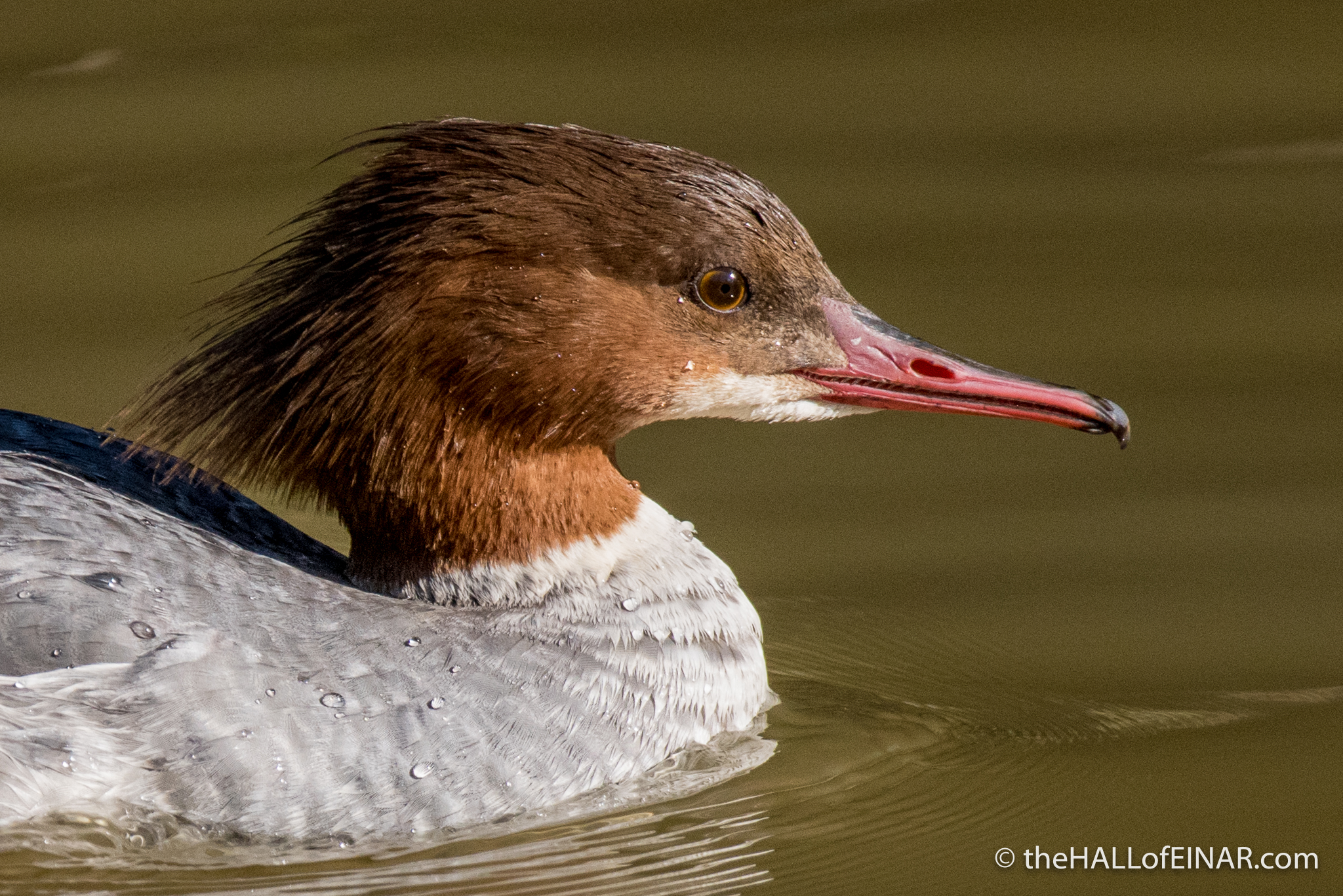 Natural England is the UK quango which issues licences to kill Cormorants and other fish-eating birds, like Herons, Goosanders and Red-breasted Mergansers. All these species are protected under the Wildlife and Countryside Act 1981. A poor young person with an air rifle shooting one will face the full force of the law. A rich person wanting to blast them with a shotgun will be given a licence to kill them, as long as they have a commercial interest and ownership of the land or permission from the landowner. Up to 300 Goosanders are killed every year. No wonder they are difficult to get near to. 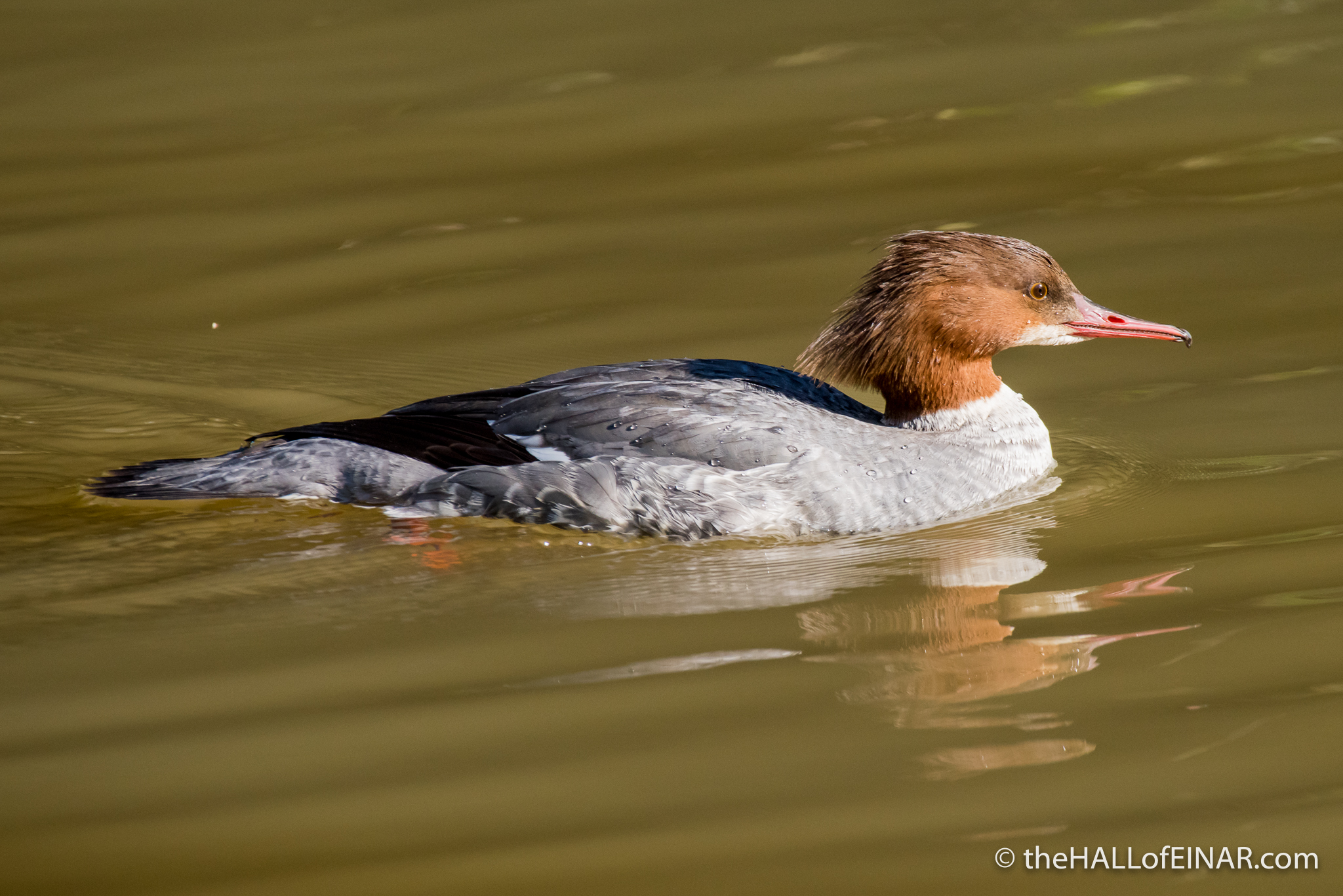 Goosanders are hated almost as much as Cormorants by anglers and owners of commercial fisheries. They accuse them of increasing ‘exponentially’, and ’emptying’ rivers and canals of fish. Just like with driven Grouse shooting, people who hunt, shoot and fish rely on exploiting an excess of animals, which is artificially generated by suppressing their predators. Kill Cormorants and Goosanders and you can get an excess of fish for anglers to catch. Kill Hen Harriers and you can get an excess of Red Grouse to shoot. 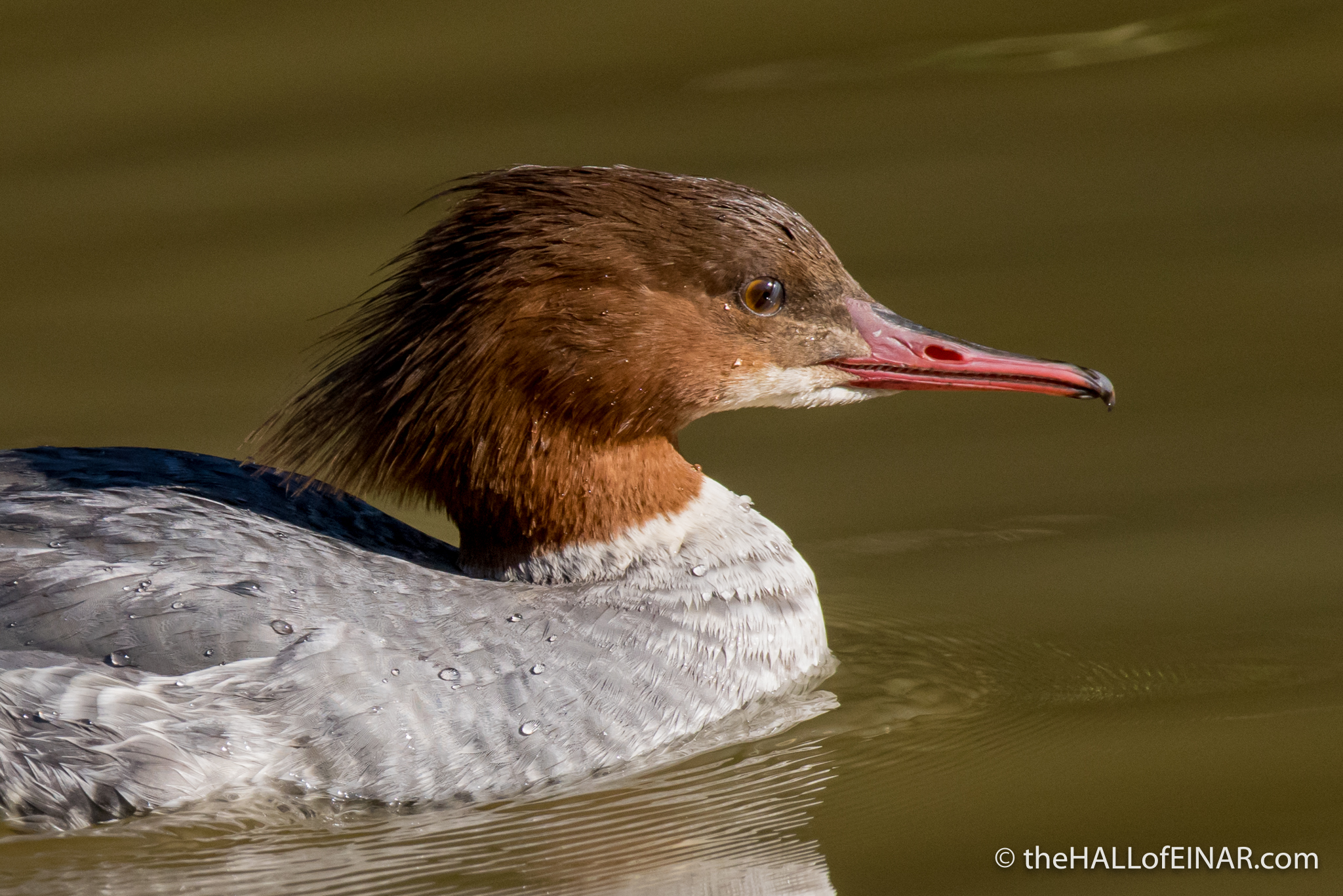 What is the real cause of the decline in fish? I’d suggest habitat destruction, pollution, climate change, parasites and invasive species are more likely causes than a few ducks.

The Goosander, Mergus merganser, is an oddity: it’s a duck which eats fish. It’s a duck which nests in holes in trees. It’s also a duck where the males disappear for months on end in the summer and go to Norway on holiday to moult and change their plumage, leaving the females and their families behind.

I hope we will stop persecuting them.