Westray is a small island but it’s big enough to have a school and a care home, a doctors and a hotel. The care home is called Kalisgarth and it opened in 2005. It’s got a great community feel to it. It’s the starting point for a series of free music events around the village of Pierowall as part of Westray Connections 2017 this morning. 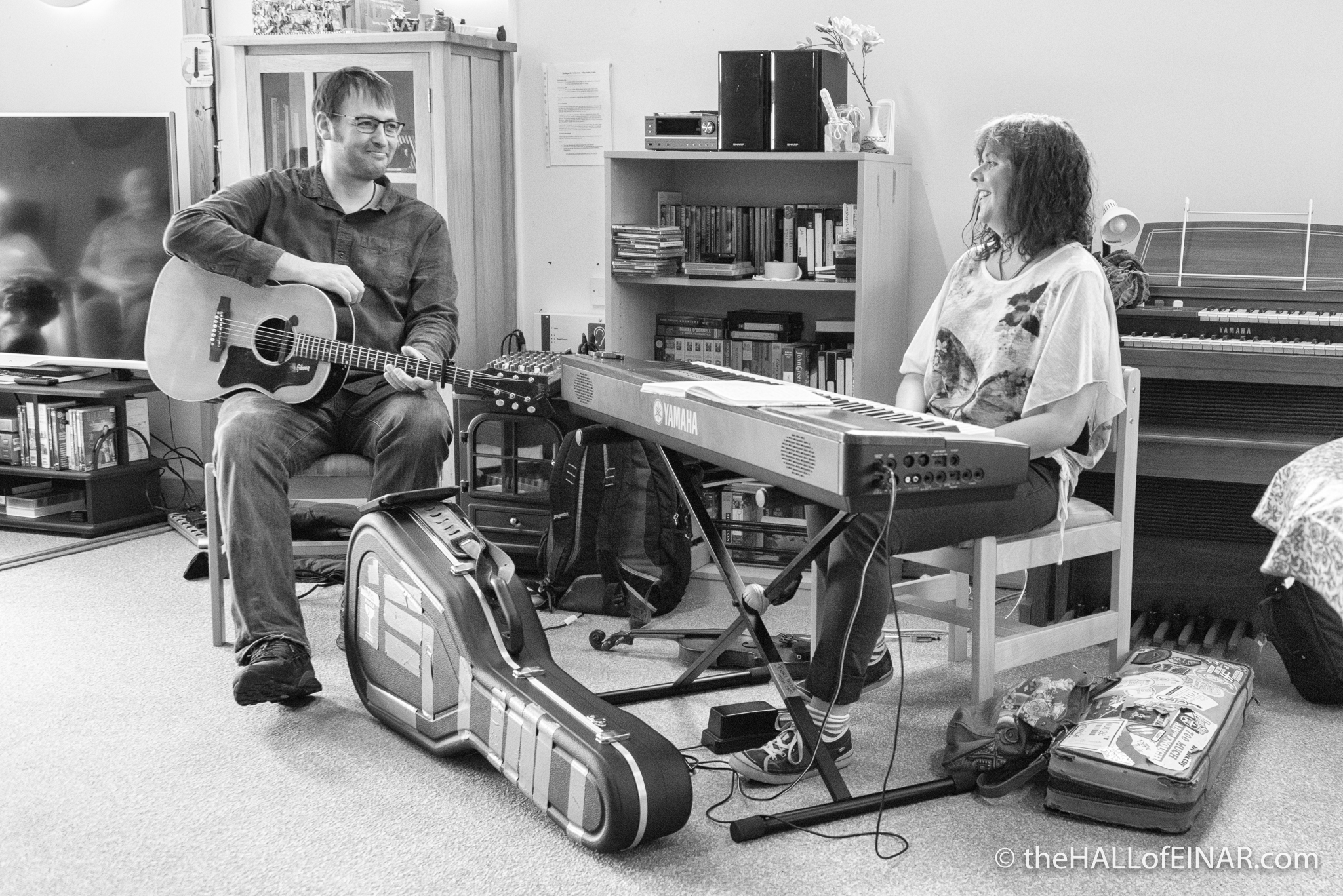 They enjoy it as much as the audience does:

Here’s my review of their album:

Up next are the band called Jake, Megan, Aileen, Alice and Steven. I’ve decided not to use flash for my photographs and made things very difficult for myself because of that. The light is very poor and comes through tiny intense windows directly from behind. Their singing is a lot more crisp than my photographs:

I loved the harmonies. So did all the generations: 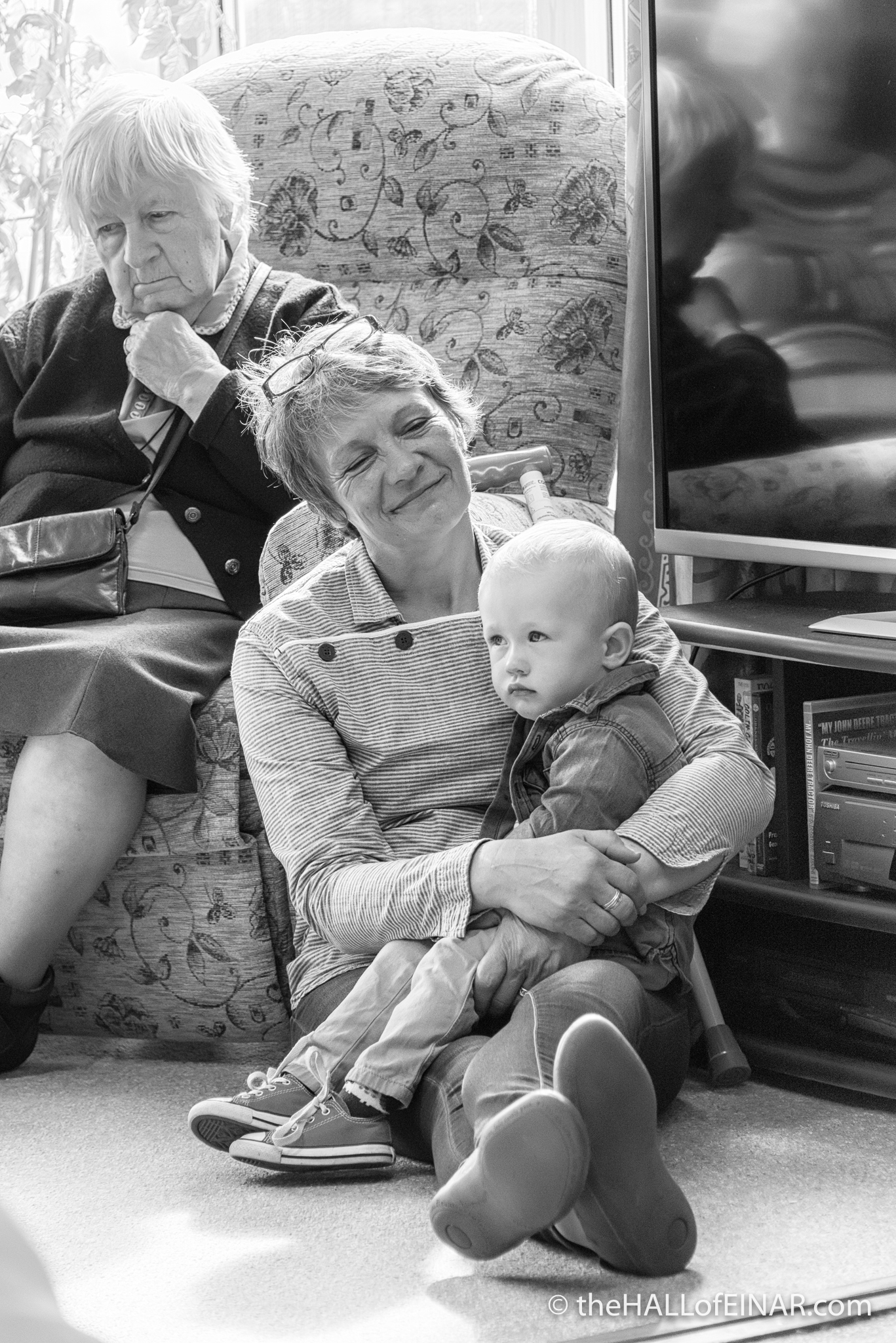 Then we’re all outside in fine weather for the Kirkwall City Pipe Band who have managed to introduce a really groovy feel to their playing while still pleasing the crowds with traditional favourites. They play in the brand new garden of Kalisgarth: 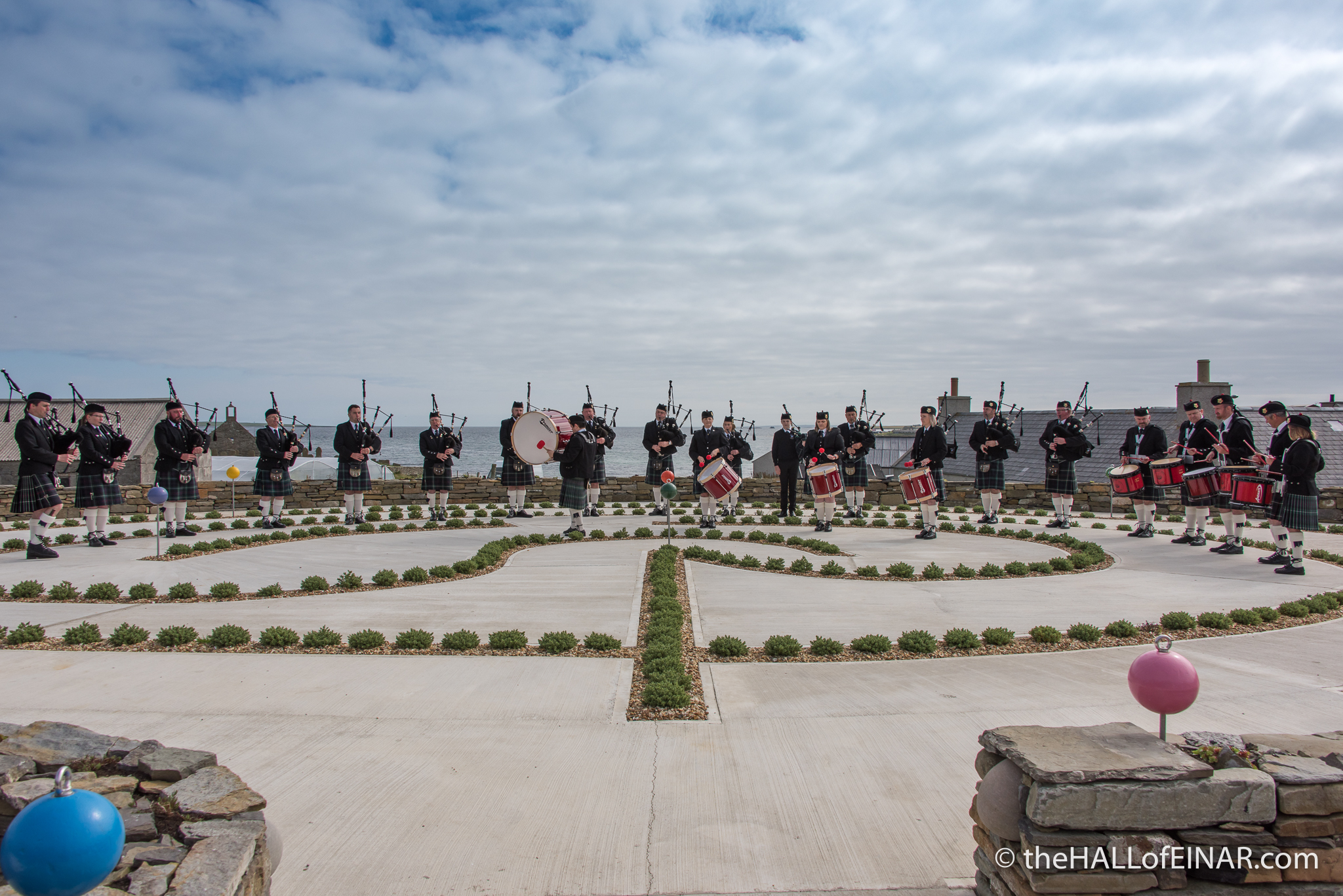 It’s a great start to the day’s music. There are only two more venues, a grand parade through the Village and an entire night of music to come – and that’s just today!