The second free ‘Taster Session’ of music around the village of Pierowall as part of Westray Connections 2017 is in the Westray Heritage Centre. We start with ‘No Boys’ who give us an amusing series of quintet harmonies. “They’re like a barbershop quartet aren’t they?” someone says to me. Yes, they are, with 25% extra free.

It’s standing room only and more chairs are shuffled in to fill all the remaining spaces.

It’s soon time for the Stereo Lobsters who are a surprise and a delight: 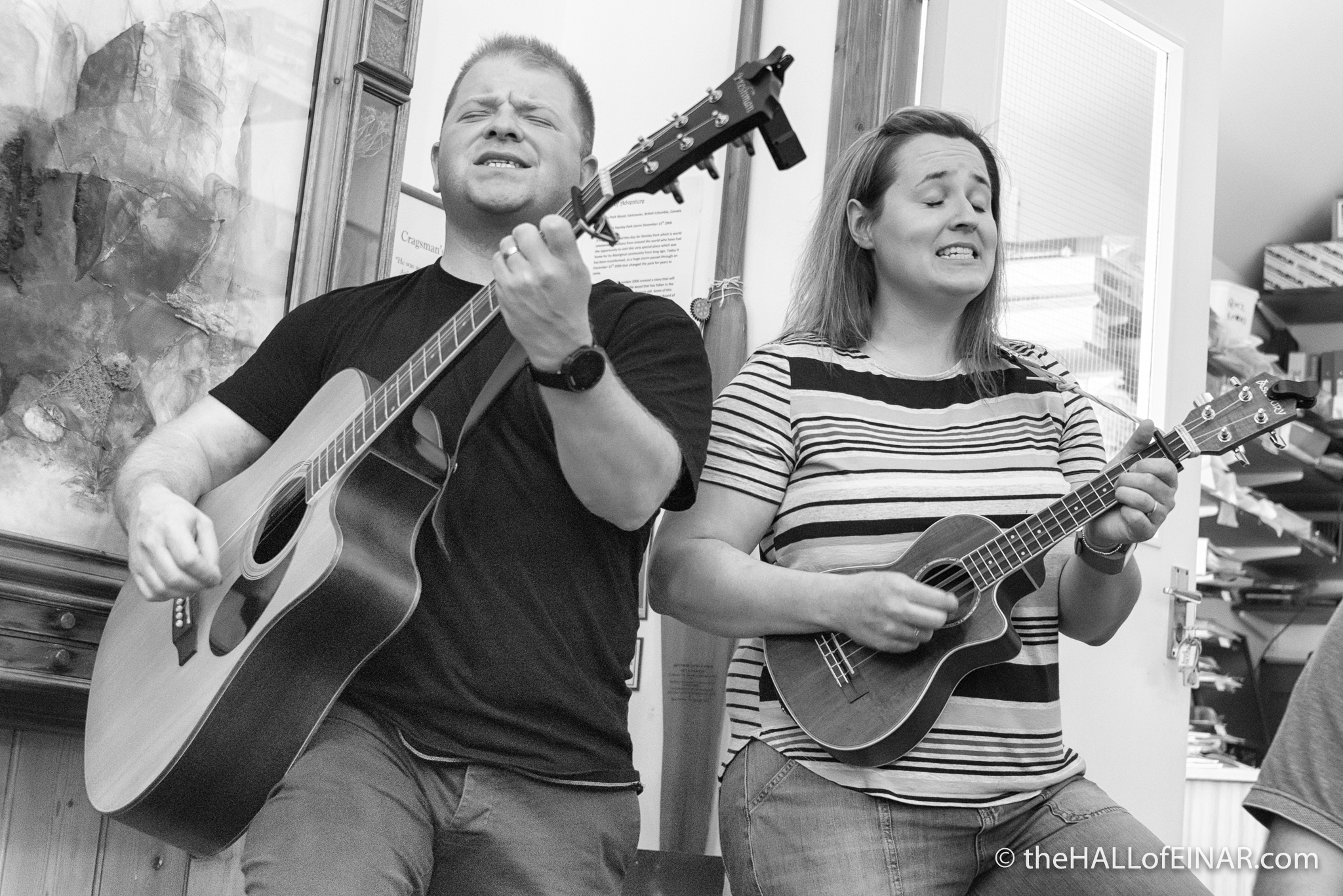 How refreshing to have a band playing with such unrestrained joy:

David Mazza is the final act. He’s one of the three medical doctors on the Island. He gives us a stirring rendition of “On Ilkla Moor Baht ‘at”, the unofficial anthem of Yorkshire. It’s unfortunate that most of the audience don’t seem to know what a ‘bartat’ is until the final lines. It’s ‘without a hat’ in Yorkshire dialect. I sing along with gusto even though I’m originally from across the border in the county with the right coloured rose, Lancashire.

As the Island doctor he’s obviously not used to seeing the people in his audience smiling or wearing clothes, so he keeps his eyes closed for much of the performance. It must be like an anxiety dream or even nightmare for him; being a doctor and waking up thinking that you’re on stage playing ‘Ilkley Moor’ to all your patients, and then realising that you are. 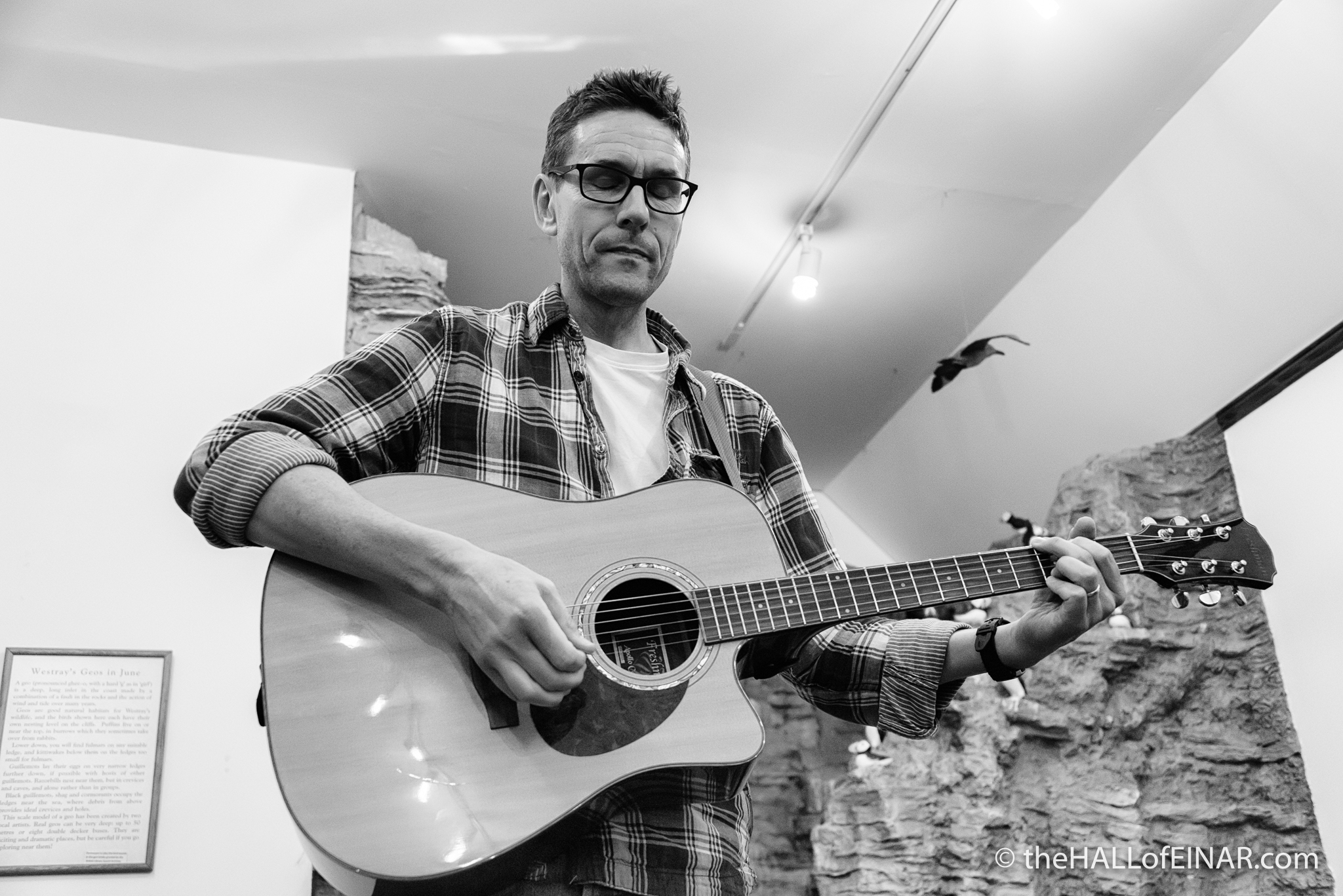 David gets a huge round of applause at the end of the session. People who serve the community here are loved by the community; especially if they can do a song or dance routine as well.

Then it’s time for everyone to leave. The tactics used on Day 1 of Riot Police training always come in handy for the quickest way to disperse a crowd. Tear gas? No. Water cannon? No? Take a collection; that’s the most effective crowd dispersal technique known to mankind. 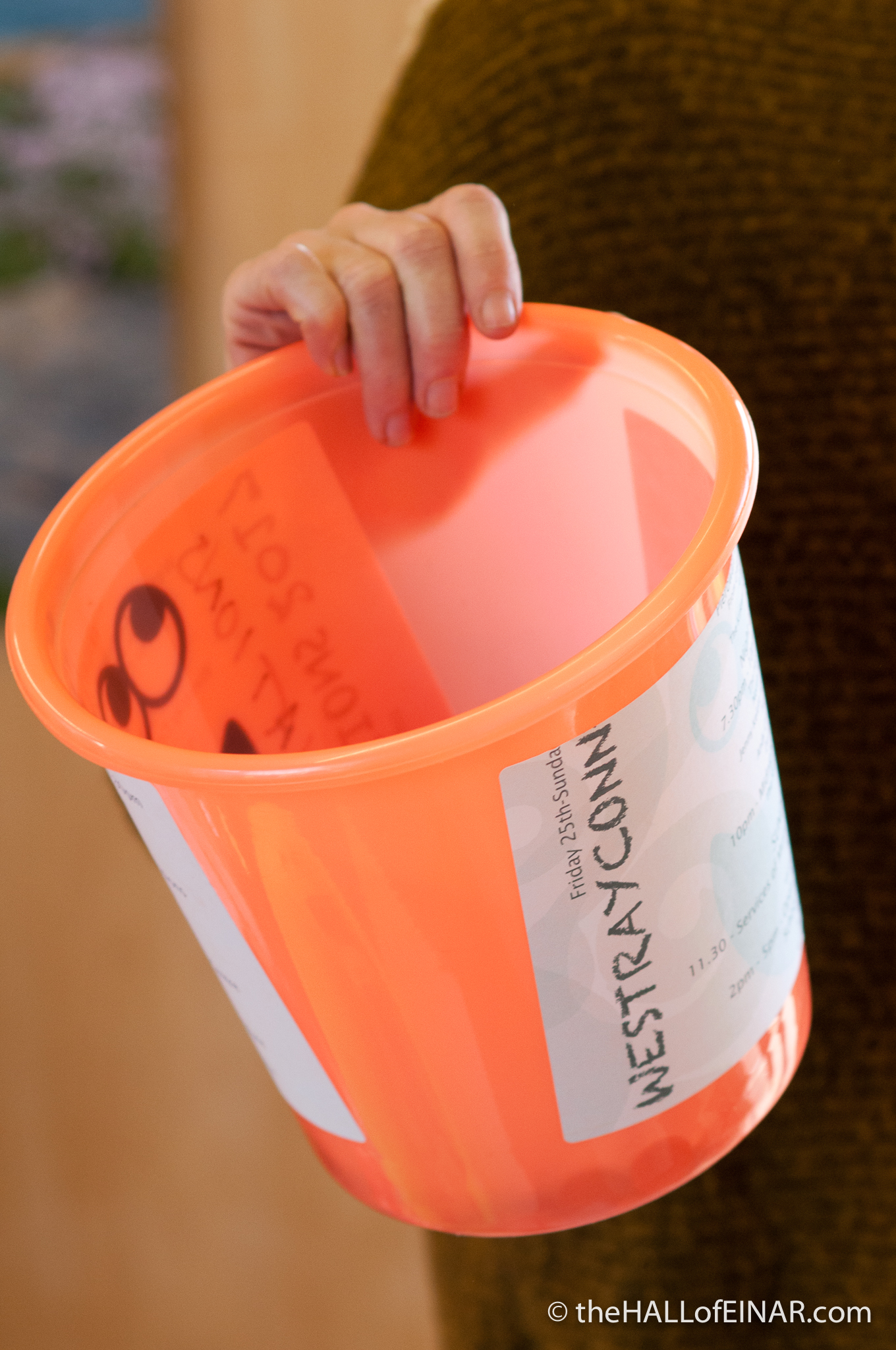 Thanks to everyone who donated to help pay the musicians. So much talent on one tiny island.