On the endless A9 as I travel north from Devon to Orkney the lay-by numbers help denote the passing of a day spent in the car. At lay-by 71 I stop to stretch and admire the clouds and the flocks of Swallows gathering ready for their great migration back to Africa. 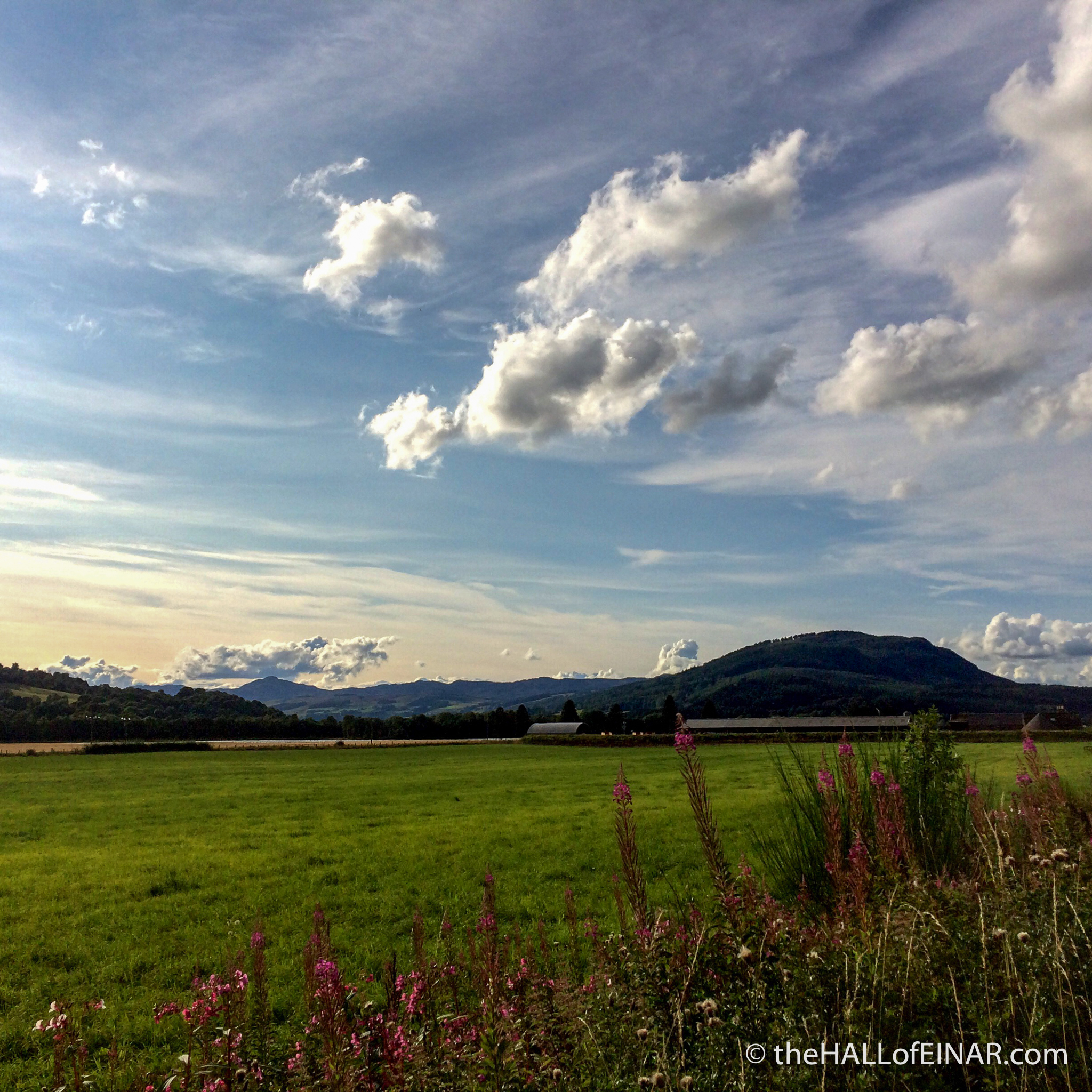 I only have my phone camera with me. I can see the flowers have opened in sequence up the stems of the
pink Rosebay Willowherb nearly to the top. That signifies the changing of the seasons. Soon, the abundant fluffy seeds will appear, catch the wind and be gone like summer.

I walk along the verge as traffic thunders past and I’m thrilled to see a Waxcap fungus, brilliant red and yellow against the lush green grass. Waxcaps must have been very common fungi in the past. They live in ‘unimproved’ grassland; meadows which haven’t had their diverse ecosystem ruined by artificial fertiliser. Chemicals from the petrochemical industry have been spread on fields for many decades to make grass grow artificially fast to provide greater foodstuff for farm animals. Roadside verges are some of the best grassland environments because they haven’t been ‘treated’ and can sustain a wide range of plants and fungi. Just like with hedgerows, it’s verges which are the edges of our use of land which are the most valuable for life. 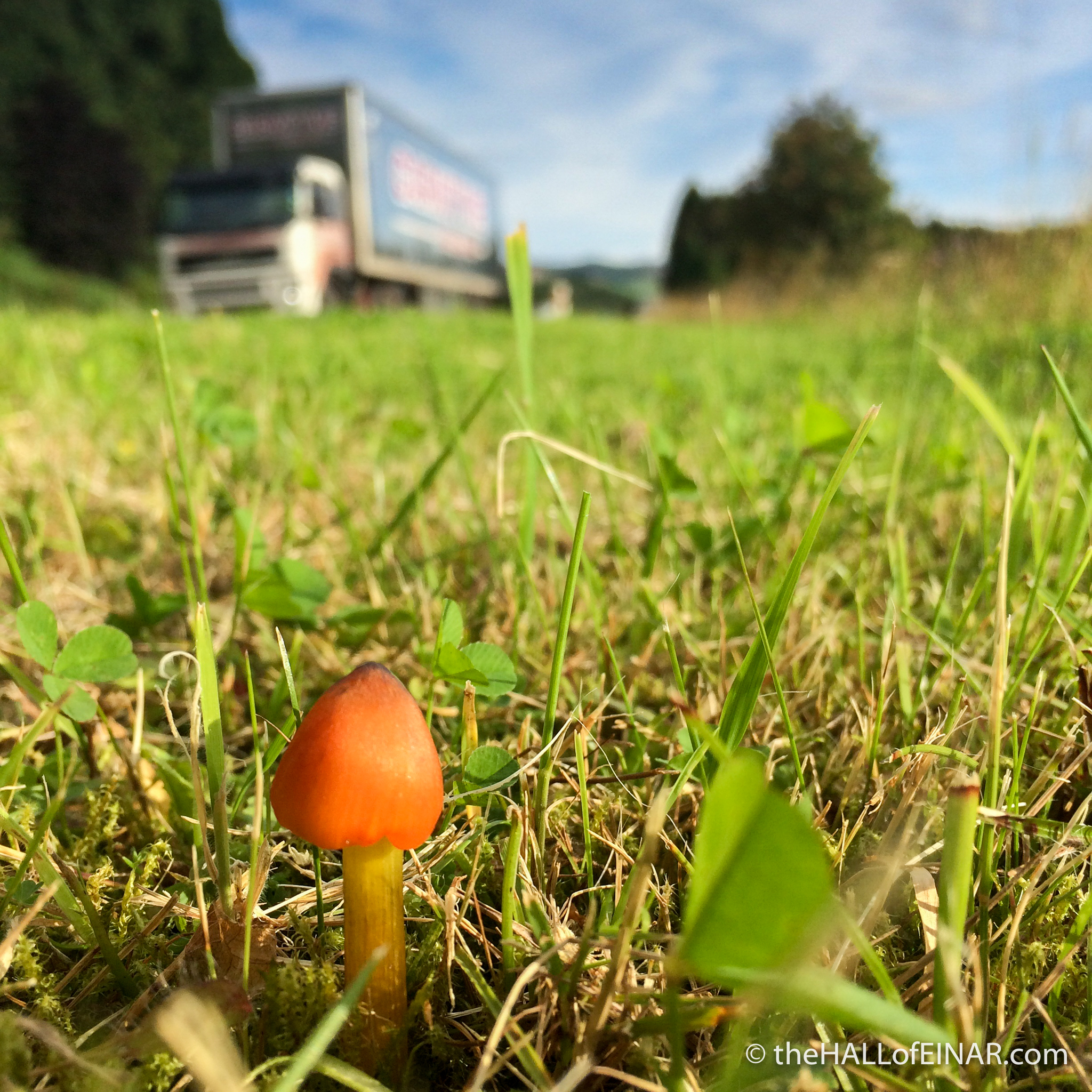 ‘Improved’ is often a euphemism for ‘having been ruined’. My dad did ‘home improvements’ to our Edwardian terrace when I was a child which involved stripping out all ornate fireplaces, removing picture rails and boarding over panelled doors. We’ve done something similar to our land and our treasure-trove of the wealth of natural life has been reduced to a handful of places with its ‘original features’.

Arriving in Orkney I wander into the small field at the back of the house and there, like a beacon, is a red wax cap against the lush green grass: 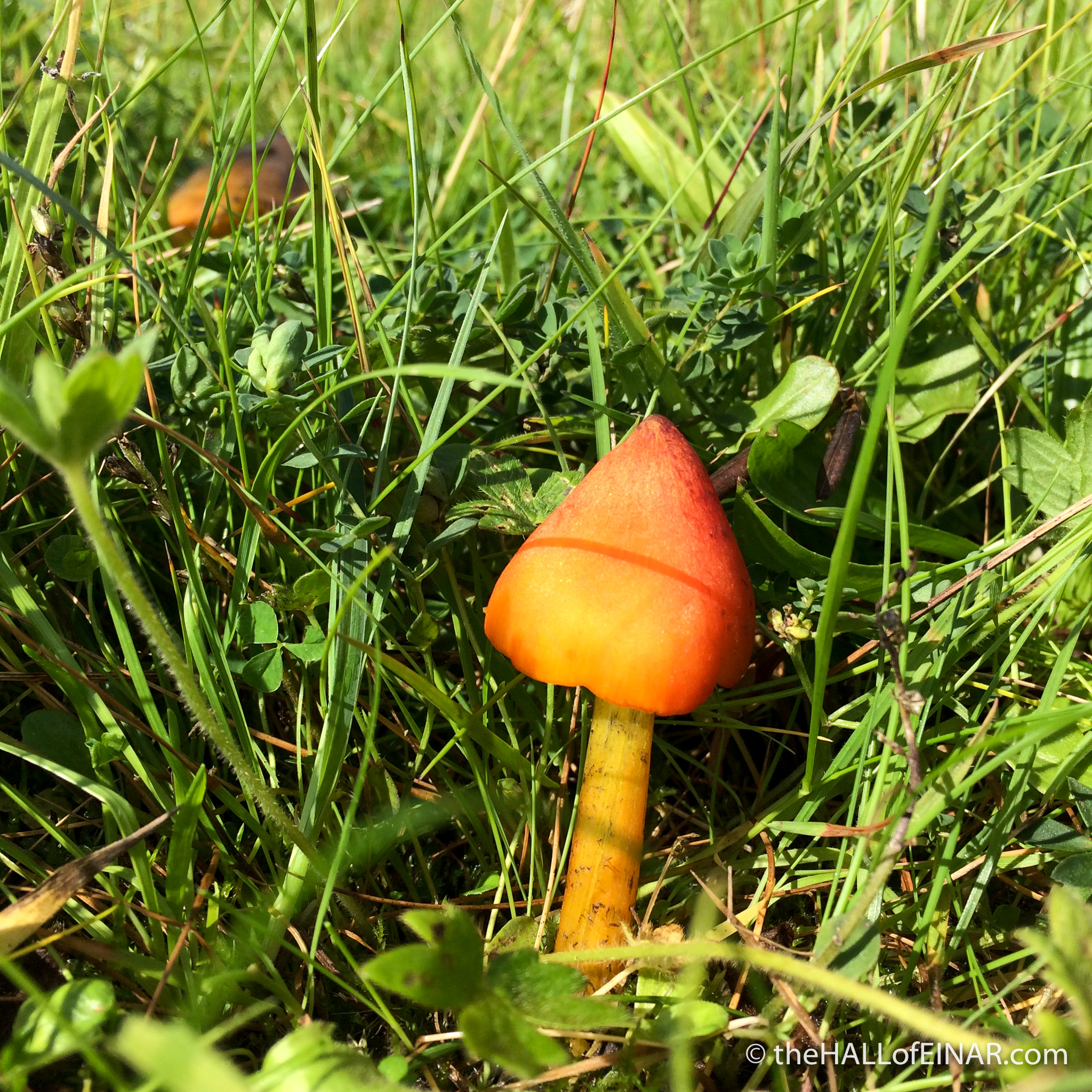 This small patch of land has been enclosed by a stone wall and not used for farming since the 1860s. It’s not had artificial fertilisers applied and the diversity of the plant species in just this small patch is fabulous. It’s had the occasional munch by a neighbour’s pony or sheep to ‘keep it down’ but that’s it.

This one is the Blackening Waxcap, Hygrocybe conica, also known as the Witches Hat because it turns deep black: 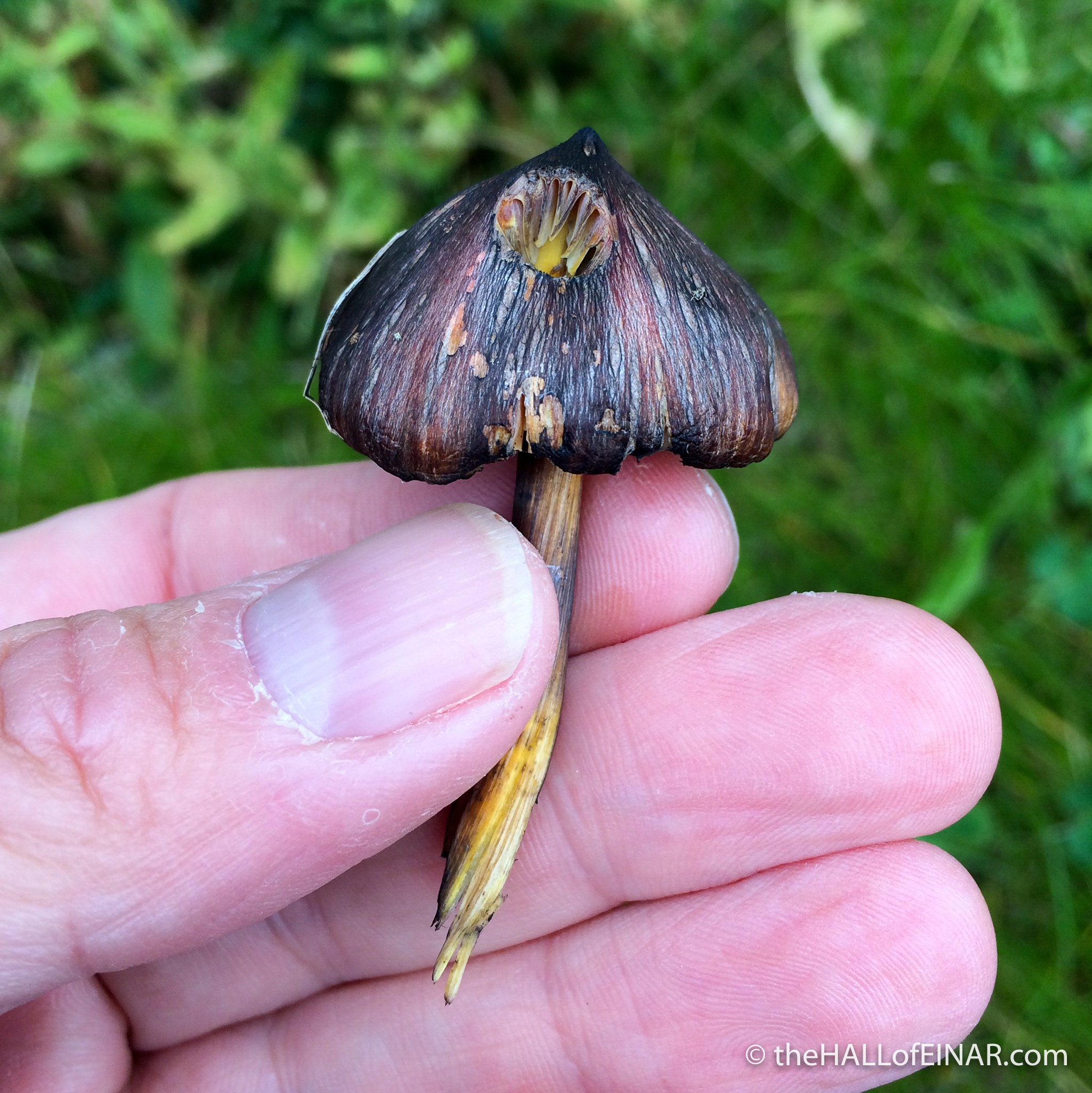 Long may my little patch of grassland remain ‘unimproved’. Perhaps we should even begin to think about putting back some of the ‘original features’ in other fields.