Over the past decade on Westray one thing has struck me very forcefully: the ability of the shops to stock a single flavour of yoghurt in curious and slightly obsessive depth. It’s always there, sitting proudly on the shelf, proclaiming “I’m the only yoghurt flavour on the Island.”

On my first visit it was the obvious choice for a single flavour; rhubarb. If you’re going to pick a single flavour of yoghurt for mass consumption to the exclusion of all other yoghurt flavours then surely it would be rhubarb, right? No? You surprise Westray.

Then it was coconut flavour yoghurt and nothing else. That’s kind-of nice, but it tastes of coconut. All of it. All day. Every day.

In 2013 the fridge held a line of large tubs of Raspberry, Cherry and Pomegranate going as far back as the eye could see.

Onken? I nearly did!

In 2015 the flavour was the rarely seen, unusual and probably deeply discounted Lemon Curd or nothing:

Flavour of the month

That’s Banana and Custard flavour yoghurt and no other flavours at all. Really, have a banana and some custard, or even banana flavoured custard, but please don’t add flavourings to my yoghurt. It’s too much like baby food already. Yeo! Give me some dignity.

Banana and Custard flavour was followed swiftly by the obvious choice to order from the catalogue or pick up at the wholesalers: Strawberry Cream Tea, “With a taste of scone and a hint of tea.”

A flavour of the times

That’s Strawberry Cream Tea flavour yoghurt and no other flavours at all. ‘Limited edition’ it said. It was.

What will it be this year?

All three shops are in new ownership now so maybe things will have changed. Maybe.

Yes! Things have changed! There’s not just a single flavour in the fridge! We have a choice!! Freedom of yoghurt flavour! We have been liberated from the tyranny of single flavours. They now have, hushed silence and dramatic pauses, four different flavours of yoghurt. ‘What flavours?’ I hear you ask: 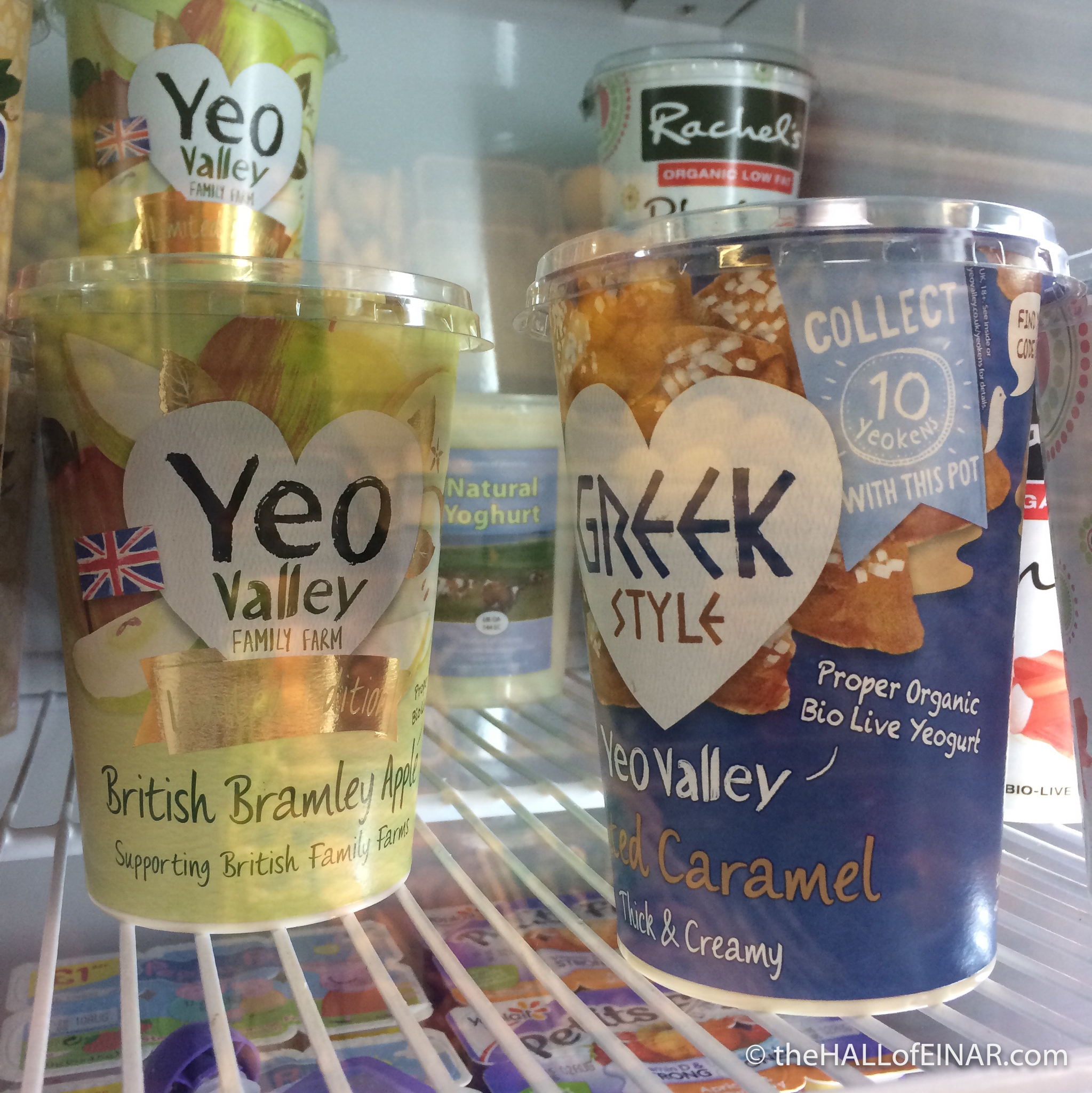 Then there’s the classic Westray bestseller, the queen of yoghurts in the Queen o’ the Isles, may I present to you; Rachel’s Rhubarb.

But what’s this? Towards the back of the fridge. Wilsons of Westray? Natural Yoghurt? From cows on the Island? Wonderful! Finally, after a decade of waiting, there is always natural yoghurt in the shops. Thank you Wilsons of Westray. I love you. You have liberated me from the tyranny of single, obscure, needlessly fashionable and slightly perverse yoghurt flavours.

Thankfully their natural yoghurt is wonderful. Now what fruit or flavourings shall I add to my natural yoghurt today? After all that excitement I think I’ll just have it plain.

You can catch up with Jason and Nina Wilson’s adventures in cheese and yoghurt on Facebook here.

3 Responses to "Guess the Yoghurt Flavour"