When arriving back at Einar I go through the same routine. It involves turning the electricity on:

That wiring looks safe, doesn’t it? I turn the water on and then find the tank’s empty and the taps spurt fresh air for minutes on end.

I’m impressed this got to me, despite the misspelling of the house’s name.

Then it’s time to see what’s died in the hall. This time the only carcass is a juvenile Starling. A bird must have been in the house as well, even though there’s no sign of it now; apart from the bird poo all over my coat.

Then I check for mice. If your nearest neighbours’ houses are called Musland and Mousebrae, that’s telling you something, isn’t it?

I usually find a punctured airbed, an eaten block of lemon soap or a nibbled draught excluder. What will it be this time? 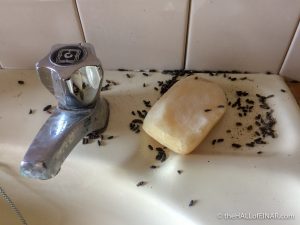 Mice nibble… #14 Mice. Yes, mice. They really will nibble anything. Anything. This used to be a nice bar of soap. It's perhaps… read more 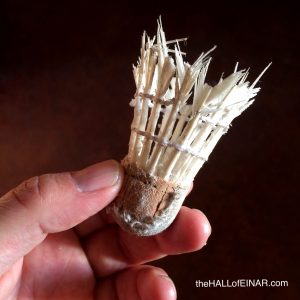 Mice nibble… #13 In the past, the mice at Einar have eaten my air bed, my slippers, my rubber gloves, bicycle inner tubes… read more 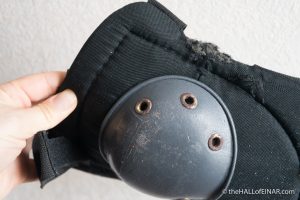 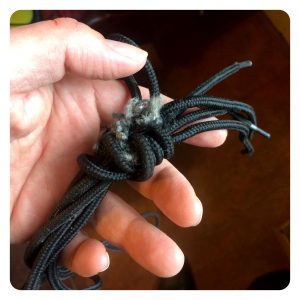 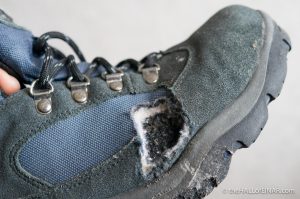 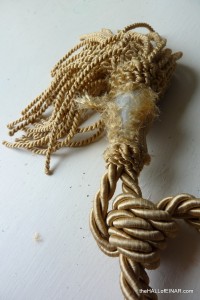 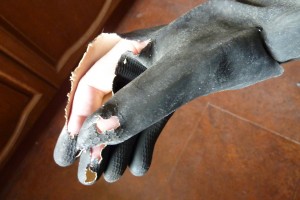 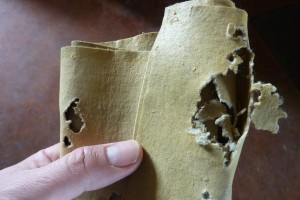 Mice nibble… #6 Shammy leather. Thanks to the mice my car windows will remain dirty - they've eaten my chamois leather. I wasn't… read more 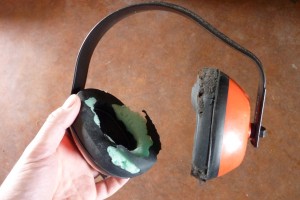