There was the time they nibbled my sleeping bag:

That wasn’t very kind of them since they had already chewed holes in my airbed.

Then the curtain tie-backs felt the force of their tiny gnashers:

My walking boots got customised ventilation:

And finally my badminton shuttlecocks:

What else is there that they haven’t put a hole in, ruined or peed over? The answer, of course, is a jumbo car sponge: 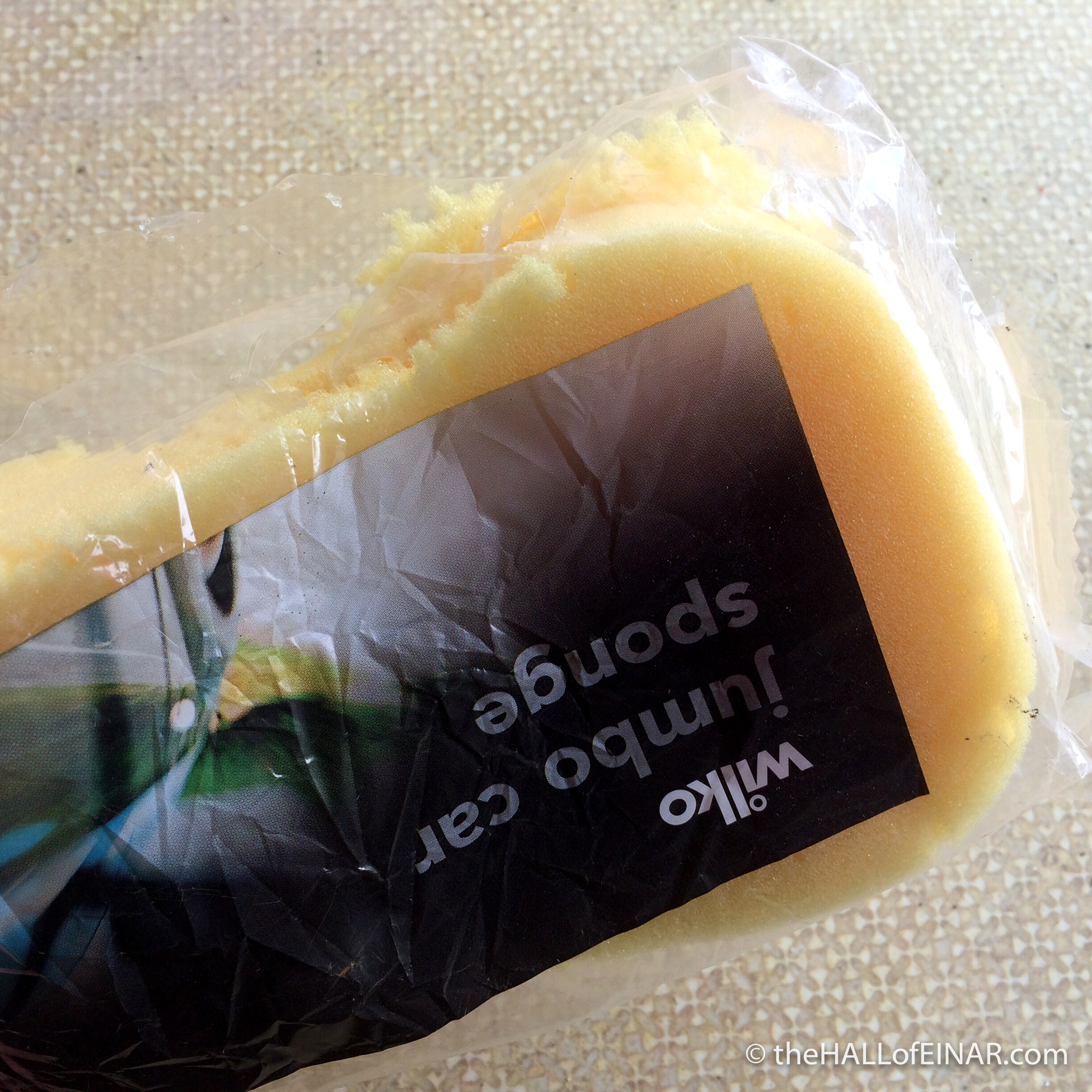 Until this time I’ve never heard them or seen them in Einar. This time is different. There’s one (and where there’s one there will be many, many more) scratching and gnawing inside the wall. It doesn’t seem to care that we’re there.

Next time, I’m expecting a large tally of newly chewed objects. Stay tuned. There’s only one guaranteed way of keeping mice away and that’s to give them the smell of fear. How do mice get the smell of fear? Well, it’s the proteins in cat urine which do it for them. Unfortunately it would probably keep any human guests away as well.