We’re on Westray and only have a few hours before sunset to see some wildlife at the Castle o’ Burrian. At least that’s what I think.

There’s wild Angelica growing on the tops of the short cliffs. I’ve always fancied trying Angelica. The candied Angelica looks fascinating, such a deep green colour and often in diamond shapes for cake-making, but my friend says it’s like over-sweetened celery.

There’s a Twite being buffeted by the wind and pecking at some Dock flowers: 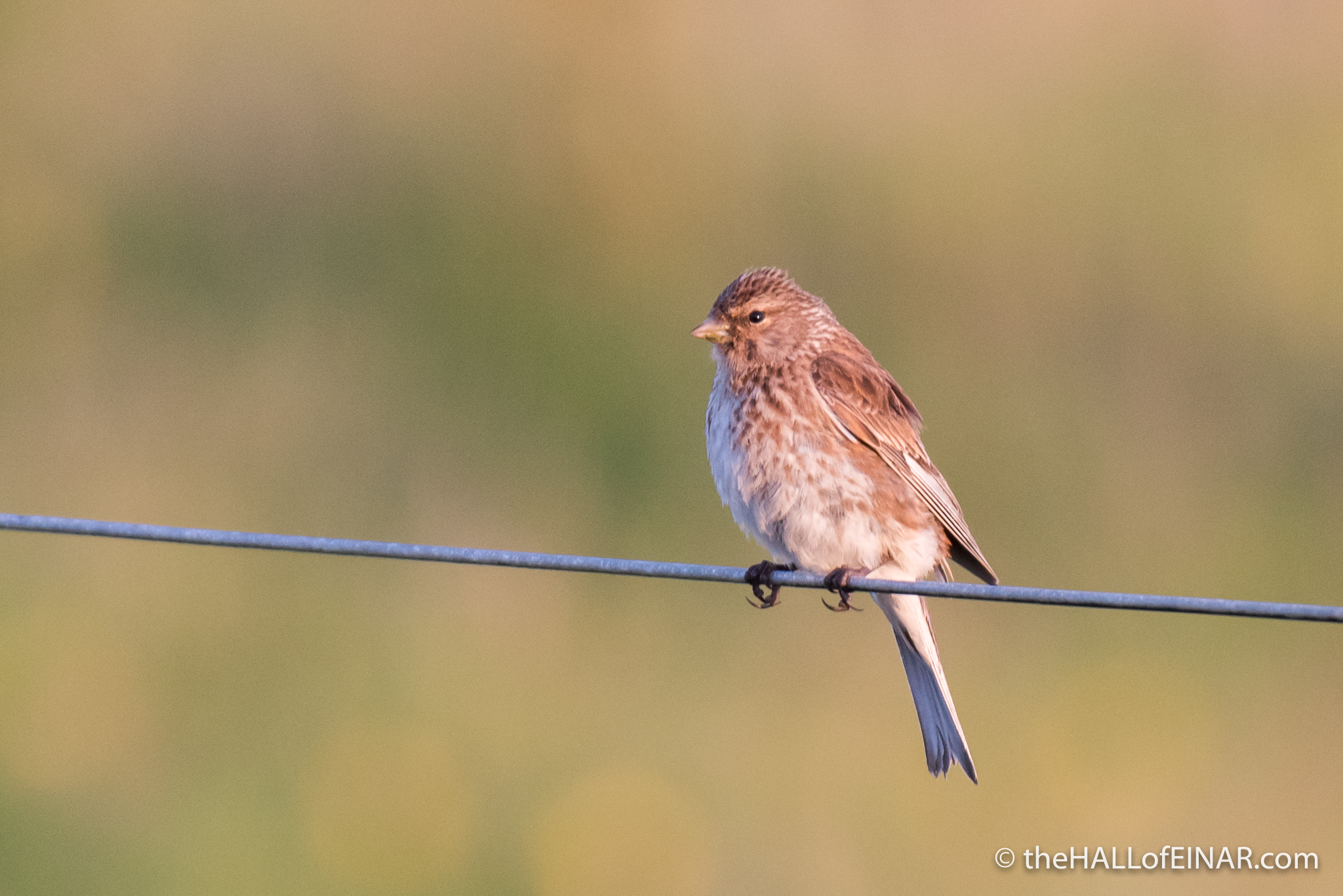 It has such beautifully subtle plumage: 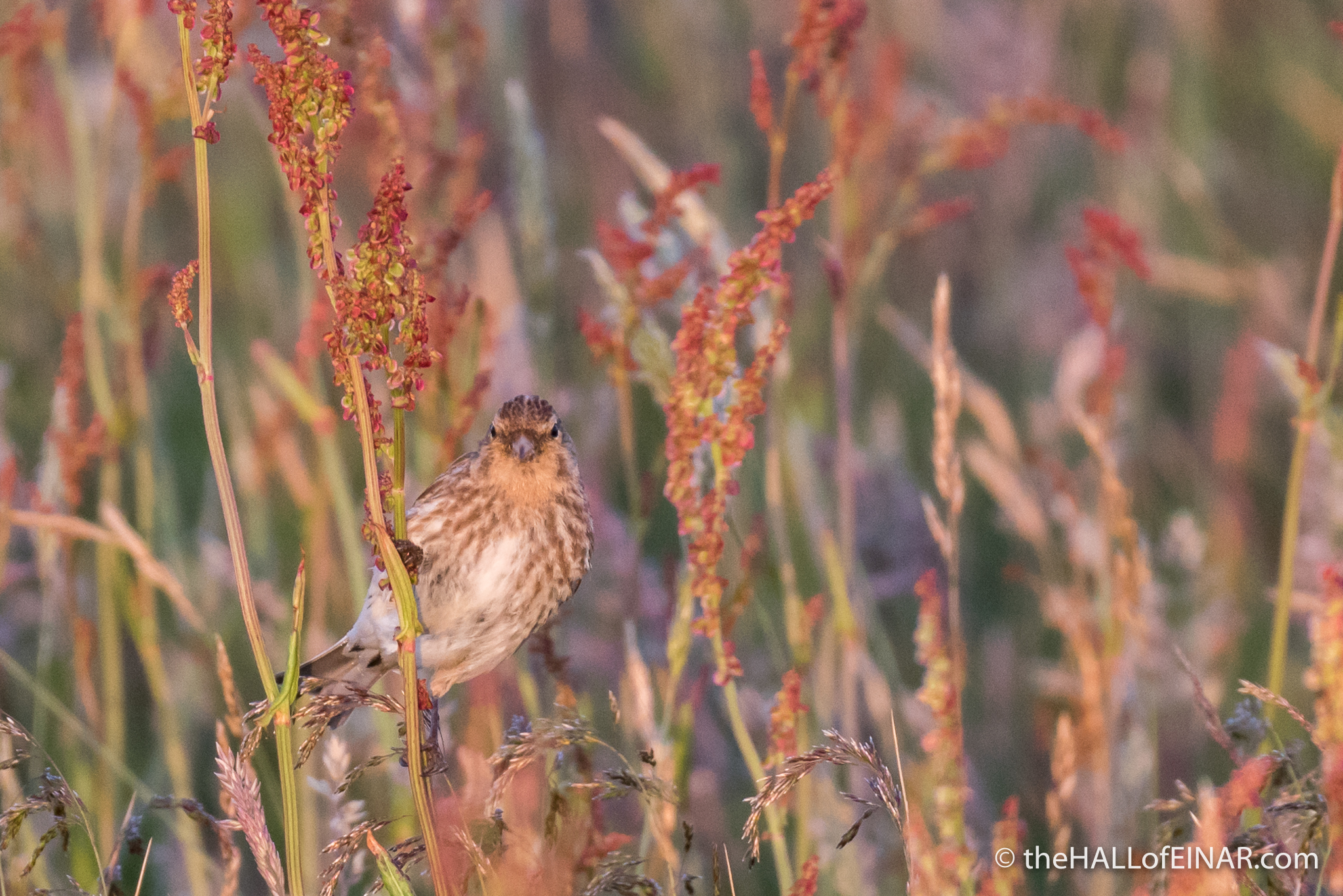 There’s a pair on the barbed wire fence: 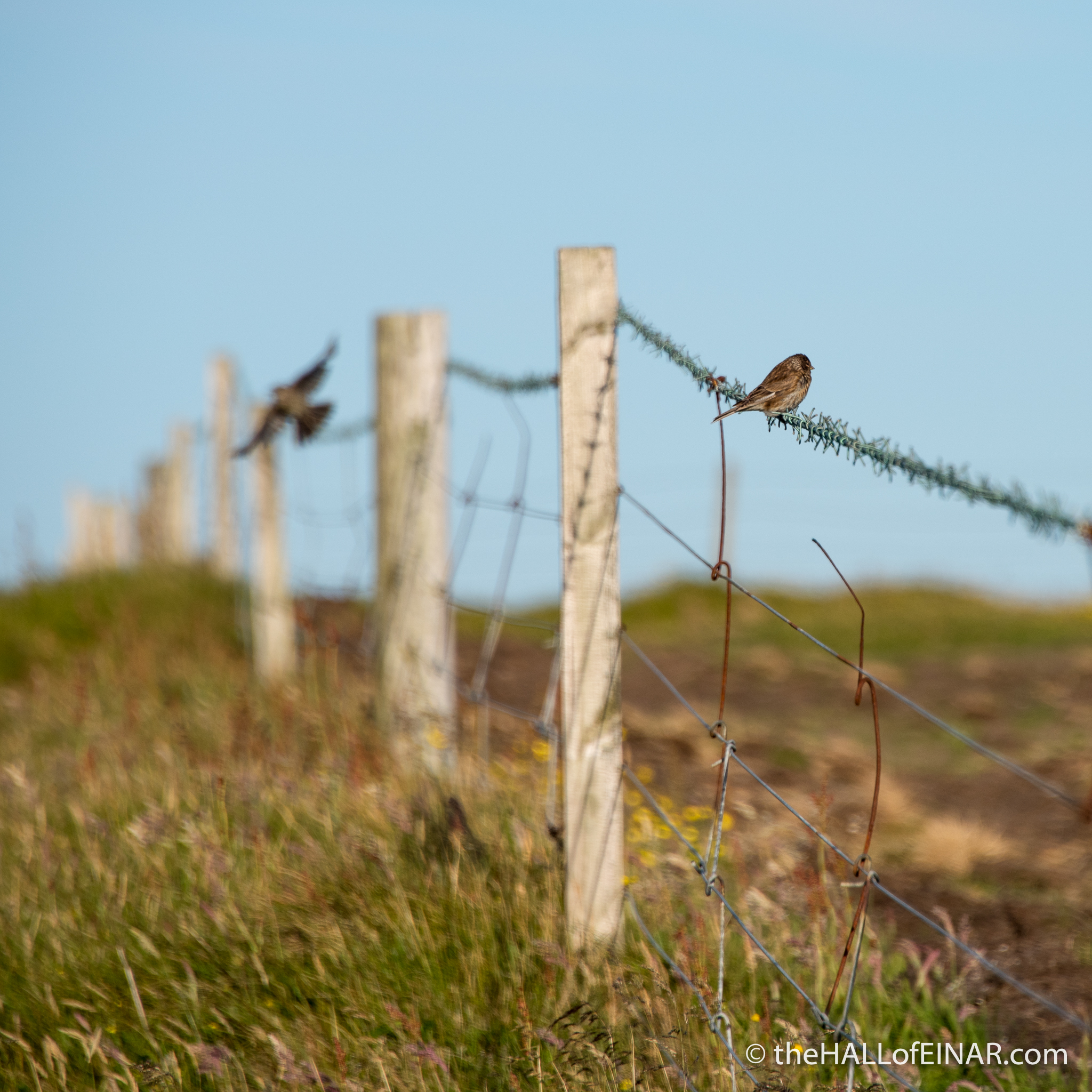 They flit so quickly they are hard to follow.

Tonight is the first time I’ve realise that the Castle o’Burrian, a well-known local landmark and home to a colony of Puffins, has a hole through it. The whole of the coast here is very beautiful in this light:

Fulmars (known as Mallimacks here in Orkney) are the greatest of fliers and manage to glide effortlessly whatever the wind direction. With the wind, into the wind, across the wind, it’s all the same. They only ever seem to flap their wings for a sudden change in direction. When landing, however, they are not so elegant:

There’s a sight of our first Puffin of the evening with a cute over-the-shoulder-look: 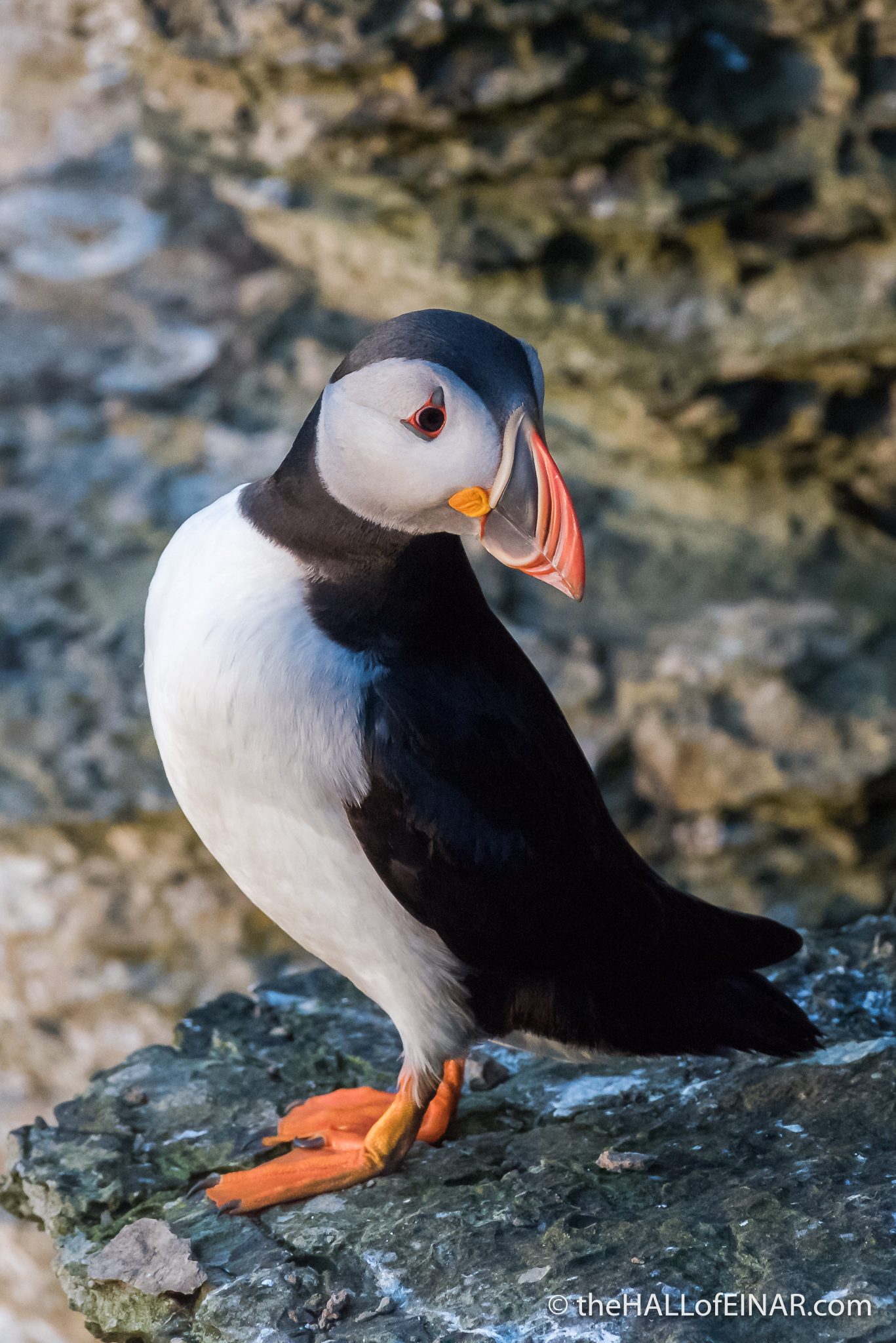 It looks as if its feet are made of rubber to me.

There are plenty more, standing like comic sentinels on the cliffs:

There’s a parent Shag with two juveniles. Given the state of the nest on the far left, I imagine they are being told to go and tidy their bedroom. It looks like they might be ready to fly the nest soon: 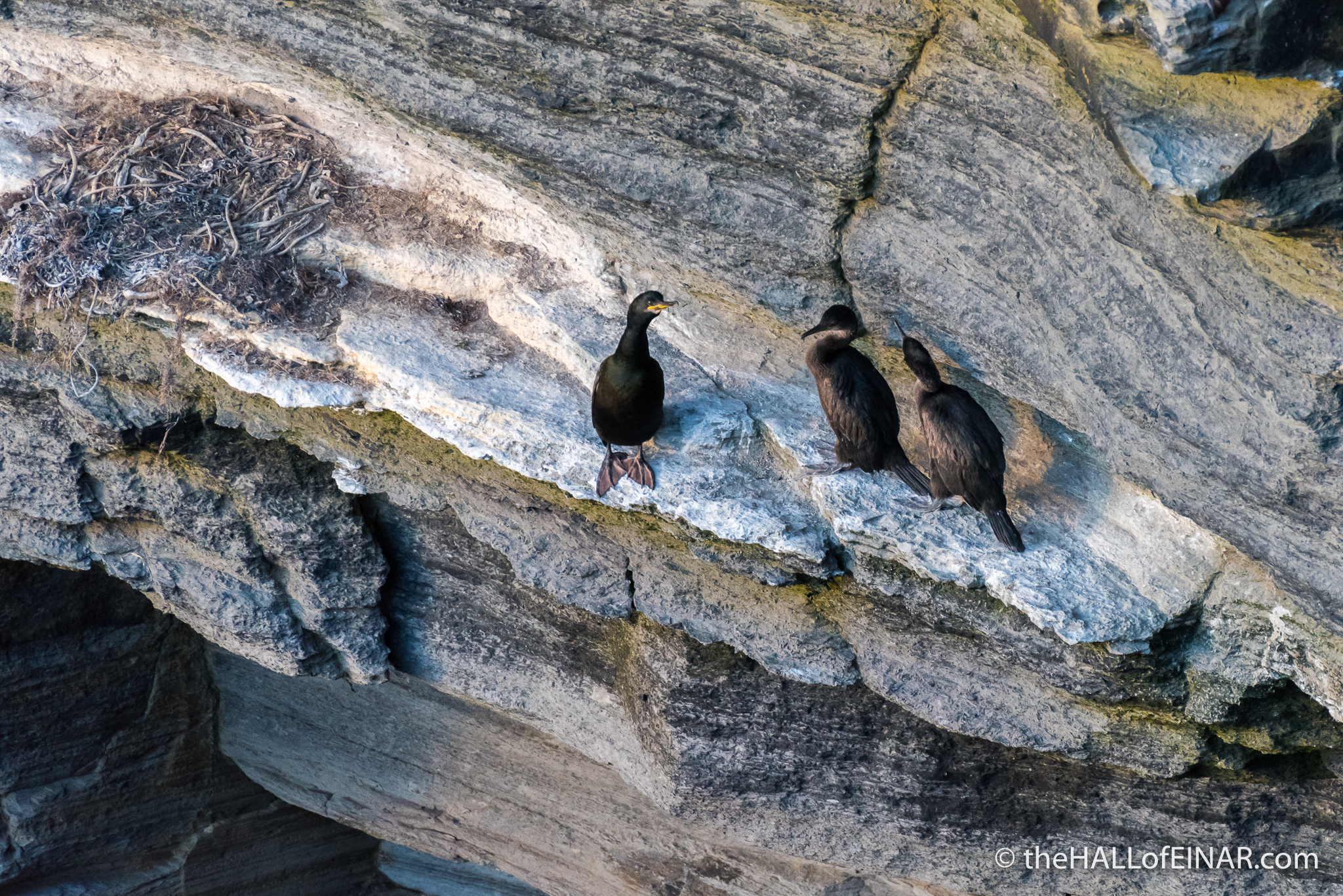 A gull flies past, crisp against the evening sky. It looks too big to be a Herring Gull: 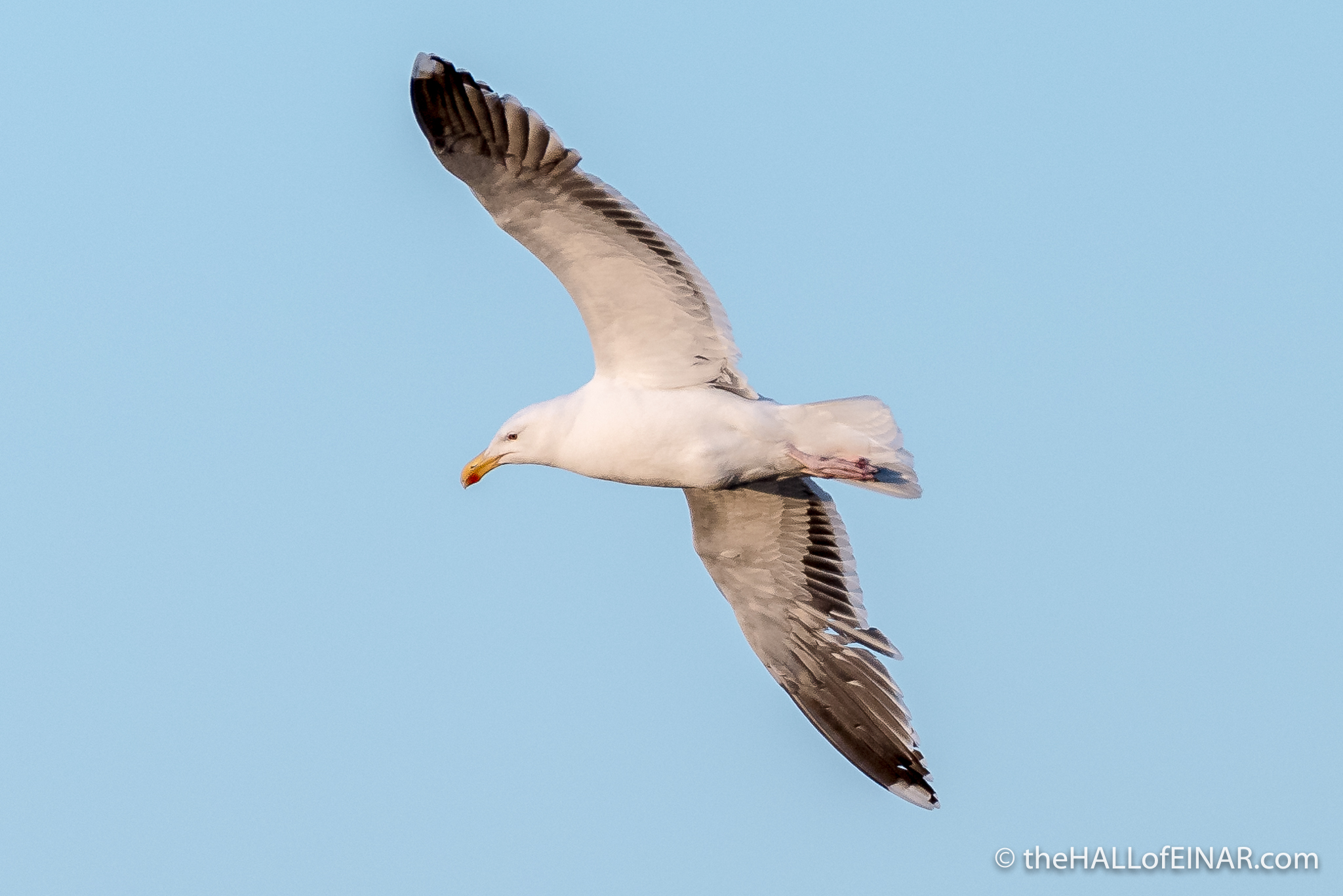 As we track back there’s a final Puffin in the fading light. 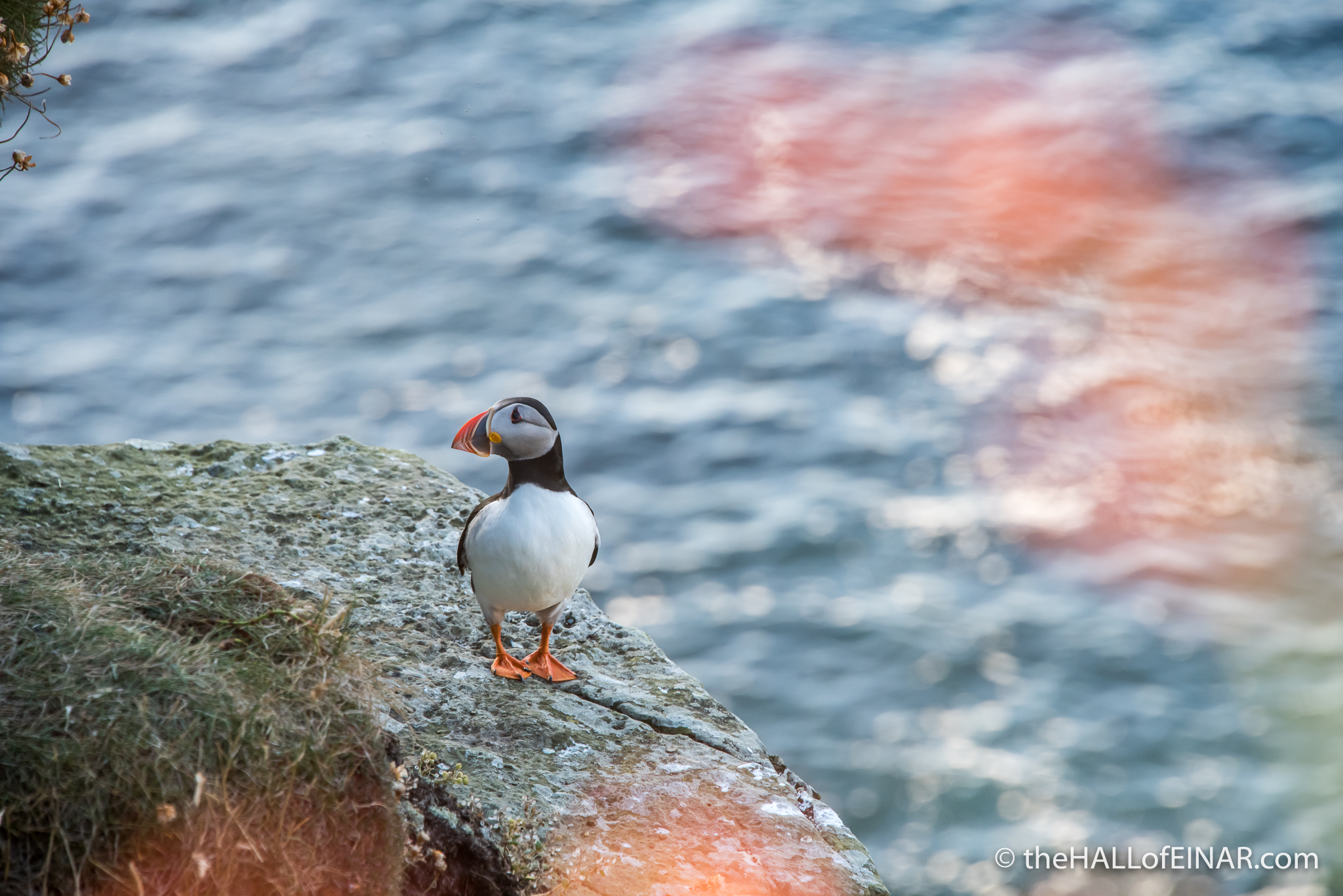 We had a lot longer than I expected because it’s after ten o’clock and it’s still light this far north. The final rays of sunlight fall behind Einar as we head, literally, into the sunset.

2 Responses to "The hours before sunset"