I was completely blown away by Sangar Mill. It’s incredible that’s it’s survived so intact, with the windmill mechanism still visible and apparently the mill is still in the barn. Sangar is an original croft from 1790 or 1810 with a slightly later windmill and kiln.

The windmill was used to thresh oats and bere barley and the kiln was used to dry the grain before it was ground at Rapness Mill. According to the Scottish Windmills Survey the threshing tower, the gearing and all the machinery are the most complete example of its type. Hold on, there’s a Scottish Windmills Survey? Now that’s a job I’d love! Thankfully but also tragically the only things missing are its sail arms and sails. Amazingly it was still being used until 1950, when the farmer James Seater retired.

Using wind and water to power our industry and agriculture? That’s so futuristic! Actually, it’s so 18th Century. 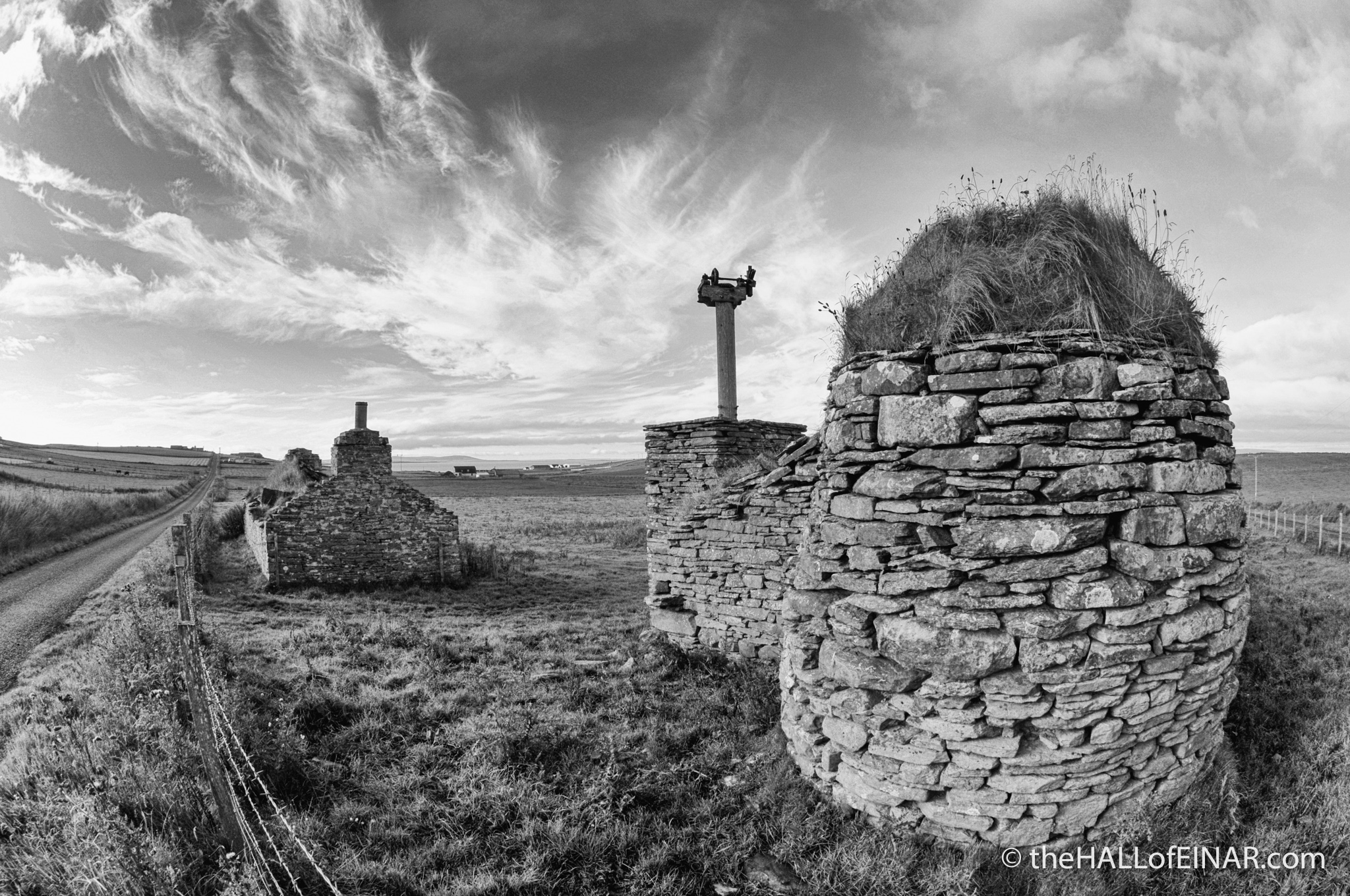 One Response to "Blown away by a windmill"