I’m in the Westray queue again now. A scaffolding pole and a name sign proves to be the most sensible way of getting cars in the correct line for each of the island ferries:

I’ve been here before:

Waiting in the Westray queue

The food in the cafe on the Westray Ferry has become a bit of a tradition with me. A cup of tea, a roll and a Tunnock’s Caramel Wafer is my usual order, as you can see from my previous posts:

Breakfast on the Ferry

The only real choice is whether it’ll be egg, cheese, bacon or some other filling in the roll. Then there’s the excitement of having made my choice and it being sold out and having to decide a substitute in double-quick time.

Thankfully the Westray ferry is large enough to be comfortable. I’m not sure I’d like to be on the Shapinsay ferry which is just leaving as we arrive at the pier. It looks as if you’d have to reverse off that one: 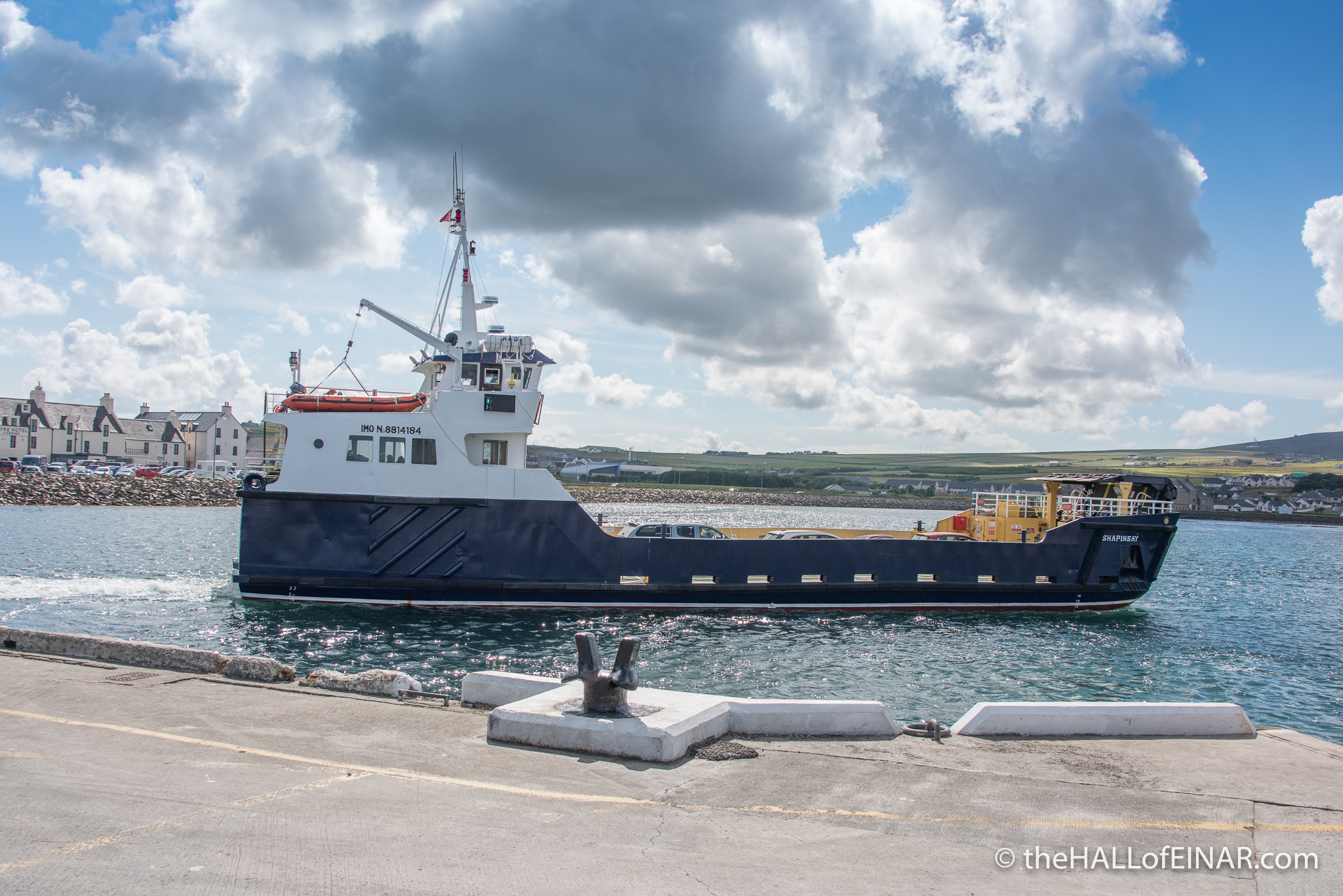 The Orkney flag is flying at the pier in Kirkwall. I’m glad to be flying the flag for Orkney as well: 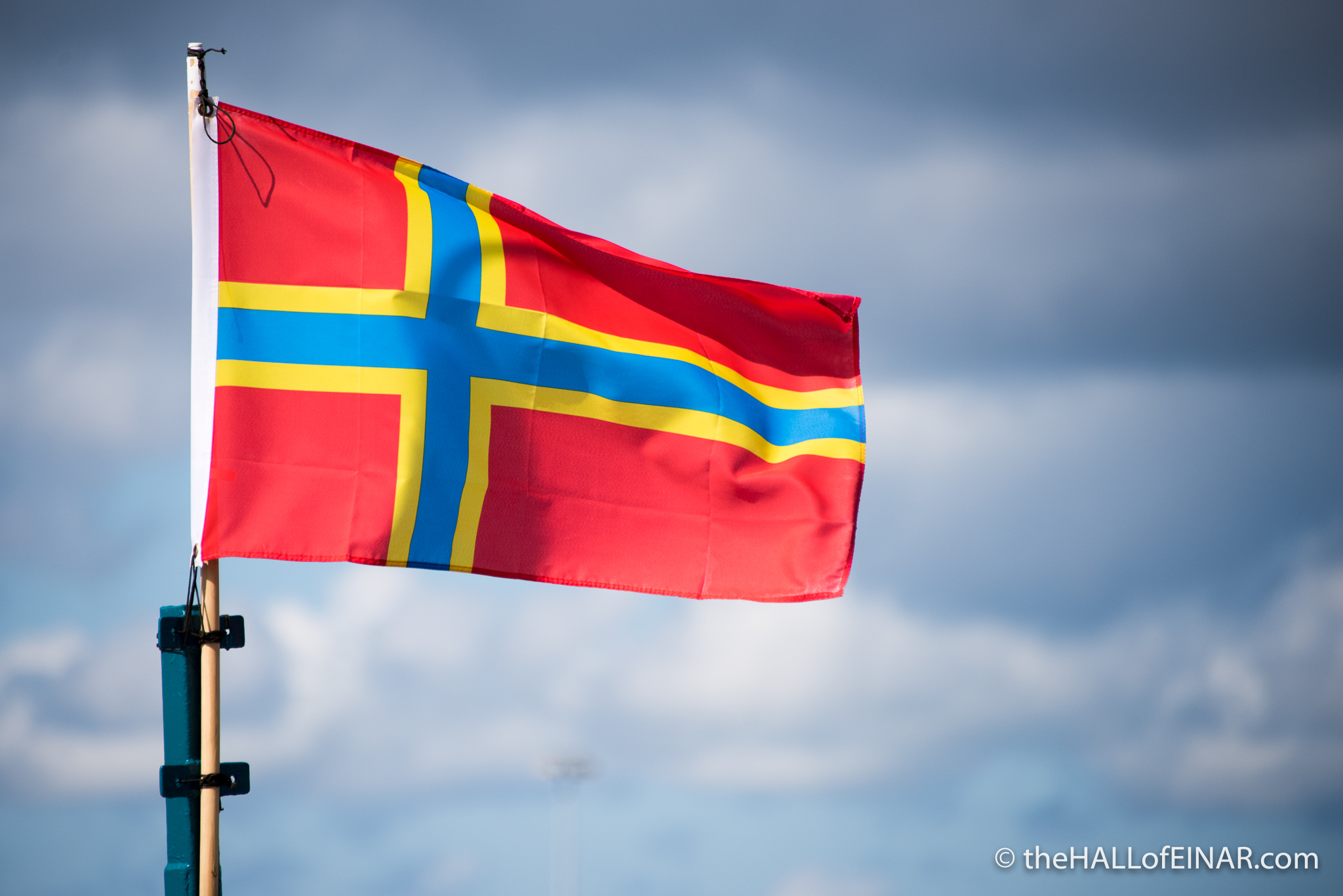 2 Responses to "Orkney Ferries to Westray"