The Dippers are resting so I decide to wander upstream and experience the sound of the water, the bubble of fish squirming in the pools and the whisper of the bursting buds. I find an attractive spot with a pebble beach on a bend in the river and sit down to take it all in. I’ve seen Kingfishers here, on the River Lemon, before. I’ve seen the blur of turquoise jewels over the water and heard the sound of their high-pitched peep. I’ve experienced the speed that means you never quite get your fovea on them and can’t quite see them clearly enough before they are gone around a bend in the river.

A few minutes later I can hear a Kingfisher nearby. It’s upstream and is holding a fish in its beak. It’s on a perch on the other side of the river. It’s a female, as I can see its lower beak is red. It looks stunning against the spring-green backdrop of Bear’s Garlic.

It flutters and lands directly opposite me, hidden behind a few new spring leaves from the trees on the riverbank. Those colours are incredible.

It’s still got the fish in its beak which is no longer wriggling and is clearly now safe to eat. It must be waiting to take the food into chicks in its nest. Kingfishers dig long tunnels in riverbanks with a nesting chamber at the end. I wonder how far away the nest is?

Then I realise I’m sitting directly opposite the nesting tunnel and the female is worried I’ll discover their nest if she enters it in plain view. I get my bag and crawl slowly away until I’m out of sight. I have muddy trouser-knees.

It’s an offence under the Wildlife and Countryside Act 1981 to intentionally disturb a Kingfishers’ nest. That probably means no more Kingfisher photographs for me, unless I can find a spot they like to fish in well away from their burrow, and set up a tiny portable hide.

If you ever see spectacular photographs of Kingfishers diving into water, or even underwater, they have probably been taken by abusing the birds and putting them at risk, as well as using unethical live bait. People use fish tanks full of fish, almost hidden under the water surface, artificial perches and flash photography to pervert nature into performing. I’d rather see a bad Kingfisher photograph or see no photograph at all, than treat wild birds like circus acts. How do you feel about it?

Here’s my attempt at a wild Kingfisher shot taken from a hide in Italy with no interference in nature at all. No tank, no live bait, no flash and no animal-circus danger to wildlife: 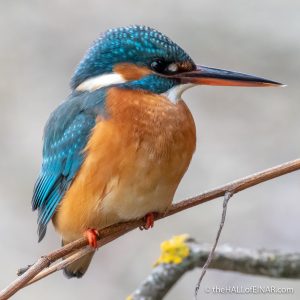 When the Kingfisher paid a visit There's a female Kingfisher on a nearby branch. I can tell it's a female because, as they say, "It's wearing… read more 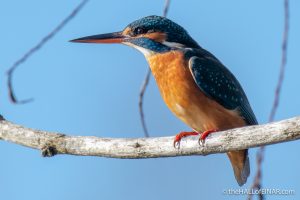 Before and after fish Before After This female Kingfisher is wonderful. She's bobbing her head, calling and peering into the water below. We've heard… read more 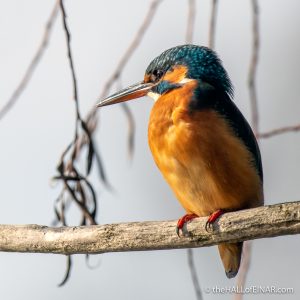 The King of Fishers The views of Kingfishers I've had before were fleeting. A brief glimpse of a flash of a bluish-emerald jewel disappearing… read more 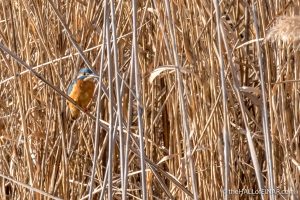 Martin the fisherman I'm in Italy on the trail of some interesting birds. The signs are good, literally, as there's a big three-dimensional… read more 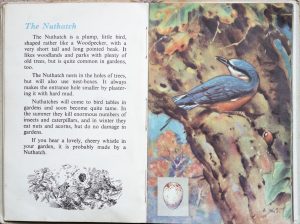 The Second Ladybird book of British Birds #9 – The Nuthatch Nuthatches in the 1950s and Nuthatches now. read more 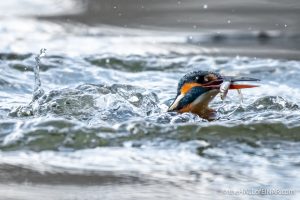 2 Responses to "Kingfisher on the Lemon"