I have a woodlouse issue. The red carpet in the bedroom is, well, carpeted in them.

Woodlice are crustaceans, just like crabs, lobsters and prawns. They have adapted to life on land and have evolved so they no longer need to return to water to breed. The still like damp places, though, which may be why they love Einar so much. They also have a varied diet which includes eating their own faeces as well as the dead bodies of their own species. Their blood has copper in it rather than the iron in ours, so they need to eat copper-rich foods to stop becoming anaemic.

The small bedroom at Einar is one of the few rooms in the house with a carpet. I have removed some of the other carpets as they were a little worse for wear and tear. One carpet which I didn’t remove was in the living room. That’s mainly because there wasn’t one. I always thought it was odd that there was no carpet there, given how useful carpet is in keeping your feet warm and stopping draughts. Then I found out why.

Here is my living room carpet in 1960 – the red carpet which used to keep people’s feet warm and stop the draughts – on Rapness pier on Westray:

It was taken up and put outside so that Elizabeth Windsor could walk on it on her visit to Westray. It was probably the only bit of red carpet on the island.

‘By the Grace of God’? If anyone else thought that they had a divine right to rule over me they would be well known to their local mental health team. They wouldn’t be humoured by sycophants who keep them in a real-life version of a royal The Truman Show.

Mrs Windsor’s handbag is interesting. The handbag was made by Mary Kent (née Mason) of Mayfield, a house on Westray just a mile up the road from Einar. It’s absolutely beautiful and I know local people still have identical bags. It’s made from a seal which was shot and skinned to make a fashion accessory. It’s beautiful, but I find live seals more beautiful.

Woodlice on my carpet. Indeed. 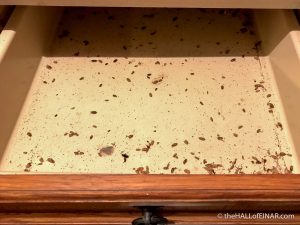 Kitchen drawer wildlife Woodlice. There are 3,500 species in the world and between 35 and 40 in the UK. They're animals which many… read more 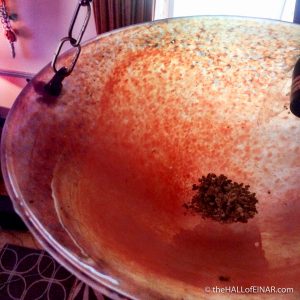 Woodlice in the lightshade It's been a long journey. To get to their final resting place, these Woodlice have had to get through the… read more 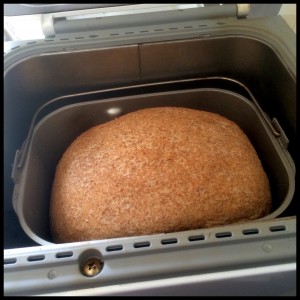 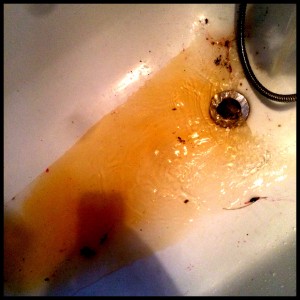 Letting it run It's time for a bath which means removing the woodlice and spiders from the enamel.    I think I might… read more 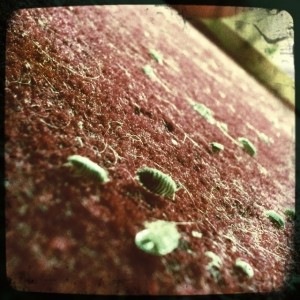 I’ve got a serious problem Why do people not believe me when I tell them that I have a serious Woodlouse problem? read more
Woodlice There was only one woodlouse on my face flannel this morning. My worry is that they're all still alive inside… read more
Top Tip for Today #10 Note to self: when arriving and cleaning the kitchen for first use, always empty the toaster crumb-tray of woodlice before… read more
Top Tip for Today #9 Woodlice are nutritious but not mint flavoured, so always shake them off your toothbrush before brushing. read more 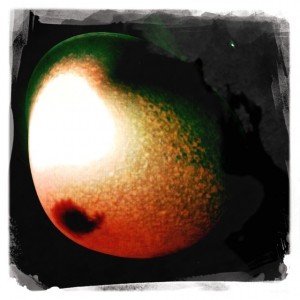 Real dedication There's a beautiful collection of desiccated woodlice in the upturned light shade. It shows real dedication that they crawled all… read more

4 Responses to "Woodlice on my carpet"