It’s Day 14 of turning the pages in this 1950s Ladybird book of British Birds. 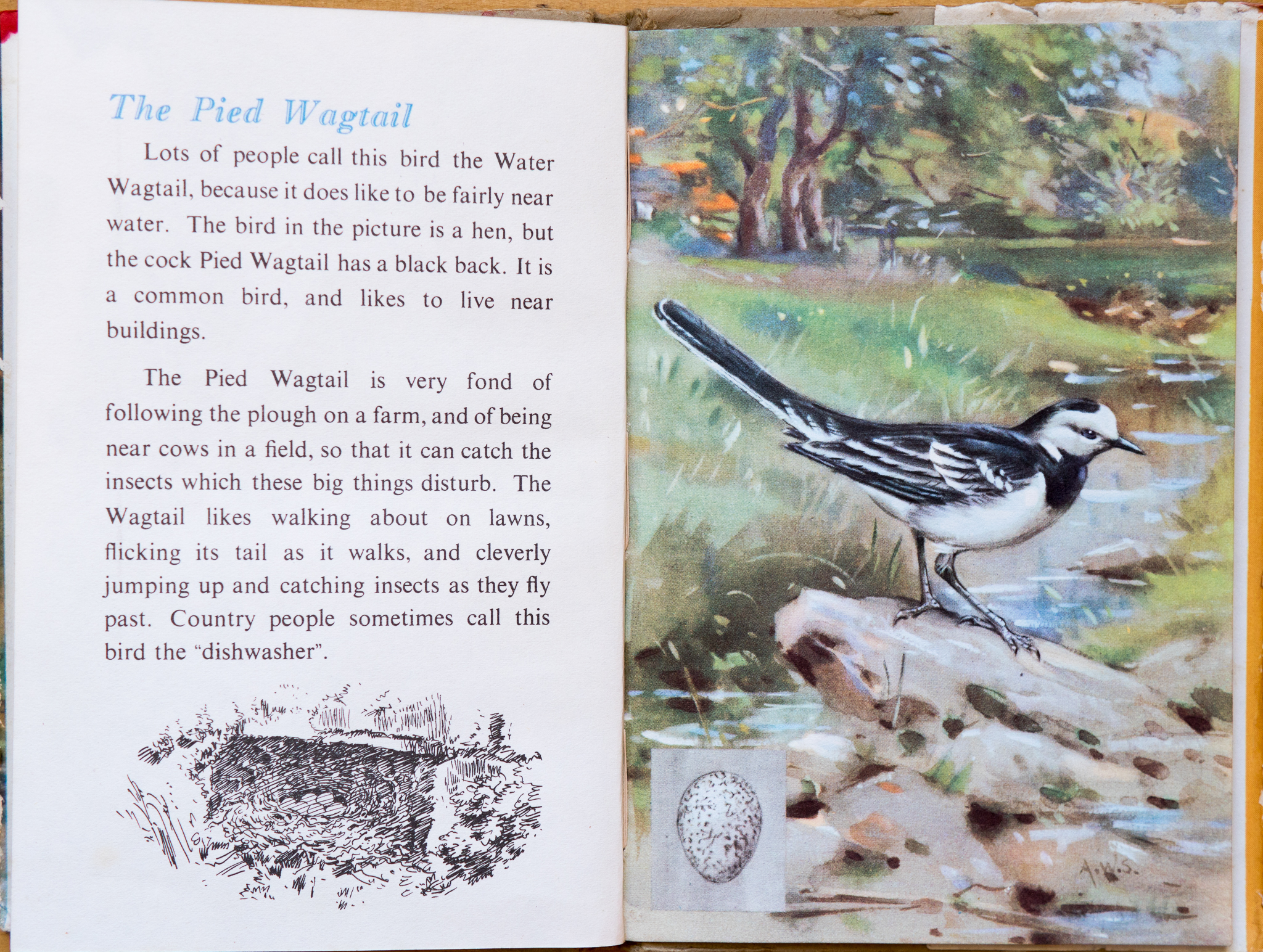 It certainly does. Here’s one I photographed last week which had just been for a paddle: 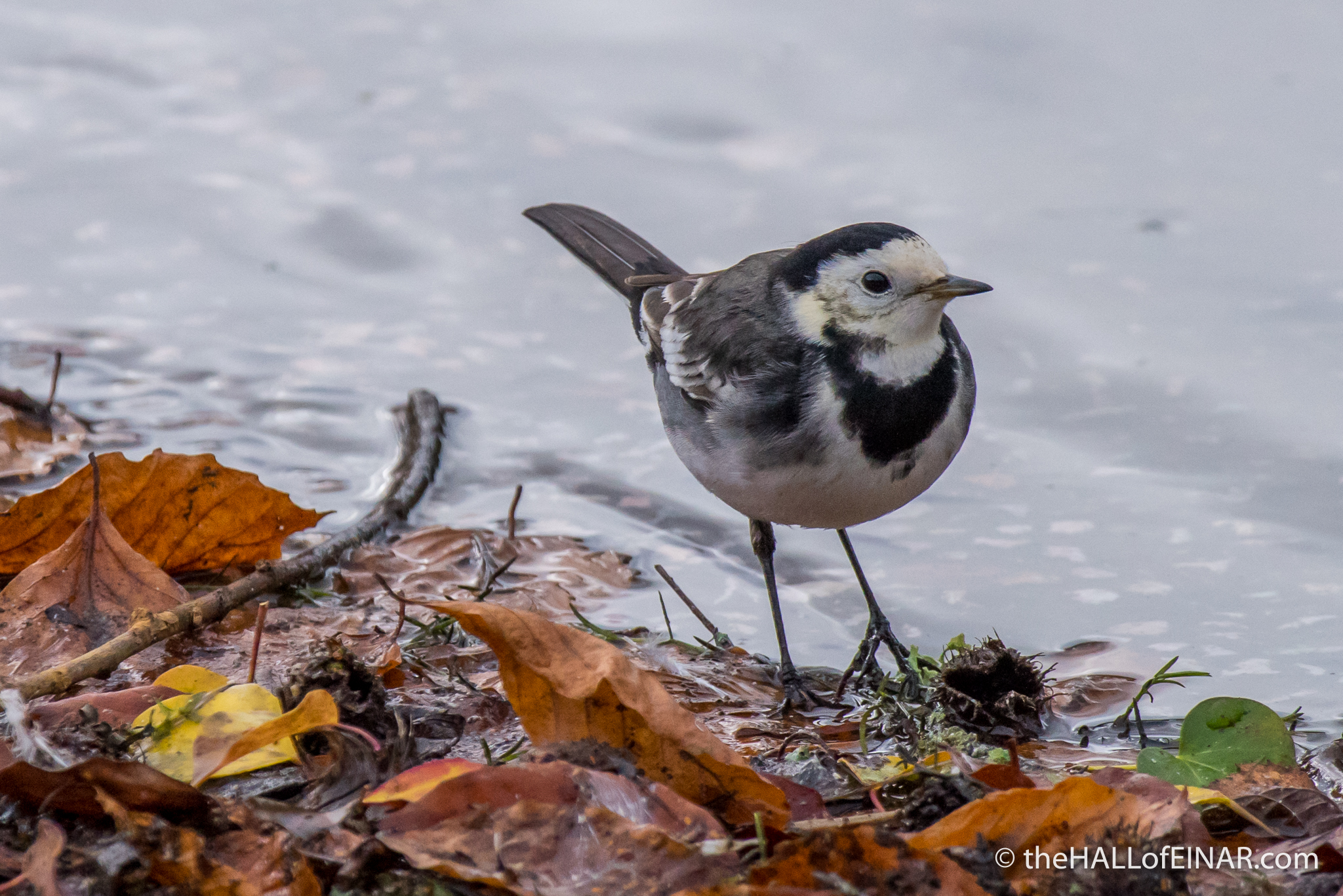 When life seems unremittingly awful, when your day is full of roadworks, roadkill, service stations and polluted air, there’s always some sign of life to make your day better. In my case it was a Pied Wagtail feeding a fledgeling. Here’s my blog about the uplifting experience:

It’s forty years since I first spotted a Pied Wagtail and drew it in my childhood nature notebooks. Here’s the entry from 3 November 1976: 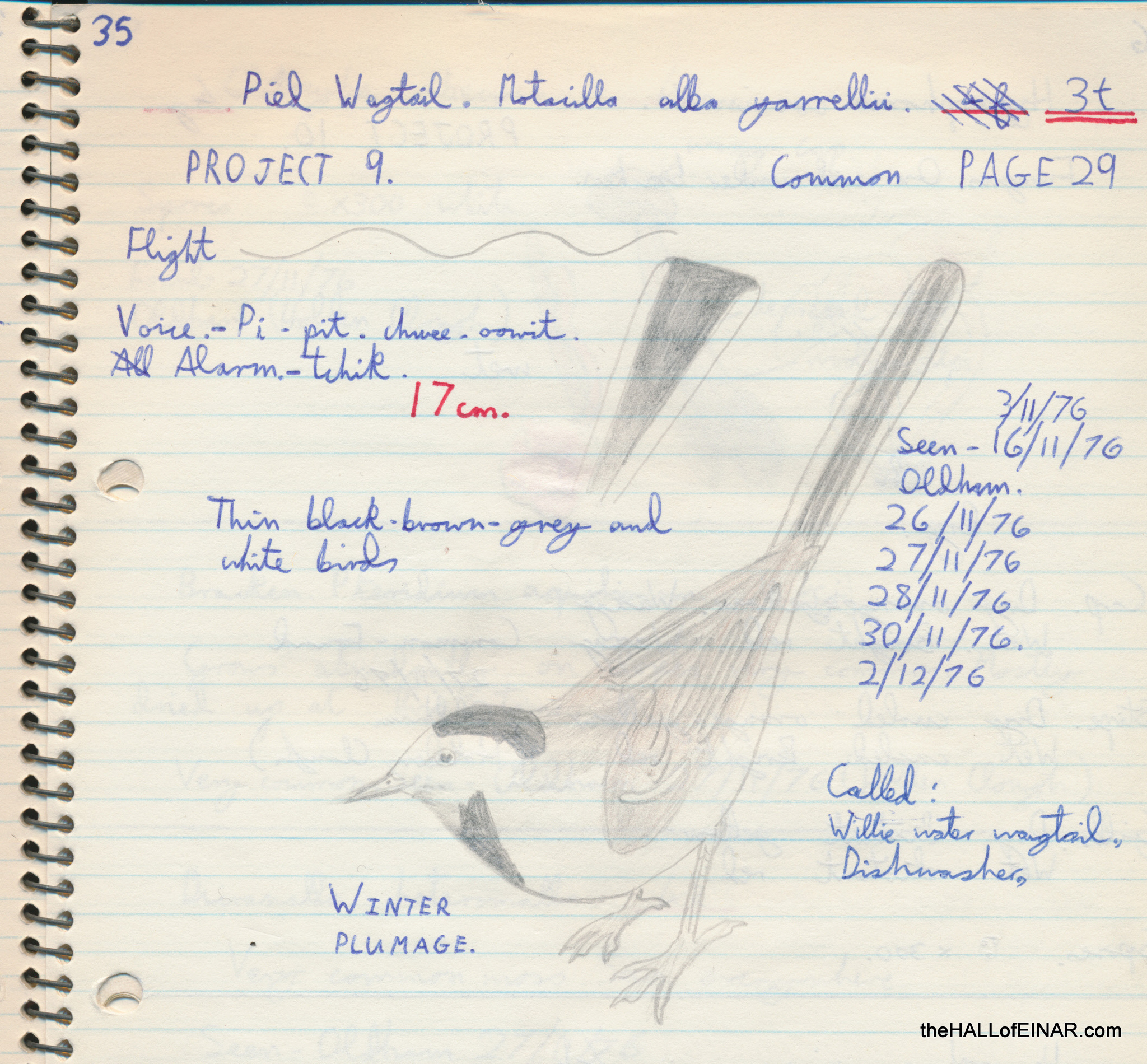 “Lots of people call this bird the Water Wagtail.”

I certainly did. “Called Willie Water Wagtail, Dishwasher,” is what my poor handwriting in blue biro says.

Here’s one living on crumbs in Italy:

According to the State of the UK’s Birds Pied Wagtails have increased by 39% from 1970 to 2015. It’s a small success in a very patchy picture of overall decline. In Devon hundreds of them come to roost in a handful of trees in some town centres where there’s a much warmer micro-climate. That sounds like it should be my next photo project. It’s not exactly following the plough or being near cows though, is it?