It’s forty years since I first saw and photographed spangle galls on an oak tree. I noted it down in my Nature Notebooks: 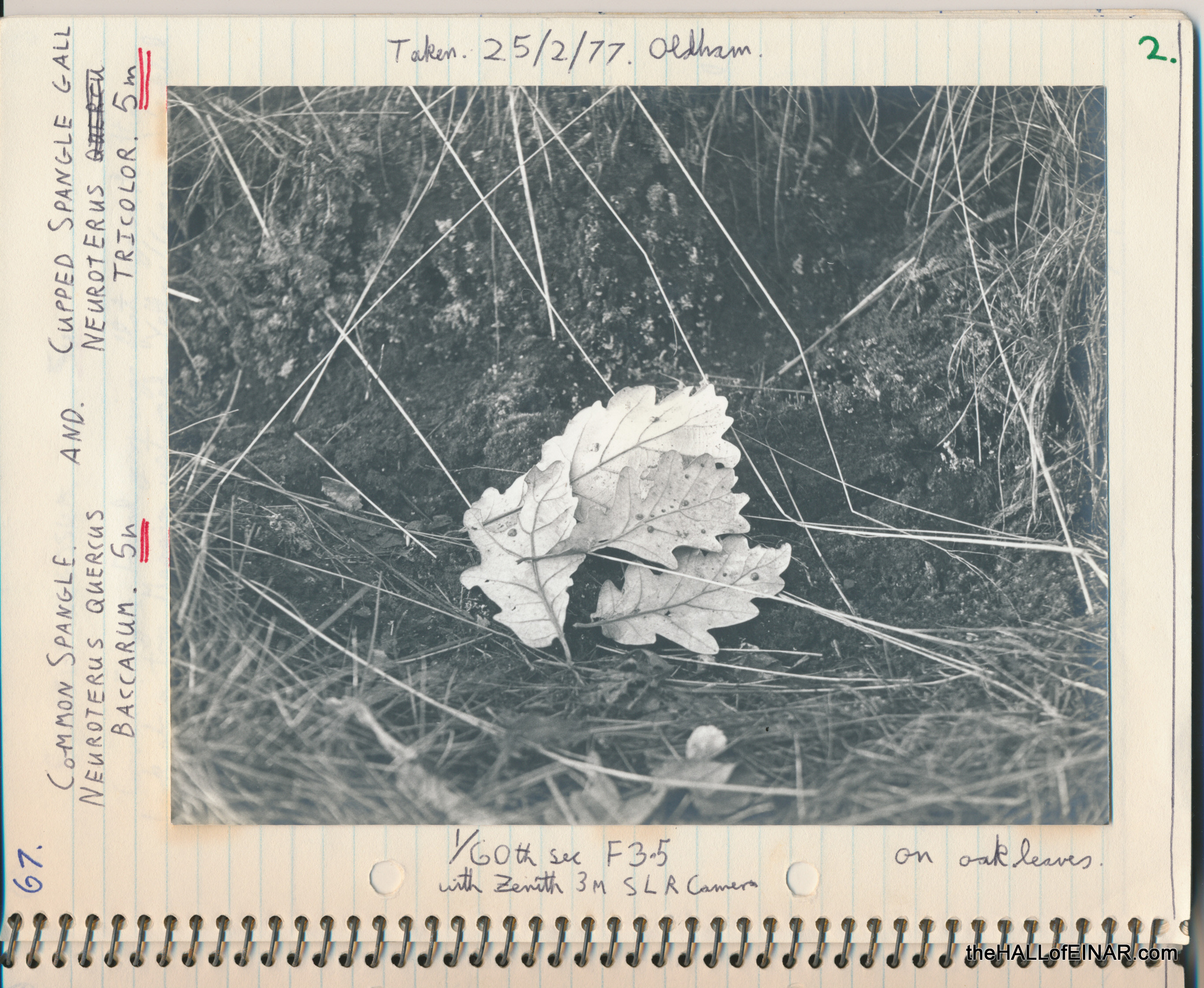 They are formed by Oak trees as a reaction to an egg being laid on the underside of the leaf by a small insect called a cynipid wasp. There are 380 different species of gall wasp in Europe alone.

Here in Devon they cover the undersides of the oak leaves still, each with an egg or grub inside them: 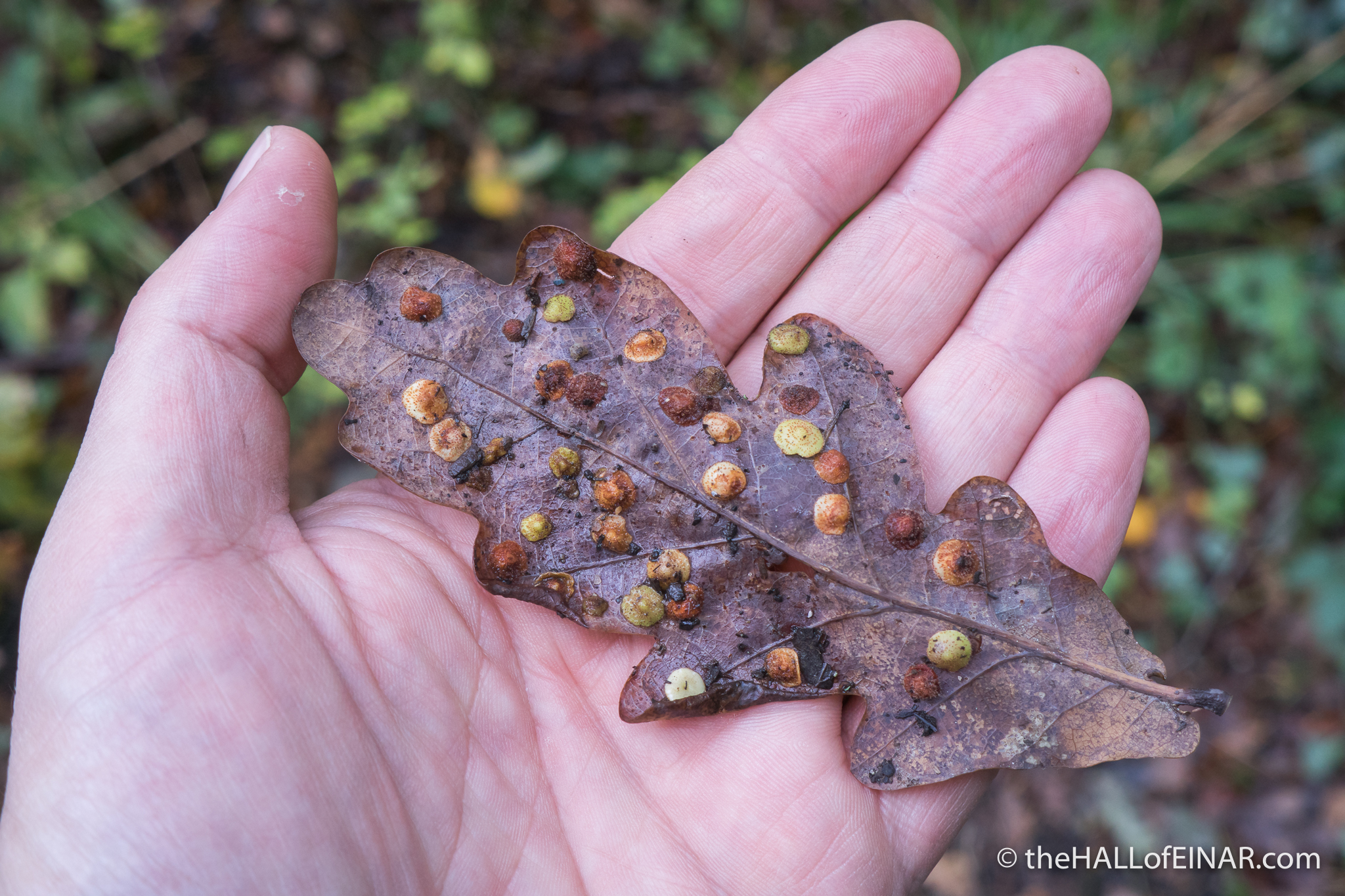 And my phone has a macro function which would have been science fiction back in 1977: 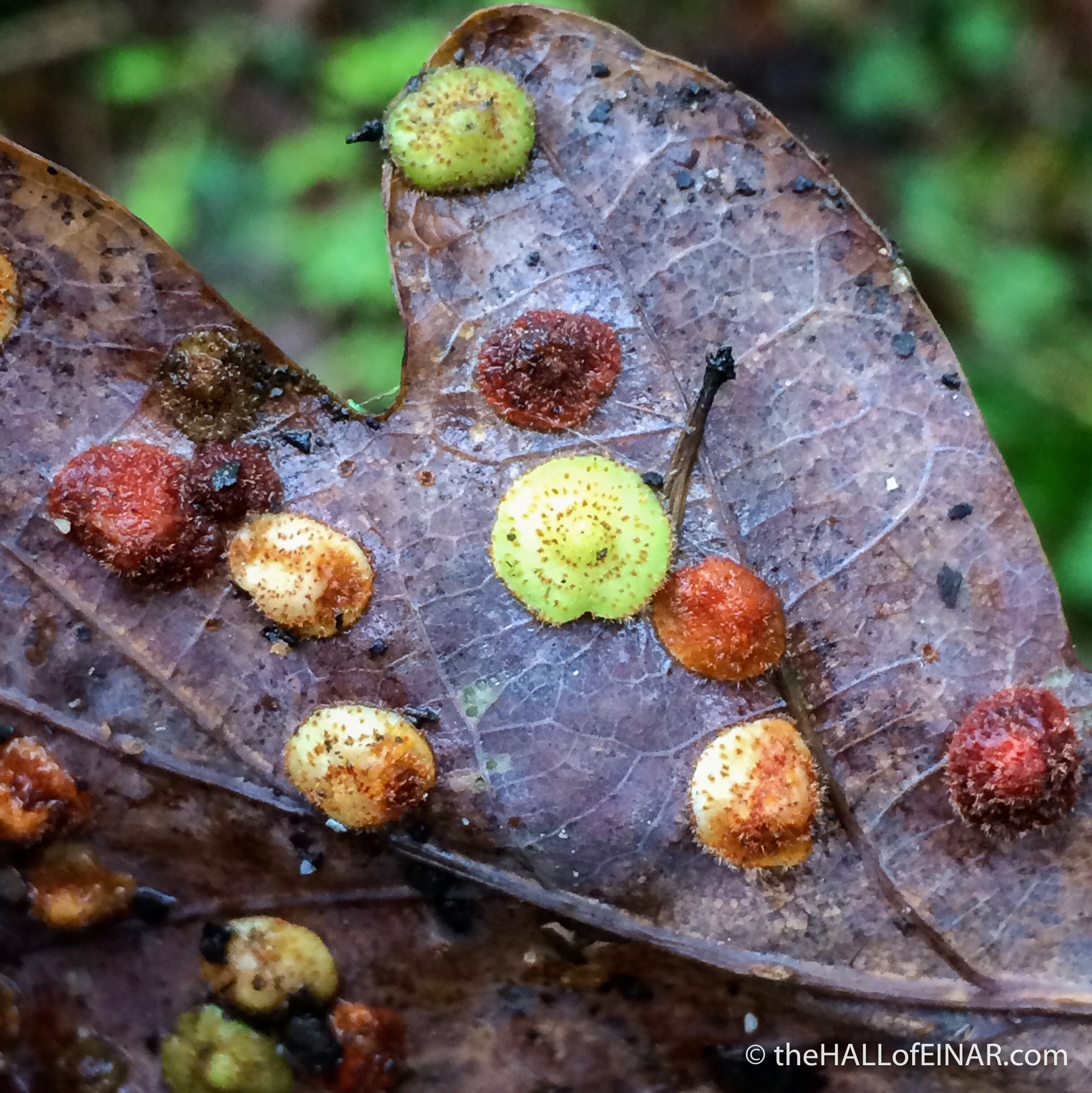