Westray is full of Neolithic, Iron Age and Bronze Age middens; rubbish dumps full of wonderful finds. If you live on a small island and you farm you tend to have your own landfill site, whether you want one or not. The same is true of modern farming, except their finds are often less wonderful. Some rubbish, however, is too smelly to keep close or too big not to move. What stays on the farm, and what gets transported, is a decision which changes with every generation.

Walking the Westray coast now there are small signs of glorious piles of unwanted rubbish everywhere, from thousands of years of occupation.

Here’s a midden; a dirty line in the sand dunes with rotten organic matter. It’s full of Limpet shells and whalebones. The Limpets might have made a nice stew when added to the local beef by neolithic farmers and fishers. Alternatively they could have been bait for fishing.

Limpets in the midden

Here’s a whalebone. It’s probably been in the ground for a few thousand years: 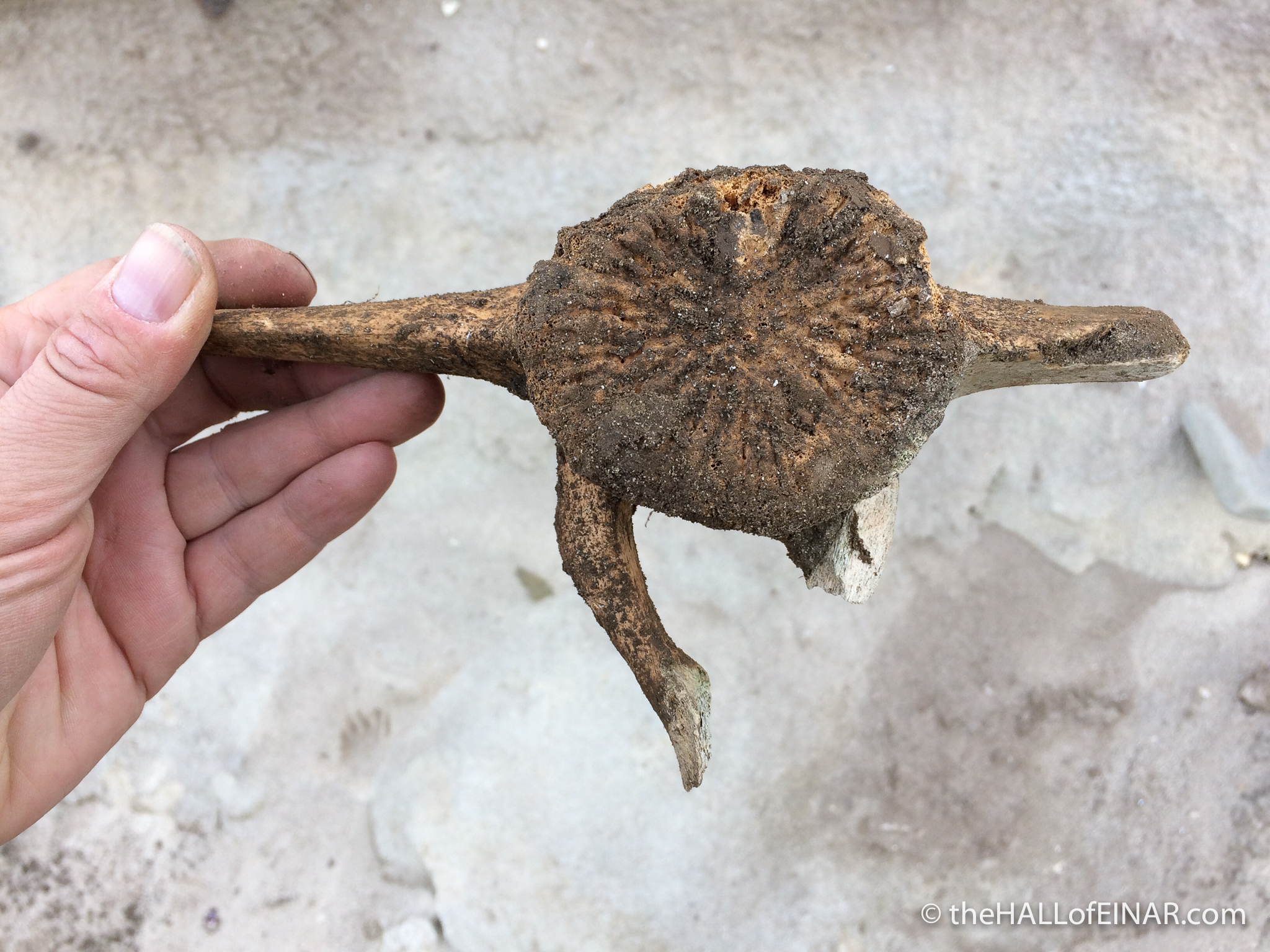 There are also pot boilers; cracked stones used to heat up water after being heated in the fire:

One islander found this in the midden and instantly recognised it as a part of an ancient bone comb. I thought it might be Viking but someone else said Pictish. It’s probably 1,000 years old. I thought it ought to be in a museum: she took it home with her: 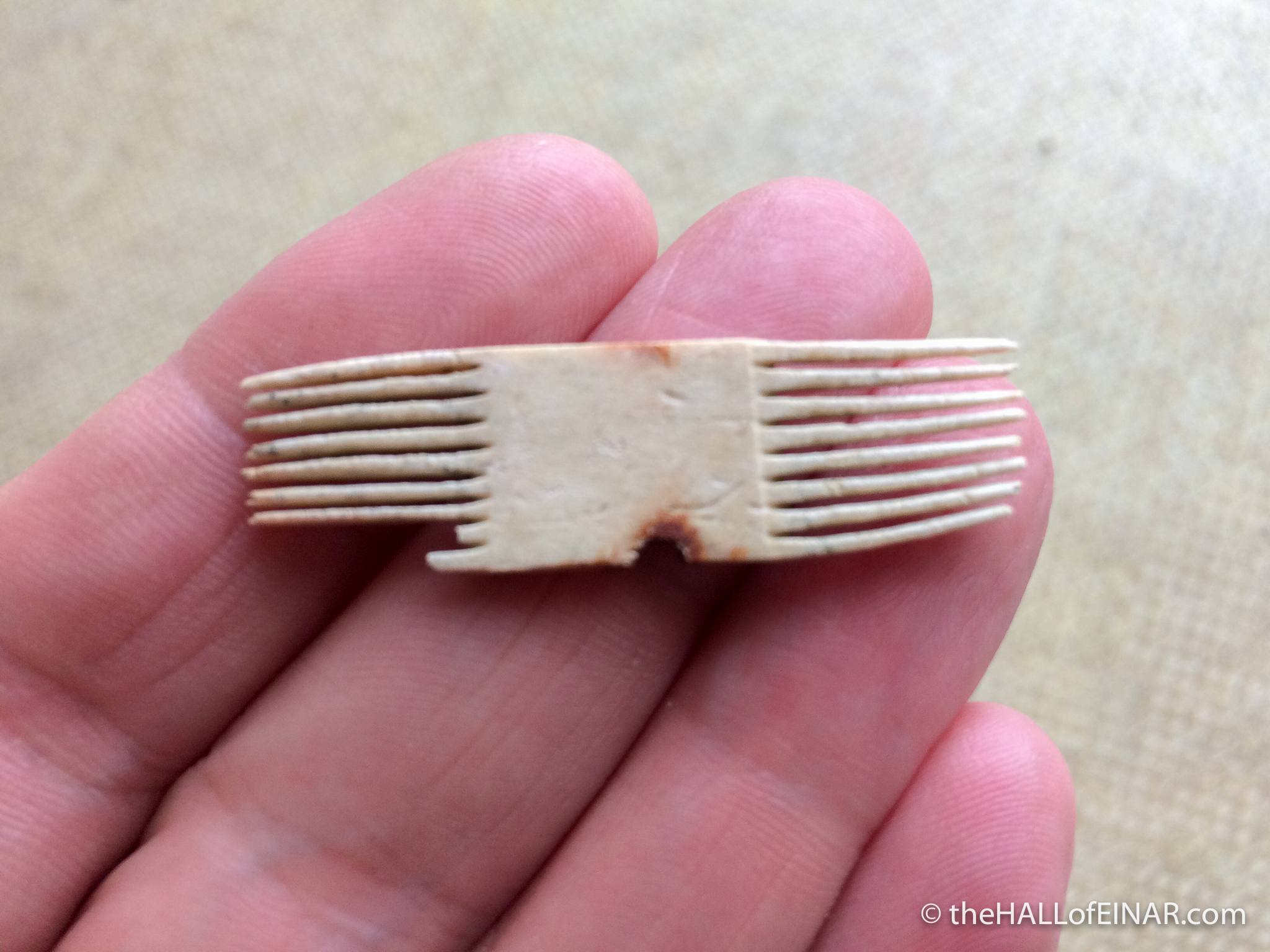 There’s a pile of what appears to be spoiled silage or cow byre sweepings spilling down the cliffs. It’s home to some amazing fungi:

This looks like a Coprinus species, maybe Coprinopsis atramentaria, the Common Ink Cap. It’s also known as Tippler’s Bane because it’s poisonous with alcohol. The mushroom has coprine in it, which stops your body’s chemical processing of alcohol at the acetaldehyde stage. Acetaldehyde is the chemical which gives you a hangover. It’s a mushroom which turns every sip of alcohol into pure hangover.

There’s also a brown cup fungus which has grown to enormous size. I’ve never seen any cup fungus as large as this before: 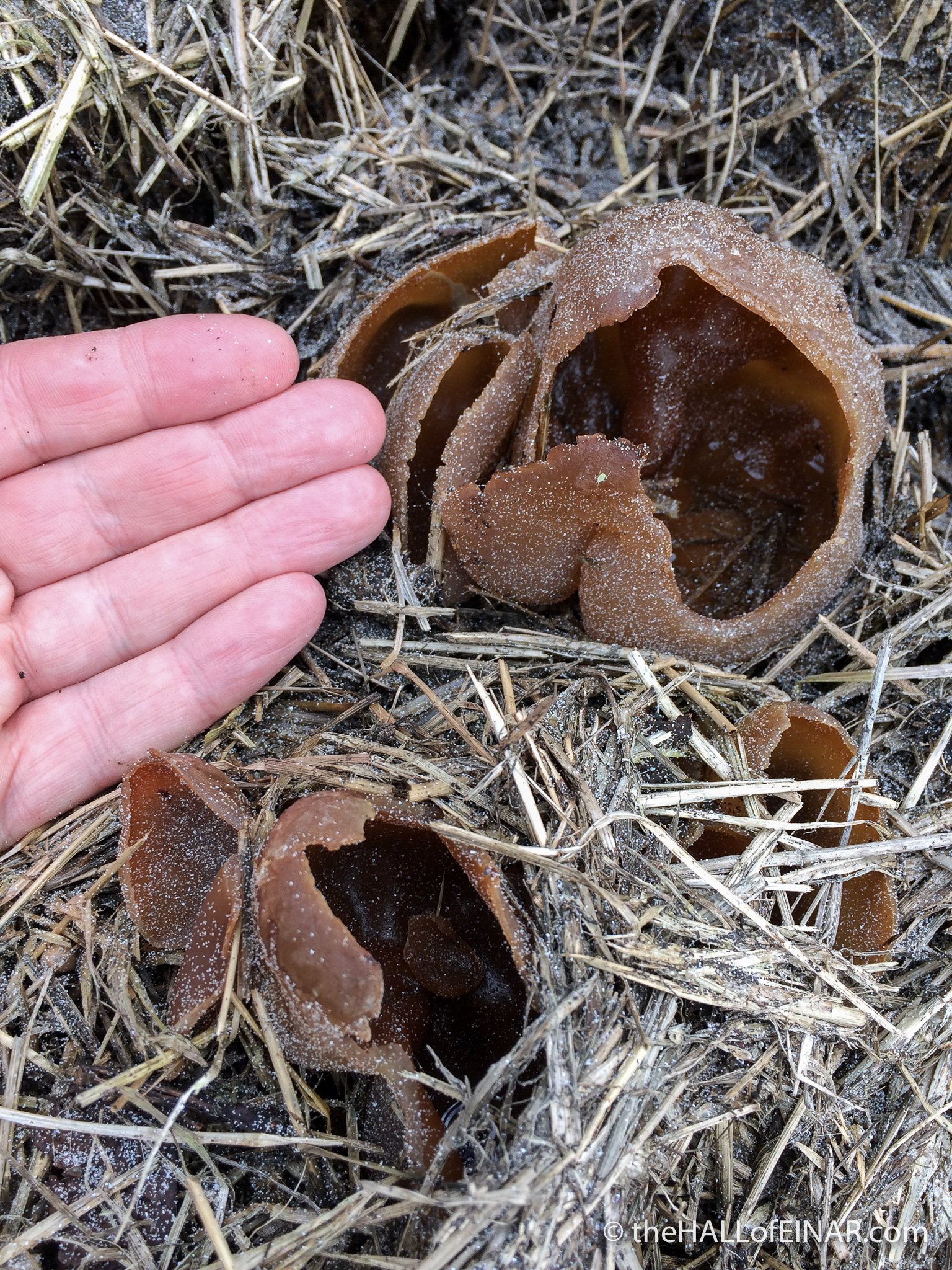 There’s also a car graveyard with rusting hulks of ancient motors. ‘Over the top with it’ seems to be the motto. I wasn’t sure how many cars or tractors were here, but I managed to count four steering wheels: 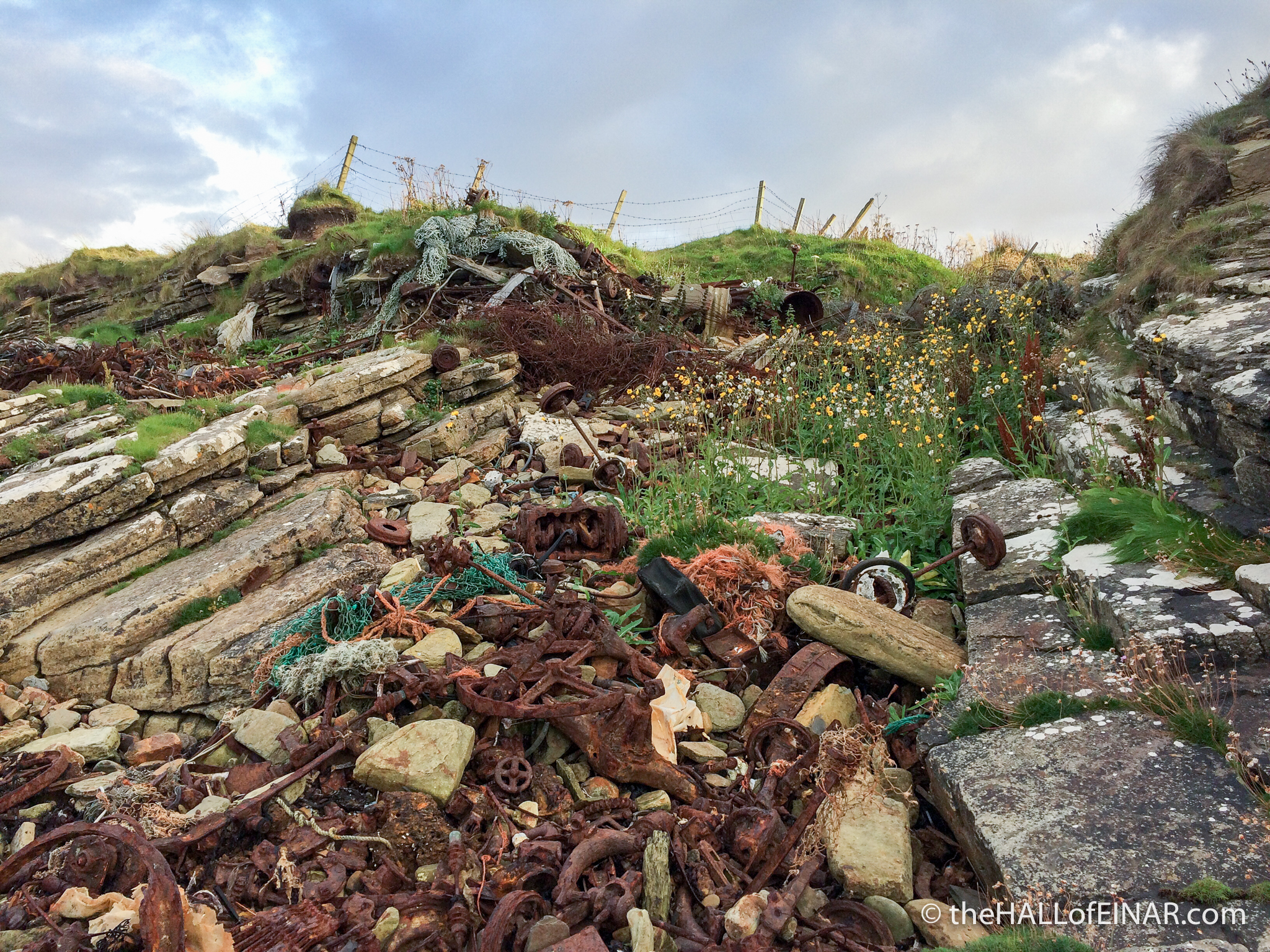 I’m told if I post the precise dimensions of this wheel online someone will be able to tell me the make, model and year of production of the vehicle it’s from: 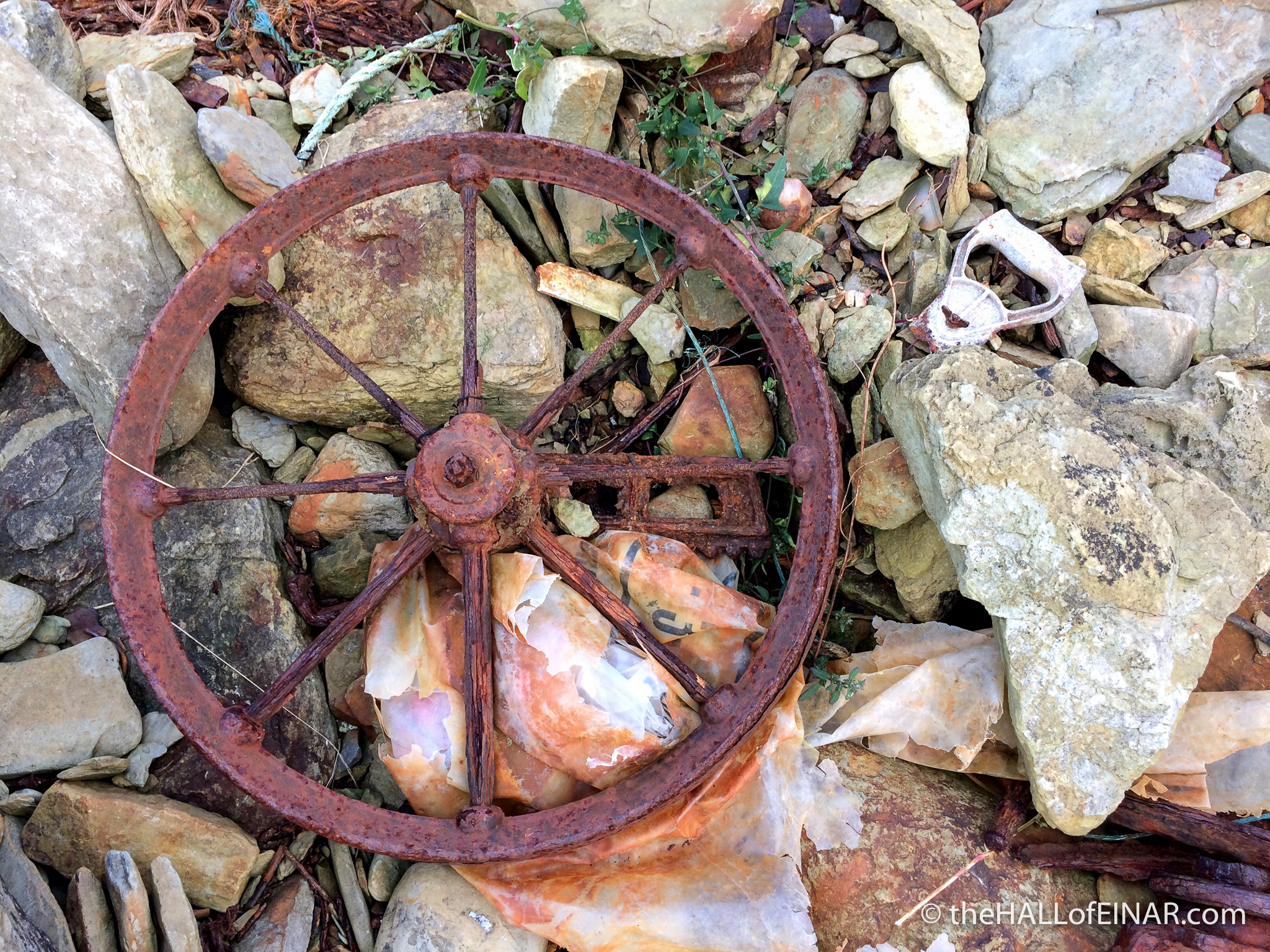 There’s a giant’s rolling pin discarded on the beach: 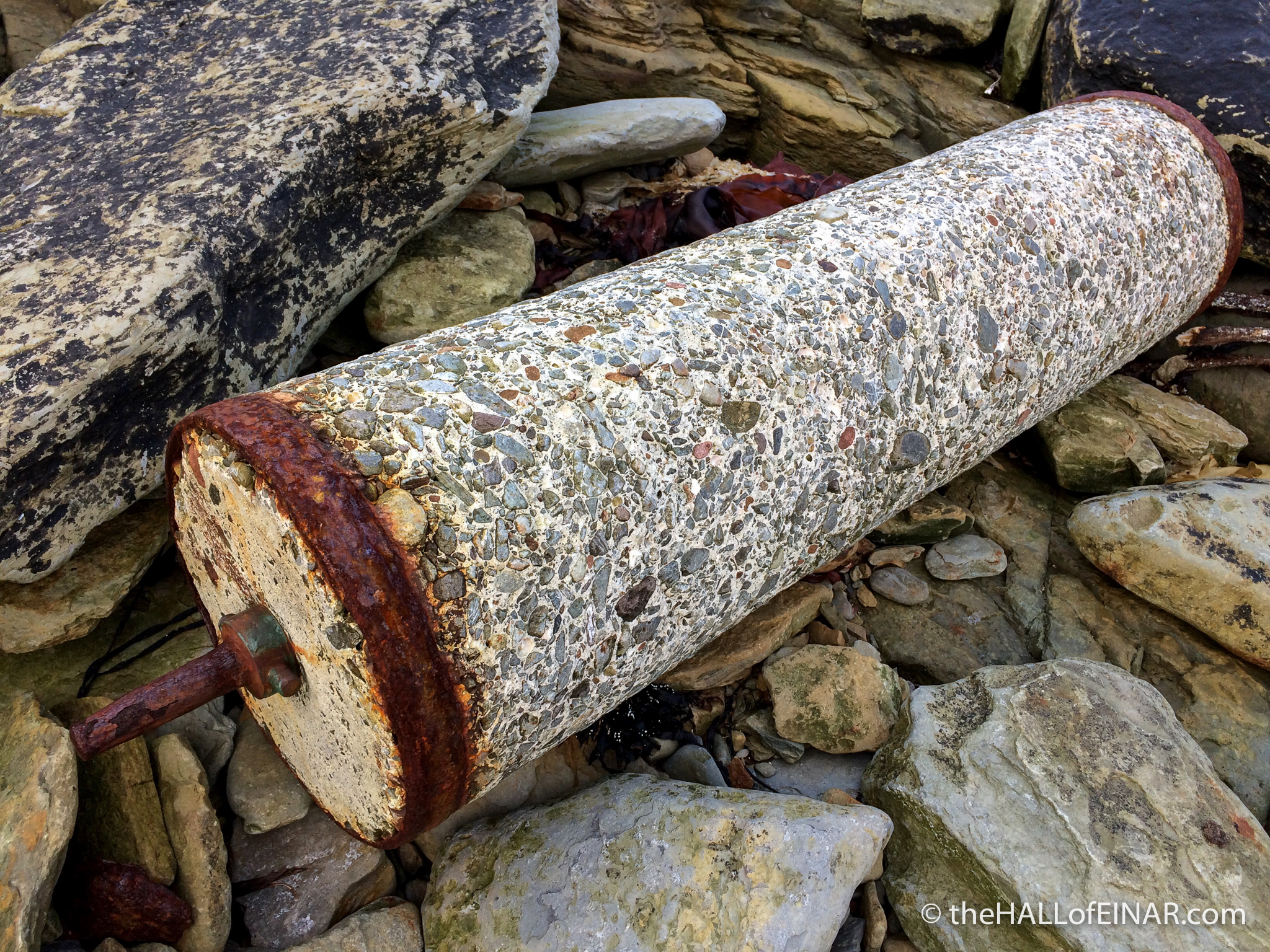 It’s not just cars which have been sent over the top. There must have been a door at some stage as the copper knob is still on the beach: 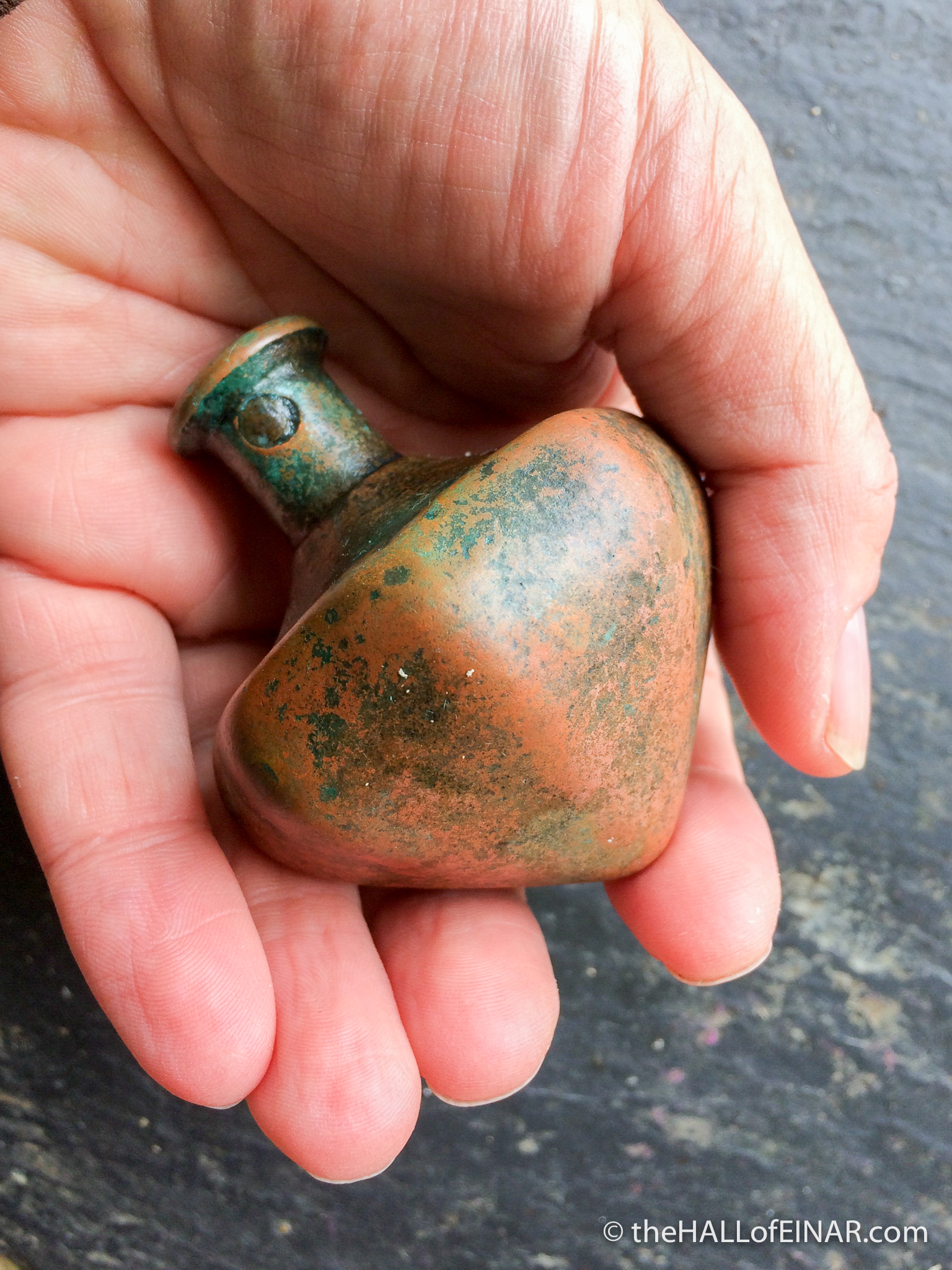 There’s a metal trawler bobbin rusting on the beach. It’s incredibly heavy. It would have been used to keep the trawler’s nets on the sea bed to ensure maximum catch of fish: 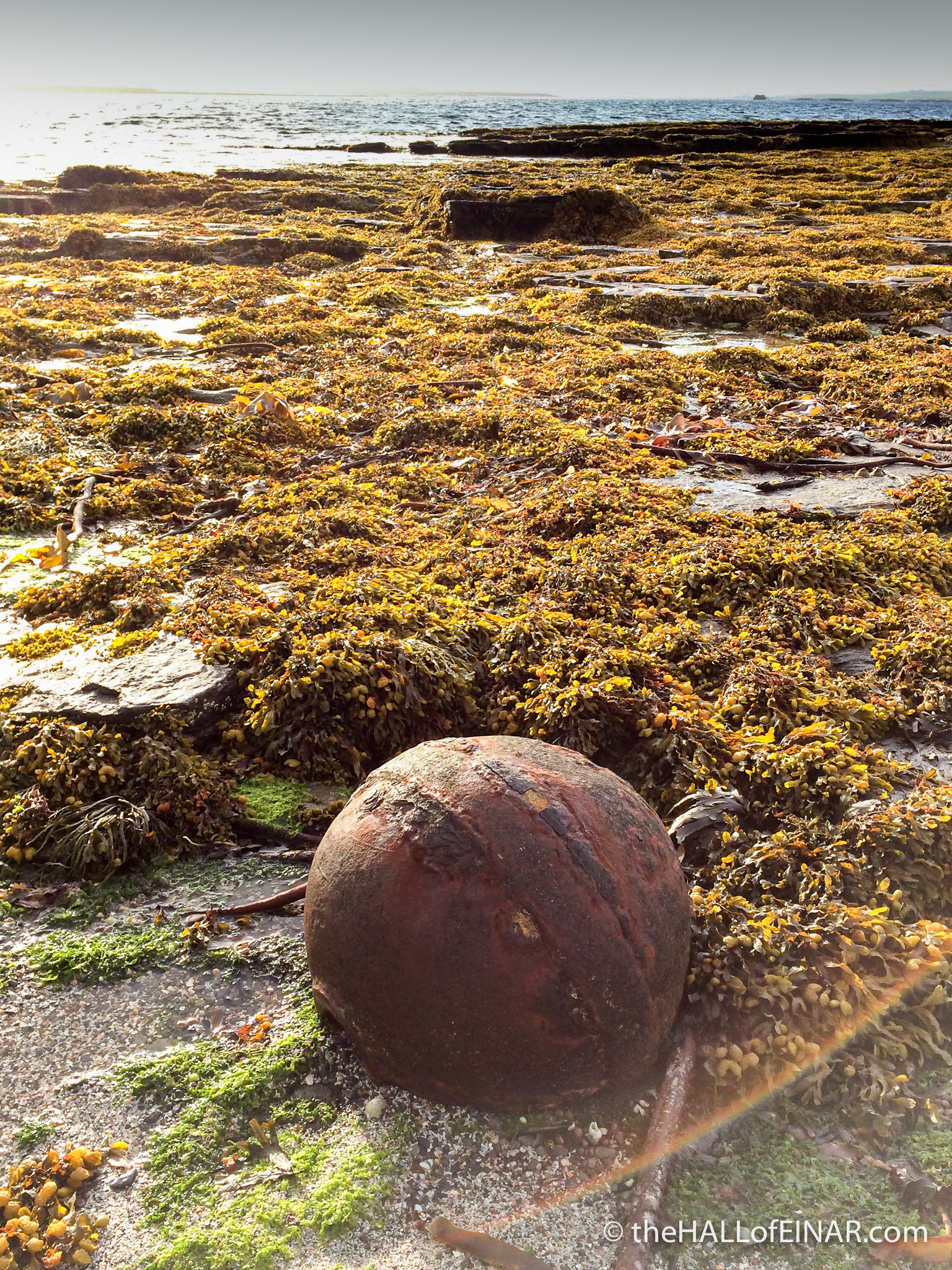 This looks like the modern equivalent; something to hop over rocks on the seabed while catching everything above in the nets attached:

At the end of my walk is Rabbit city: 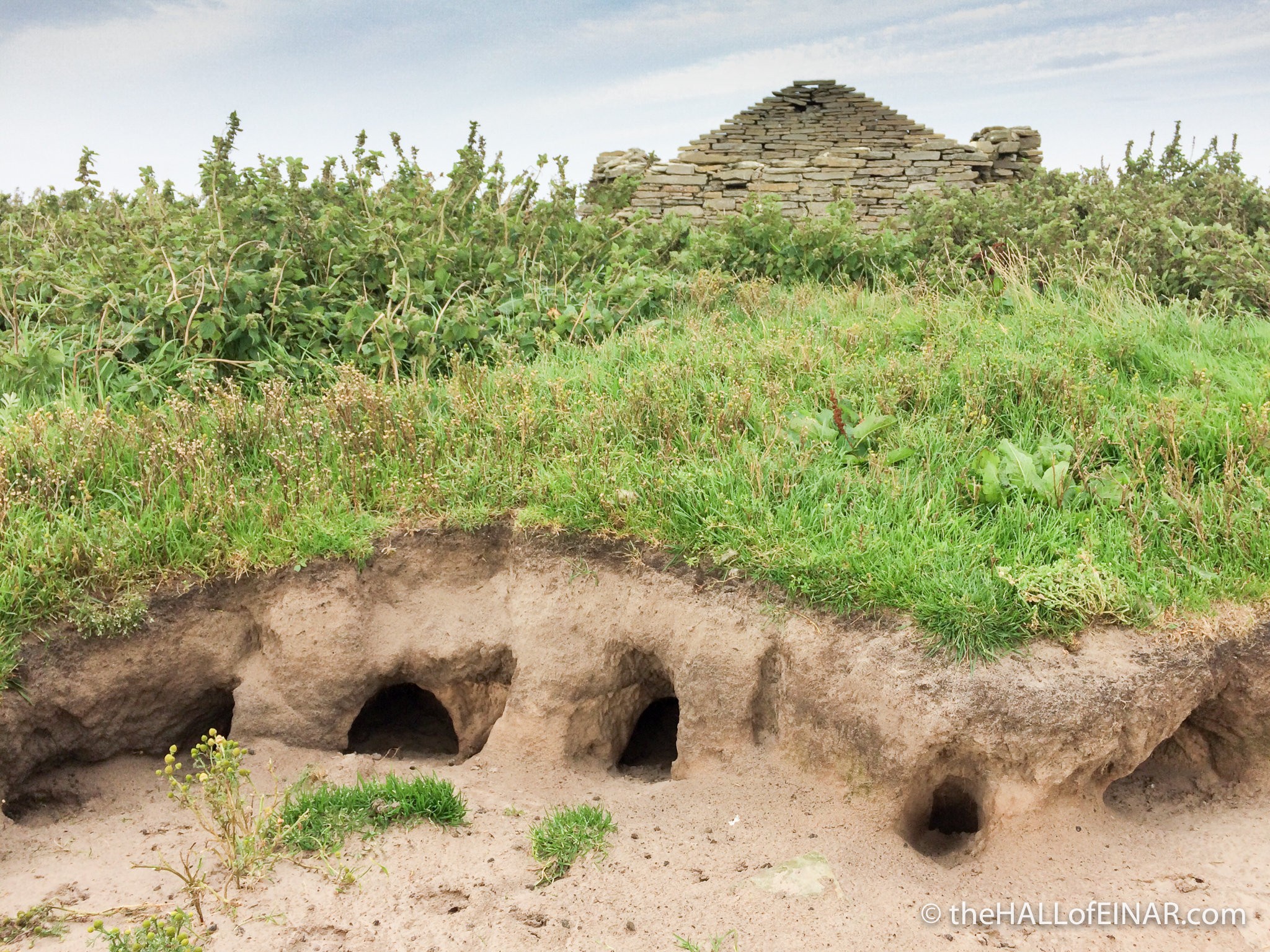 Then it’s time to turn around and see it all again on the way back.

3 Responses to "Going over the top; walking the coast of Westray"