I’ve taken many artistic Puffin portraits over the past few weeks. They are glorious models and it’s always a challenge to capture their personality just right. Here’s one lovely character against a cloudless Orkney sky: 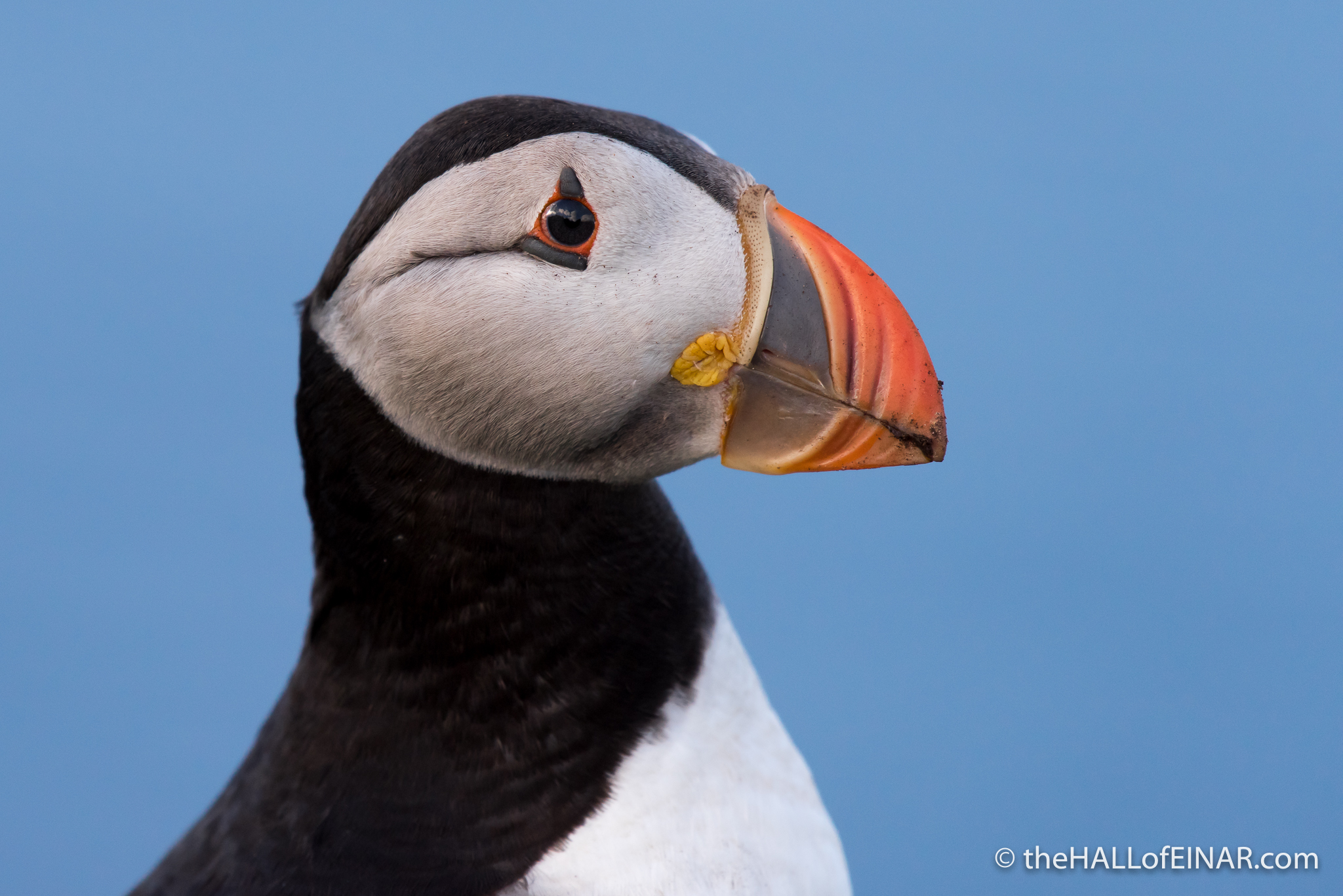 I managed to get a catch-light in this one’s eyes. Lovely.

In the past I’ve photographed them solo and in Puffin family groups:

And I’ve taken comedy Puffin photos as this one cleaned its burrow:

A Puffin’s work is never done

And as this one stretched and flapped:

What I’d really love to do though is get some flying Puffin shots. Flying Puffin shots are a real technical challenge because Puffins fly at over 50mph. They’re also small; very small. They’re smaller than a pigeon, despite looking bigger because of their magnificent heads.

I’m lying on the rocks and Puffins are passing just over my head. From here they seem to be travelling a lot faster than 50mph. Here’s one: 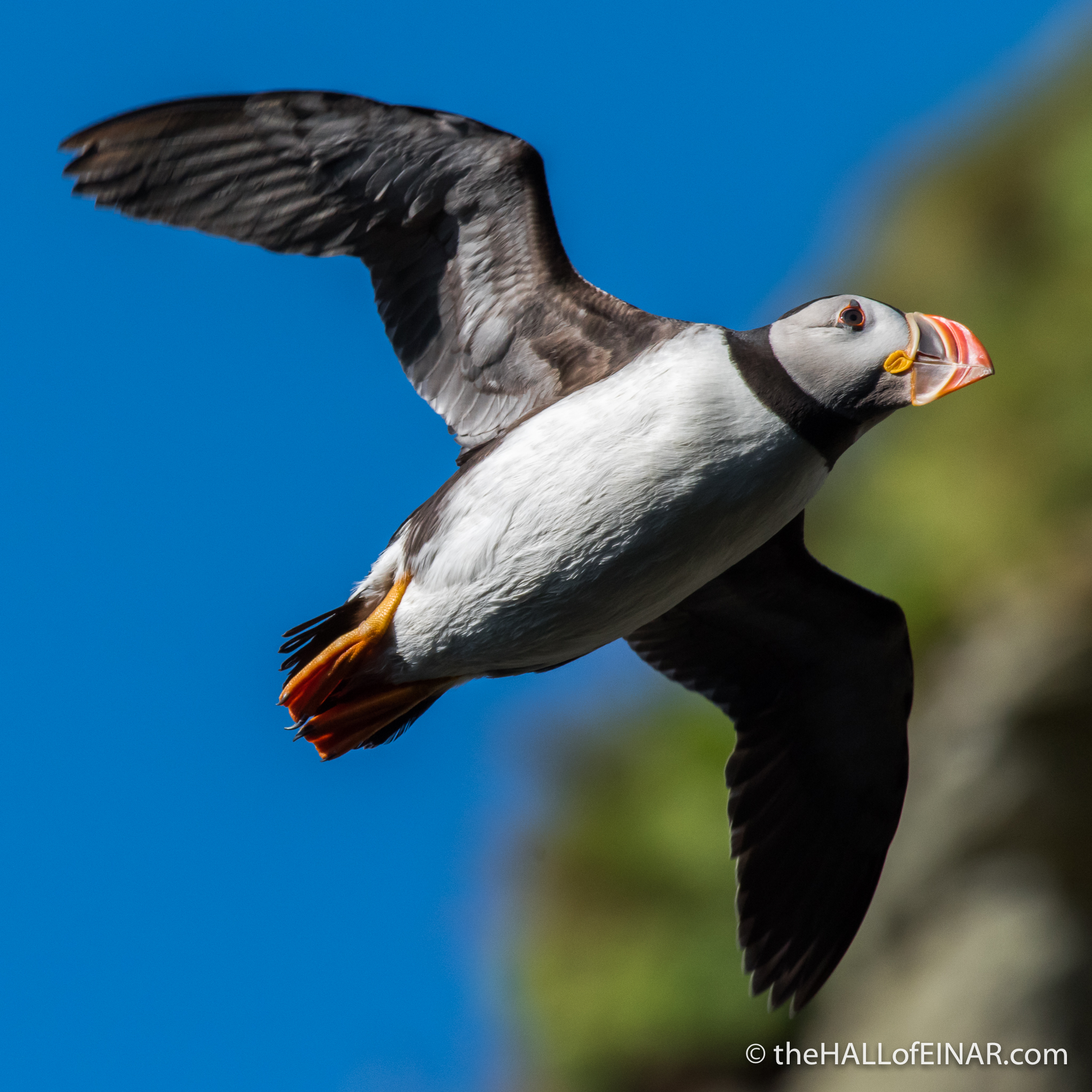 I can see the scales on its feet and the texture of the feathers on the underside of its wing.

I need to get their beaks sharp with a very short exposure and pin-point accurate focus. It’s going to take quite a bit of practise: 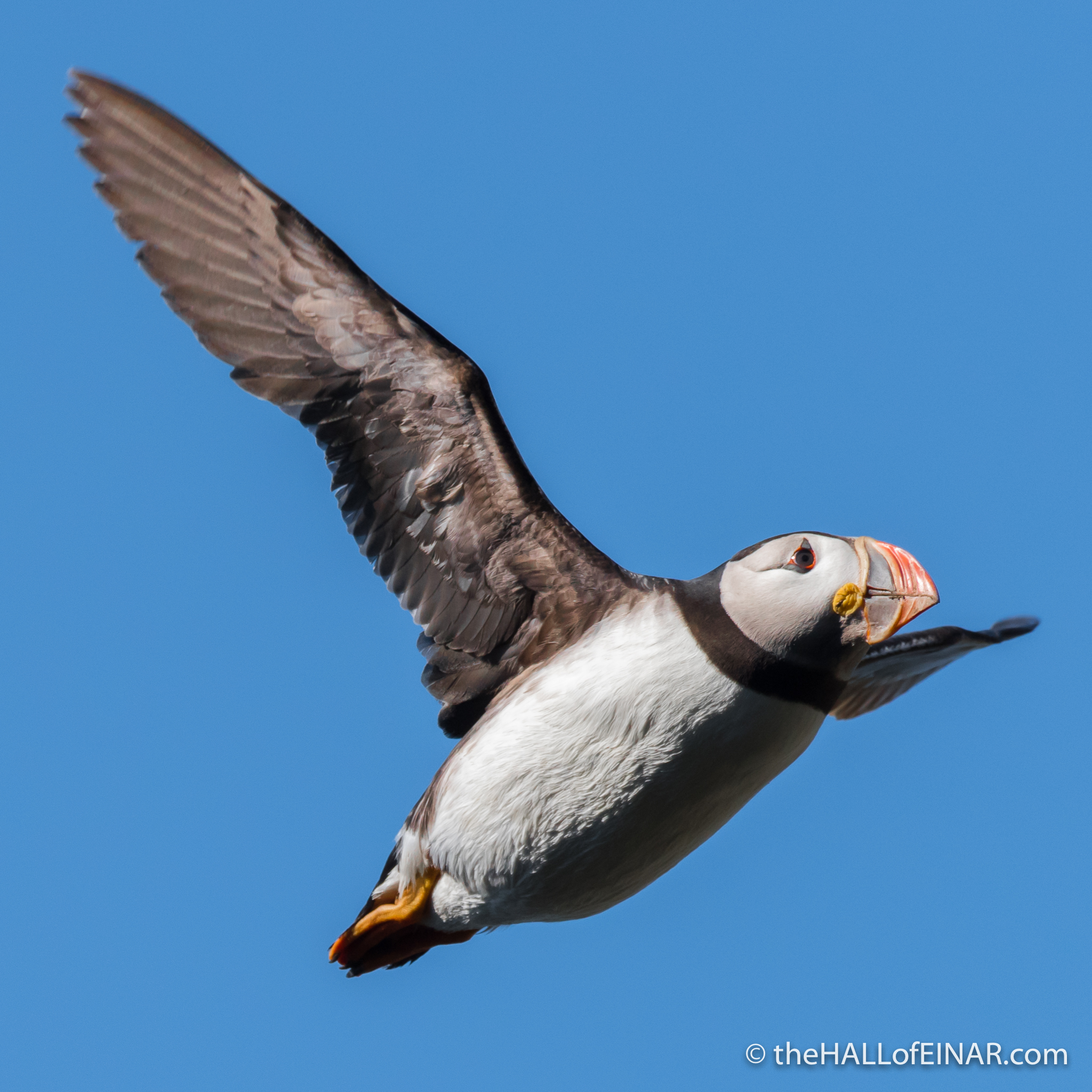 They are heading towards me like fighter planes and I’m the gunner, trying to lock on to them. I never thought my photography would seem so much like playing a computer game: 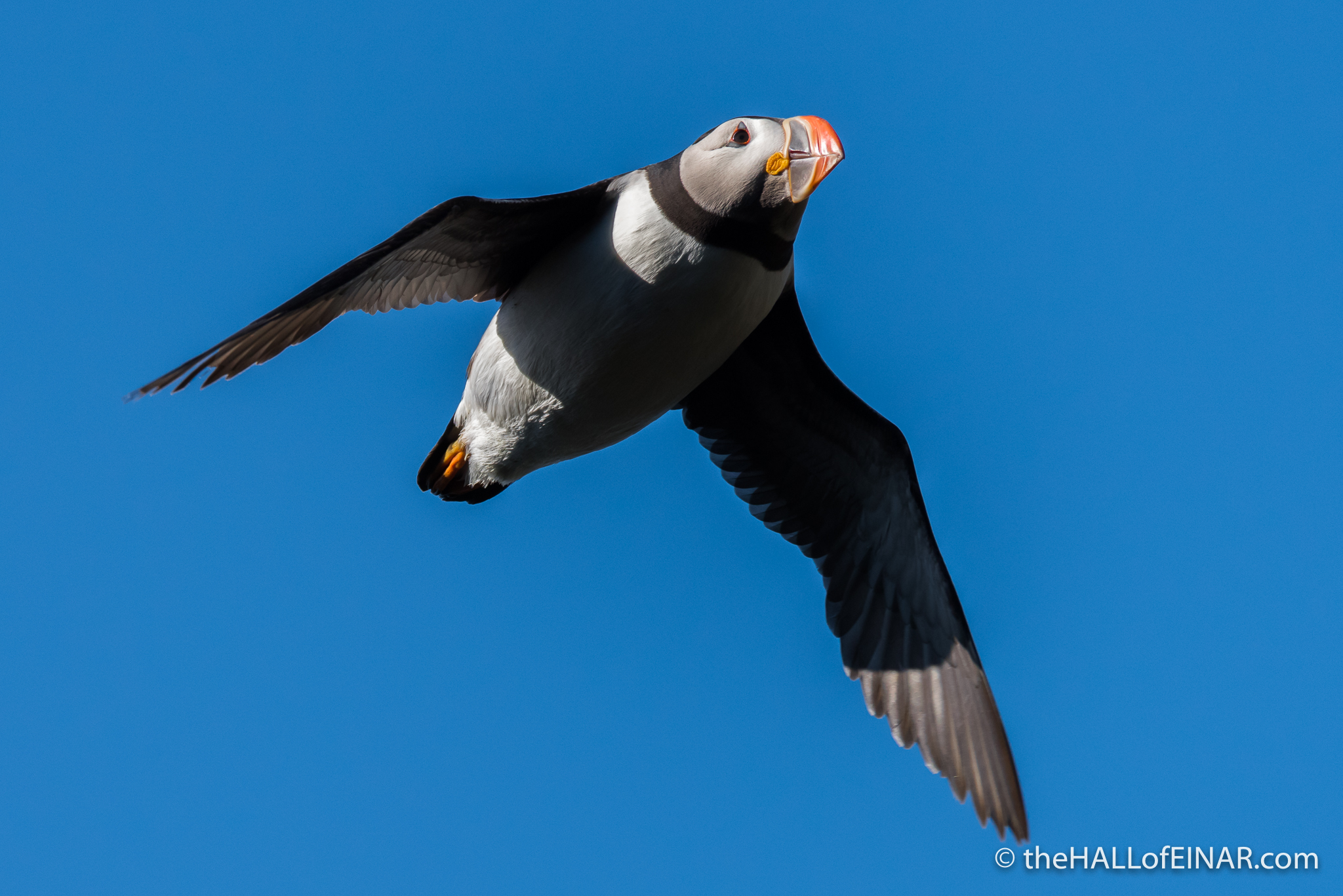 My camera seems heavier and heavier as the hours go by. One comes past with a very dirty beak from digging:

It’s easier to photograph them when they spread their tail feathers and slow to land: 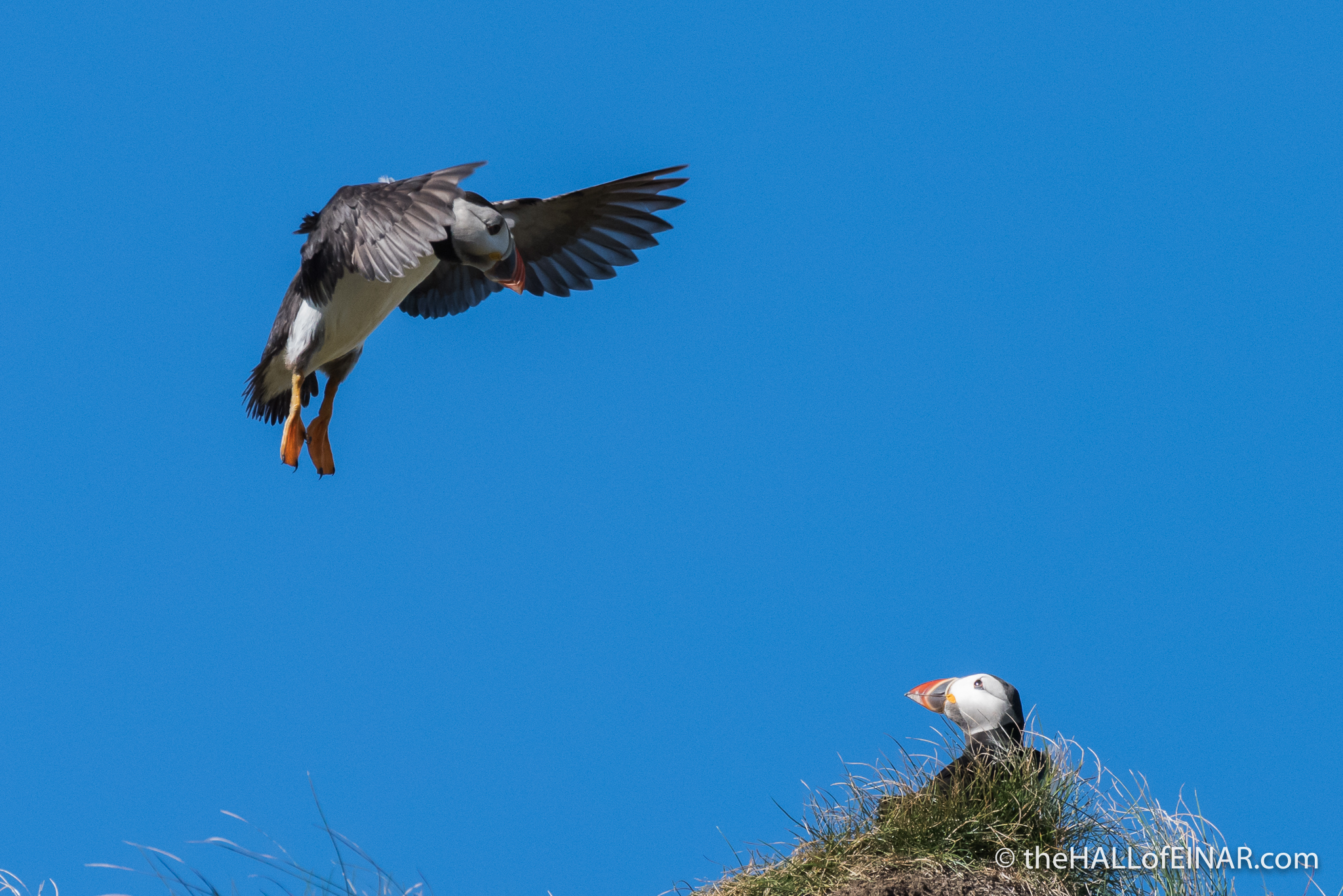 They seem unable to pitch their landing right and often crash-land into cliffs, bump and skid onto grass or simply ditch themselves with a huge splash into the water.

They are beautiful and awe-inspiring. In a few days they will be gone to their life on the sea until next year. 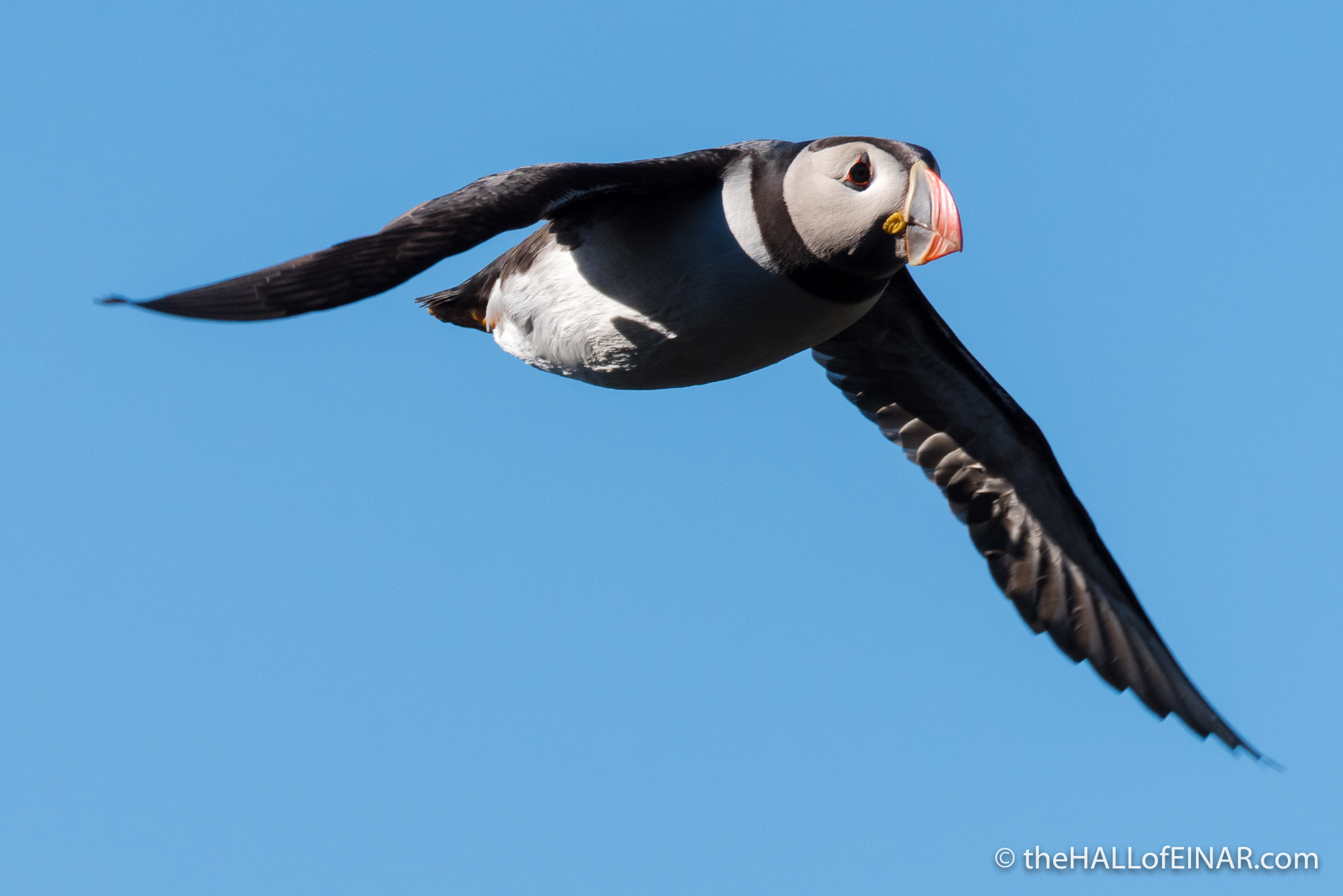