Einar has a small area of walled garden. It’s grown over almost completely with shrubs and wind-dwarfed trees and where there is space, the nettles are five feet high. It’s a favourite roosting space for birds. Flocks of Starlings perch on the branches and cackle to one another. An occasional flock of Twite, the hardiest of the small brown birds on Westray, fly past. They may look unremarkable, but they are as hard as nails. Linnets fly past, with the males calling on the highest wind-burned branches.

I’m wearing a camouflaged sheet over my head as I approach a female Linnet: 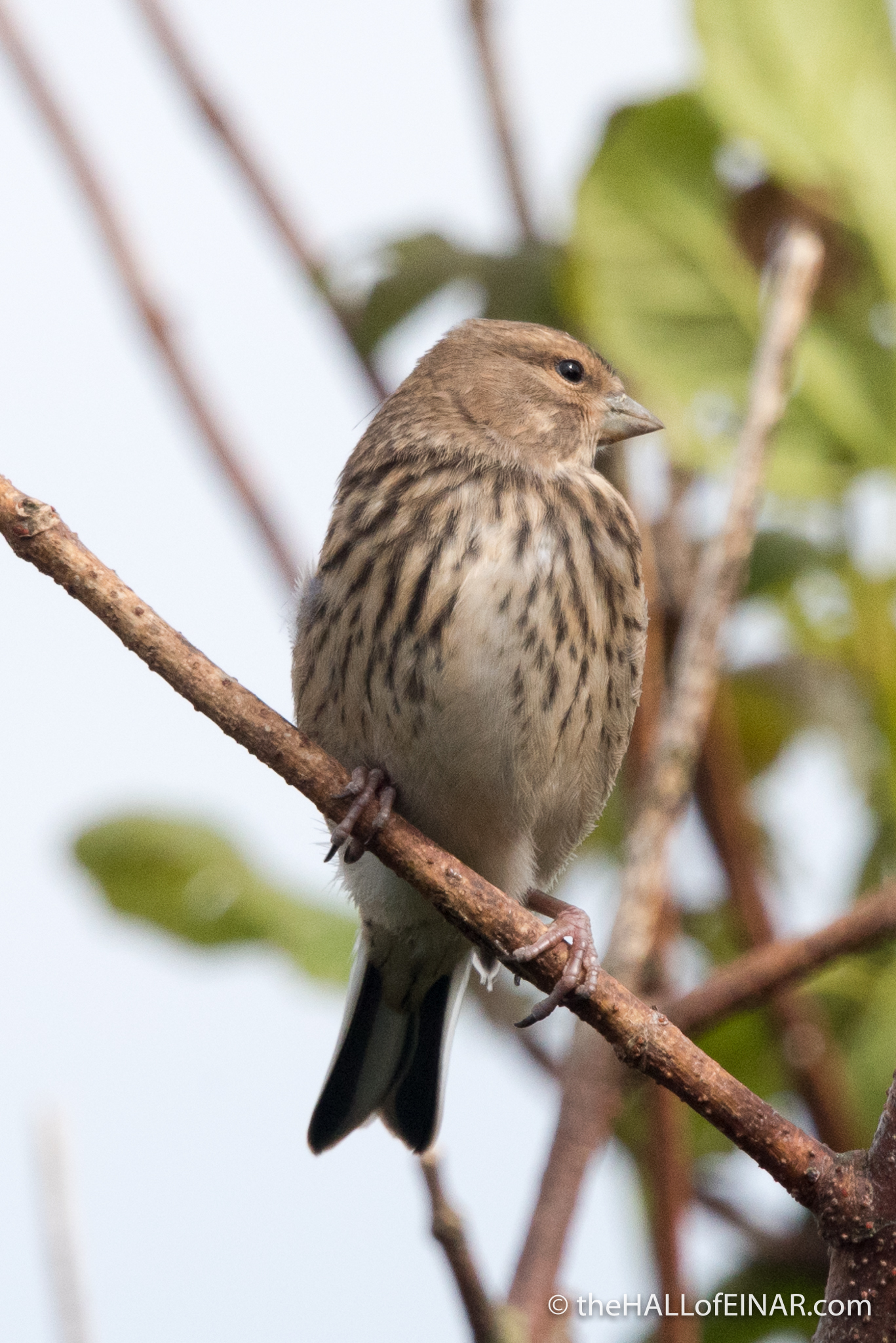 I move slowly under the camouflage to get the bird against a better background: 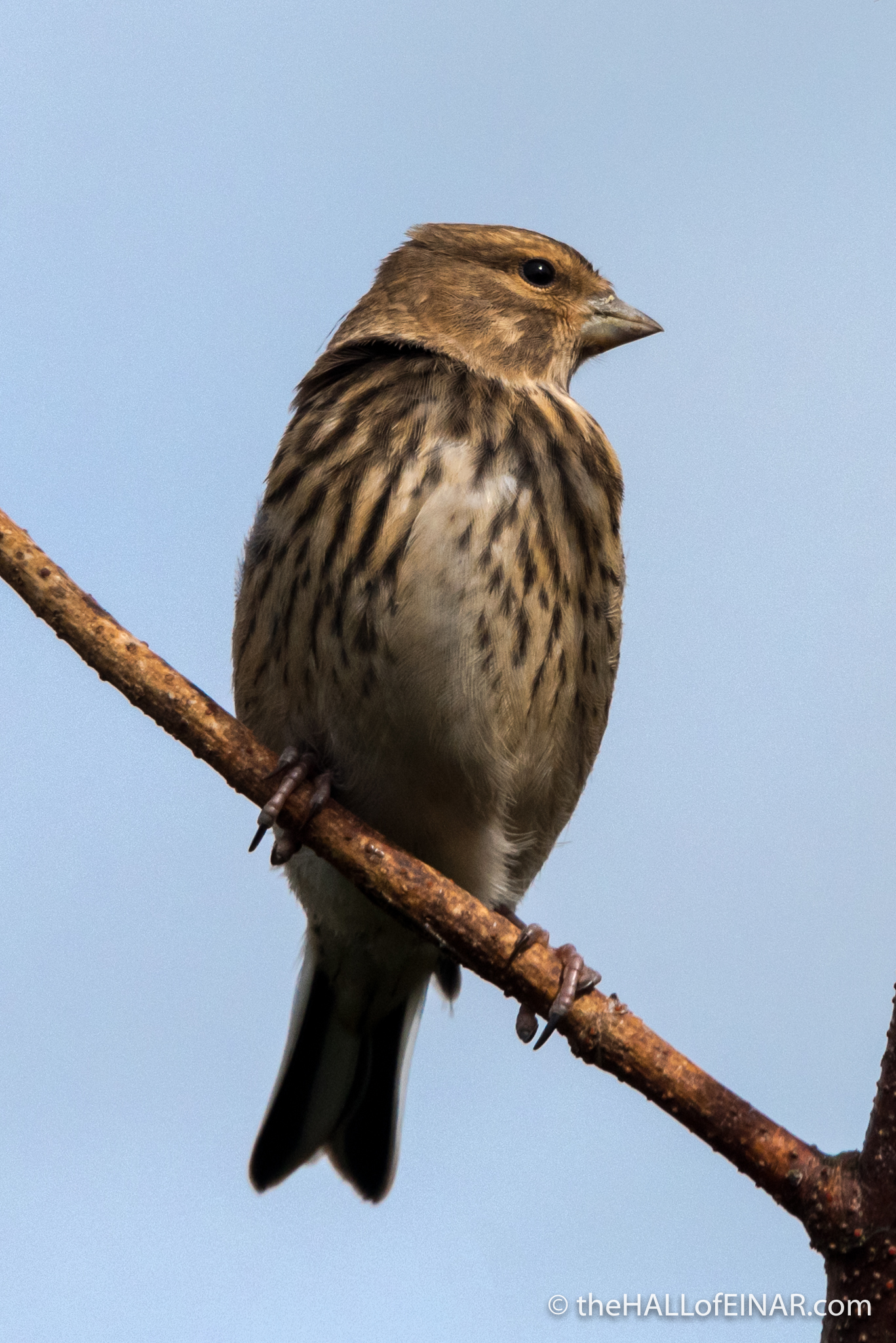 Then it flies off in an undulating burst.

I’m lucky that a male arrives in a flutter and perches swaying in the wind: 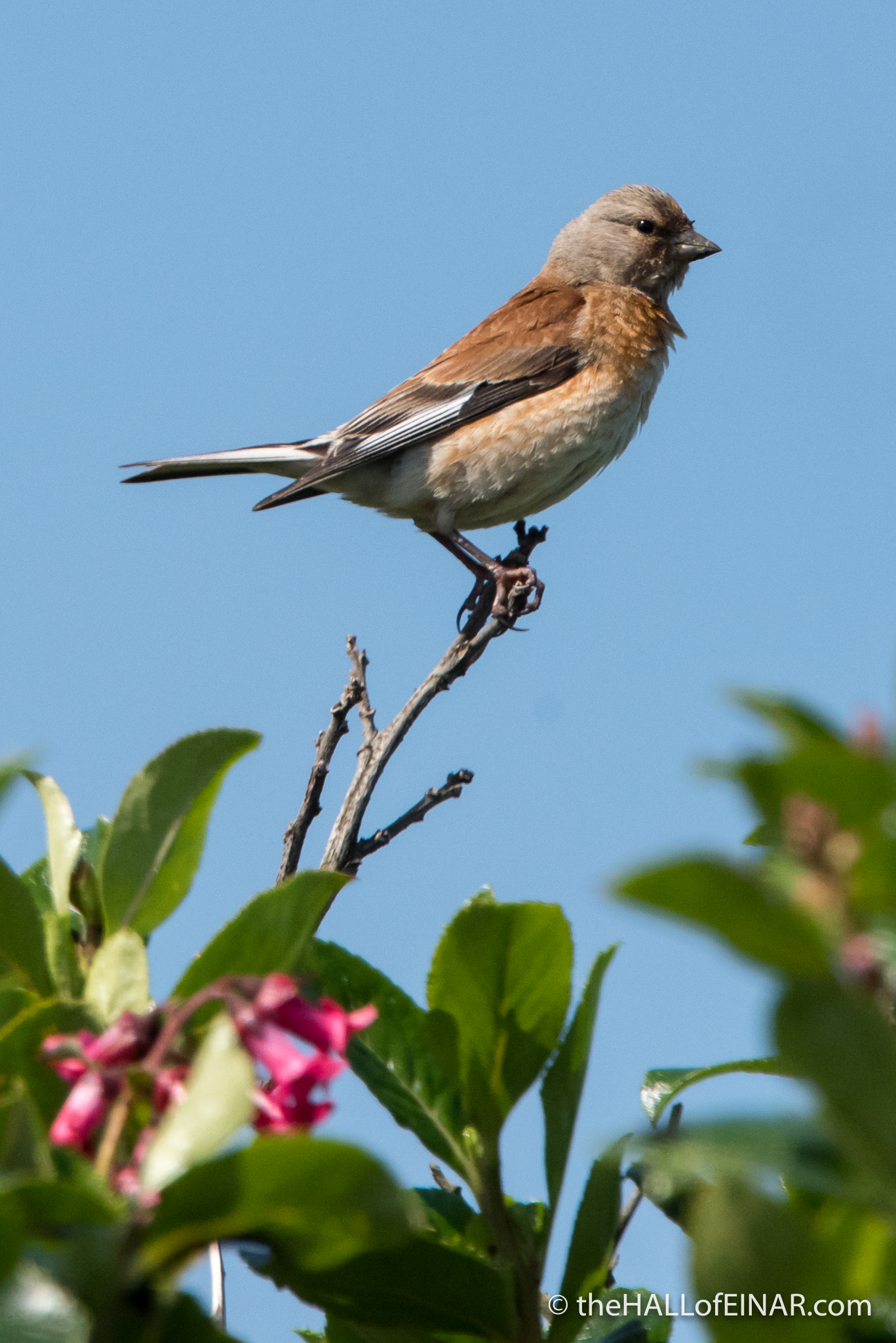 He looks at me curiously: 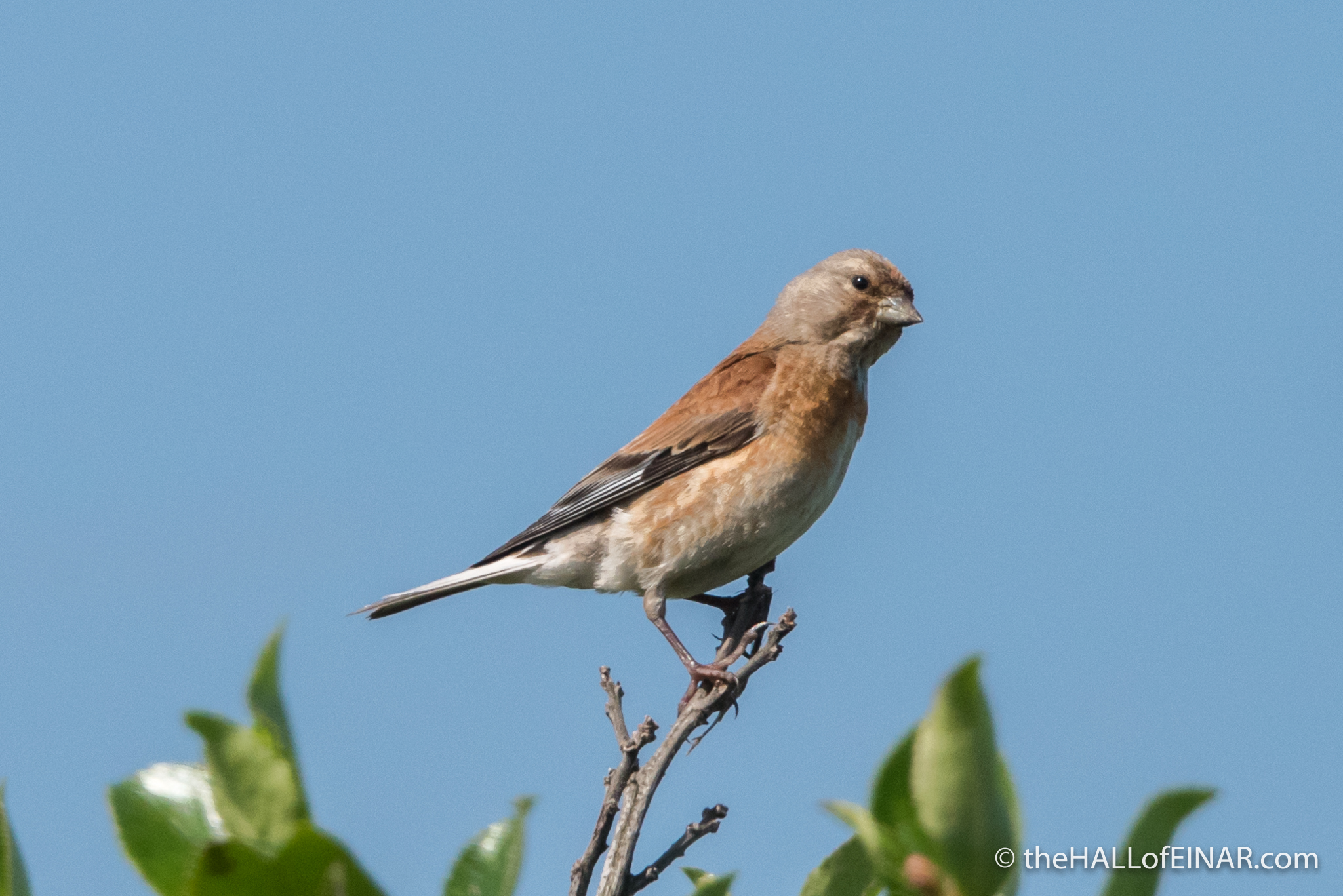