There’s time to visit Stover Country park and see some wildlife today. I’m taking my dad along so he can experience one of the #30DaysWild. The first thing we see is the entry sign: 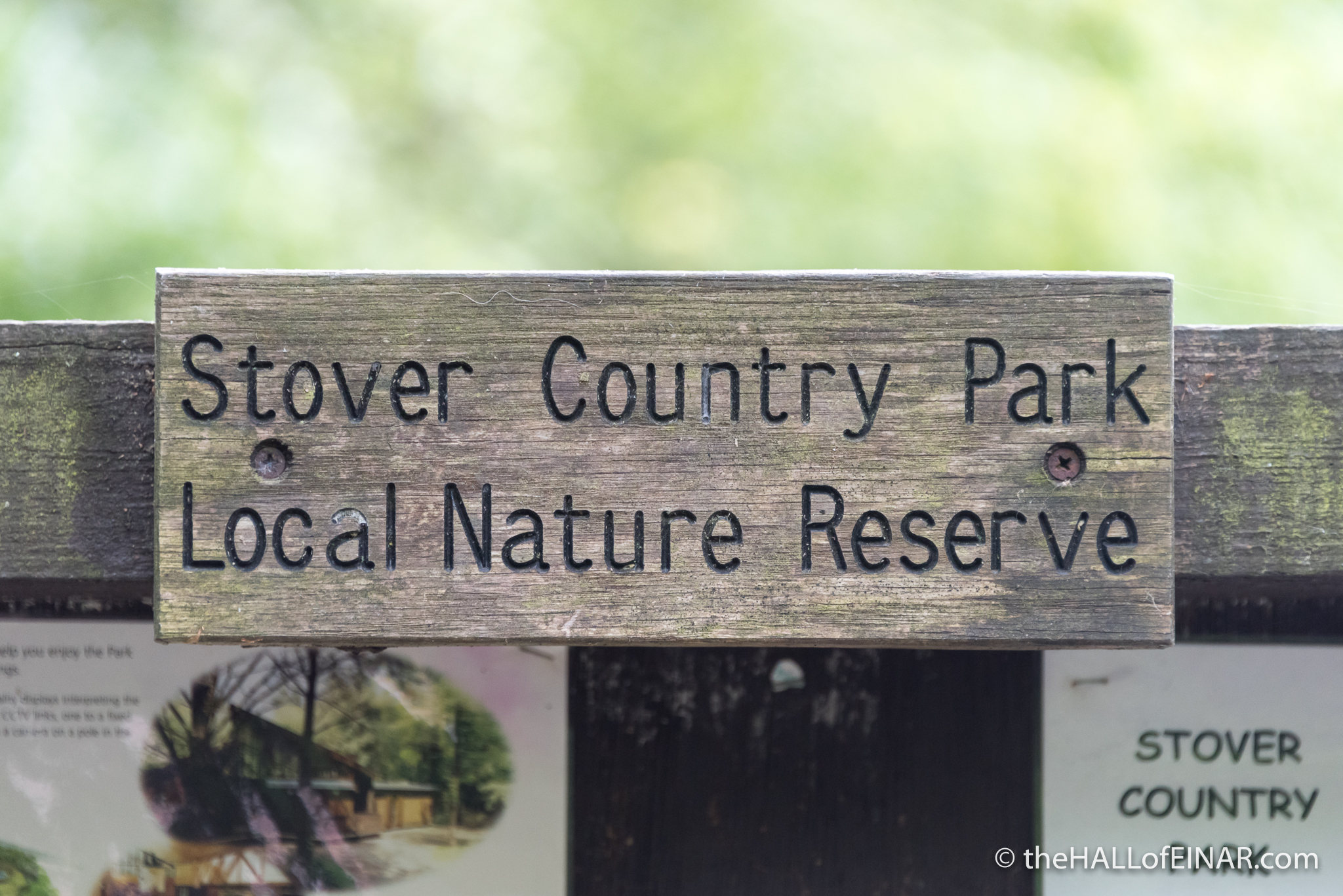 Then the most extraordinary thing happens; a Great Crested Grebe comes fishing at our feet as we walk around the lake. I’ve never seen one so close. 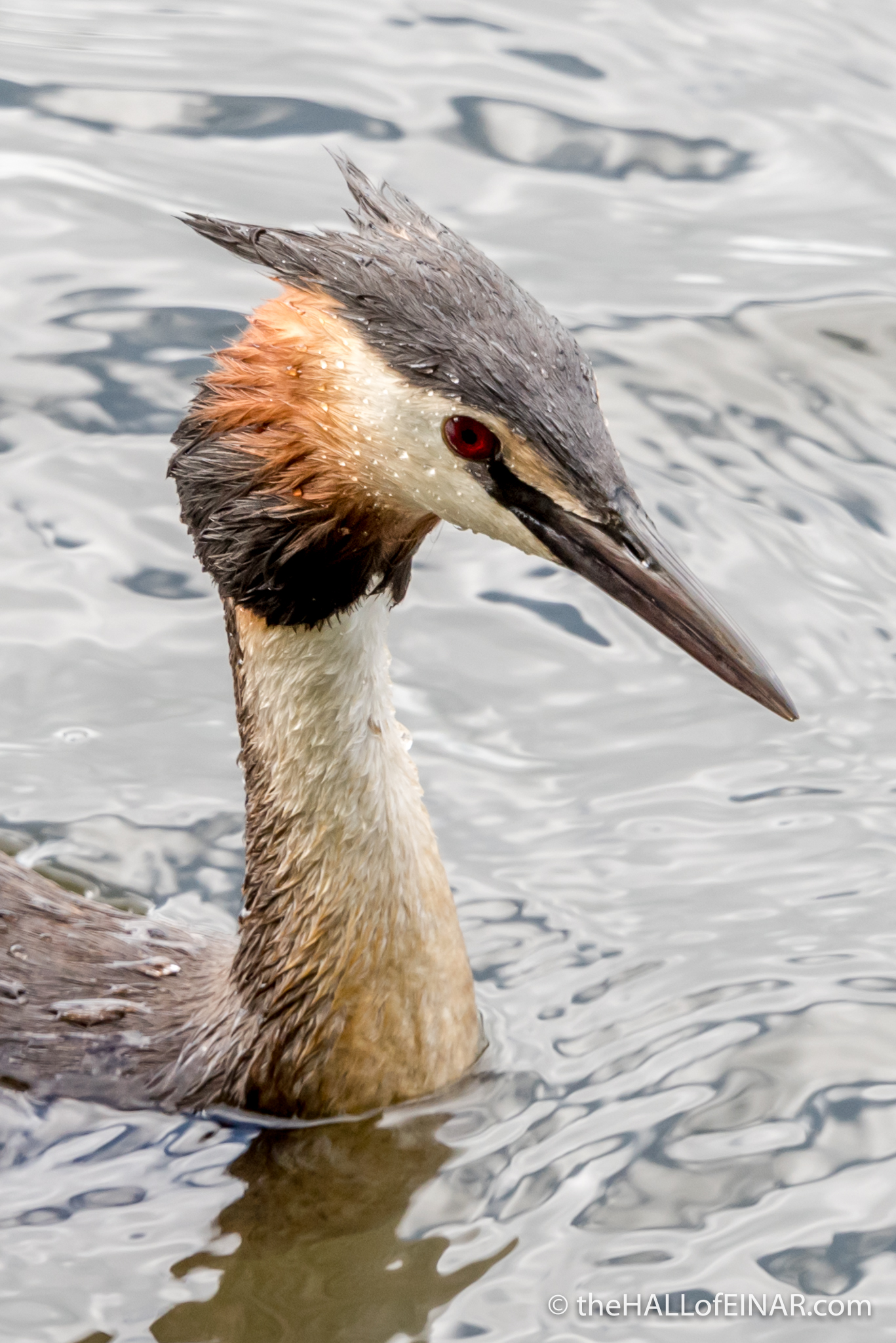 There’s also a Coot heading towards us. I’m slightly unnerved when I see just how far away its foot is from its body. Just how long are their legs?! Why is everything heading towards us and why are we having exceptionally close encounters today? Maybe my dad is a Coot magnet. 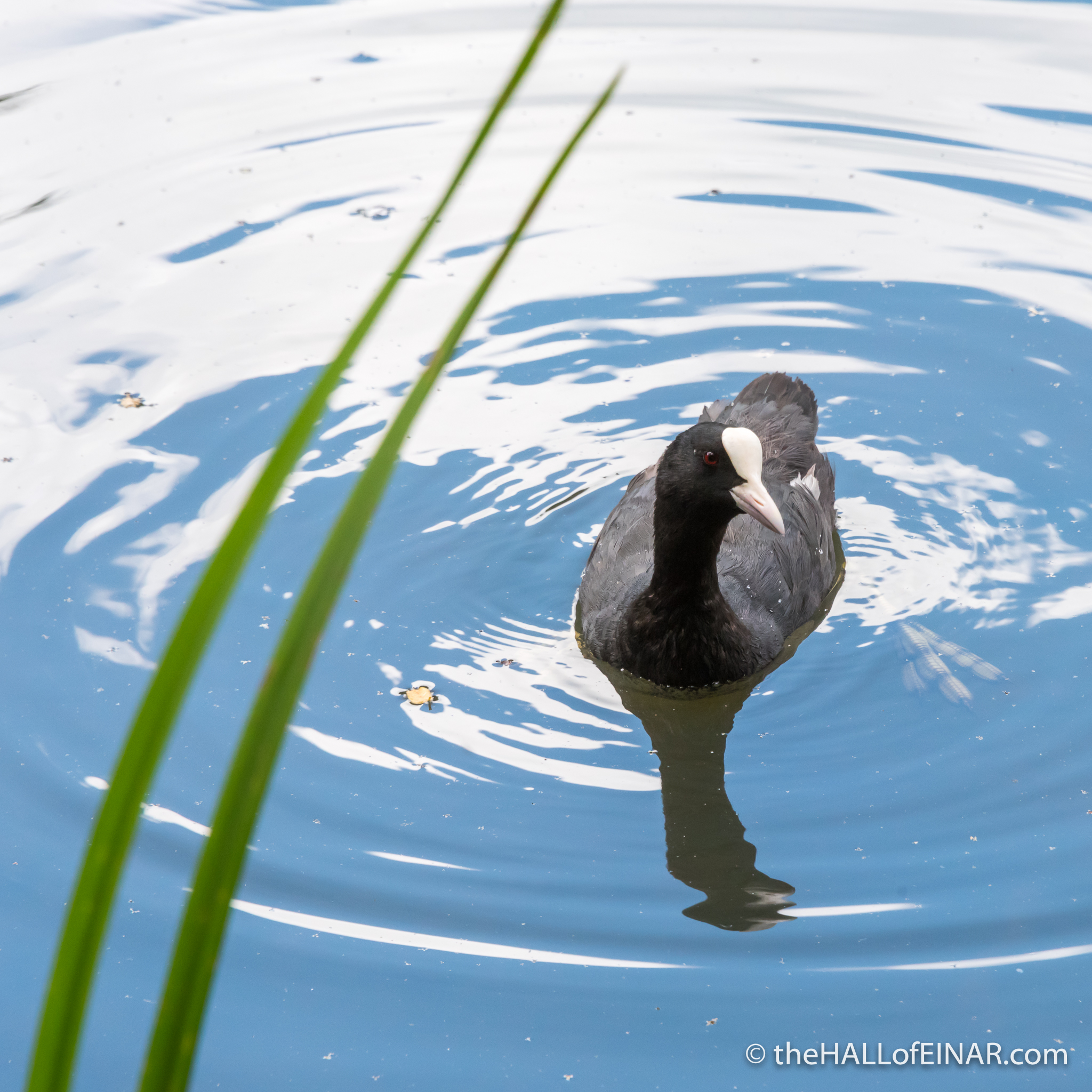 Out of the bushes at the edge of the lake come the most pitifully ugly duckings imaginable. Surely only a mother could love them? The Coot must.

There’s also a Moorhen preening itself. Keeping yourself waterproof is a must if you’re a waterbird. Just imagine how wrinkled you’d get otherwise: 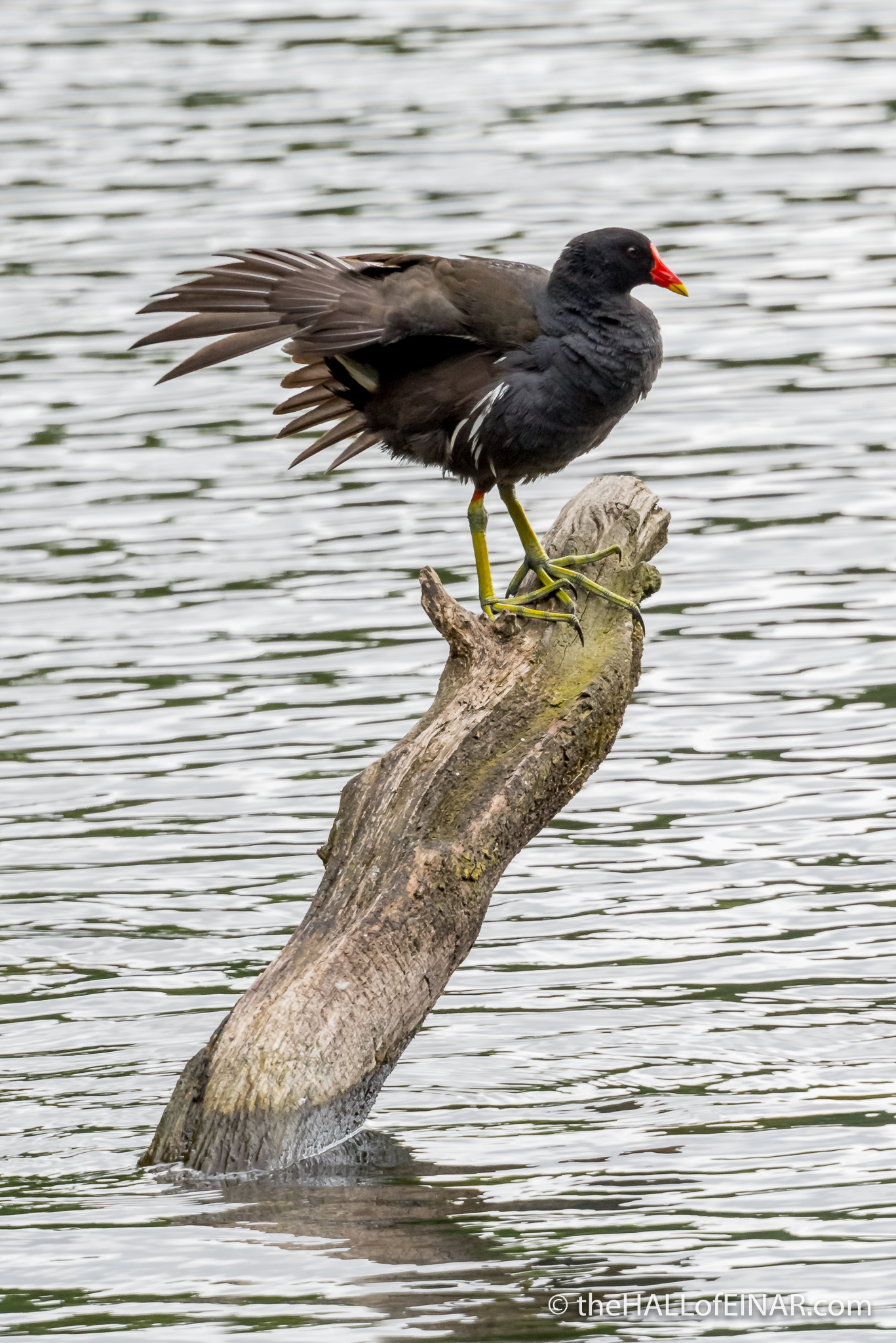 There’s a Pekin Duck on the lake today too. There’s only one of them; I just took two photographs of it so you could decide which was its best side:

Unfortunately for the Pekin Duck the Mute Swan (which is the only male Mute Swan on the lake) thinks that the small white duck is a territorial rival. I have never seen a duck’s legs move so fast in the water as this one did to escape. The Swan was so determined to repel it that it eventually took off and flew to chase it to the other end of the Lake.

The moral of the story is not that you shouldn’t be white on the same lake as a swan, but rather that Swans have no idea of relative size.

There’s also a Robin which looks like mothers do when they have spent all day looking after their children and they finally get a moment to themselves: 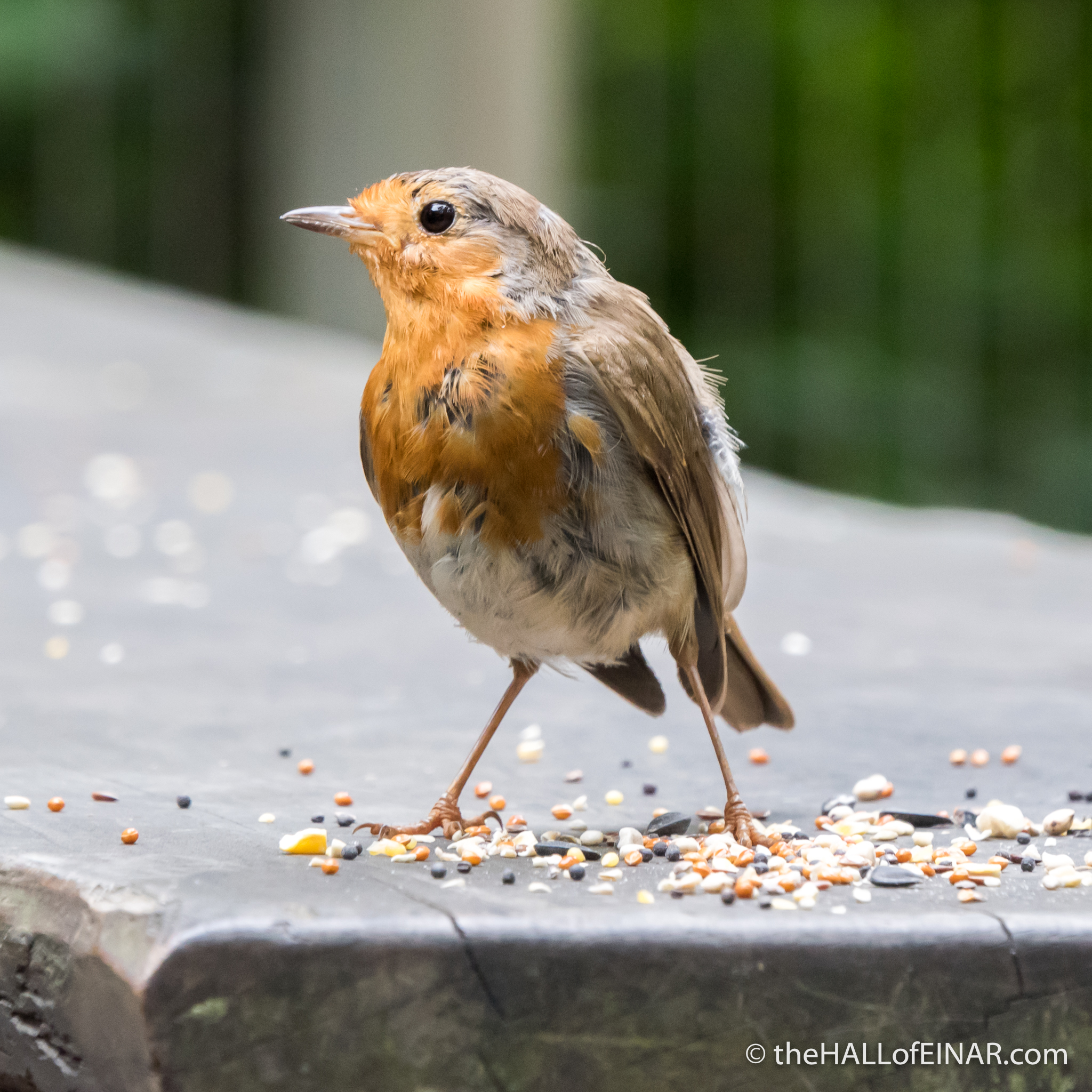 I think it was glad of a little food.

There was a female Blackbird looking significantly less hassled. Please never let anyone tell you that female Blackbirds are just ‘brown’. That doesn’t even come close to describing their beauty:

And finally, if there’s food there’s a Woodpigeon. It’s one of the Laws of Nature: 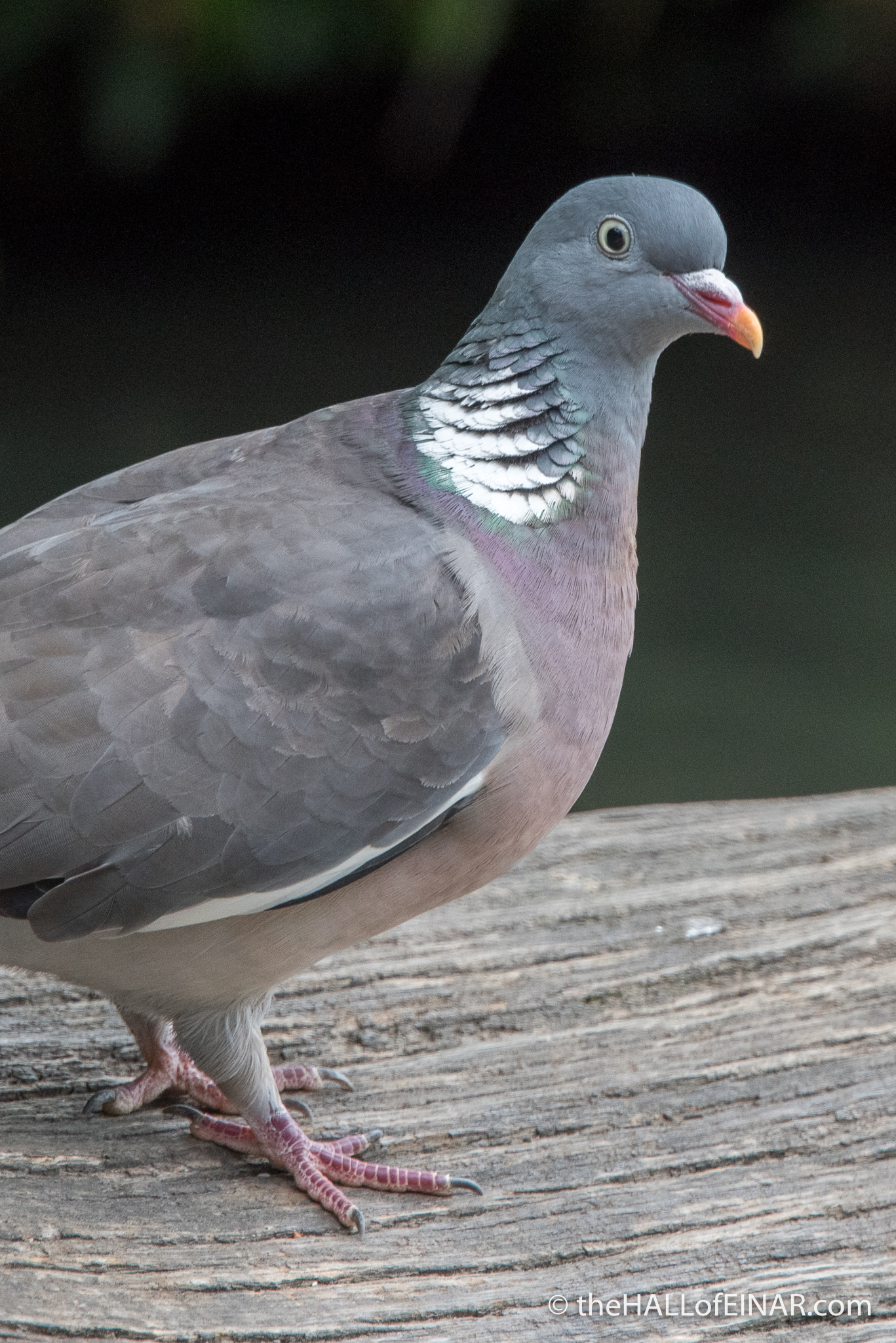