I’ve been to North Ronaldsay before. It’s an Orkney island which is further north than the south of Norway. Today is one of my few chances to get there and back in a day. There’s a Summer Excursion to the island run by Orkney Ferries from Kirkwall on Mainland Orkney to Westray to North Ronaldsay to Westray and back to Kirkwall.

I can drive on at Kirkwall, get the car off on Westray, get my electric bike out of the boot, and take it to North Ronaldsay return. I’ll have four hours on the island. Perfect. From the ferry I see a small dolphin-like fin attached to a very slow moving back which goes on and on through the water. It’s a Minke whale.

It’s easier to get a bike off at North Ronaldsay than it is to get your car off the ferry.

It’s a very pleasant cycle from the ferry to the lighthouse at Point of Sinsoss. The flat roads twist and turn, forced by geography and ancient field boundaries into a narrow asphalt way, with the occasional relief of a passing place.

And then I’m delighted to see Billy again:

Billy is the Keeper of the lighthouse here.

Billy tells a great tale about the lighthouse and the ships which foundered, and the people who lived on the islands. His voice is as soothing as North Ronaldsay sheep’s wool.

It’s a pleasure to see him again. 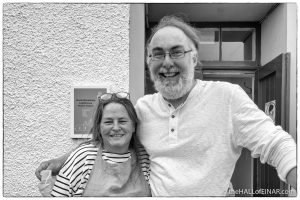 Island life and using your loaf I'm on North Ronaldsay for the day. My aim is to cycle and see some wildlife but I'm distracted. There's… read more 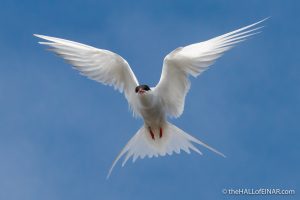 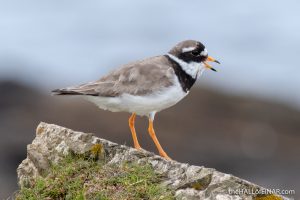 The Ringed Plover and the broken wing act There's a Ringed Plover on the shoreline of North Ronaldsay, one of the most northerly islands of Orkney: I creep… read more 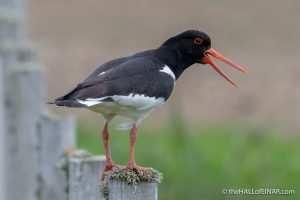 Sea Pies Oystercatchers are known as Skeldro, Chaldro, or Shaalder in Orkney. If you think those names are difficult, internationally they are… read more 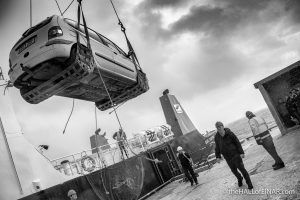 Special Sunday Excursion to a living island I've been in and around Orkney for ten years and never been to some of the outer islands. Being in… read more 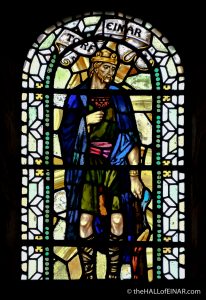 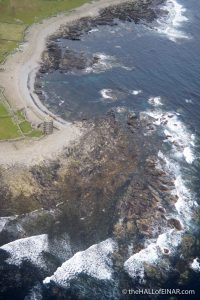 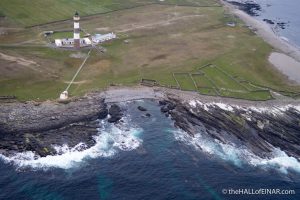 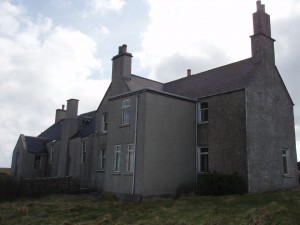 A Light in the Black November in Orkney and the days are short and the nights are long. I'm told that the reason many people… read more