Einar, or Torf-Einar as he is sometimes known, is celebrated in this wonderful stained glass window at St Magnus Cathedral in Kirkwall. 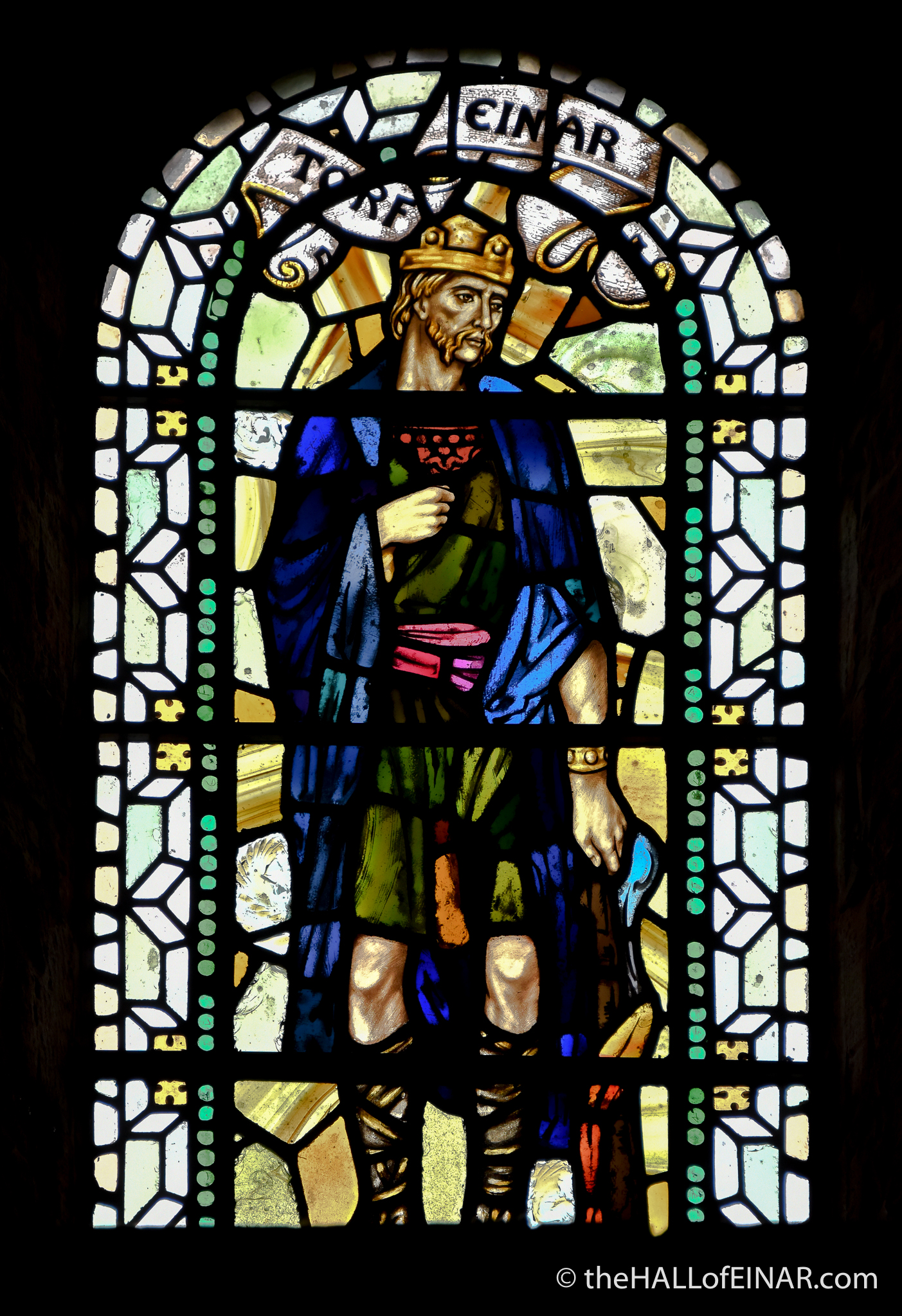 In the 9th Century the ownership of Orkney and Shetland was given as a compensation payment by Viking King Harald Fairhair to Rognvald Eysteinsson, after Rognvald’s son Ivarr was killed in battle. Einar was Rognvald’s ugly one-eyed bastard son of a slave. Einar volunteered to win the Orkney Islands back after they were lost to invading Danes. He did so and later killed the Dane Halfdan Longleg after a naval battle off North Ronaldsay. As the Orkneyinga Saga says:

“Einar had his ribs cut from the spine with a sword and the lungs pulled out through the slits in his back. He dedicated the victim to Odin as a victory offering.”

A gory human sacrifice of ‘the blood-eagle’ to a Heathen Norse God. Maybe he doesn’t seems like the sort of man you would want to celebrate in a Cathedral.