If someone uses the word ‘improvements’ you know it’s likely to be a euphemism. It means ‘damage limitation’ or ‘rectification of errors’ or ‘destruction of something old and valuable’. It’s the same with DIY and ‘home improvements’. It’s meant removing picture rails, dado rails, traditional fireplaces and cornices and panelling over panelled doors as well as replacing natural, breathable wooden windows with unplasticised polyvinyl chloride. Improvement? It’s often a disaster.

The same is true of anyone trying to convince you they’re making ‘environmental improvements’. The natural world is fine as it is without human interference. You can’t improve on nature; we can only try to make good our interference with it. It’s never improving it, it’s always reducing the harm we’re causing it.

When I read about the ‘improvements’ made at Stover Country Park I wondered whether the same would be true.

Here’s what Devon County Council has to say:

“The £2.9m scheme at Stover Country Park, which is designated as a Local Nature Reserve and a Site of Special Scientific Interest (SSSI), included the construction of new sustainable drainage, providing significant environmental, sustainability and social benefits.”

£2.9m is a lot of money to spend on a country park and a huge amount to spend on drainage. What have they done with it? They’ve built reed beds. Why?

“Once established the 3,800 square metres of reeds act as a filter, capturing and filtering highways water run-off from the A38 and Drumbridges roundabout before it enters Stover lake. The reeds, which are native to the area, were planted upstream of the lake to act as a natural barrier and filter pollutants.”

The Stover reedbed scheme won the Chartered Institution of Highways and Transportation (CIHT) South West Sustainability Award earlier this year. It’s now one of 12 projects in the running for the ICE (Institution of Civil Engineers) South West Civil Engineering Awards 2020. If organisations like the Chartered Institution of Highways and Transportation and the Institution of Civil Engineers want to give shiny trophies there must be millions of pounds involved for builders. It was the same when the ugly eyesore Department of Zoology in Oxford, where I was a student, was awarded a plaque from the Concrete Society. It was simply a reward for buying concrete and an encouragement to others to buy concrete. That’s industry awards for you.

If you check the news from 2018, the scheme was priced a little differently:

Now, an innovative £1.6 million reed bed system is to be installed at Stover Country Park near Newton Abbot.

Underwhelmed? For £2.9 million we have chopped down a small part of a nasty Forestry Commission crop of conifer trees, moved 6,000 tonnes of soil and replaced them with a reed bed. Why?

The real reason for the scheme is because of pollution from the nearby A38 and from farming. Cars leave behind a toxic mixture of oil, diesel, petrol, particulates, rubber and metal from brake dust, especially when they have to change gear or slow for a roundabout. That pollution was regularly washed down into Stover Park lake. It was joined by runoff from farming, with high volumes of nutrient-rich slurry and artificial fertiliser. Its visible effect was to kill many of the fish in the lake, several times. In summer, with the water at 24 degrees, no rain and low oxygen levels in the rank, stagnant water, everything active died.

We’ve done nothing to reduce the volume of pollution being produced, all we’ve done is moved it upstream and attempted to collect it.

Stover is a Site of Special Scientific Interest because of its nature. There are rare dragonflies there, but it’s also one of the largest and most important lakes in Devon. It was in a very poor state. Here’s the Council again:

A Natural England condition assessment of Stover lake (21st July 2009) reports an “unfavourable no change” condition. The reason given for this adverse condition is “water pollution – agriculture / runoff”. 1998 English Nature report for South Devon notes that “Siltation, natural succession and pollution by hydrocarbon runoff from the A38 pose ongoing management issues at Stover lake”.

It’s one of Devon’s most important lakes and it was so polluted, there wasn’t enough oxygen, and there was too much toxic silt with copper and zinc, for life to survive?

We’ve not really ‘improved’ Stover Lake with this £2.9m, we’ve attempted to stop ourselves from ruining it. There are hopes that white water lilies will grow once again on the lake’s surface. They’re an important symbol, but the underlying problem remains everywhere else.

What we need to spend our money on is reducing car travel. Just think: every main road, every roundabout, every nearby drainage ditch, every stream, every river, is full of exactly the same car pollution. There are the same metals, the same hydrocarbons, polluting everywhere else there’s a road.

The scale of fuel usage in the UK in a year is mind-boggling:

Rubber is relatively inert, but there are 30 million replacement tyres fitted to vehicles every year in the UK. That’s a lot of rubber left as dust in the environment. How many new brake pads and brake discs will leave their poisonous dust on our roads?

Here’s the new signage from the Park’s ‘improvements’:

According to their interpretation graphic, it’s equally the fault of trees as it is the pollution on the road. Oak trees; destroying biodiversity since they evolved by polluting our lakes, each with their 2 tonnes of leaves every year. And pollution from farming? That doesn’t get a mention.

Air pollution is the biggest environmental threat to health in the UK, with between 28,000 and 36,000 deaths a year attributed to long-term exposure. There is strong evidence that air pollution causes the development of coronary heart disease, stroke, respiratory disease and lung cancer, and exacerbates asthma.

It’s also not just the UK which suffers from the UK’s vehicle emissions. You may have thought that acid rain killing forests and polluting lakes in Norway was a thing of the past, since the reduction in sulphur from coal-fired power stations, but UK farming and UK vehicles are still spewing vast quantities of nitrous oxide into the air we share:

Norway is still pouring up to 45,000 tons of lime into rivers and lakes each year to counteract the effects of nitric acid in rainfall.

Our vehicle emissions are not just killing people and wildlife in the UK, they’re killing fish in Norway’s lakes and rivers.

We appear to be celebrating saving a tiny area that people visit, while leaving the rest to be horribly polluted. It’s a hollow victory. I’ll enjoy the white water lilies, but who will protect the rest of nature?

Some wildlife from Stover 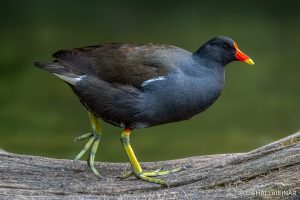 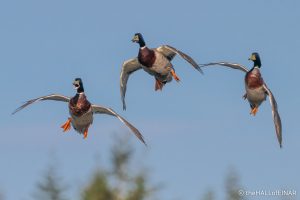 When your mates arrive pre-loaded It's an evening out in England and your friends are meeting at yours. The cost of alcohol in pubs and… read more 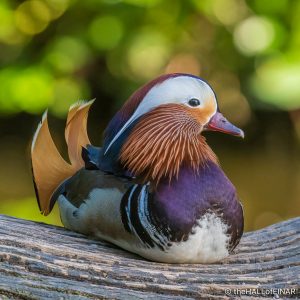 A Mandarin Duck spectacular The light's just right. And so is the duck. Photographs of Mandarin Ducks just never get old. Unlike me. After… read more 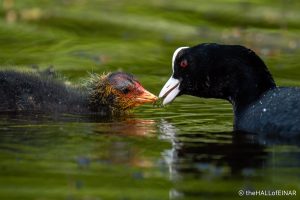 And then there was one.. again! I've loved watching Coots have ugly-beautiful chicks and the dedication of the parents to raise them. One of the pairs… read more 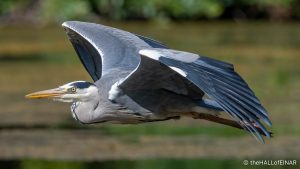 Grey Heron flypast A Grey Heron flies past me from left to right at Stover Country Park. I don't notice it until it's… read more 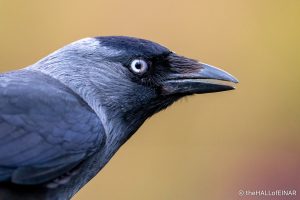 Look at the nictitating membrane on that! Birds have several superpowers. One is that they can blink and still see, even when in the middle of blinking.… read more 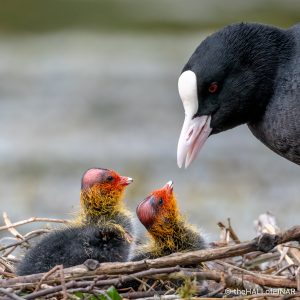 Coot cuties Last week this Coot was sitting on six eggs. I waited until the incubating parent had a brief rearrange of… read more 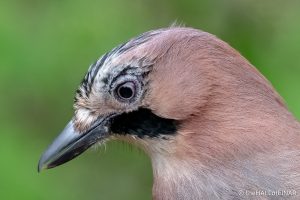 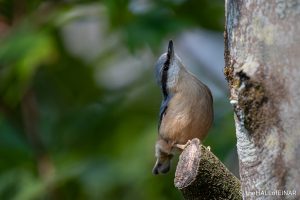 Vogue I love it when a Nuthatch strikes a pose! read more