There’s time for us to visit the Italian Chapel on Orkney’s tiny Lamb Holm island. It’s connected to other islands and the Mainland of Orkney by a road built along the Churchill barriers, constructed by Italian prisoners of war during WWII.

Outside it stands a statue made by one of those prisoners of war, Domenico Chiocchetti. Domenico was a brilliant artist who could use only the materials he had to hand to create it; barbed wire and concrete.

I find the world full of literal people; people who find literal meaning in everything they see. To them, St George really did kill a dragon, and if dragons don’t exist, then St George couldn’t have existed. I think we all need more metaphors in our lives. The dragon was really a metaphor for evil. By the end of WWII we had contributed to the defeat of the greatest evil of the 20th Century.

Domenico’s spirit is still here, allowing us to appreciate that victory in the very best way he could; through his art. 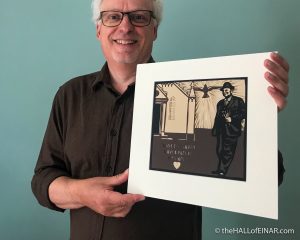 Domenico I had no expectations when I first visited the Italian Chapel in Orkney. I'd not seen any photographs larger than… read more 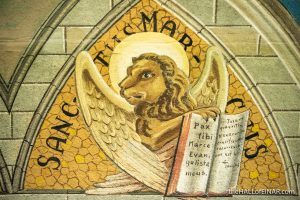 Peace to you Orkney's Italian Chapel is a jewel, a relic, a prayer and a tiny beacon of hope. It's also a spectacular… read more 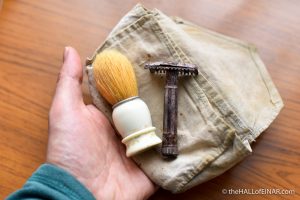 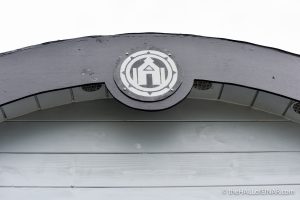 The Italian Chapel has twins Orkney's Italian Chapel was once part of a large complex of Nissen huts with tracks and gardens. For many years… read more 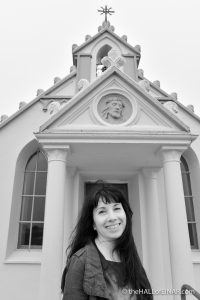 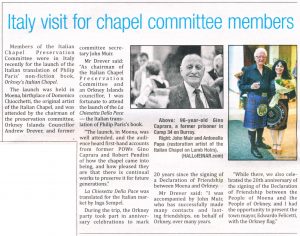 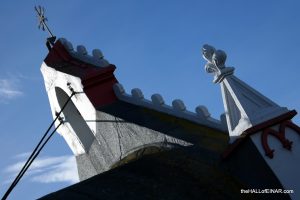 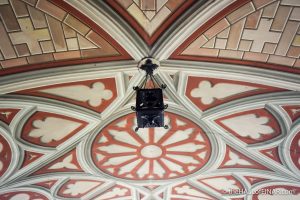 Fragile and immortal The Italian Chapel on Orkney's tiny island of Lamb Holm is so fragile. These are not bricks; this is not… read more 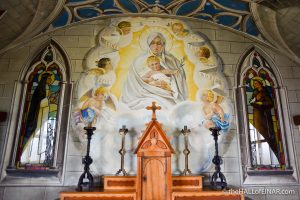 The words in his pocket Oh let men, overcoming individual and national egoisms, recognise themselves as brothers, may they refrain from discord, may they love… read more