Non-scientists often think the mysteries of the living world have been solved. Nothing could be further from the truth. There’s plenty of assumption and conjecture as well as bad science around. There are also plenty of fields in biology which haven’t been studied and there are still species we haven’t yet discovered. We need far more study of the natural world to provide evidence of how it works. Yet what scientists call ‘theories’ are, despite their name, facts.

Evolution is the truth. It’s a fact. It’s how we got this incredible variety of natural life, including the weird and wacky birds at Bempton Cliffs. The theory of evolution by natural selection is the single most powerful insight into all our lives which has ever been described. It’s tragically perverse that scientists continue to use the scientific word ‘theory’ to name it. To scientists, a theory is as close to the truth as it’s possible to get without it being a mathematical proof. However, for many non-scientists, a theory means speculation or conjecture; it’s something which sounds like it might be a good idea. Those two meanings couldn’t be further apart if they tried.

I’m sure this Herring Gull would agree if it could:

I’m in favour of renaming the ‘theory’ of evolution as the ‘fact’ of evolution or the ‘law’ of evolution. Then its name would communicate what scientists want it to. Isn’t that the point of communication? That the message meant is the one that’s sent and is the same one that’s understood? At the moment we have a tiny group of scientists insisting that millions of others are using ‘their’ word, theory, incorrectly. It would be laughable if it wasn’t so sad. Why keep saying the word theory when you know almost everyone will misunderstand it and you’ll constantly get frustrated by having to say ‘I don’t mean that kind of theory’, in an exasperated and condescending voice?

It’s as comical as this Puffin:

Evolution was a fact long before people recognised that it was happening. In fact, it was a fact 3.5 billion years ago. Thousands of years ago, people in Ancient Greece first recognised that evolution had happened when they found fossilised sea creatures, that no longer existed, in rocks at the tops of mountains. It took real insight to understand the natural process which resulted in all of the diversity of life on Earth and it was Darwin and Wallace who gained that insight and shared it with the world.

This Razorbill looks excited about it:

What Alfred Russel Wallace and Charles Darwin proposed wasn’t just evolution. What they proposed was evolution by natural selection. They weren’t proposing whether evolution had happened, they were providing the evidence of how.

Evolution by natural selection is a simple but genius idea:

Puffins and Razorbills share similar characteristics. Going back in time there must have been a point where every Puffin and every Razorbill had a single common ancestor. It was their Ancestral Auk. That Ancestral Auk was a hairpin bend in the evolution of Puffins and Auks. It’s from that exact point, and that exact individual, that their populations began to diverge, became separated, evolved different characteristics and became incompatible so they could no longer breed with one another. Their gene pools were forever separated. They are still cousins, close cousins, but distinctive and separate.

That’s true of all life. We are all cousins with every other form of life. If you trace your direct personal ancestors back through the generations, you get to your pre-human ancestors, and then you get to your long-dead mammal ancestors, and then extinct reptiles and finally to a single animal which is your ancestor and the ancestor of all birds. Turn the hairpin bend and march forward and you eventually reach today and this Puffin. That’s probably about a 320 million year journey back. You are related to Puffins and we all have ancestors in common with them. We are all the cousins of Puffins, no matter how distant the relationship.

We are related to every other living species on Earth by the same hairpin bend of evolution and a single common ancestor at different points in evolutionary history. Mind-bending, isn’t it? Hard-pin bending, even.

We are all tiny islands of biology, carrying with us an ancestral gift of our genetic inheritance, shared with every other form of life.

This Fulmar looks pretty amazed by it all:

Fulmars may look like gulls but their tubenoses give them away. They are more closely related to albatrosses.

There are just two species of Kittiwake in the world and we only have one of them on this side of the Atlantic:

The other is on the other side of the world. It had to be, otherwise they wouldn’t have evolved into different species.

Many of the species we are familiar with are facing extinction because we are changing their environment. There is about to be more change in our climate in 100 years than in the last 10,000 and the natural world is struggling to adapt. Our problem is that humans have mastered control of natural resources in a way which is damaging the Earth and leading to uncontrolled global heating.

What do you do when you’re a Puffin who mates for life, returns to your ancestral burrows to breed and the fish on which you depend have been caught or moved? We take 1,000,000 tonnes of sandeels and other fish out of the North Sea ever year and climate destruction means the Puffin’s food is moving far, far away from their traditional nesting sites.

What are we doing with all those sandeels? We’re feeding them to pigs to produce cheap bacon on spreading them on fields as cheap fertiliser. Unable to raise their single Puffling a year, the breeding success of Puffins has reduced significantly in many parts of their territory.

Unless Puffins adapt, and soon, we will never see them again. Unless, of course, we stop intensive agriculture, curb the fossil fuel industry and reforest and rewild large areas. Puffins. They are our cousins. That means we have a duty to treasure them and protect them. Doesn’t it? The changes we are making to our shared world are too fast and over too few generations for successful Puffin adaptations to become widespread.

We’ve already made the Great Auk extinct so we could have a few meals and feather pillows:

Are you willing to change your way of life to preserve the diversity of life on Earth? If so, when? And how do we persuade the rest of humanity to follow when there is so much inequality of wealth?

Every living thing is your family. It’s selection, naturally. 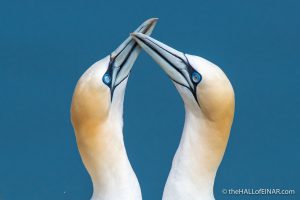 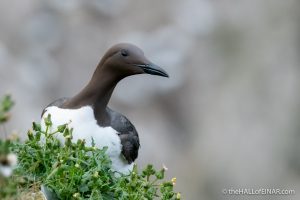 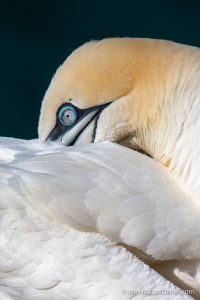 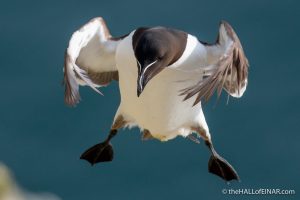 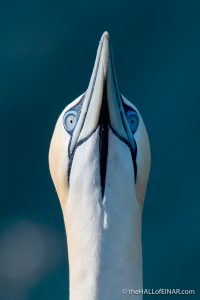 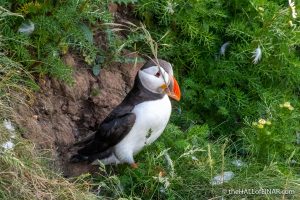 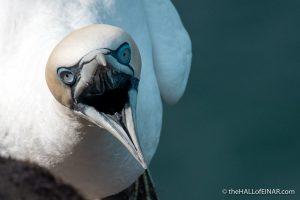 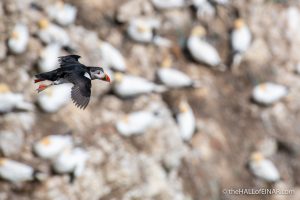 2 Responses to "Bempton birds – Cousin Puffin and the Ancestral Auk"