There’s a beautiful nursery down below on these precarious cliffs: 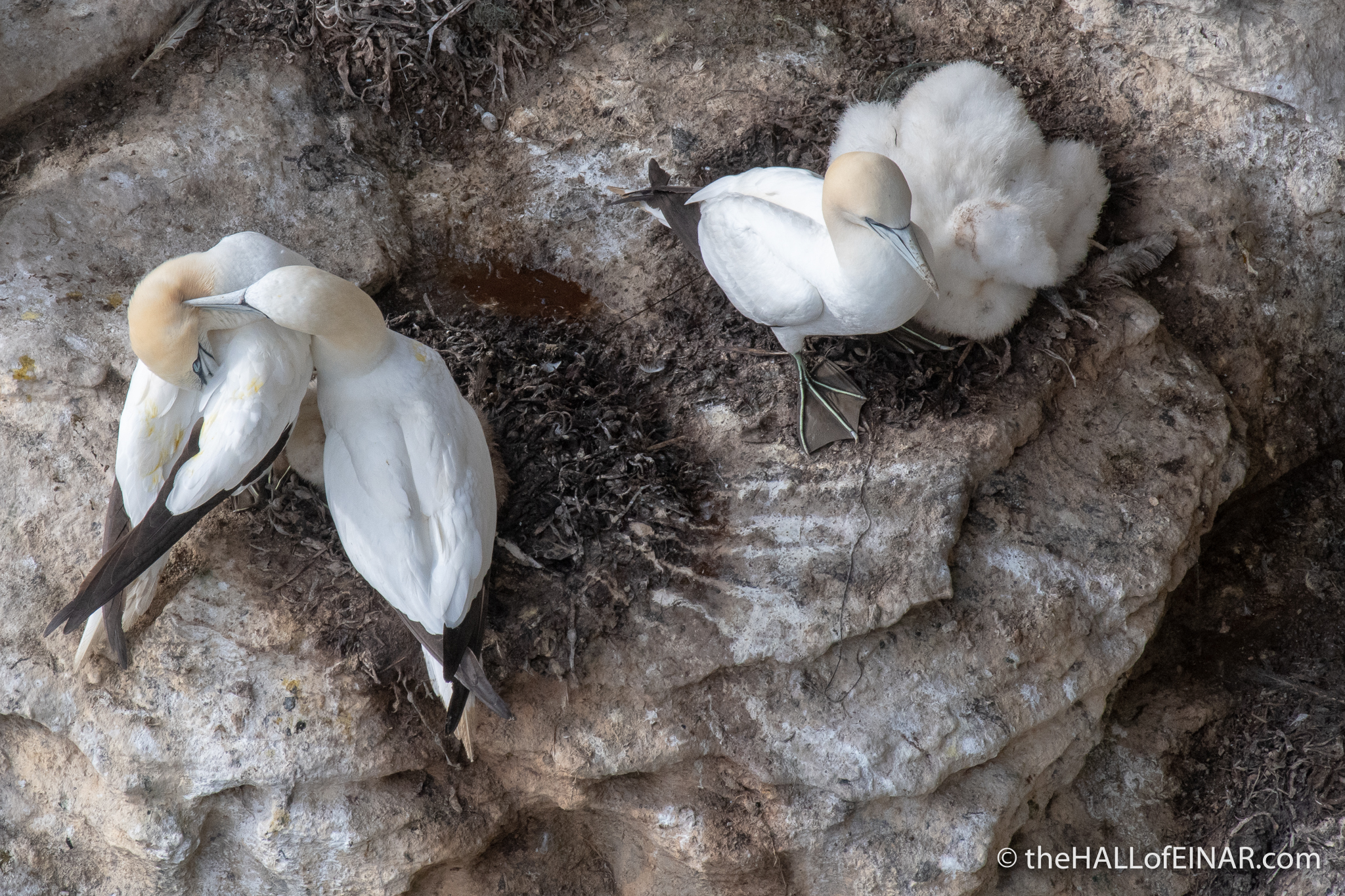 Adult Gannets are tending to their chicks and grooming themselves and each other: 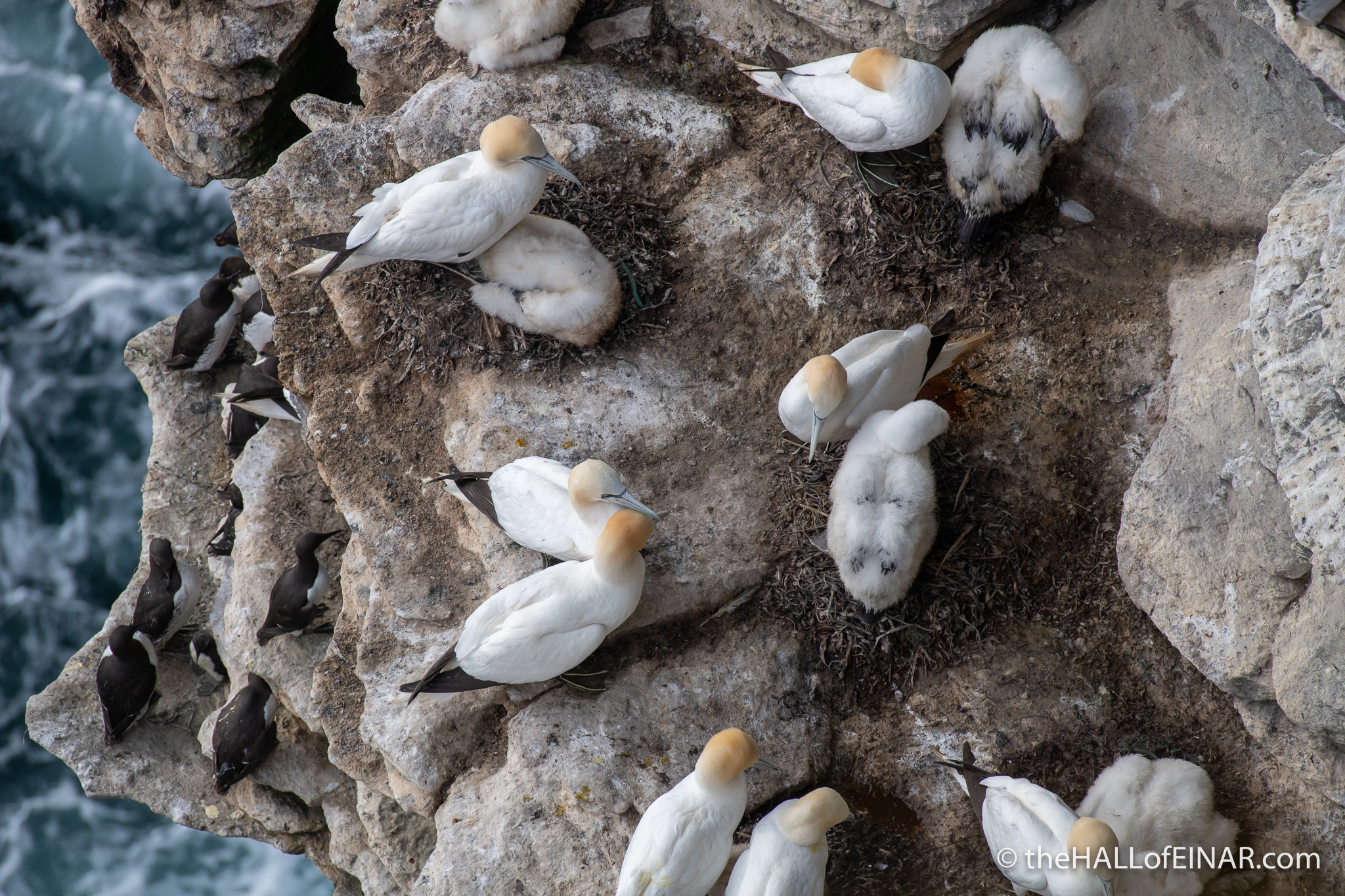 They stand on guard, wary against attack, despite their chicks being almost as large as they are now. 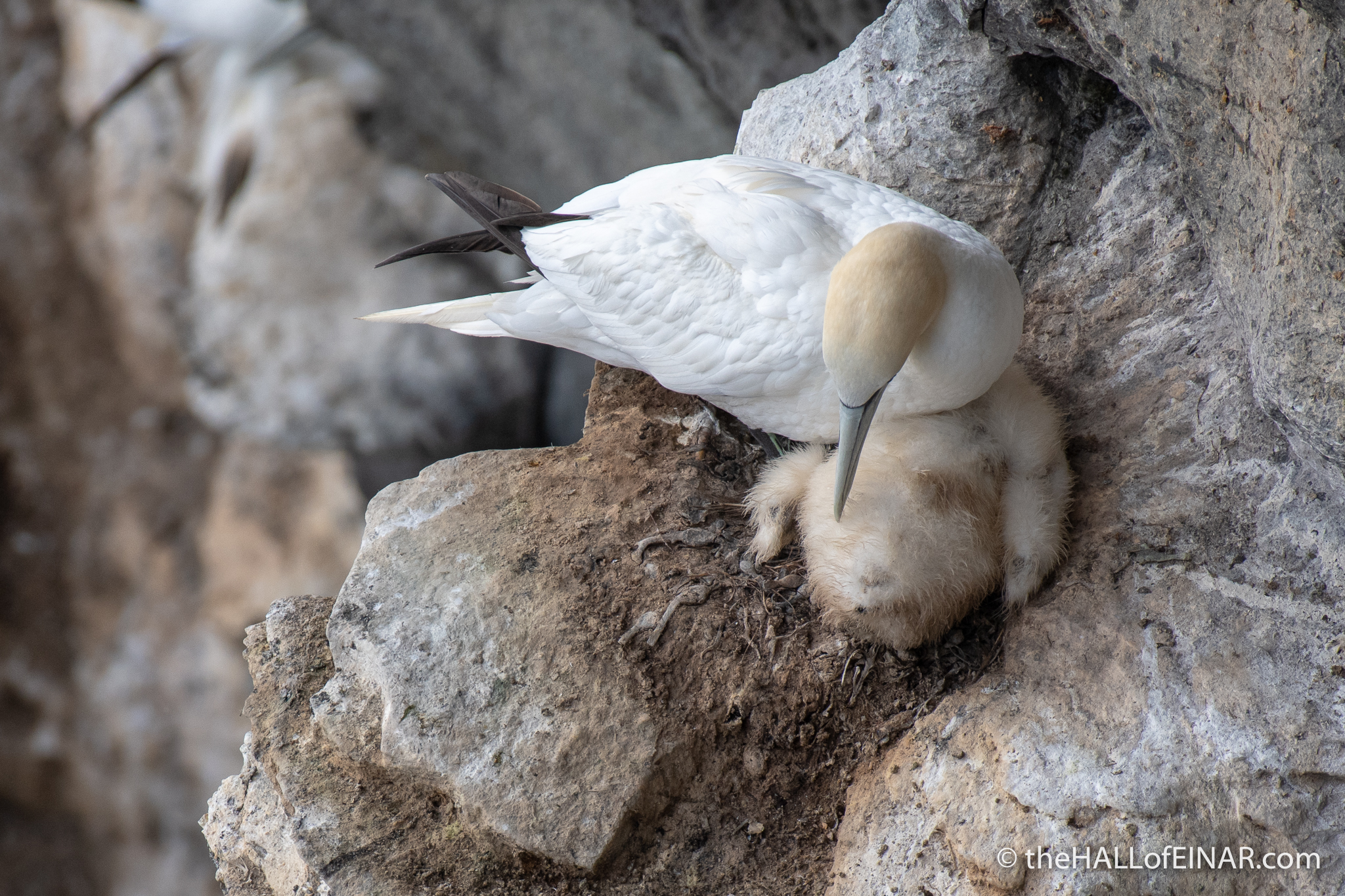 The care and devotion they have to their family is extreme: 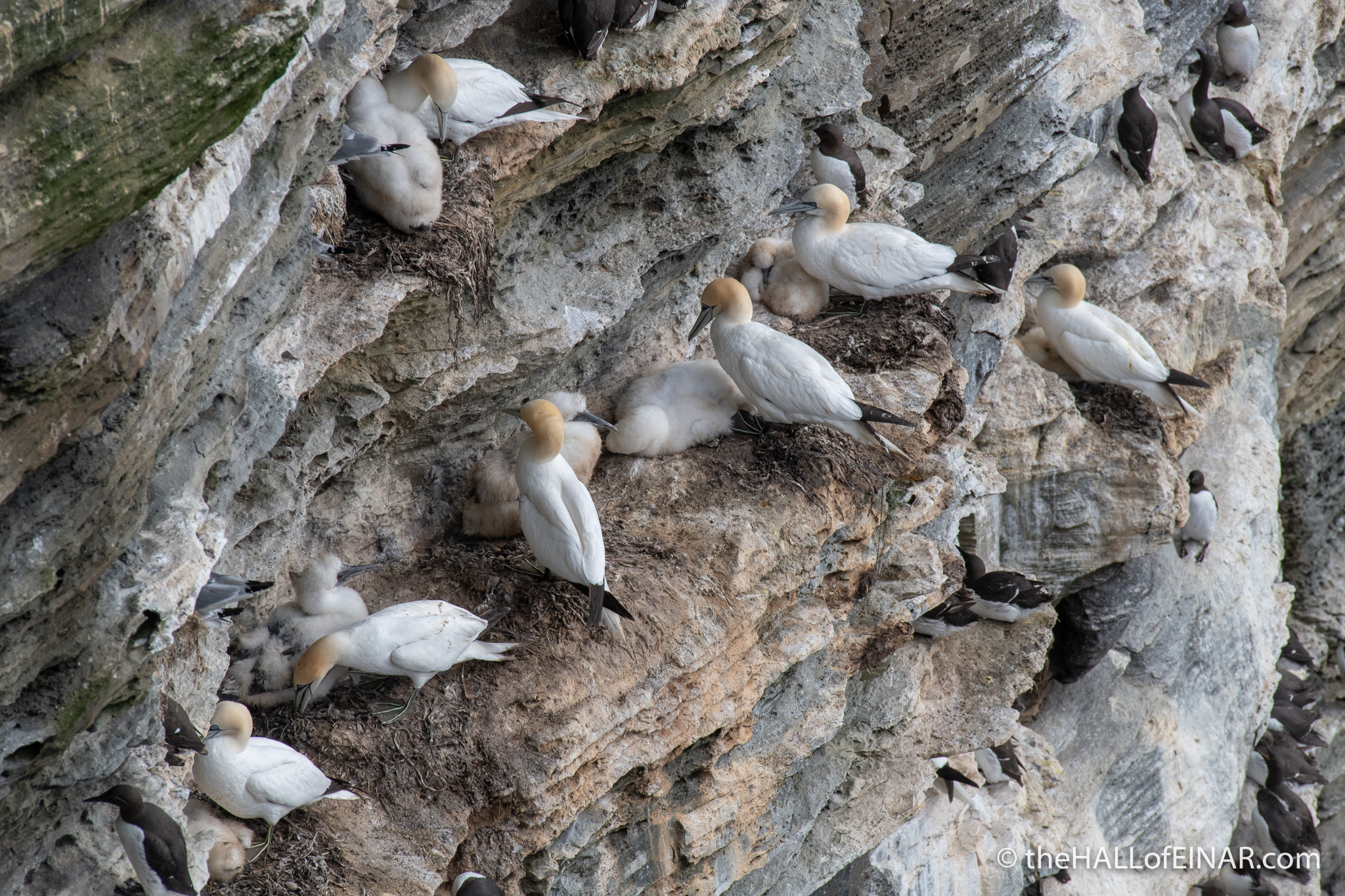 There’s an entire cliff social system, with Guillemots, Razorbills, Kittiwakes and Gannets all sharing the same space, with a few enthusiastic Puffins getting in on the action too: 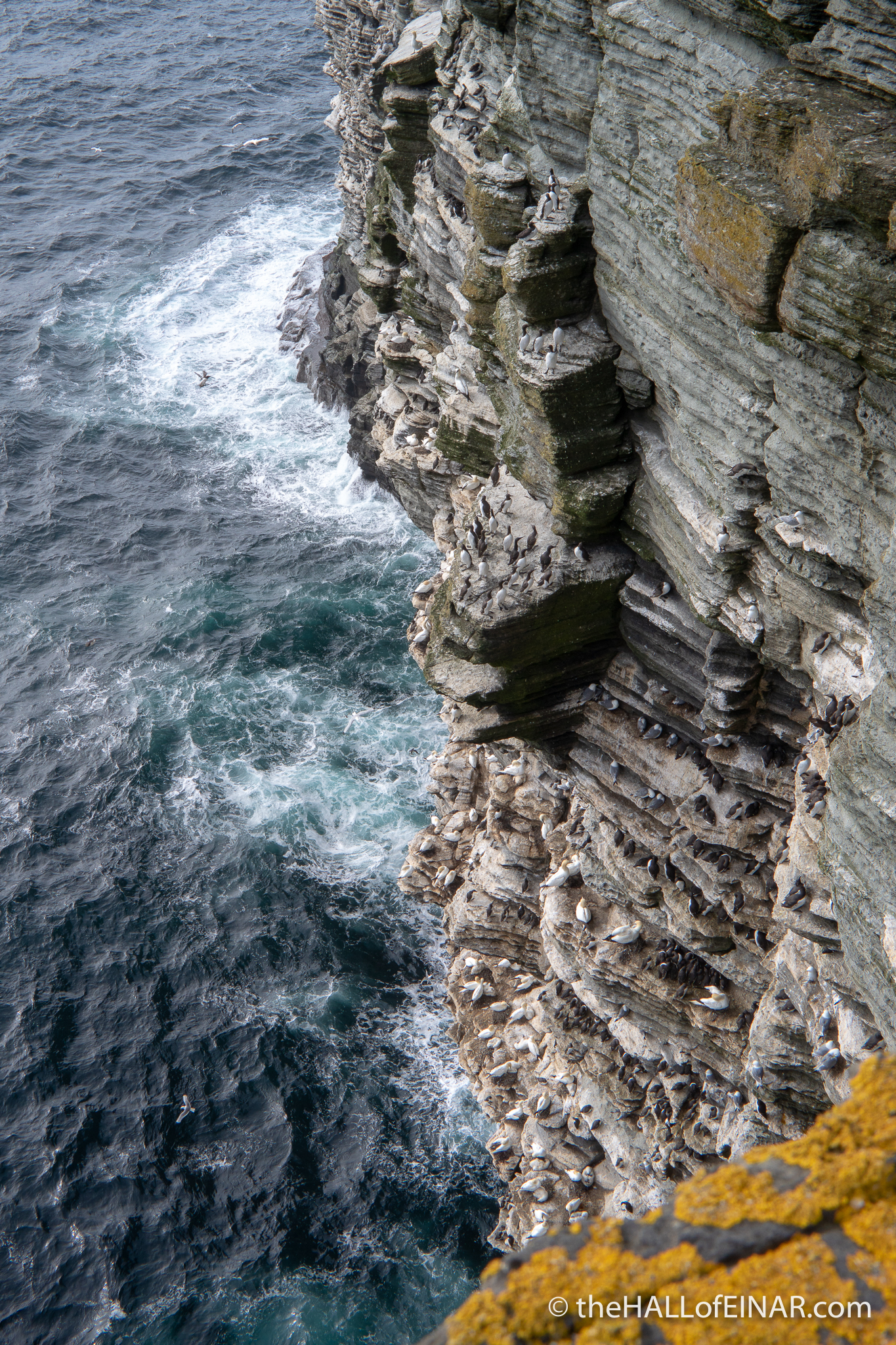 The sound and the smell are overwhelming.