There are over 200 species of Hoverfly in the UK. I don’t know any of them and have to rely on support to identify them. This one is Eristalis arbustorum. It’s common and widespread. It’s no accident that it looks like a bee: Looking like something which could give you a hefty sting must be a great evolutionary advantage. 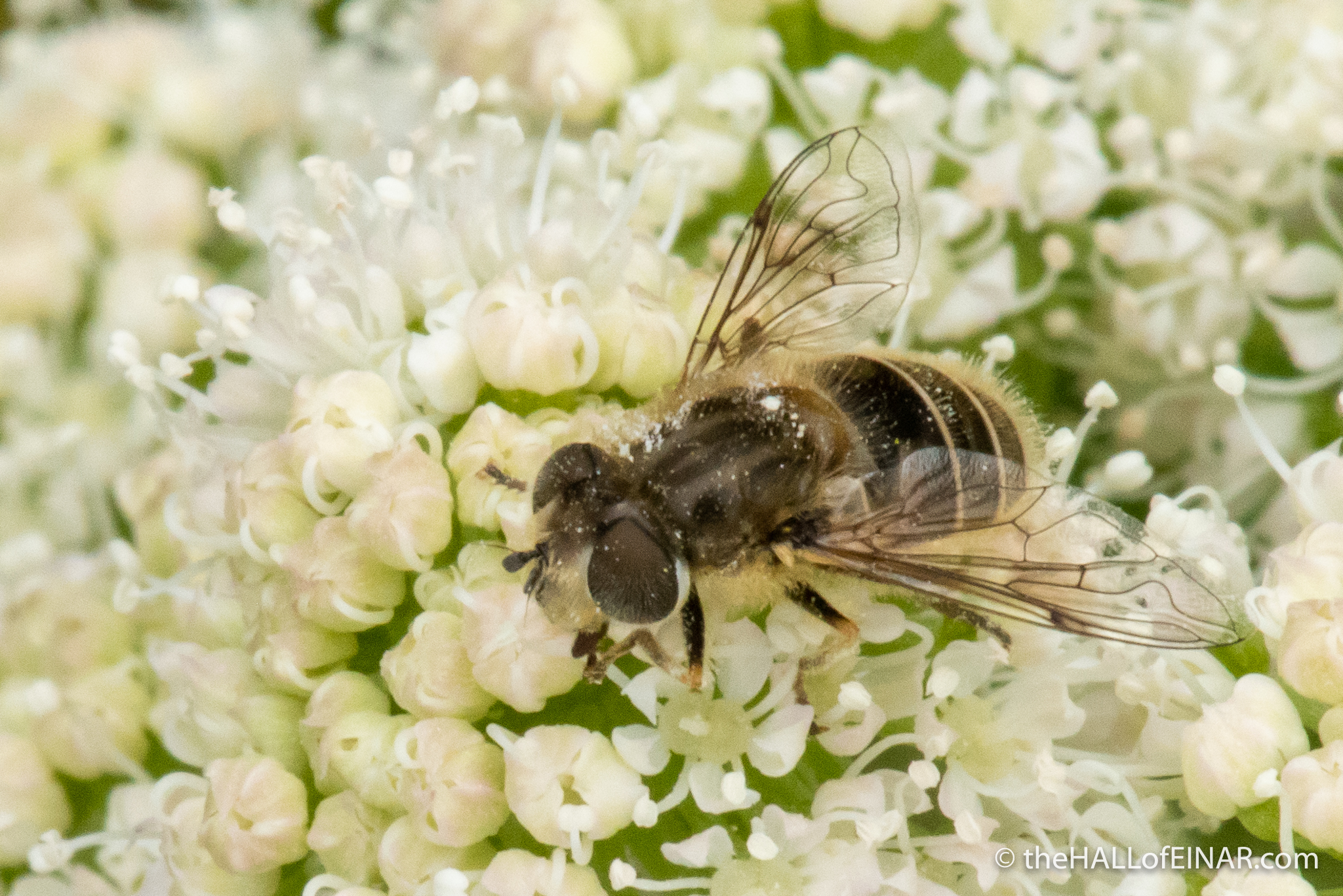 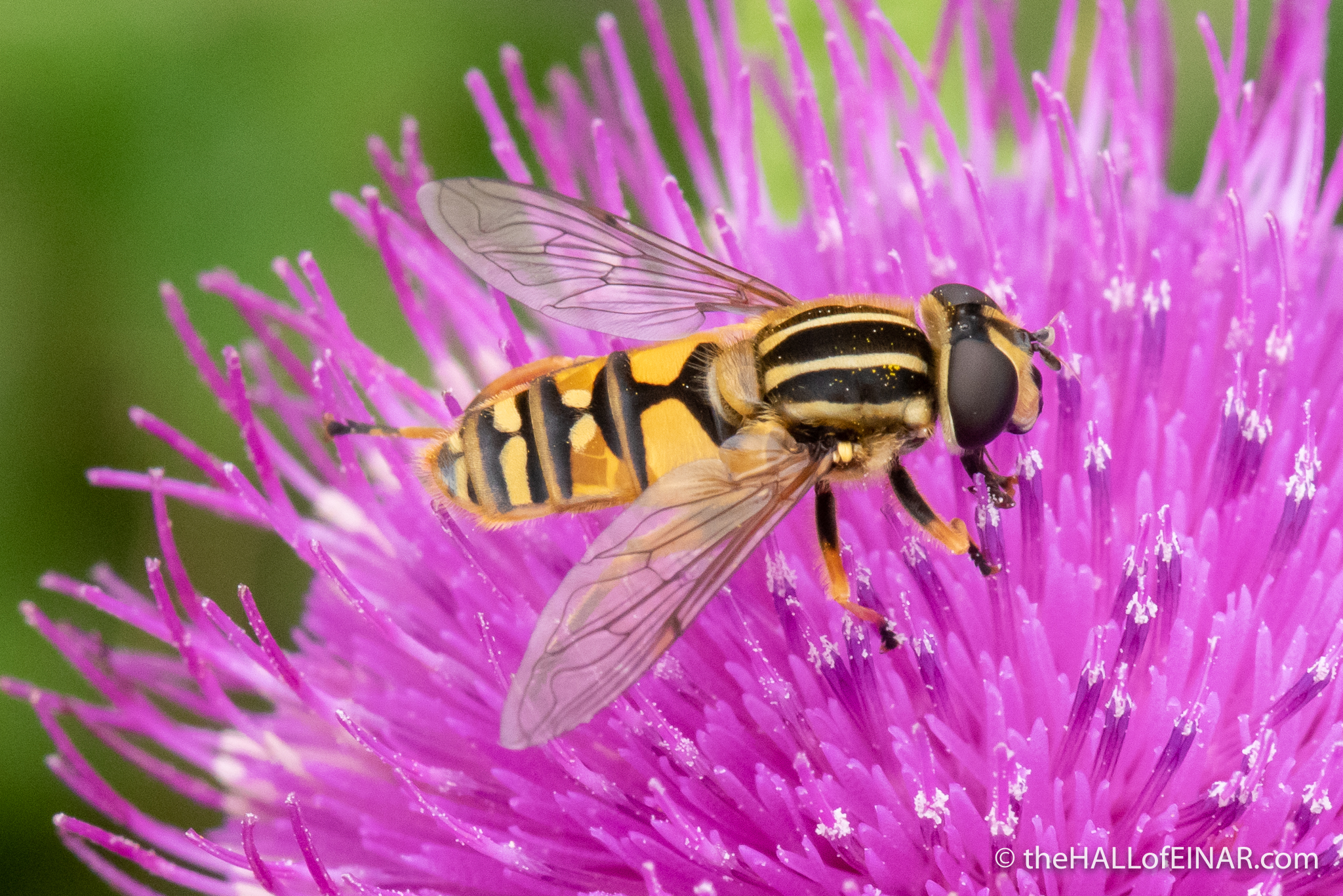 It’s having a great time on a thistle.

There’s a smaller Hoverfly with bright yellow comma-shaped marks on its back. It’s Eupeodes corollae. 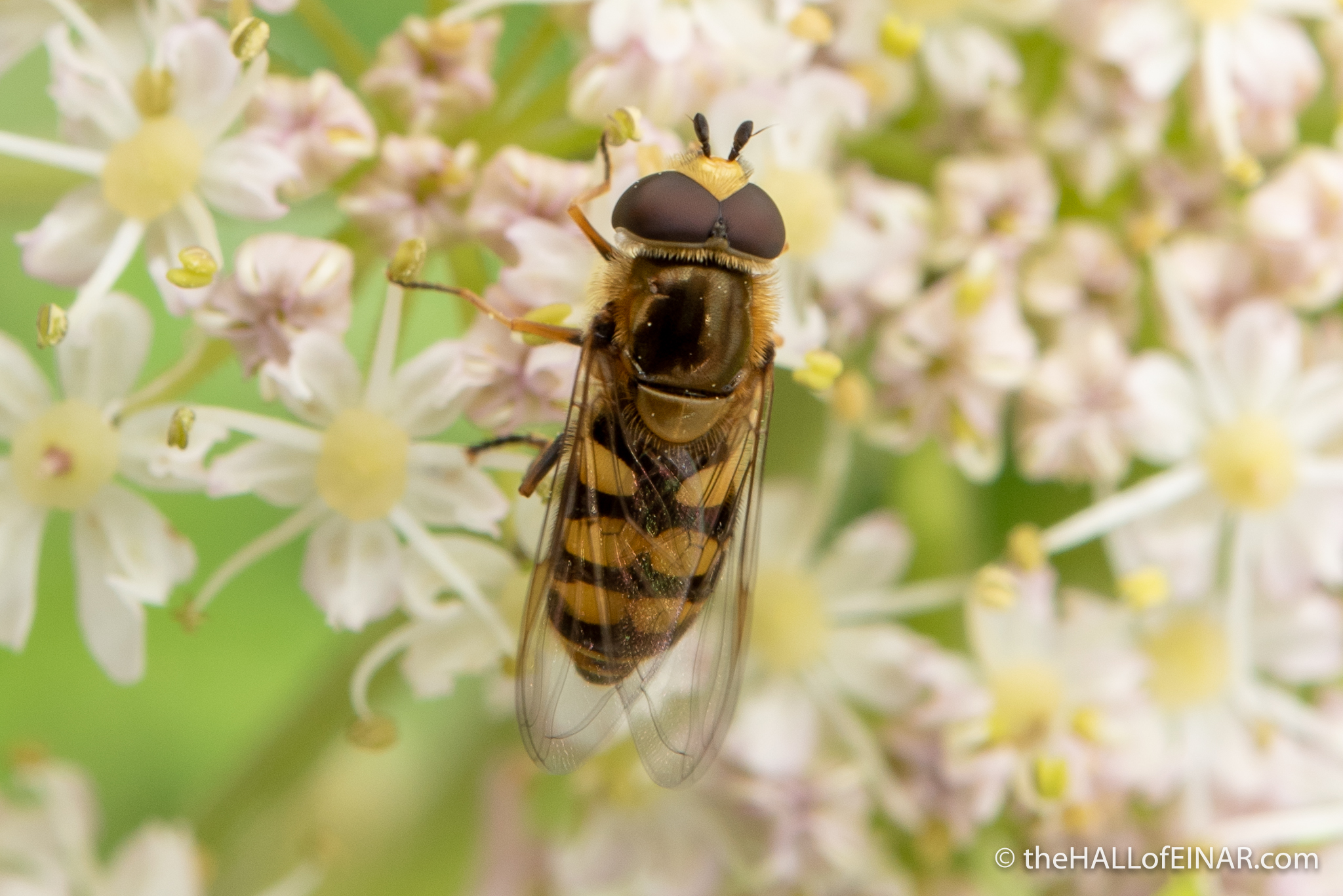 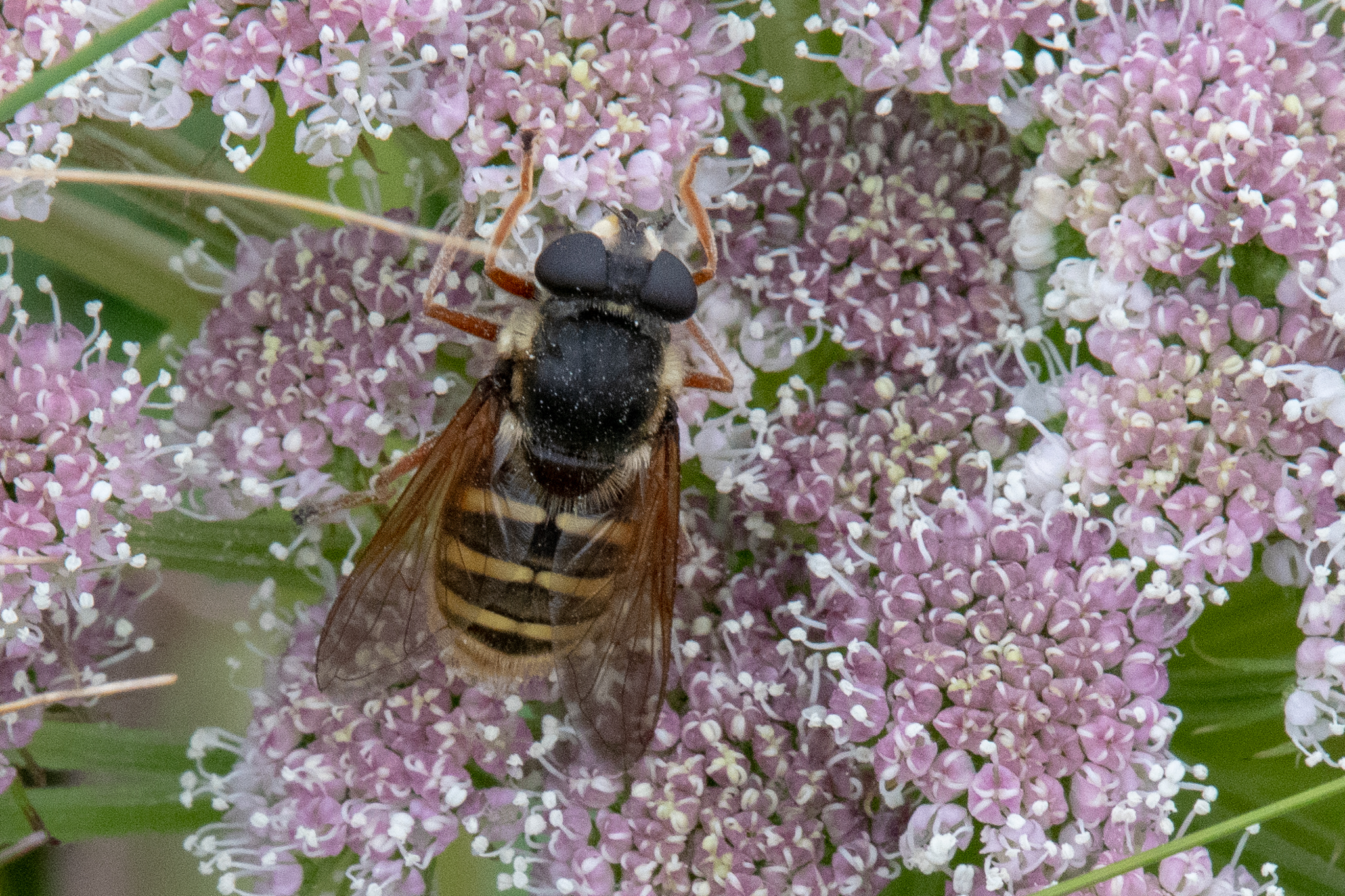 There are so many other Hoverflies here at the moment. It’s not that they are too quick for me, it’s just that I’m too slow for them.