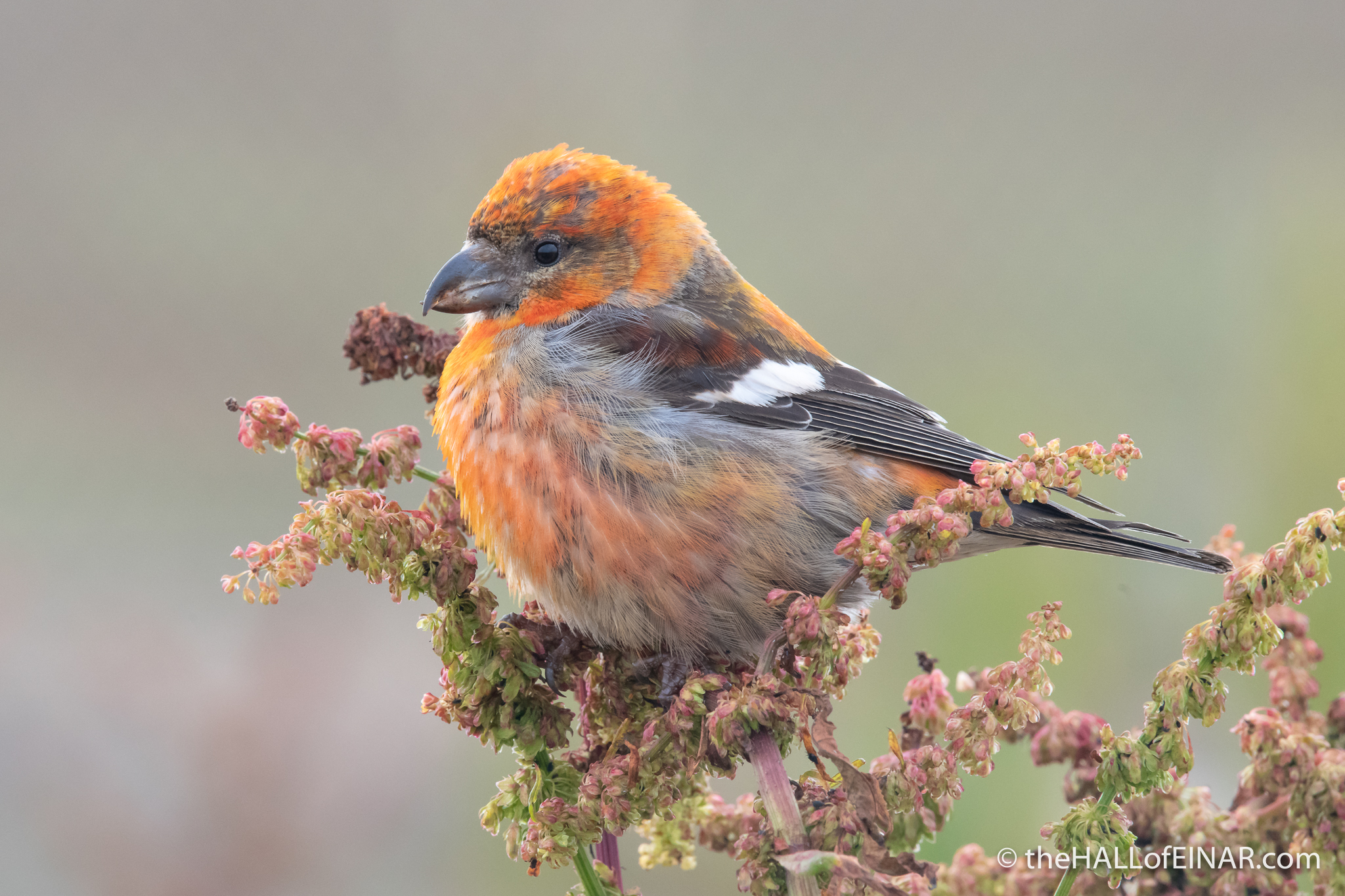 I get the word that there’s a rare bird on the Island. In fact there are three of them; they are Two-Barred Crossbills, Loxia leucoptera bifasciata. That means nothing to me. I’ve seen annoying pictures of Crossbills on the interpretation signs in conifer woods and the’ve always irritated me. Crossbills feed high up at the top of coniferous trees and are the size of a sparrow. The chances of me seeing one near a sign for them? Practically nil. I’ve always wanted to see one and never have.

These aren’t just Crossbills, though, these are Two-Barred Crossbills and they’re meant to be feeding on the seeds of Larch trees in Russia.

The British Trust for Ornithology says:

“Two-barred Crossbill (a larch specialist) breeds further east… and is a rare visitor to Britain and Ireland, only appearing with any regularity on the Northern Isles, usually in late summer. They too are prone to occasional irruptions.”

It’s late summer and I’m in one of the Northern Isles.

It takes me just an hour of waiting at the archaeological dig at the Links of Noltland this afternoon and then the three birds fly over. “Yes”, I shout. It’s not just Two-Barred Crossbills who are subject to occasional irruptions.

All three promptly go to sleep nearby. 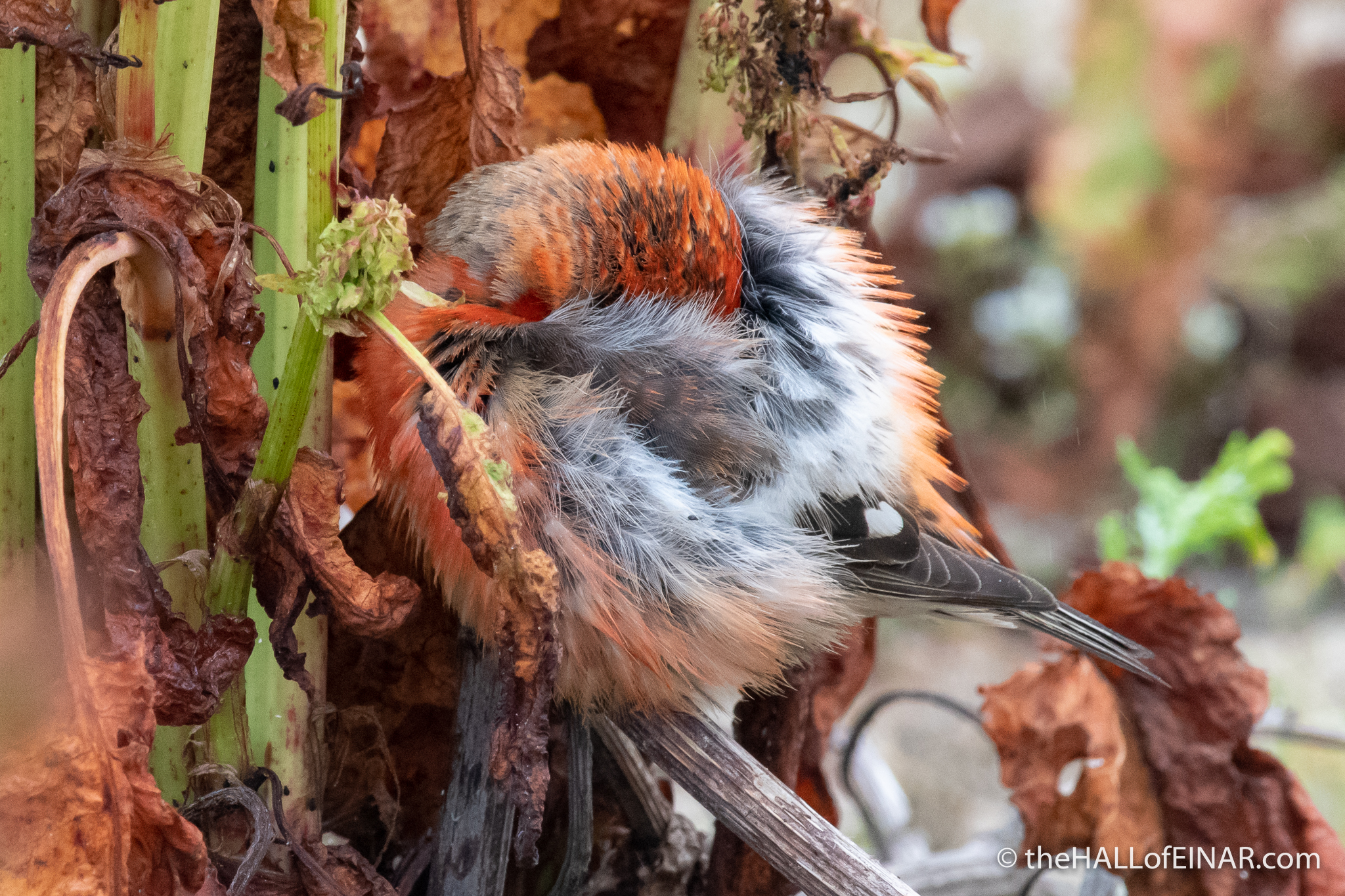 They are unbelievably cute asleep. I have to sit and wait next to them until they wake up. 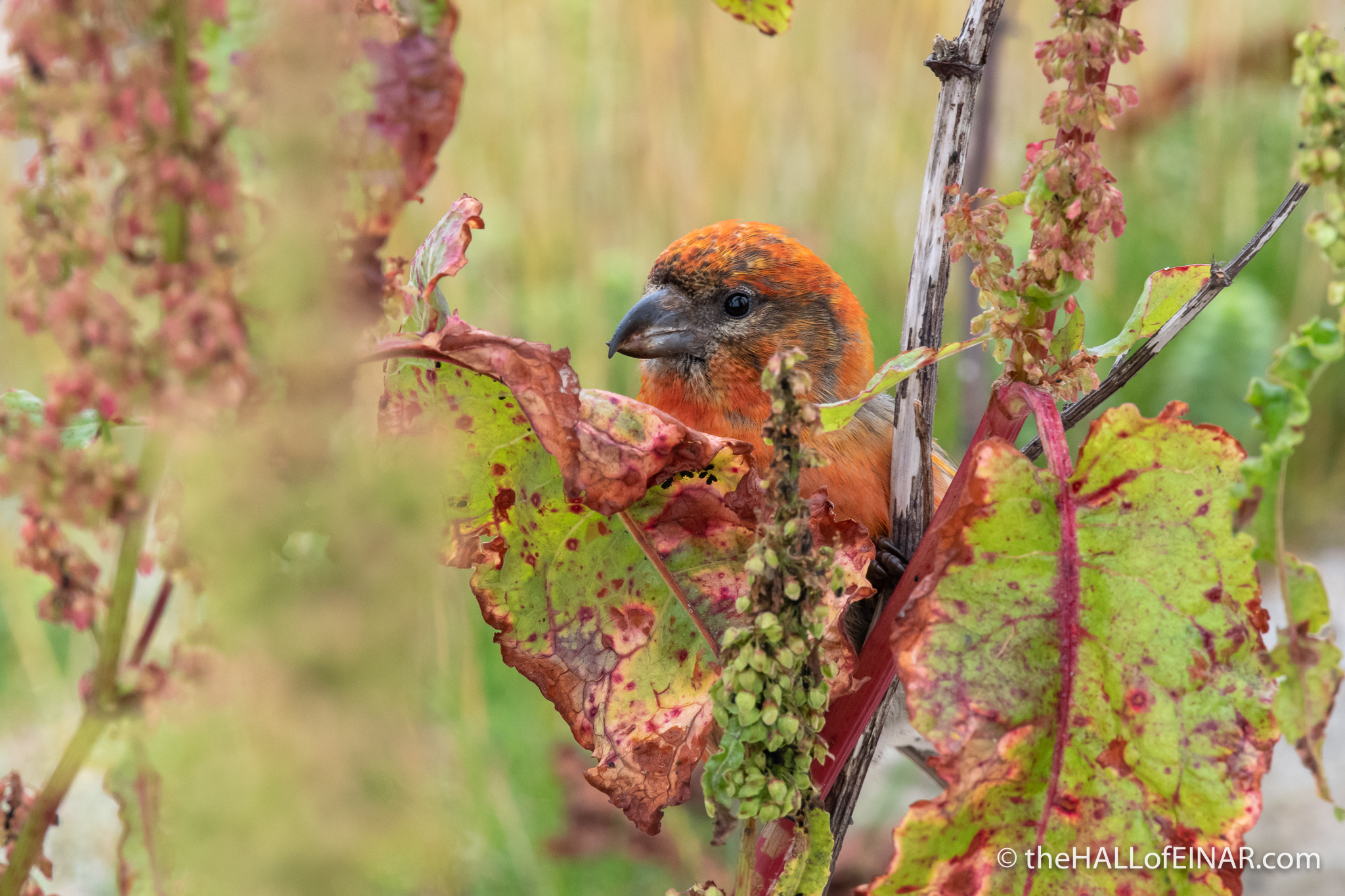 They’ve obviously never seen people before or have no instinctive flight reaction. 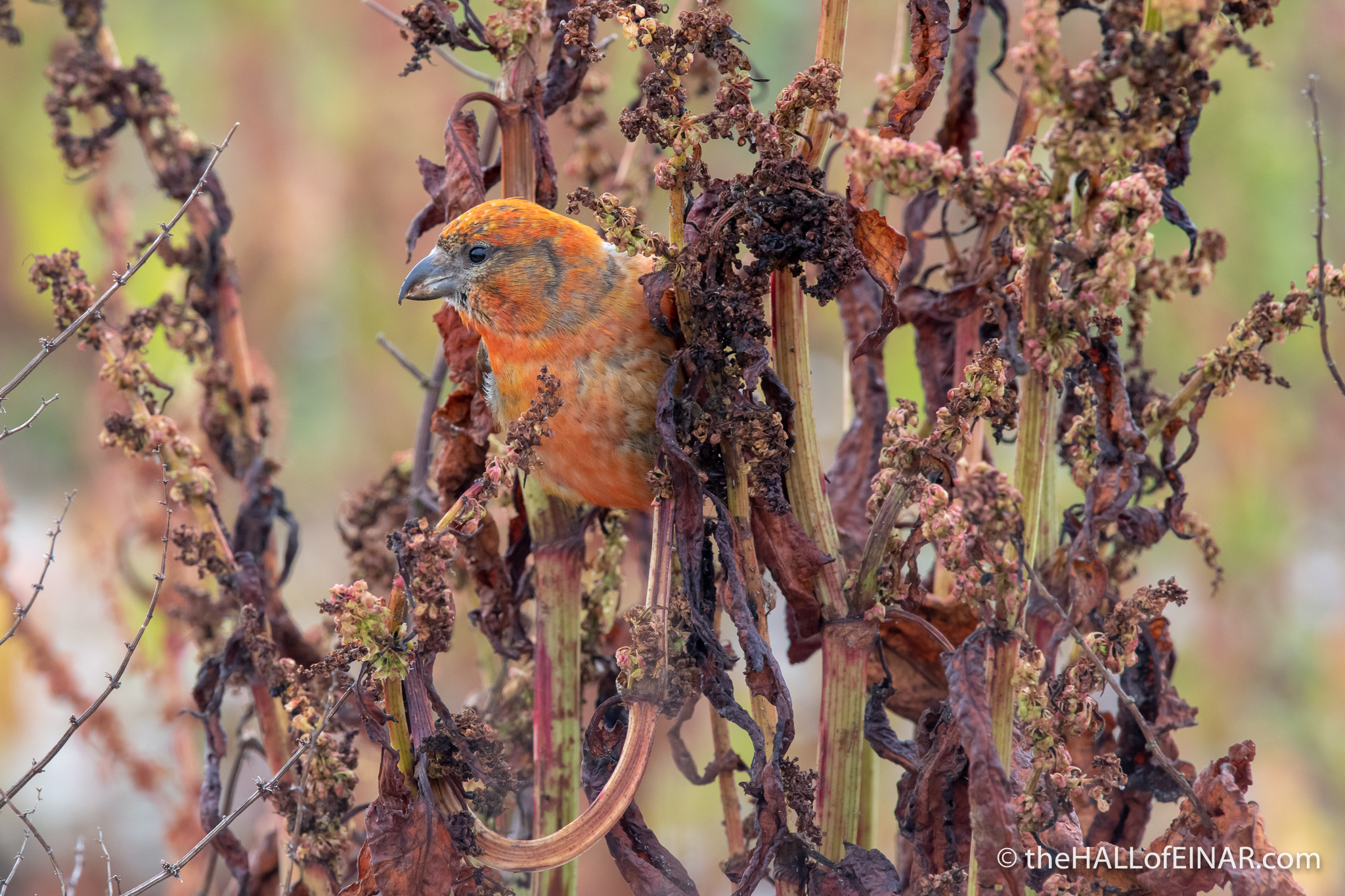 I spend a very happy hour lying on the sand with them as they doze and feed. It’s handy that there are no tall conifers here so they’re sheltering at the foot of the dock plants on the sand dunes. 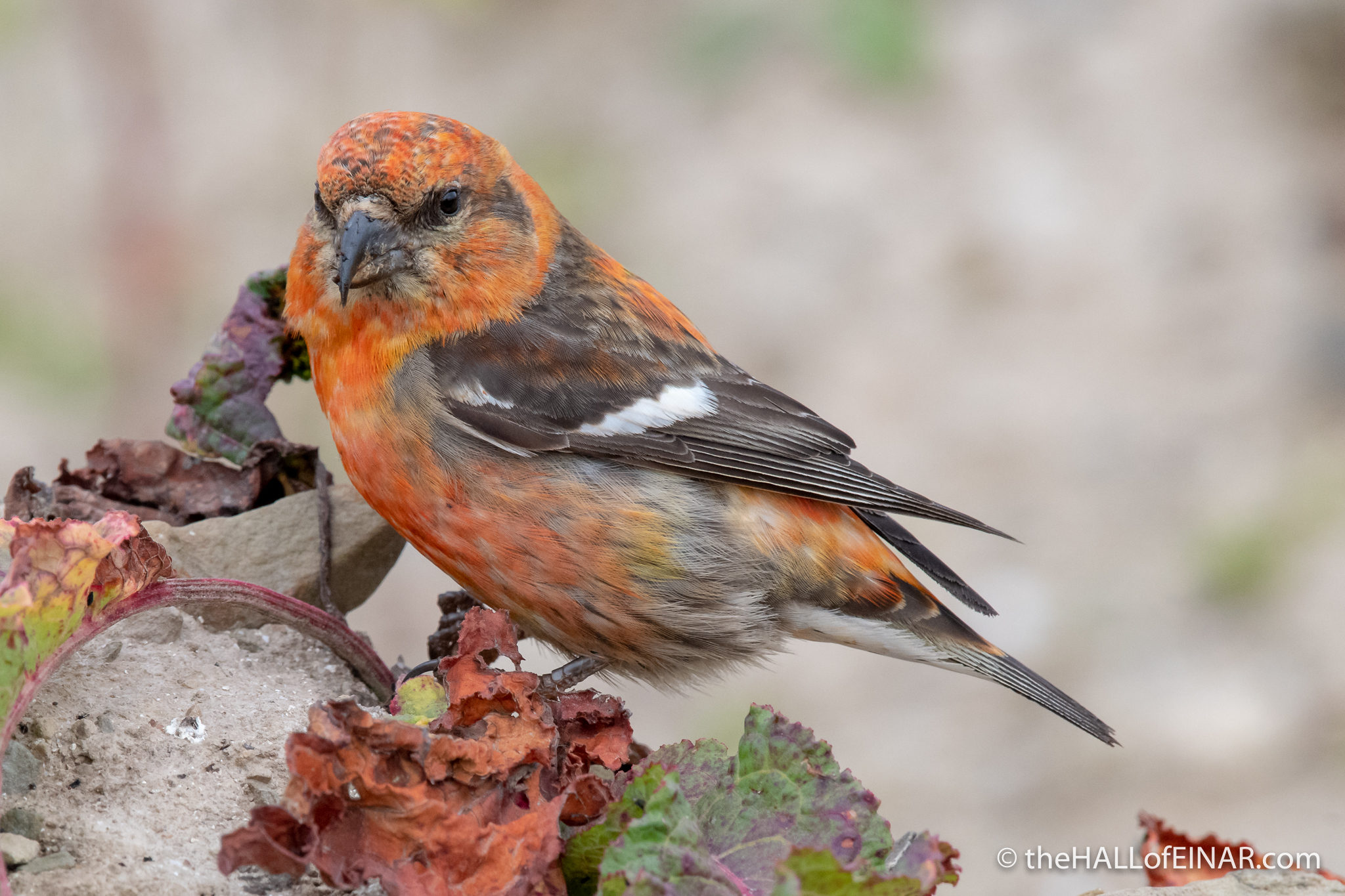 I try to describe them. “They are orange”, I say, knowing they aren’t as the words leave my lips. They’re meant to be reddish with a bit of grey and yellow and pink and orange. In fact, what colour aren’t they? Green is the answer, they aren’t green, because that’s the colour of the females and these are all males.

That was such a nice afternoon, I’d be happy to live it all again. 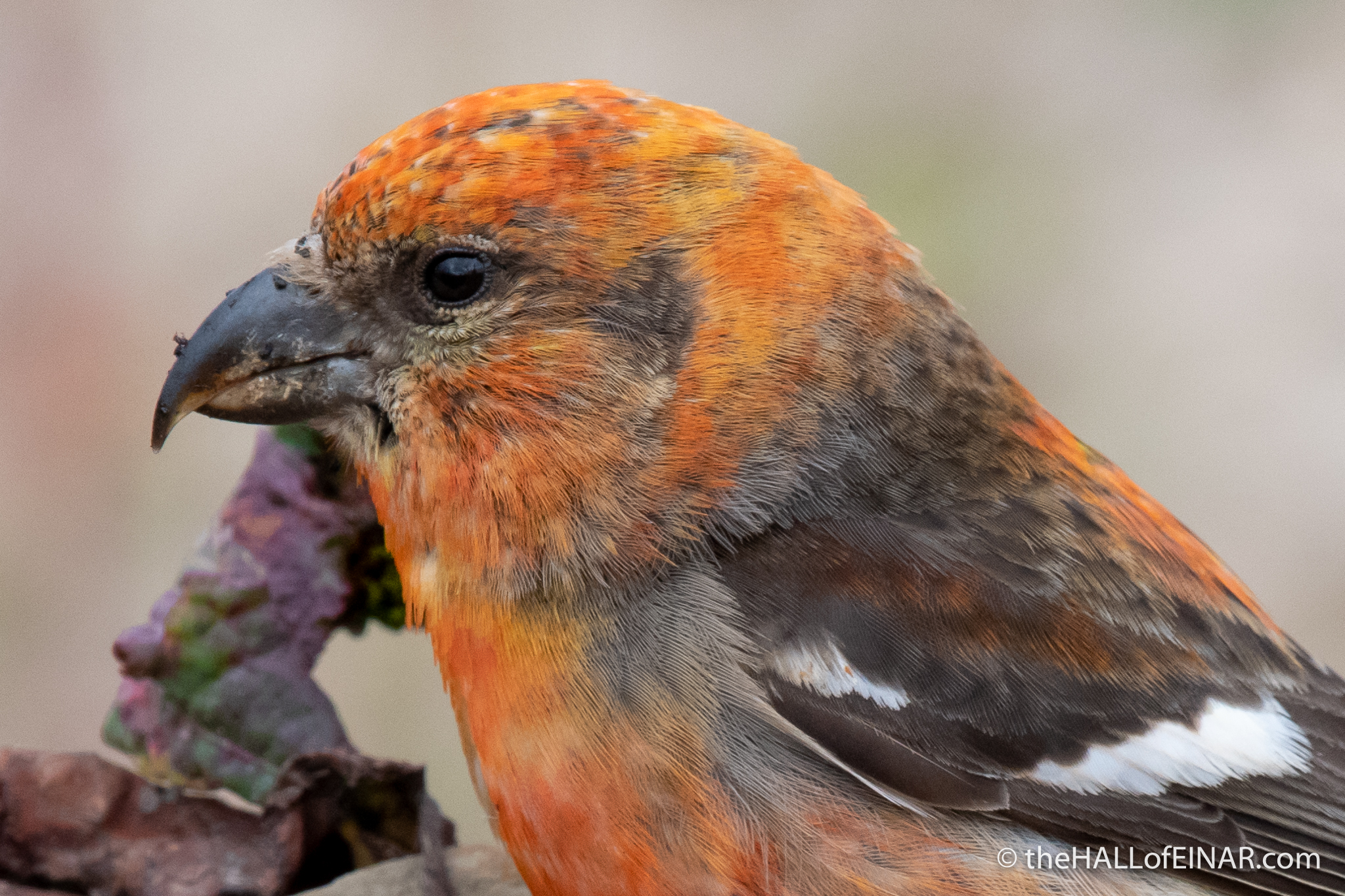 However, unless I go to a Russian Larch forest, I probably never will.

6 Responses to "Rare Crossbills on the Links"