Out in the woods I’m surrounded by the familiar shape of Holly bushes, Ilex aquifolium. It’s also a familiar feeling as the leaf spines penetrate my trousers, into the backs of my calves.

On many of the leaves I can see the familiar meandering pattern of a leaf miner. There’s been the larva of an insect eating the leaf from the inside, protected from harm by the Holly itself. 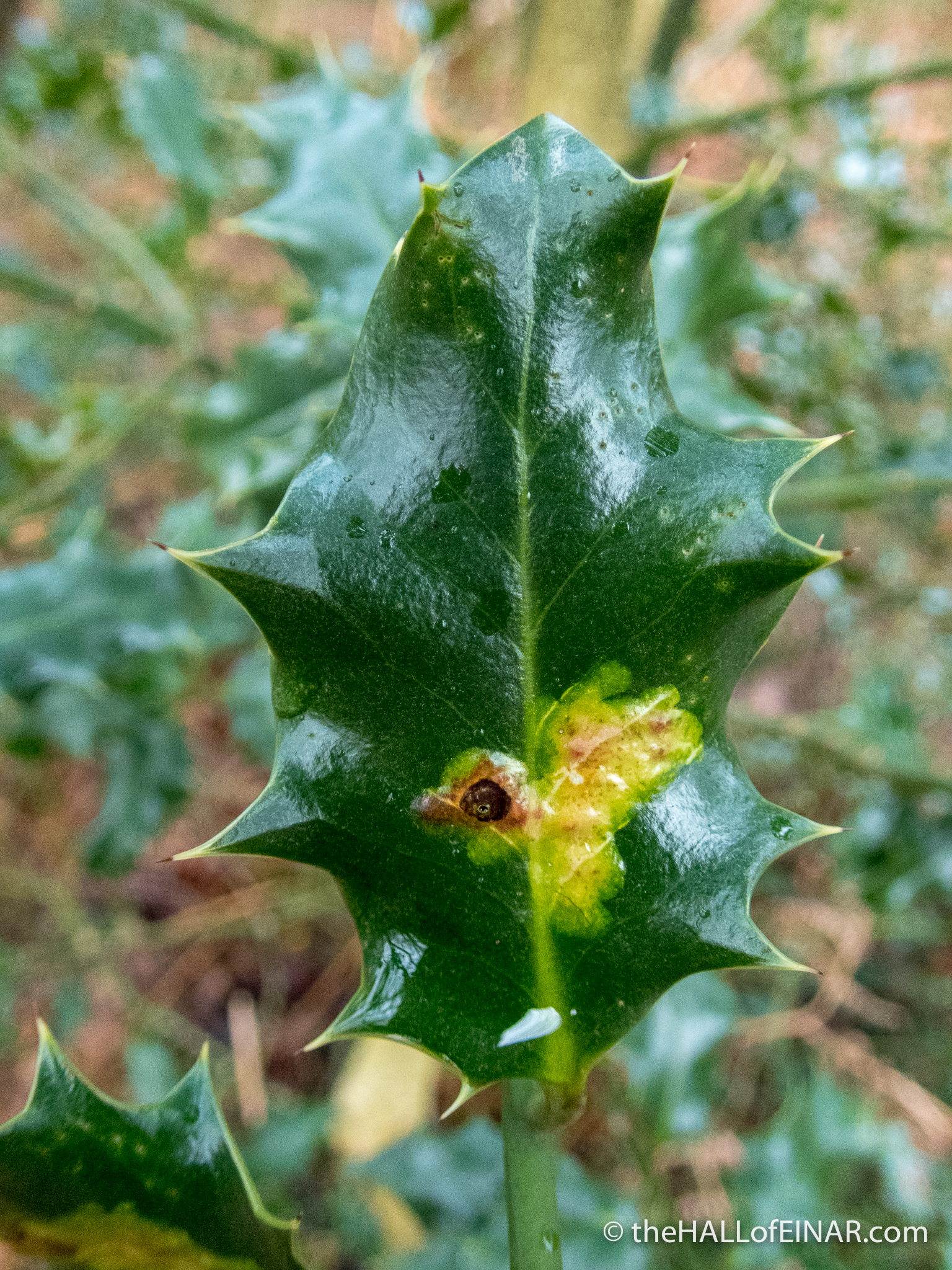 This one, the Holly Leaf Miner, Phytomyza ilicis, is a fly. Being the fat and juicy grub of a fly is an open invitation to dinner for other species. They are a particular delicacy for Blue Tits, which make triangular peck holes in the leaves as they extract a tasty morsel. They are also a perfect place for parasitic wasps to lay their eggs; inside the grub, where they eat it from the inside, just like the Leaf Miner does to the Holly bush.

Some of them, however, manage to pupate and fly free, to lay their eggs on another Holly bush, and the cycle continues. Life; it’s a grub eat grub world.