There’s a fungus I’ve never see before at my feet in the woods of Orley Common in South Devon. It’s tiny, almost hidden by moss, and in the centre of the damp woods. It’s the Fluted Bird’s Nest fungus, Cyathus striatus: 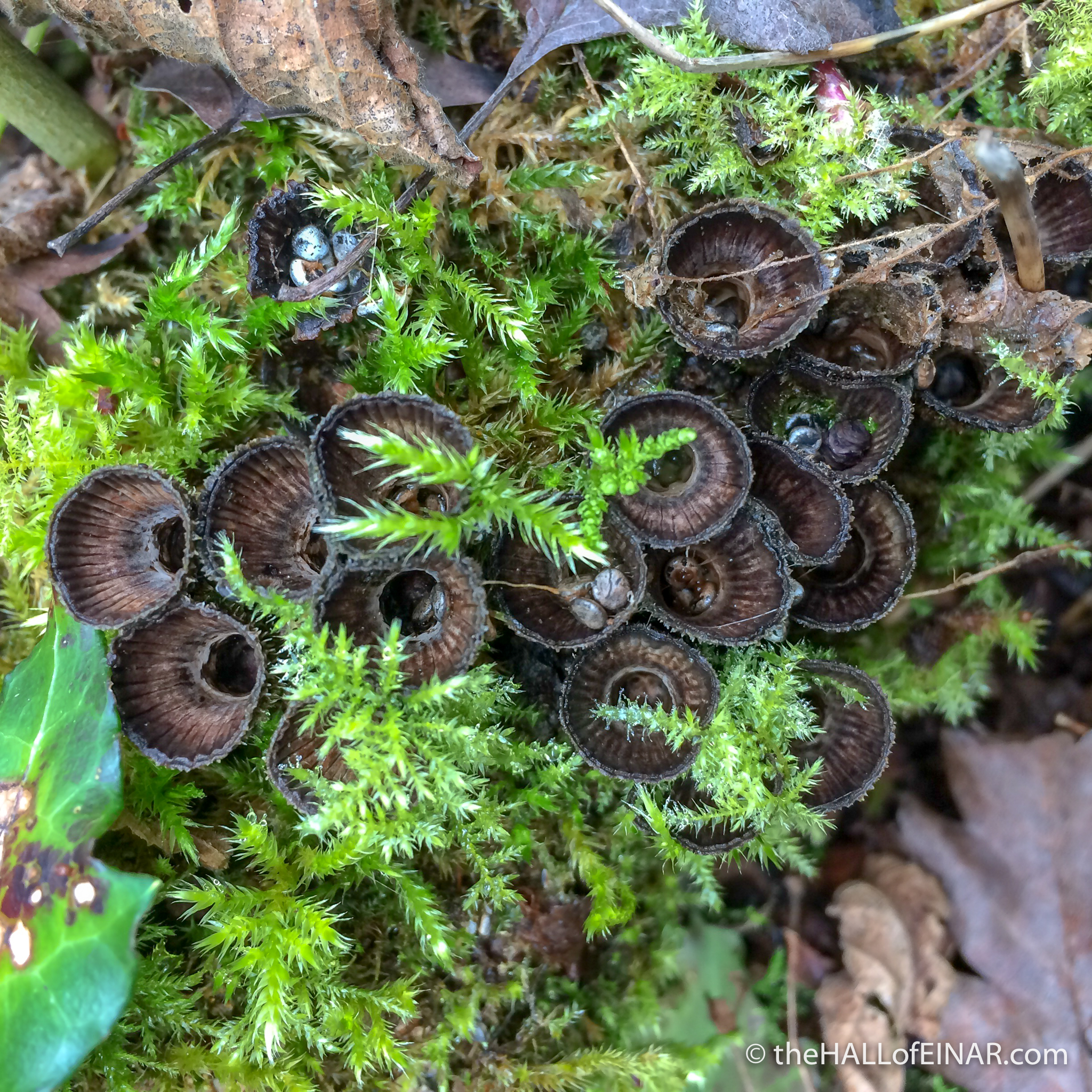 It’s the most extraordinary thing: 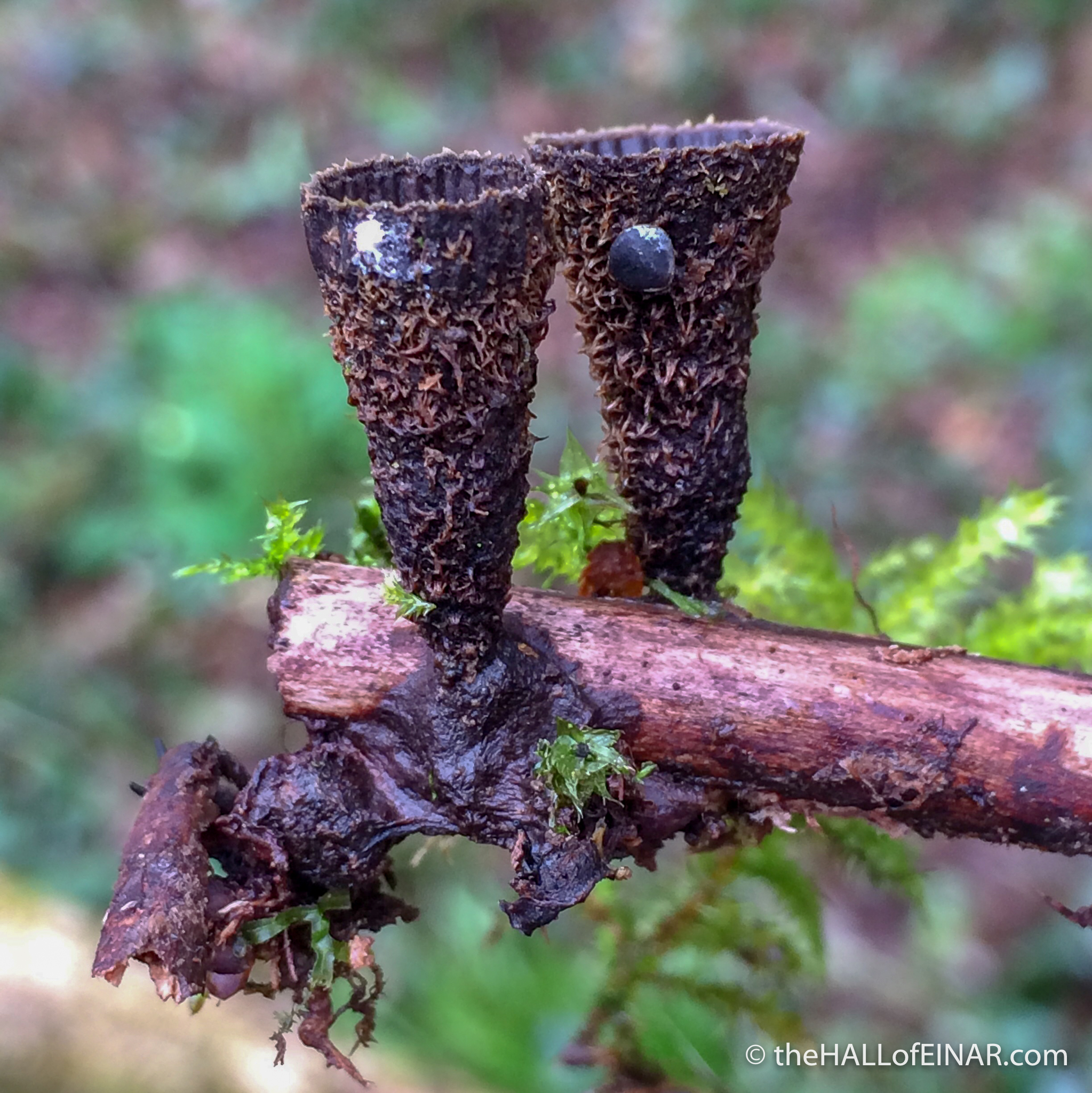 Raindrops fall into the nest-like cups and disperse the egg-like spore-bearing structures. 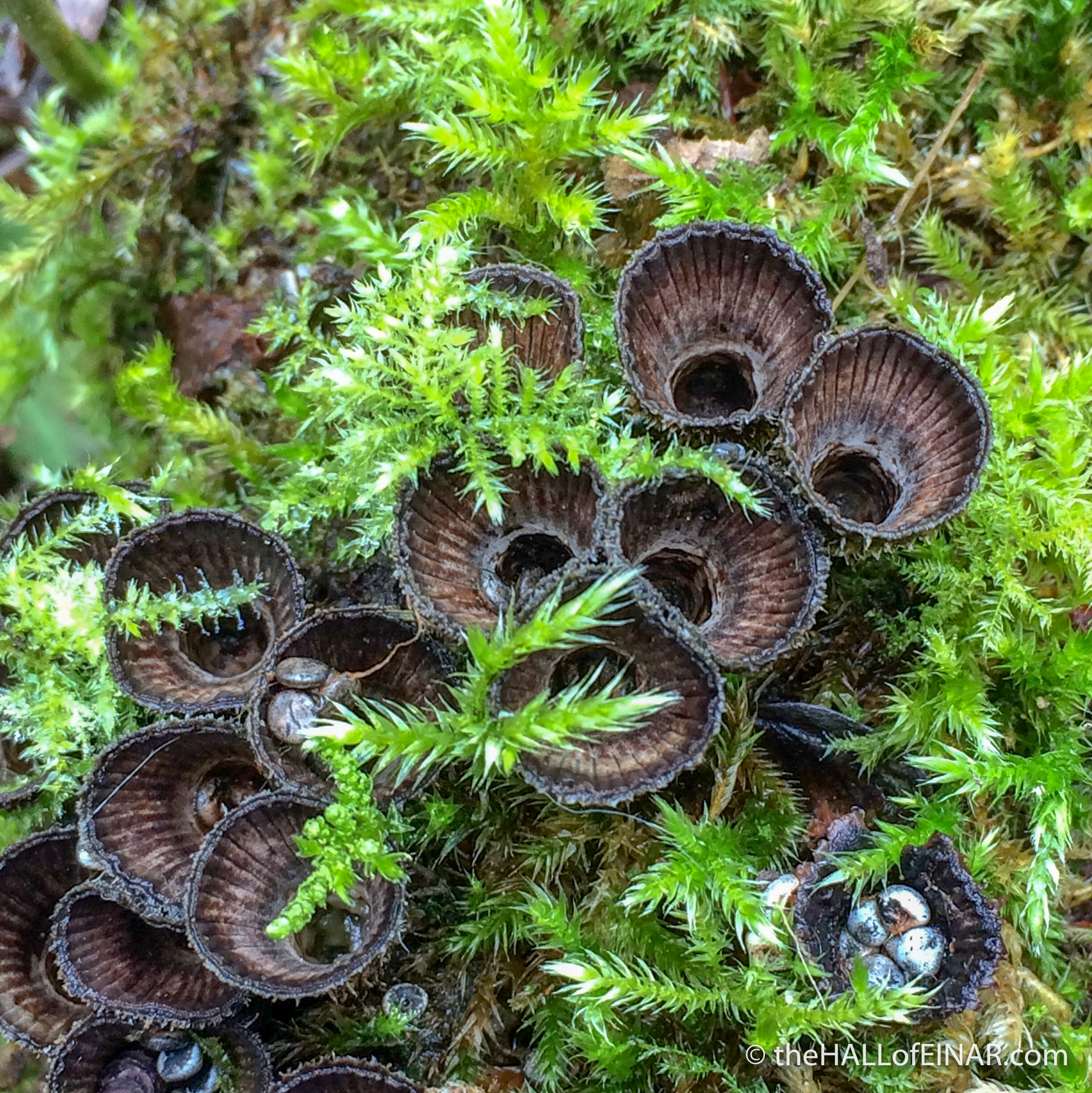 Here it is from 1797 in Coloured figures of English fungi or mushrooms by the genius that was James Sowerby: 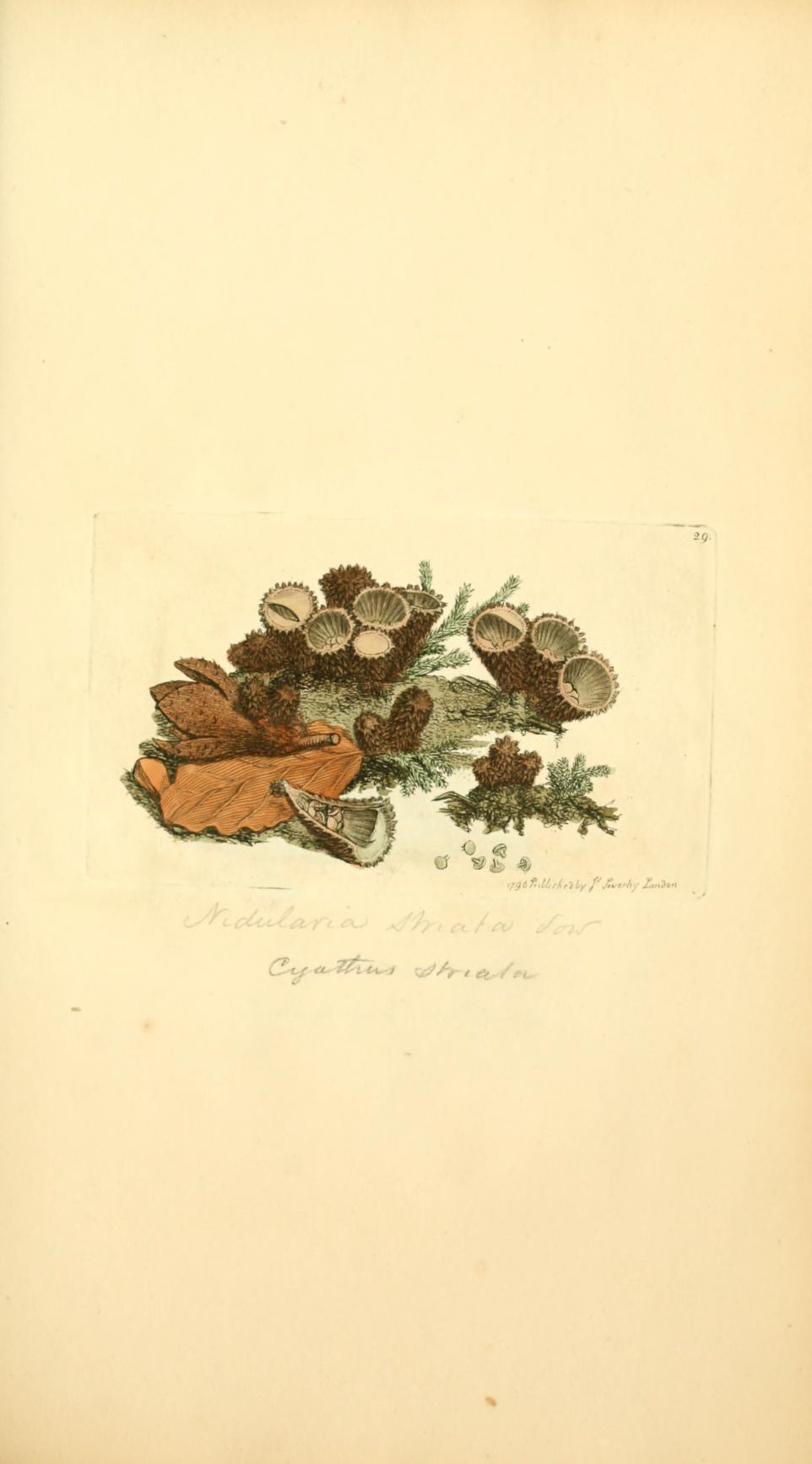 Next time I’ll bring my camera with the ‘microscope’ setting. These were taken with my phone.

Some of my other adventures at Orley Common are here:

And an adventure finding an unusual fungus which grows on a fungus: