It’s Day 8 of turning the pages of this 1950s Ladybird book of British Birds to see what’s changed since it was printed. 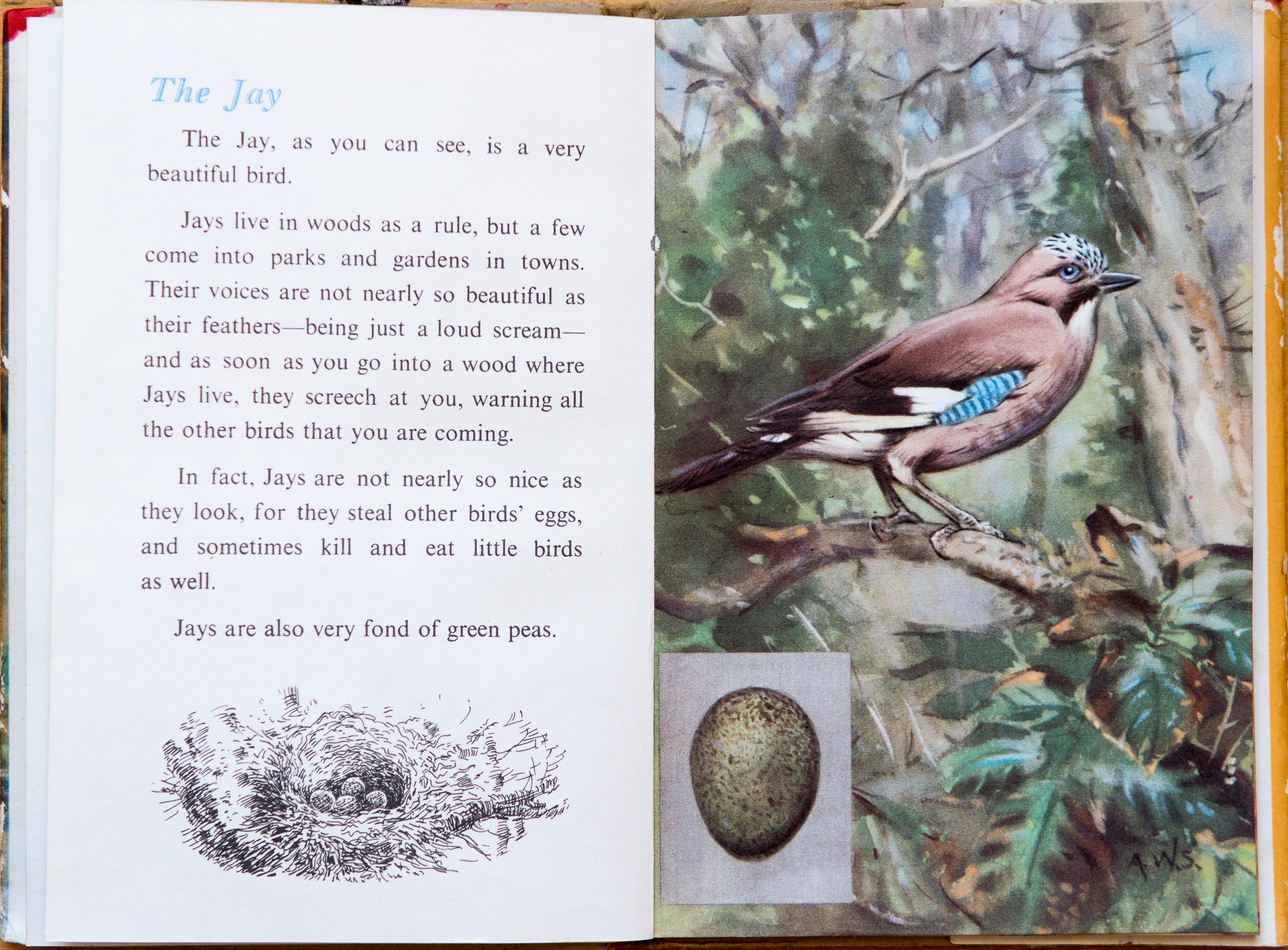 “The Jay, as you can see, is a very beautiful bird.”

Nothing has changed there then. 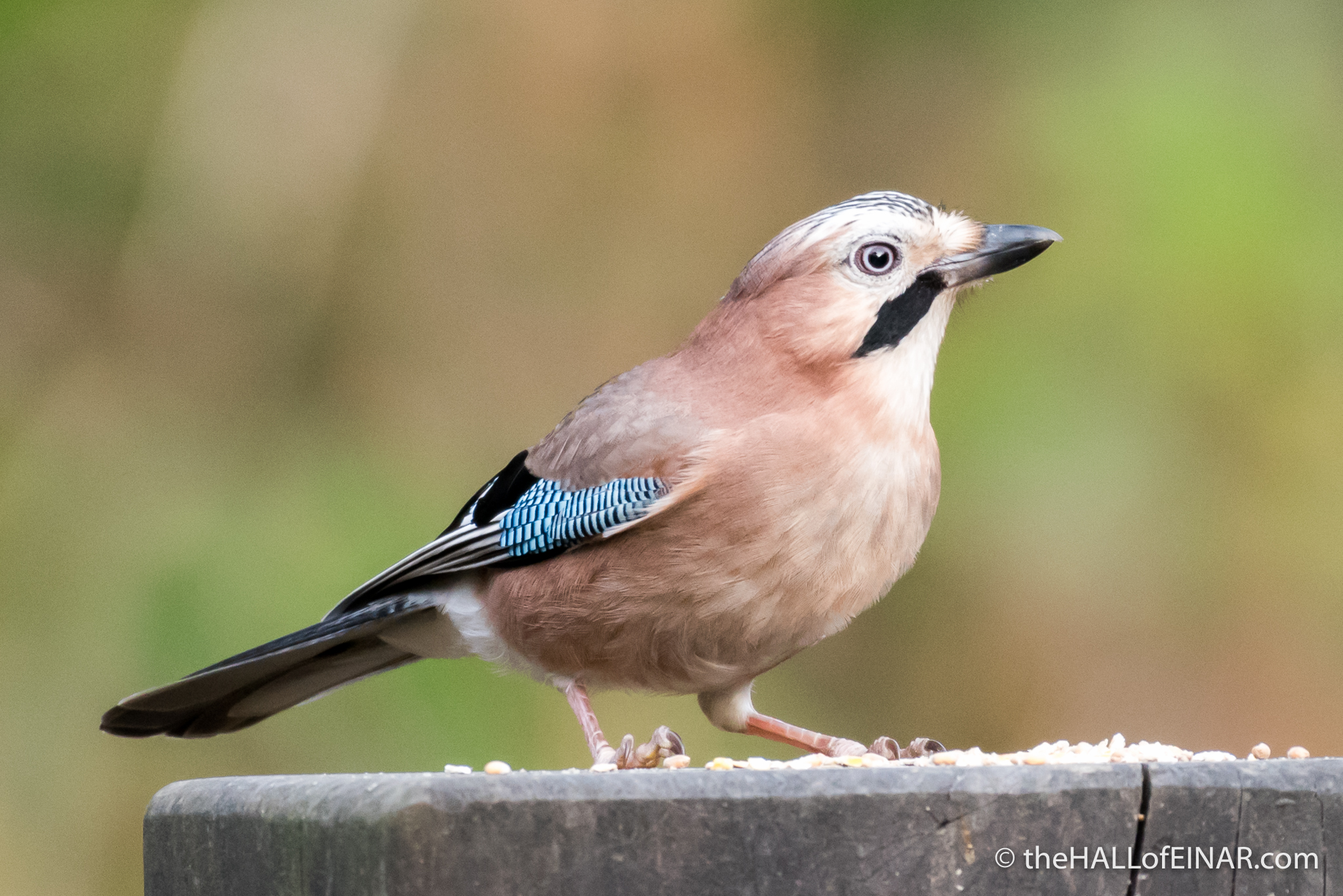 It’s one of the most beautiful birds in the UK.

I first saw one when I was only 12 years old and noted it down in my nature notebooks:

“You can not get near them as they are very wary,” is what I wrote back in 1976. It’s still true. Despite the fact that they mainly eat acorns, and aren’t particularly good to eat, they are still hunted. Being hunted would certainly make me wary. In the UK as long as you are the landowner, the occupier or have their permission, you can kill Jays with anything up to and including a semi-automatic weapon as long as you have a General Licence. In a twist worthy of a farce, a General Licence is a licence you don’t need to apply for and are granted automatically. Two licenses mention Jays specifically:

The General Licence GL06 (here) allows you to catch alive or kill Jays, to damage or destroy their nests, or to take or destroy their eggs, but only if you are the landowner, occupier or authorised by them. The excuse for killing them this time? “To conserve flora and fauna.”

“In fact Jays are not nearly so nice as they look, for they steal other bird’s eggs, and sometime kill and eat little birds as well.”

“Nice?” Everything’s got to eat and an animal’s diet is no reflection on its morality, unless, of course, that animal is human.

Because Jays eat other bird’s chicks it is legal for landowners to kill Jays. To conserve birds it is legal to kill them? How ridiculous is that? Orwell’s 1984 has nothing on the UK Government’s laws.

As a landowner you can also use a live Jay as a decoy kept within a cage trap under the General Licence GL06. How sick is that?

Jay – forty years ago in my nature notebooks

What if you are not the landowner, occupier or authorised by them? You’d be breaking the law (the Wildlife and Countryside Act 1981) if you did any of the following:

What might the punishment be for these crimes? You’ll face an unlimited fine and up to 6 months in prison for each offence if you’re found guilty. When I was reading the description of these crimes and the maximum punishment I, for one moment, expected to see “transportation to the colonies” as the standard punishment. If you are a rich land owner it seems like you can almost do what you want and kill a huge list of native British wildlife. You are granted a licence to kill without even needing to apply. If you are rich the law views you as a heroic defender of the countryside against pests and vermin; if you are poor you are a criminal.

Basically in the UK it’s one rule for the rich and one for the poor. What’s changed since this Ladybird book was published. Nothing much, it seems, in the last two thousand years. 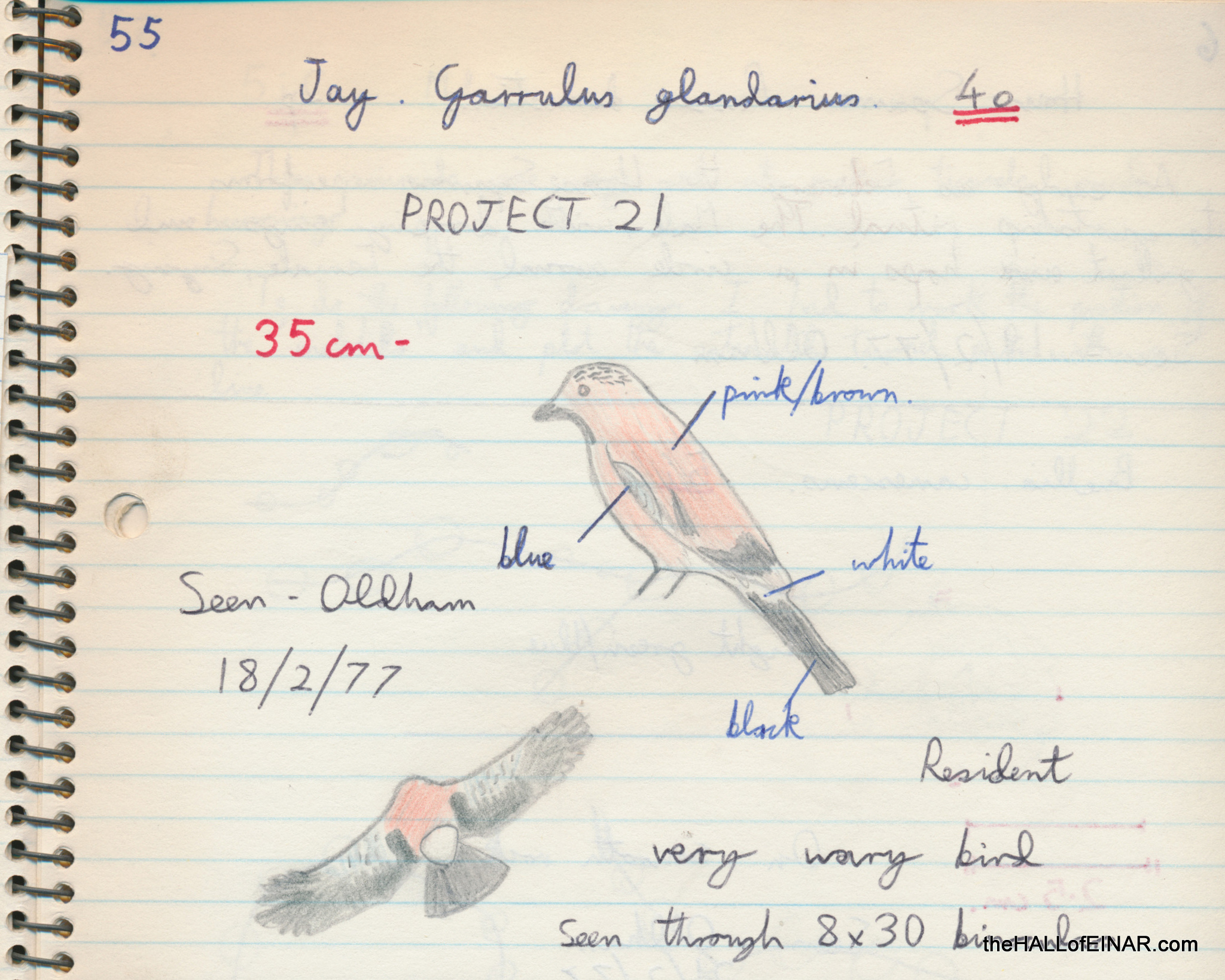 The view I drew was one of it flying away from me.

Maybe that’s why they were killed? I don’t know about green peas, but I can confirm that Jays are also very fond of monkey nuts given by a pensioner I saw in The Regent’s Park in London: 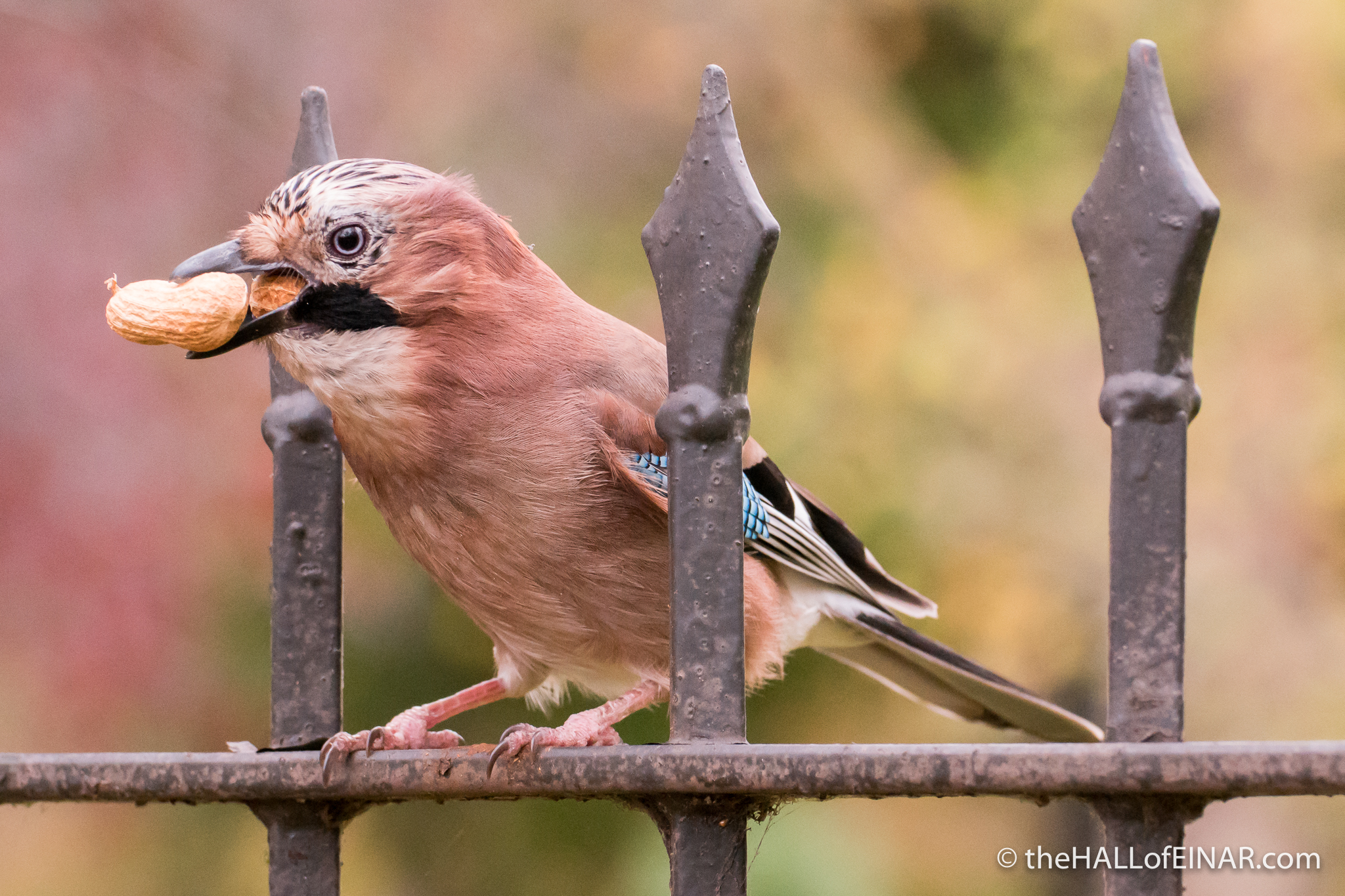 At least this one’s thriving; as long as it doesn’t choke.