Hooded Crows are one of my favourite birds. Noisy, sociable and inquisitive, they have colonised large areas of central and northern Europe, from the Arctic to the Mediterranean. They live in Ireland, Western Scotland and the Isle of Man but are replaced by all-black Carrion Crows in the remaining parts of the UK.

There’s one outside Vatican City searching a crisp packet for crumbs: 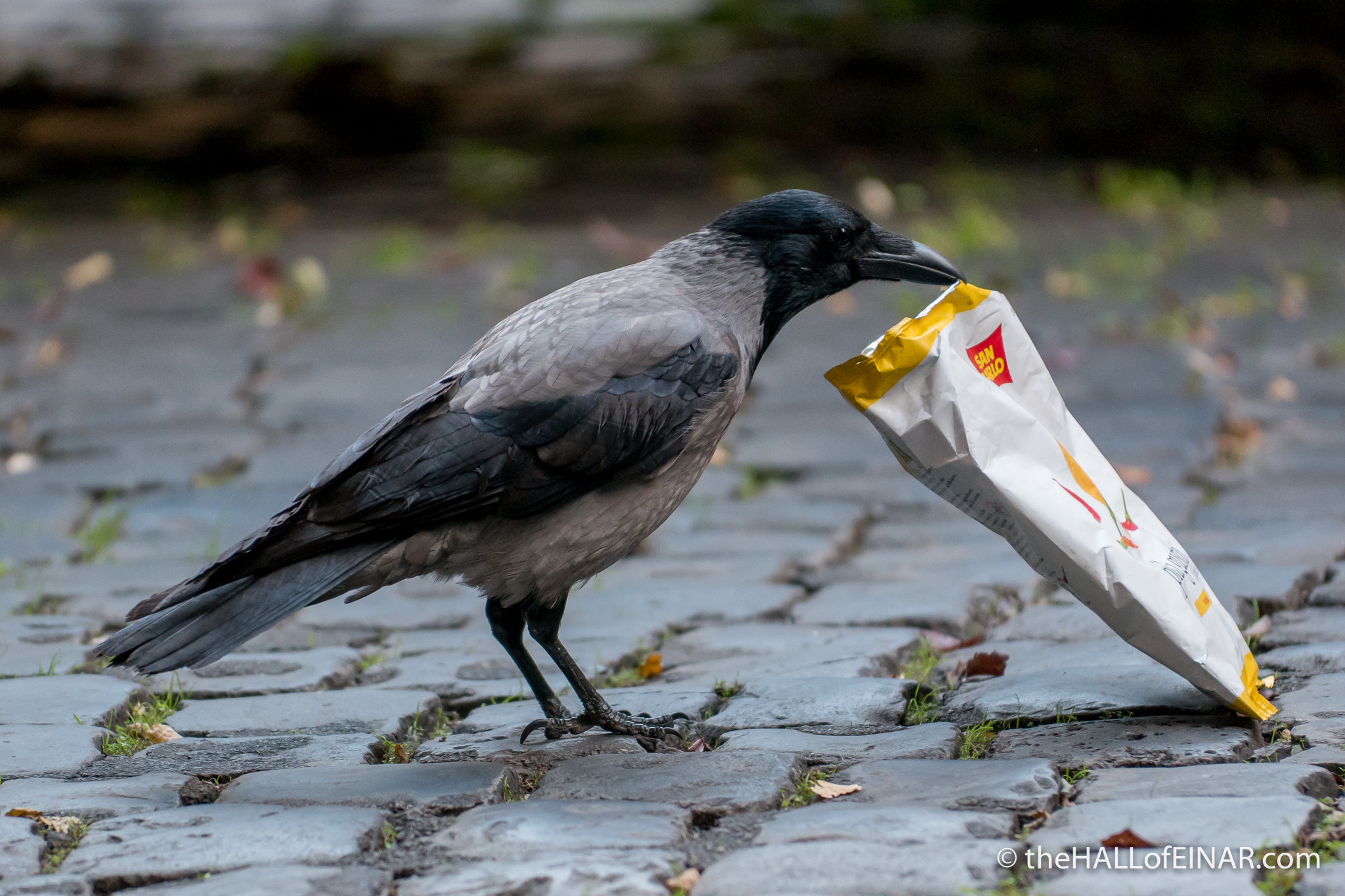 The precision of their beak is astounding.

I’ve seen them here before when we spent an afternoon in Villa Borghese:

Hooded Crow – forty years ago in my nature notebooks

Here, one picks its way between the shards of broken glass embedded in the wall cap: 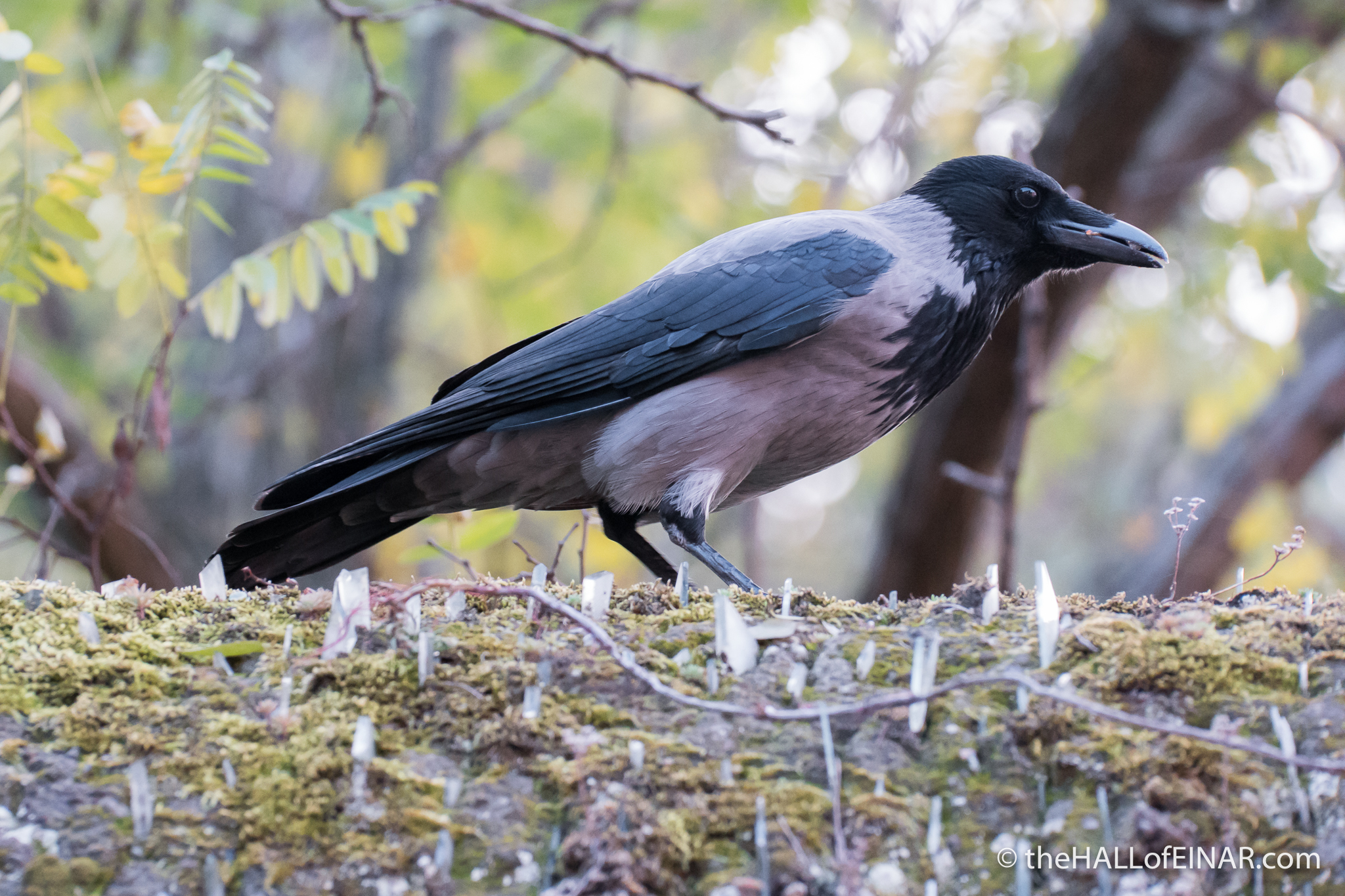 They obviously have fancy footwork as well as precision beaks.

In the UK they are generally protected by the Wildlife and Countryside Act 1981. That protection is worthless however, because wild birds can be trapped, shot or their eggs and nests destroyed under the terms of a General Licence. A General Licence is one which you don’t even have to apply for.

If you’re the landowner you can use the General Licence to kill wild birds if you are preventing serious damage to:

Or to stop the spread of disease. The problem is the definition of ‘serious damage’ is often a superstitious or anecdotal one and not scientifically based.

Much of the current killing of wild birds appears to be for sport under the guise of control with ‘pigeons for the pot’ the result. In addition, much of the killing appears to be to protect game birds such as Red Grouse so that they can be shot as part of a lucrative and growing business.

If you’re the land owner, or have been authorised, you can kill or capture wild birds using:

The UK Government suggests in their Guidance that landowners:

I can understand why birds are becoming more numerous in cities now if that’s the legal treatment they get in the countryside.

Here’s one in the Roman Forum, just before sunset, with a view of the white Altar of the Fatherland monument behind: 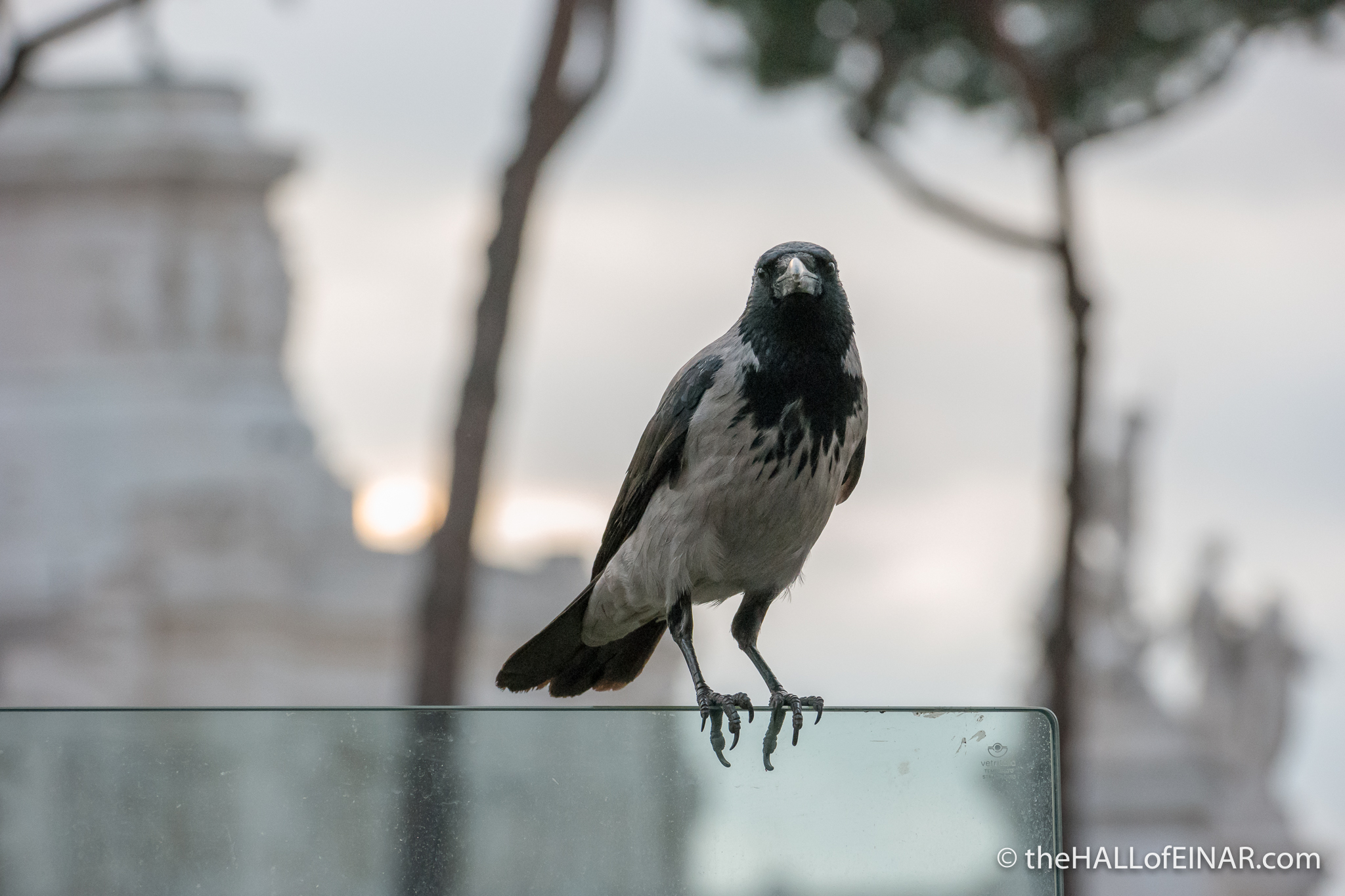 Hooded Crows may wear the hood but in the UK it’s farmers and gamekeepers who are their executioners.