There’s a pair of Magpies in the tree by the lake in the park. They are noisy and busy, attracting attention from families around me. “Terrible birds, aren’t they?” a man near me says. “There’s more and more of them. There’ll be no little birds left after they’ve finished.”

His comments sum up the attitude to Magpies in this Country. They are seen as “Terrible” because they eat eggs and kill chicks. Hold on a minute, so do we. According to Egg Info, people in the UK eat 10 billion eggs a year. Due to a cruel fact of evolution, only female chickens lay eggs leaving every male chick surplus to requirements. 40 million newly hatched male chicks are gassed within 15 minutes of hatching and then macerated in industrial machinery every year. Magpies are terrible, are they?

Magpies are seen by many people as responsible for the decline in songbird populations. I’ve heard stories of people rushing out into their gardens to scare Magpies away, desperate to defend the small birds in their gardens. I’ve read tales of people weeping at their inability to protect ‘their’ birds. Yet the real issue in the UK is habitat destruction. People only live on 2 and a half million hectares out of 23 million. However, rough grazing is 4 million and permanent grassland is 5 million. The Broadleaved forest left is only 1 and a half million hectares. The UK’s wild countryside has been destroyed by us committing countrycide. Trees have been cut down over centuries to leave a bare industrial farming landscape with a habitat-poor monoculture. Even worse, the destruction has accelerated with the reduction in numbers of farms and the removal of hedgerows. I suspect that sheep live on more land than people in the UK. Farmers are paid to destroy the habitat for our wildlife. Magpies are terrible, are they?

People in the UK have destroyed almost all the ancient forest and have hunted all of our large wildlife to extinction. We also have absolutely no top predators left. We like to contribute to ‘Save the Rhino’ or ‘Save the Sumatran Tiger’ appeals and yet think that anyone proposing reintroducing wild Boar, Wolves, Bears or Lynx to the UK must be a dangerous animal rights extremist worthy of undercover police surveillance.

Magpies are terrible, are they? 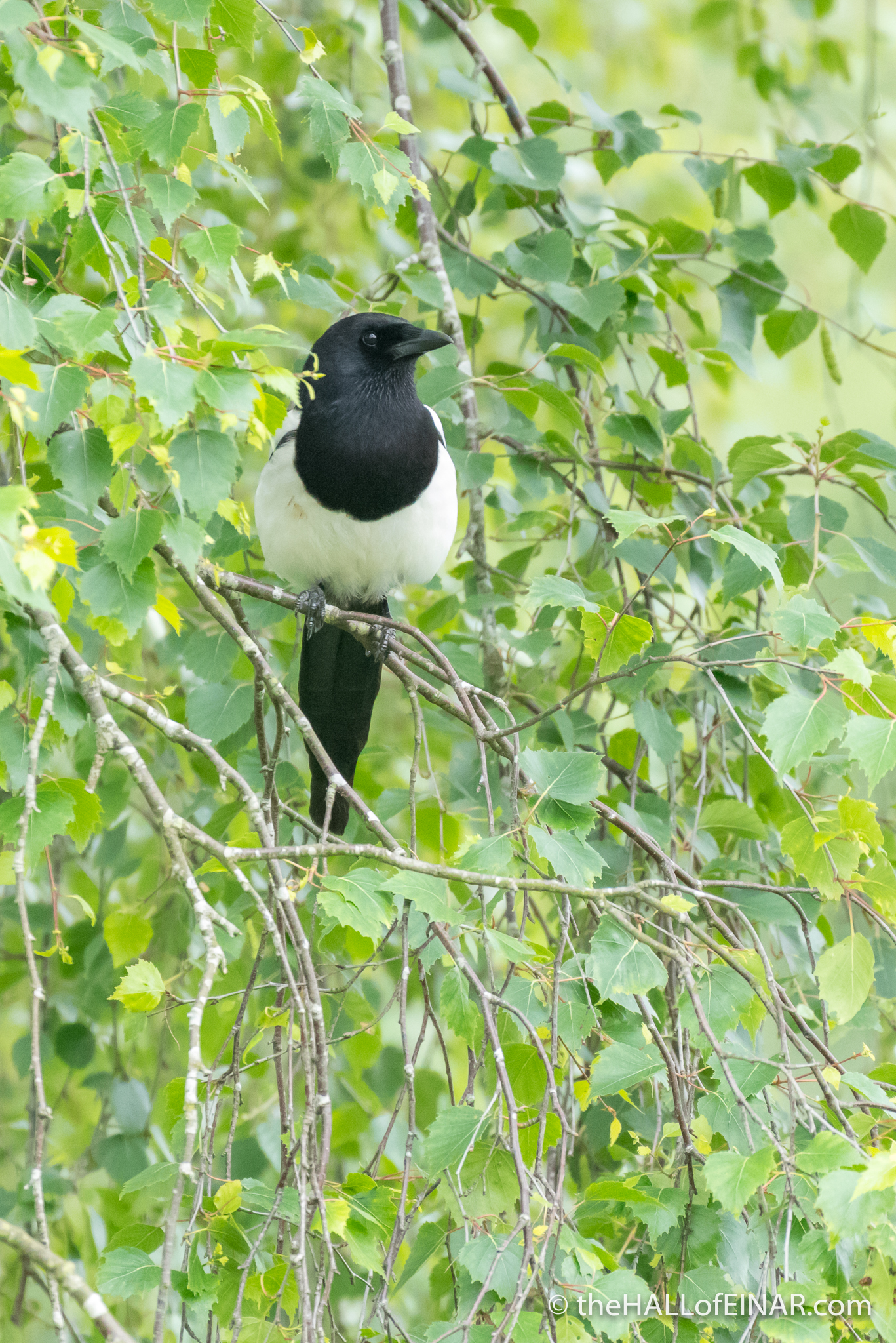 If Magpies are terrible birds, what does that make us?

When you tuck into your breakfast egg, have a chicken sandwich for lunch and enjoy a lovely piece of lamb for your dinner, perhaps you can find it in your heart to forgive them?