I’ve been going through some of my archive of photographs and delighting in some of the finds I made many years ago. Here’s one; Orange Peel Fungus, Aleuria aurantia: 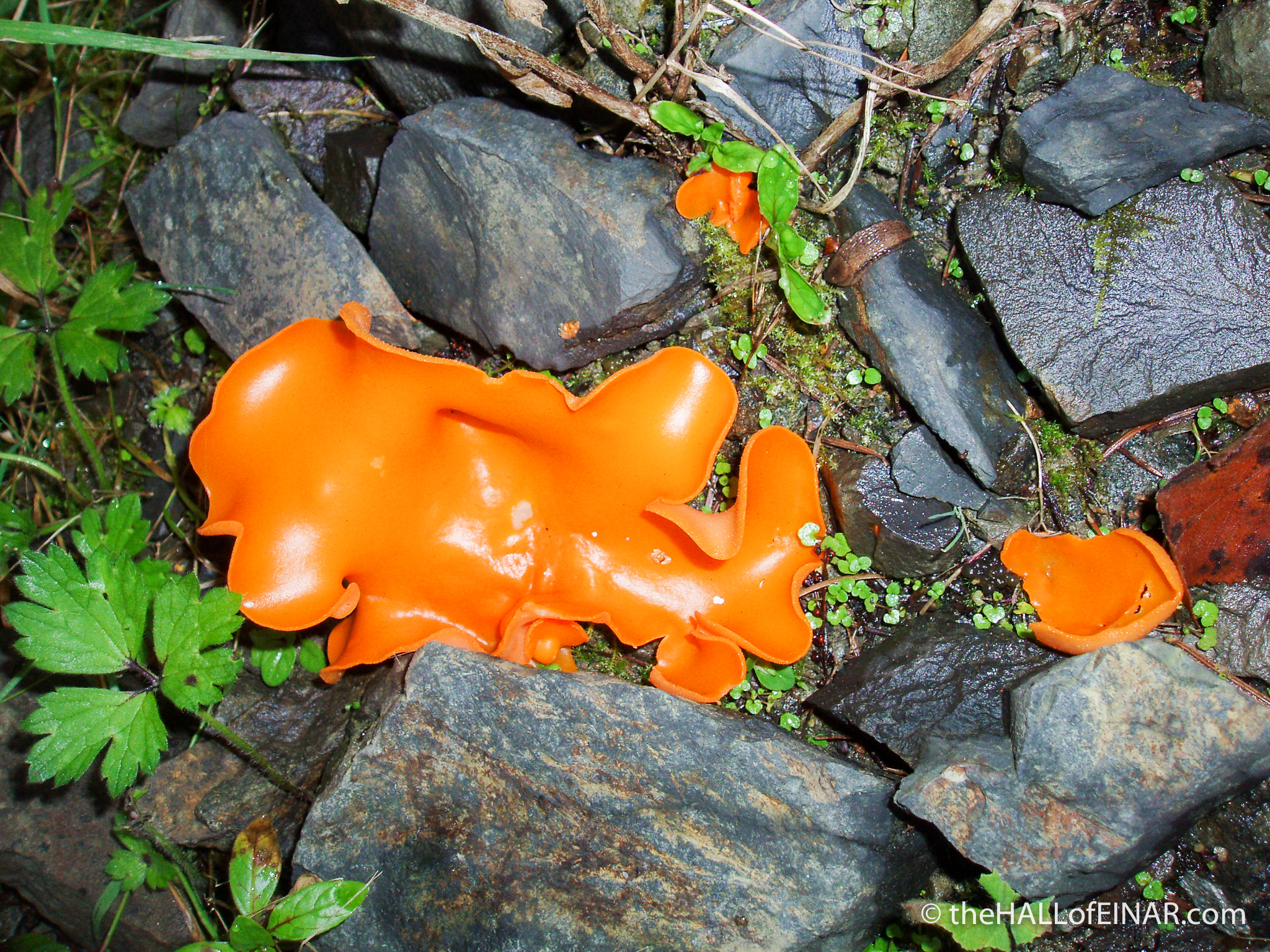 It was September 2005 when I spotted this in the rutted, wrecked earth of a forestry track in Pullabrook Wood in Devon. Twelve years later I’ve found an illustration of it in Coloured Figures of English Fungi or Mushrooms by James Sowerby from 1797: 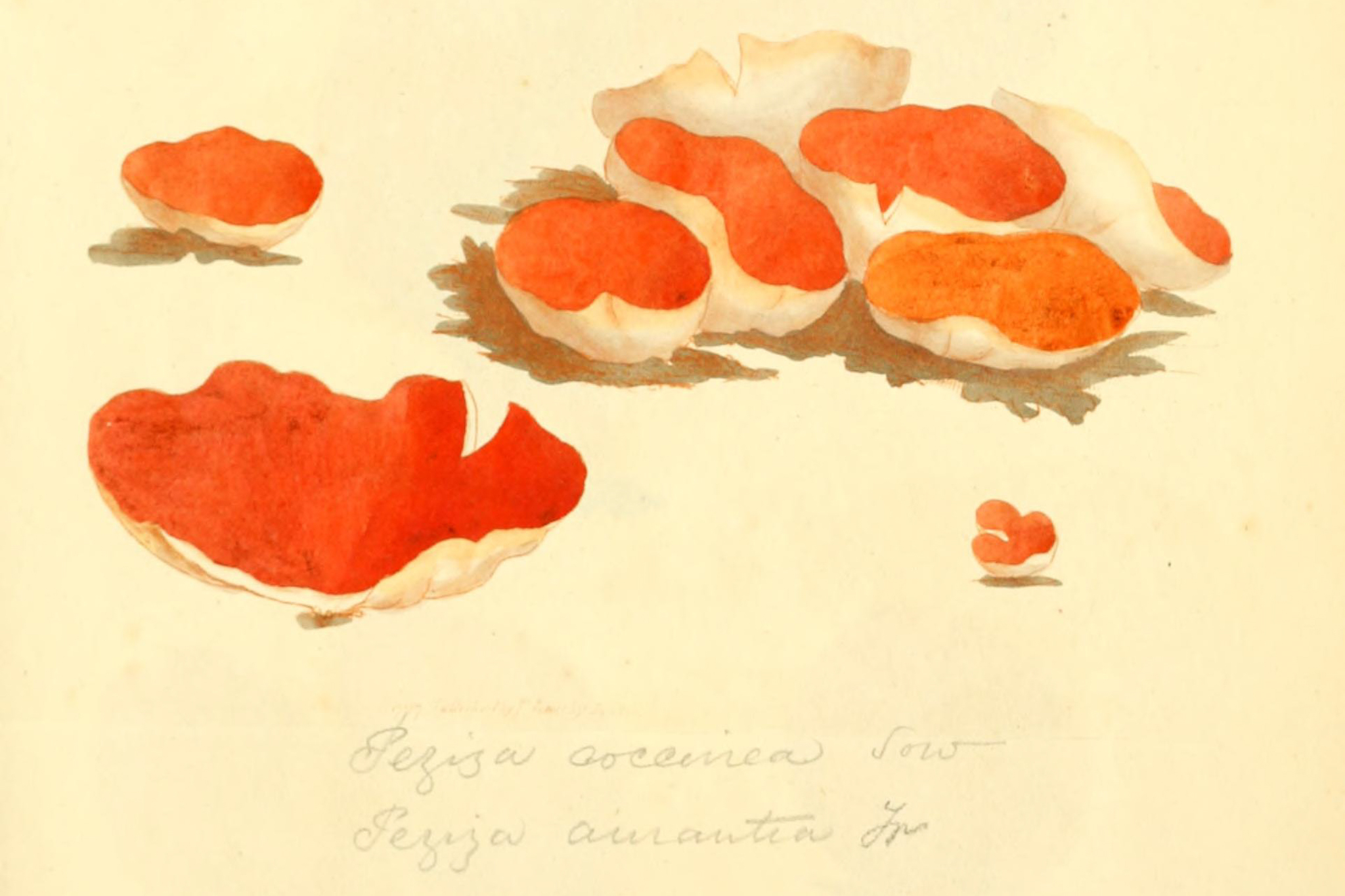 These hand-coloured illustrations by Sowerby are so vibrant and so lifelike because he made realistic engravings from real specimens and made only moderate attempts to arrange and to decorate. The four volumes of English Fungi are a vast, yet form a small companion set to his 36 volume English Botany, issued in 267 monthly parts over 23 years with 2,592 hand-colored engravings. He was obviously a busy man. 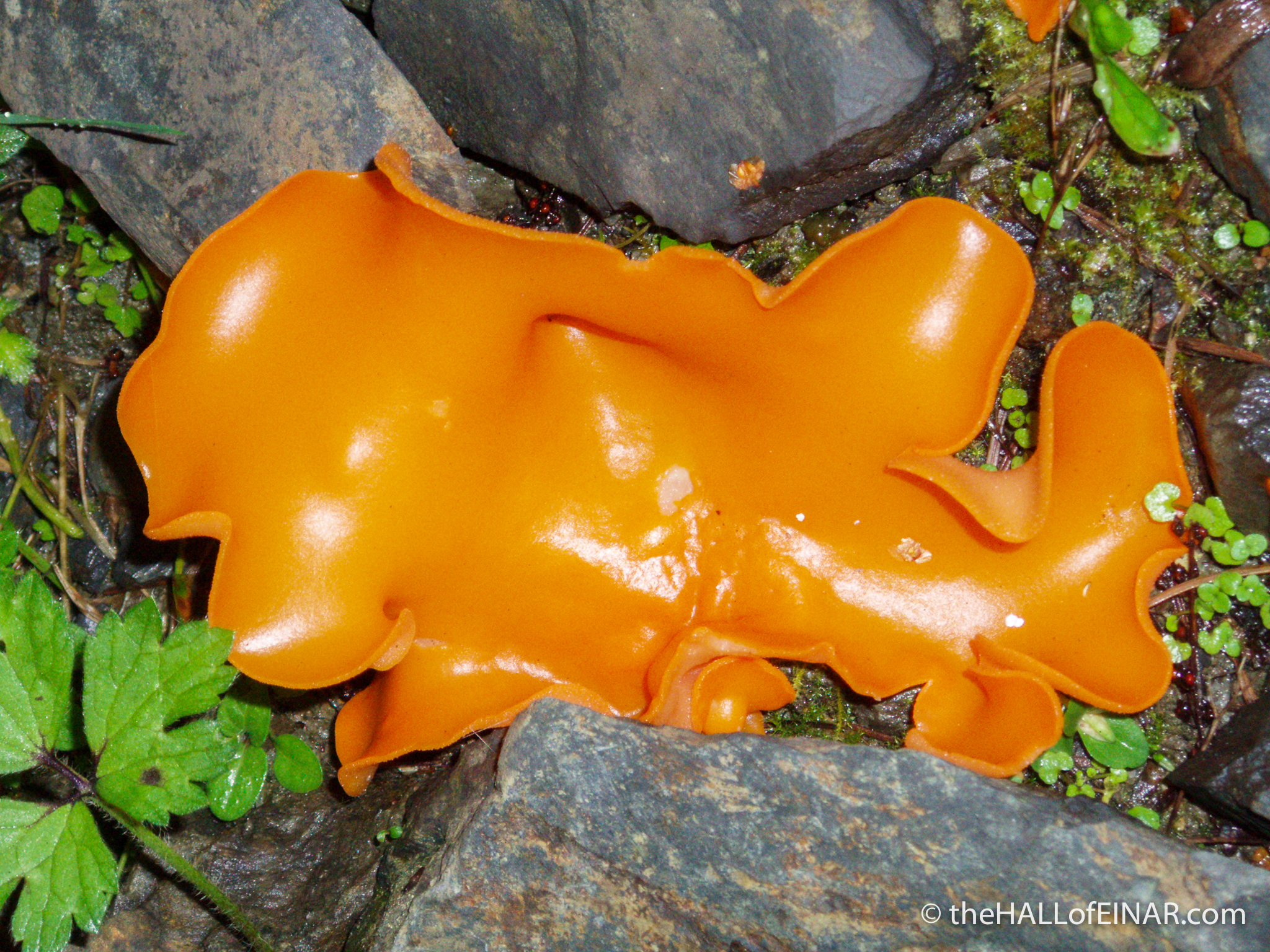 I’ve also found a less than compelling illustration here in Atlas des champignons comestibles et vénéneux by L Dufour from 1891. As well as illustrating the Orange Peel Fungus, it illustrates just how fabulous James Sowerby’s illustrations were from 100 years earlier: 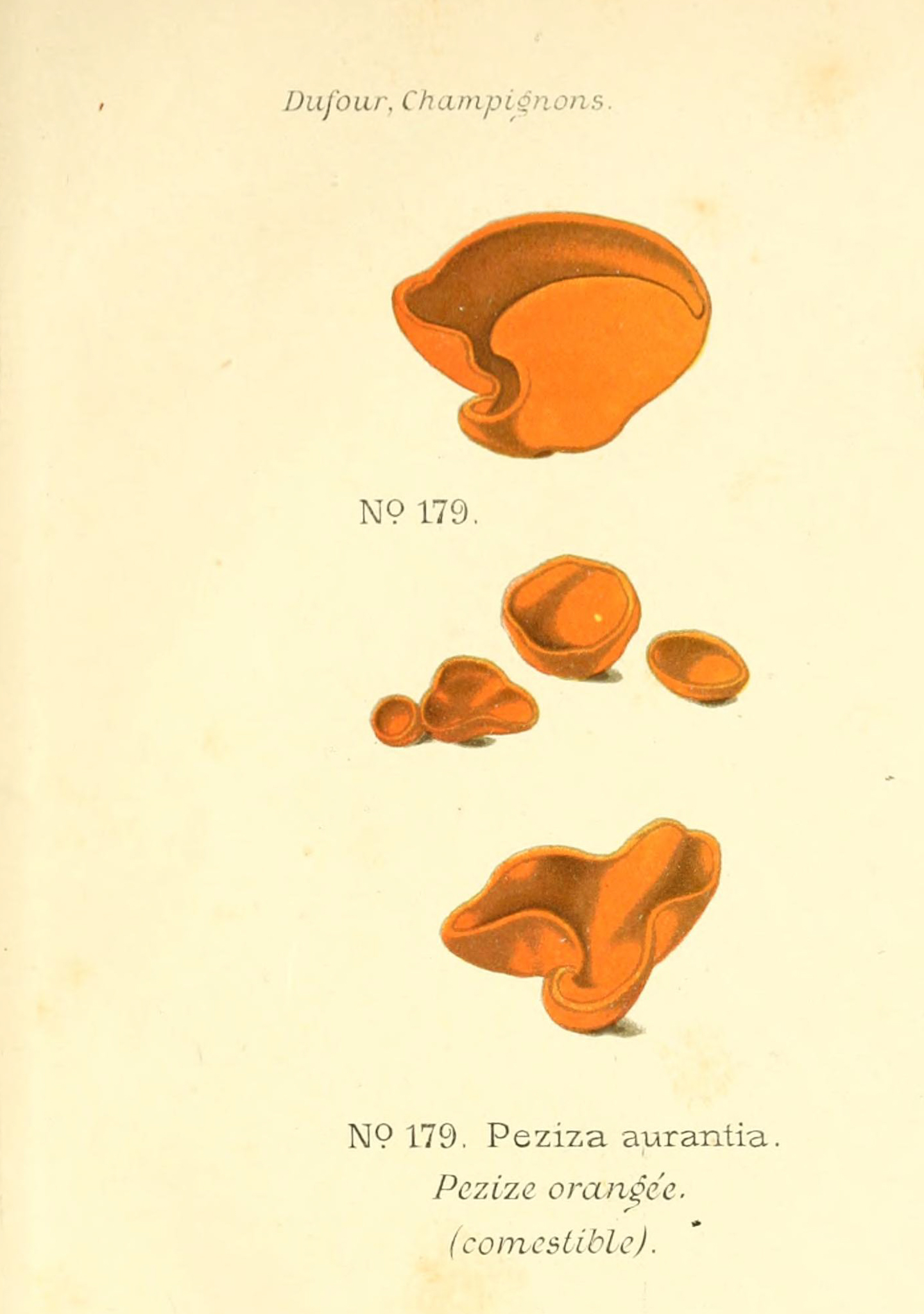 It was fruiting wildly on the forest path: 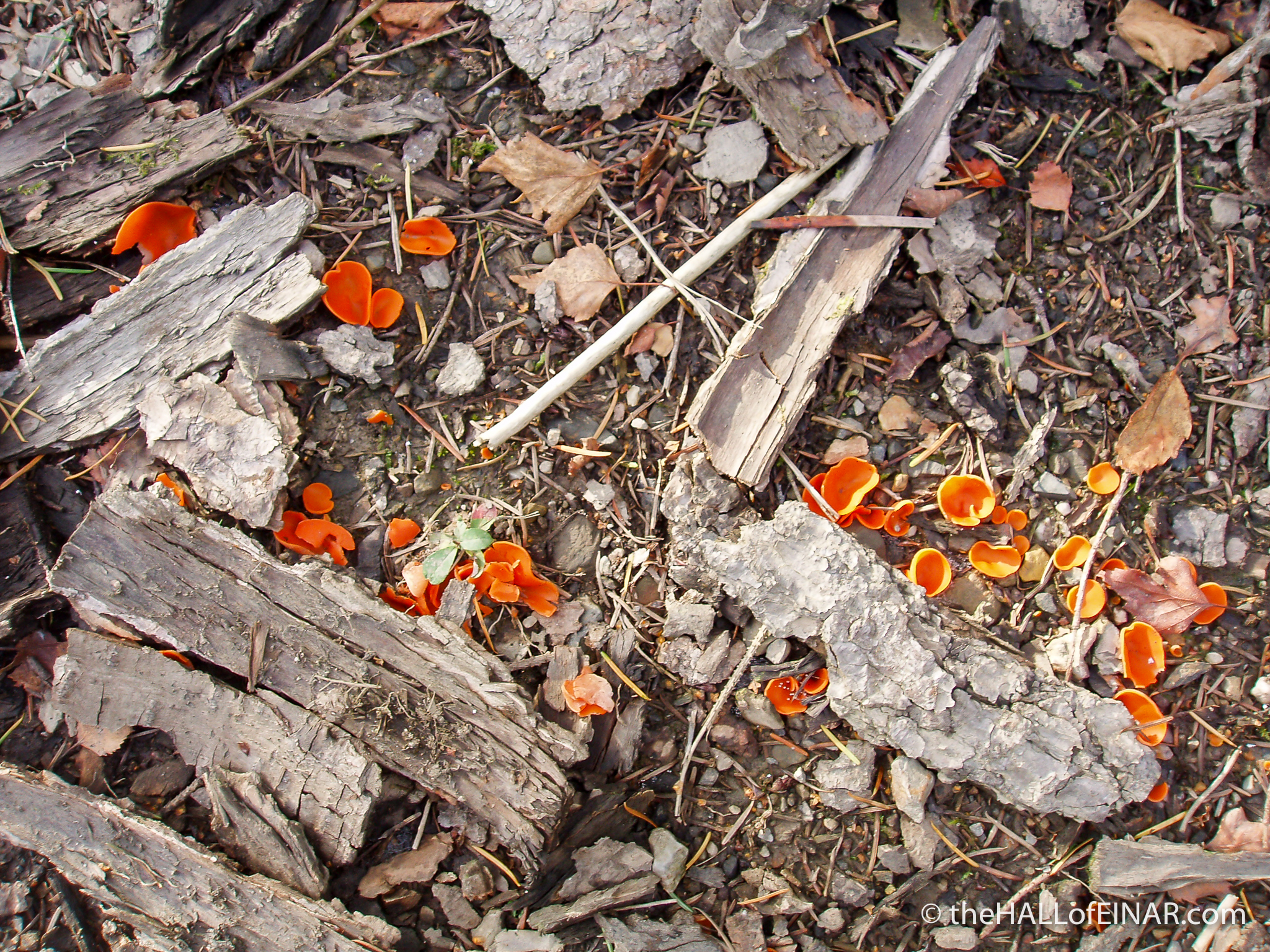