There are Clouded Agarics, Clitocybe nebularis, all over this wooded slope at the National Trust’s Killerton House. 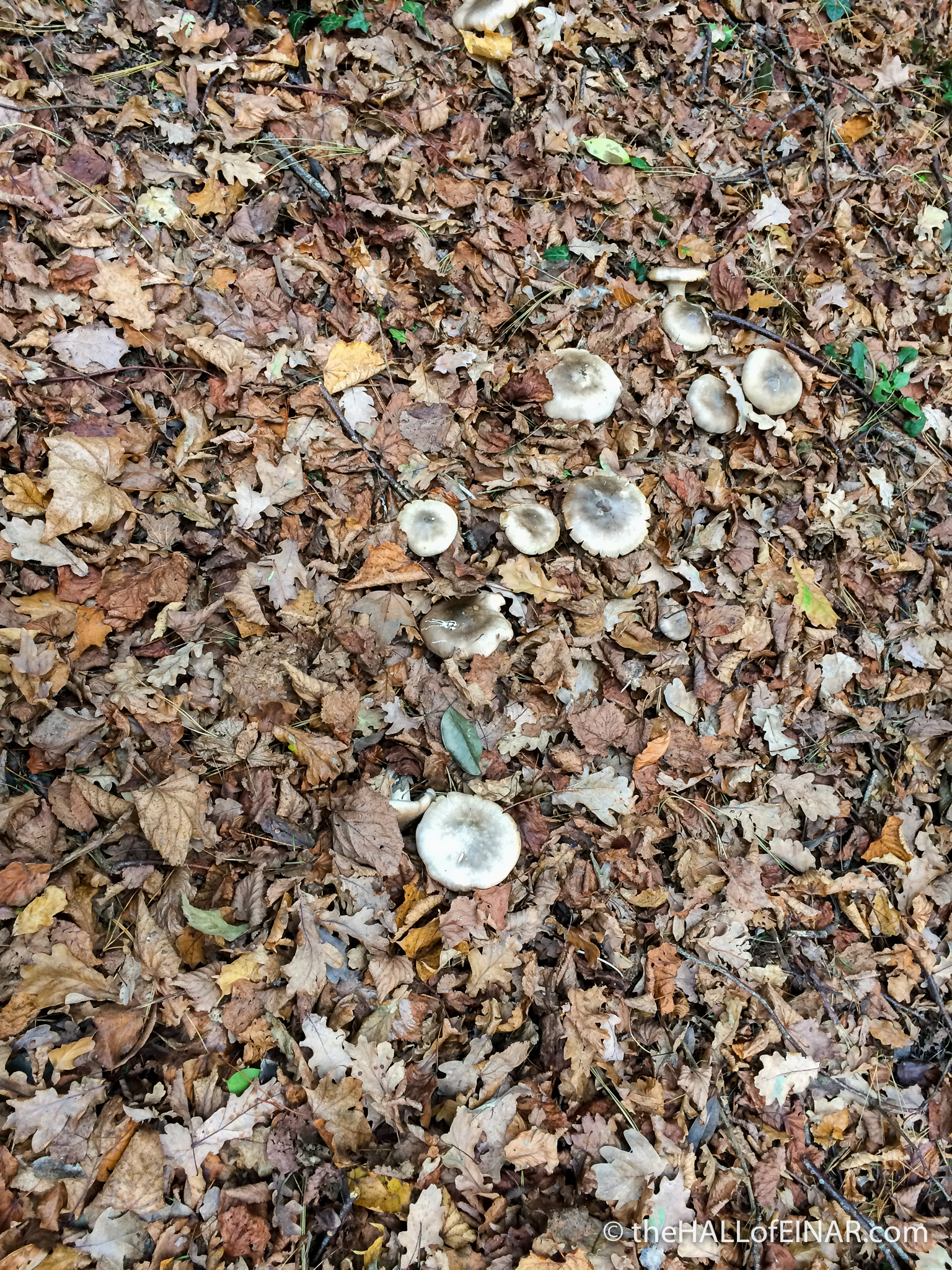 They are chunky mushrooms, with robust flesh and a wonderful mushroom smell: 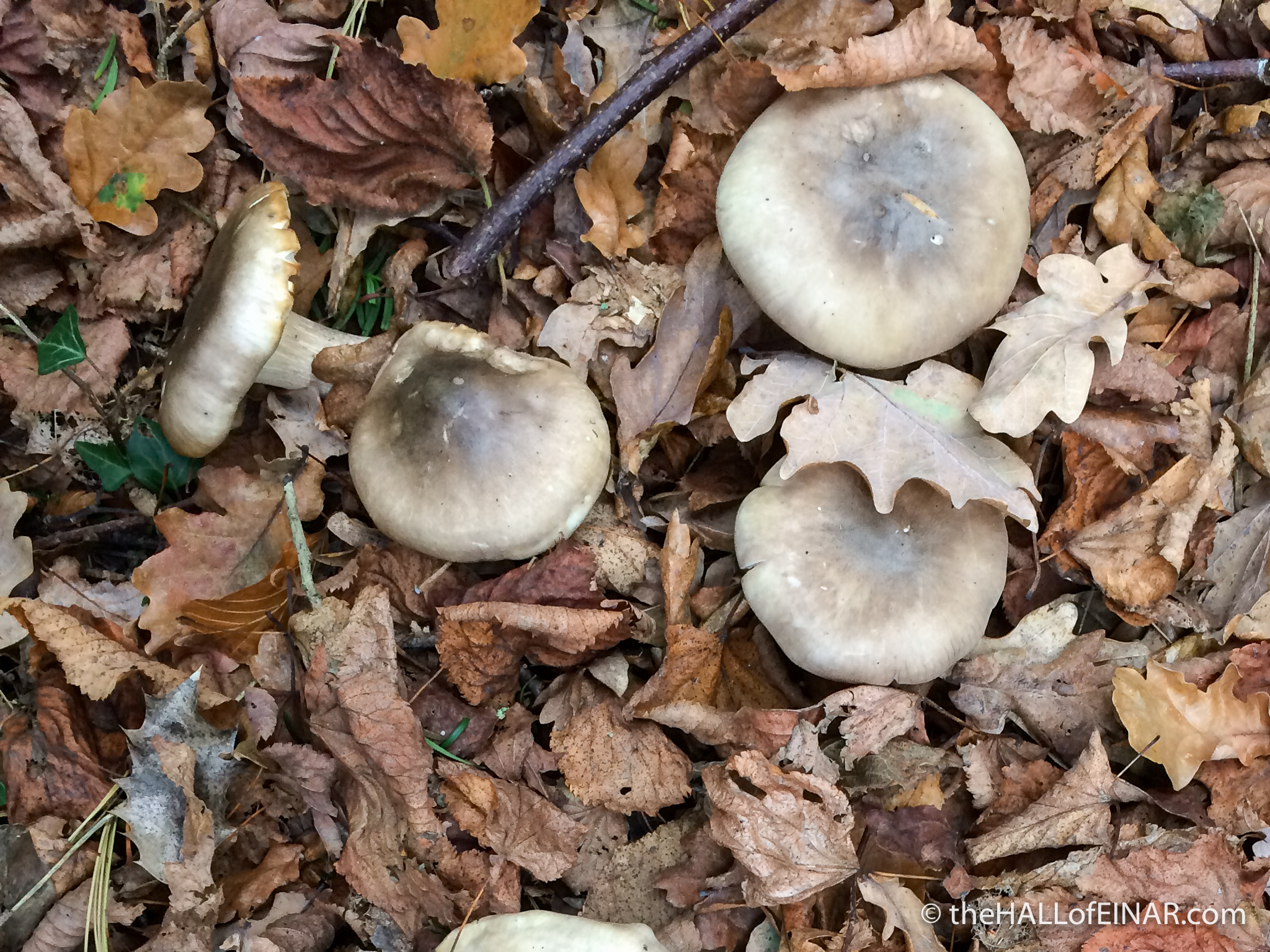 They are a beautiful subtle grey colour, just like clouds: 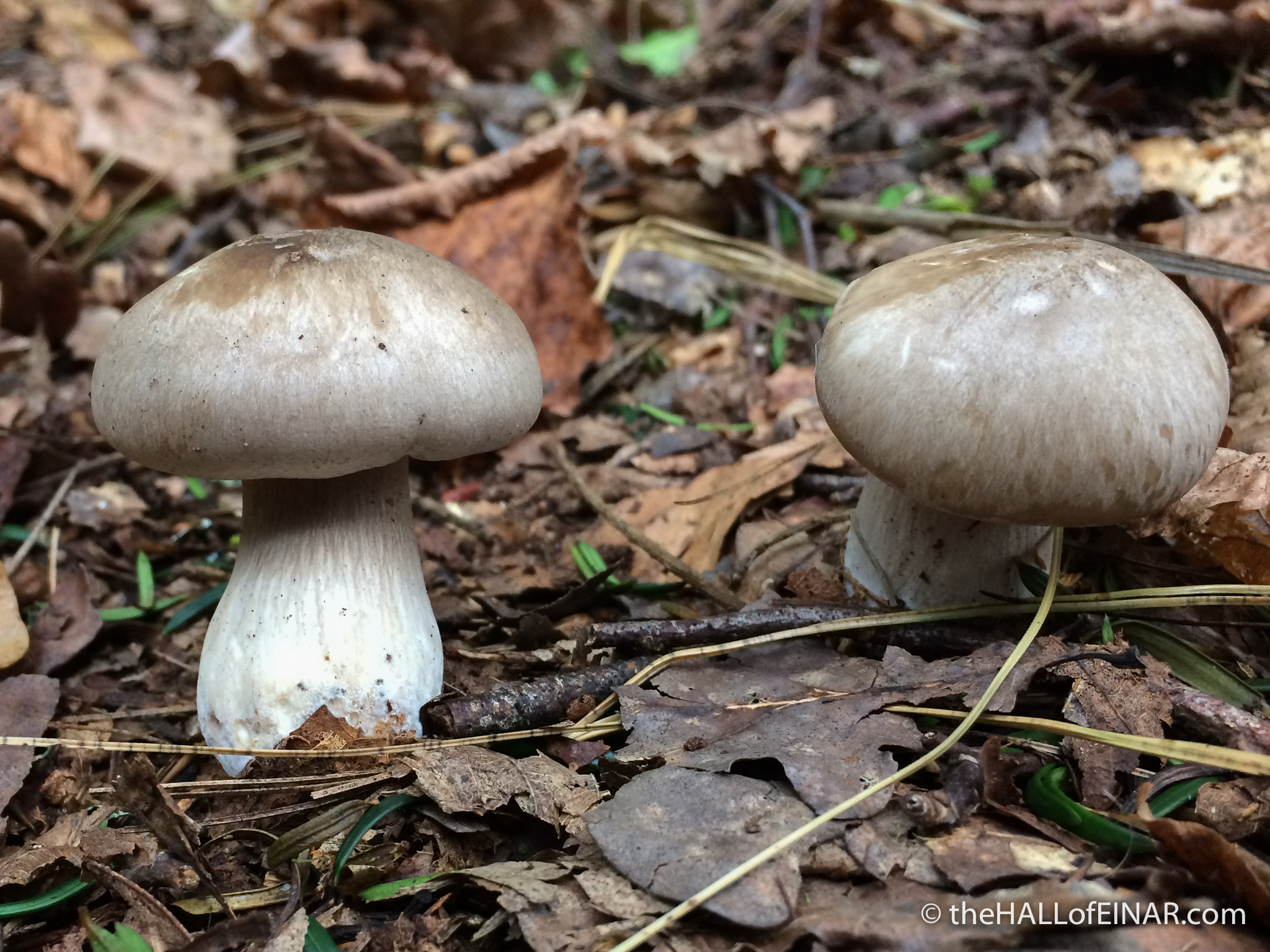 They have a chunky stem with a reticulated pattern on them:

Here they are, bottom left, in the Atlas des champignons comestibles et vénéneux by L Dufour from 1891: 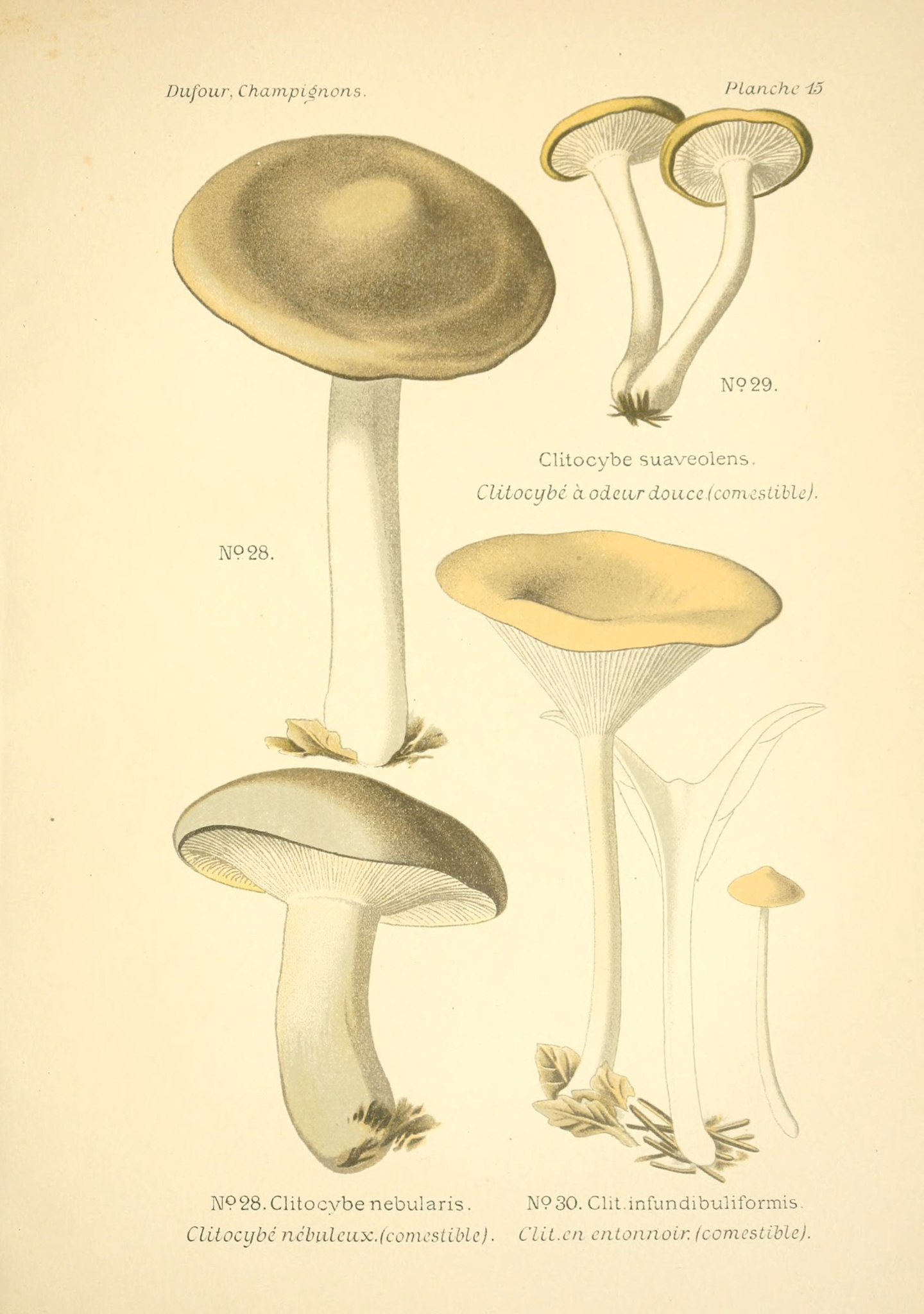 This 19th century book says it’s edible or ‘comestible’. I’m not convinced. They cause gastric upsets so I’ll be giving them a miss. It’s a shame; they smell delicious, fruity even. Yes, I am a man who stands in the woods and sniffs mushrooms.

The reason it says Batsch after the name is because they were first described and named Agaricus nebularis by August Johann Georg Karl Batsch in the 18th Century. They appear in his Elenchus Fungorum (Discussion of Fungi), written between 1783 and 1789.