There’s a mushroom with a bright red cap in the woods. It’s such an unearthly red and the stem and the gills underneath are such a pure white that I think it must be The Sickener, Russula emetica. I’m also in a conifer wood in the Cairngorms so that reduces the options for identification. 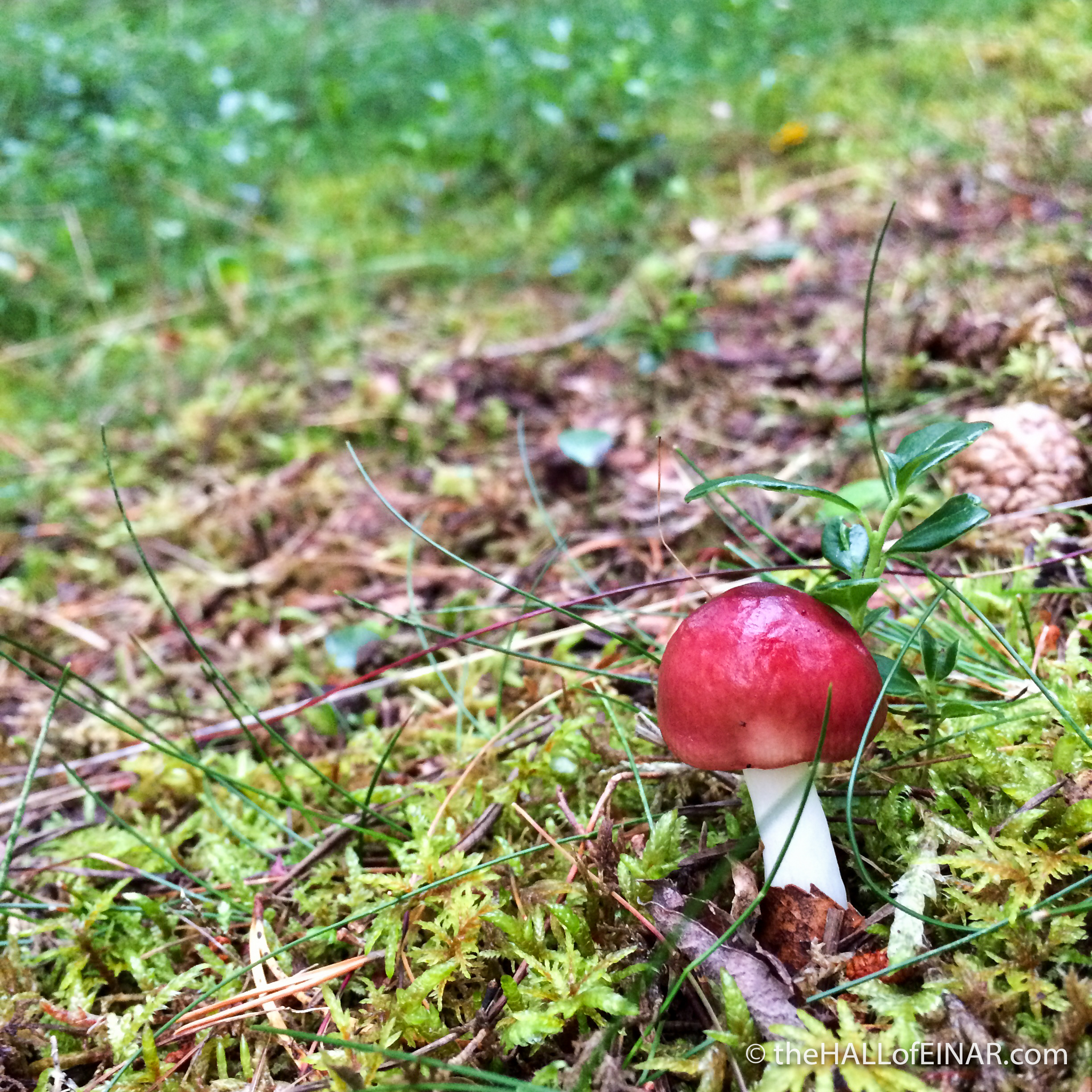 Russula means red and emetica means emetic; something which makes you sick. Scientific names sound very grand, but this fungus is a red thing which makes you sick. There are lots of other species of different coloured Russulas, including grey, green, purple and yellow ones, so calling them all Russulas is a little confusing. Russula emetica is the ‘type’ species for all Russulas so all the rest of them get labelled red when many of them are not.

Russula emetica was first described in 1774 by German mycologist Jacob Christian Schäffer. He called it Agaricus emeticus or Der Speytäubling or Speyteufel. He included it in his four volume 18th Century mushroom epic Fungorum qui in Bavaria et Palatinatu circa Ratisbonam nascuntur, The Fungi that Grow in Bavaria and the Palatine, around Ratisbon. 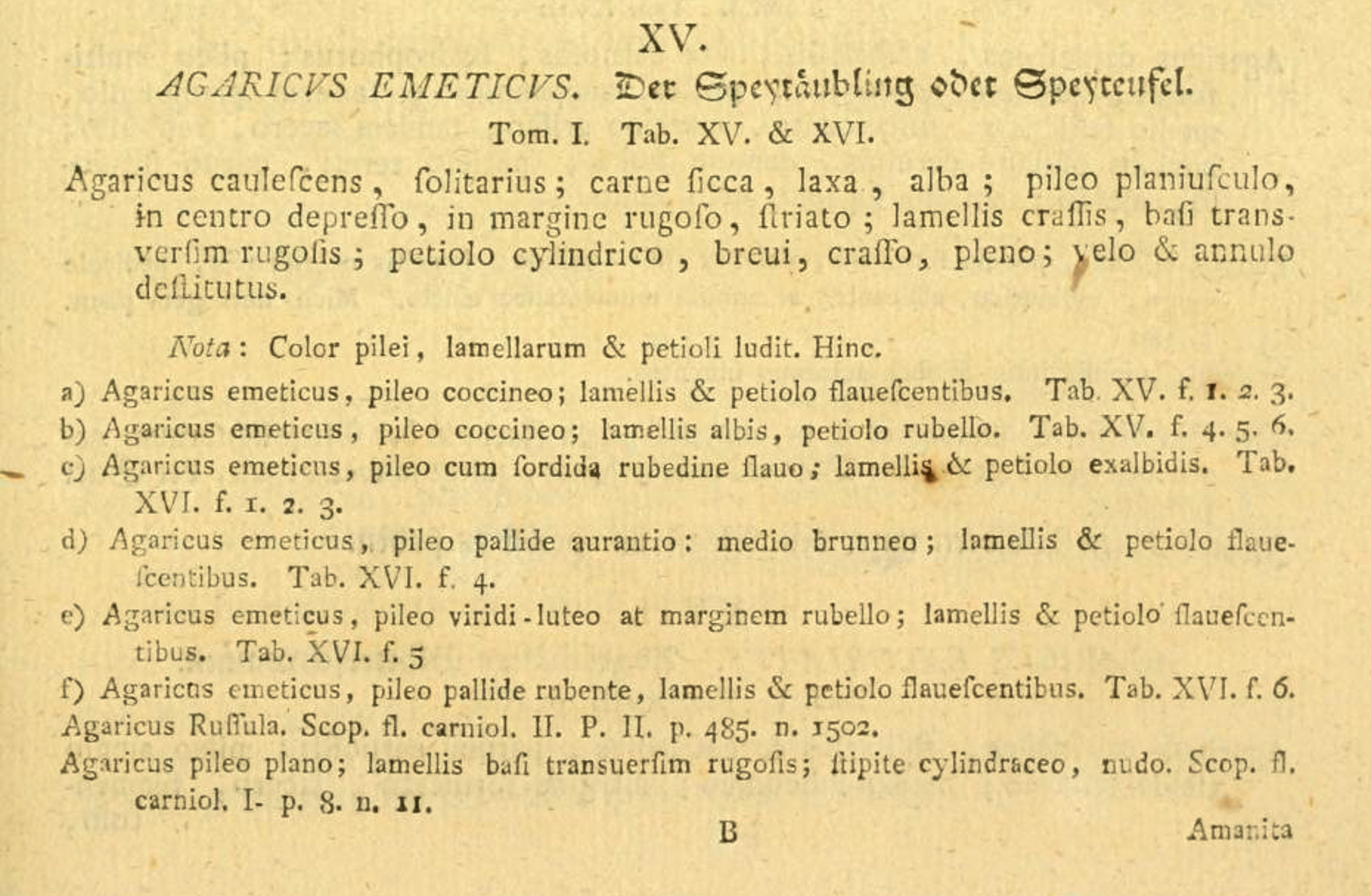 Is it okay to get excited about a four volume mushroom epic from the 18th Century? It’s not odd is it?

Here it is in L. Dufour’s Atlas des champignons comestibles et vénéneux published in Paris in 1891:

I love the description “Chapeau rouge”. I had to look up vénéneuse and it means poisonous. I should have known that; it looks like ‘venomous’. 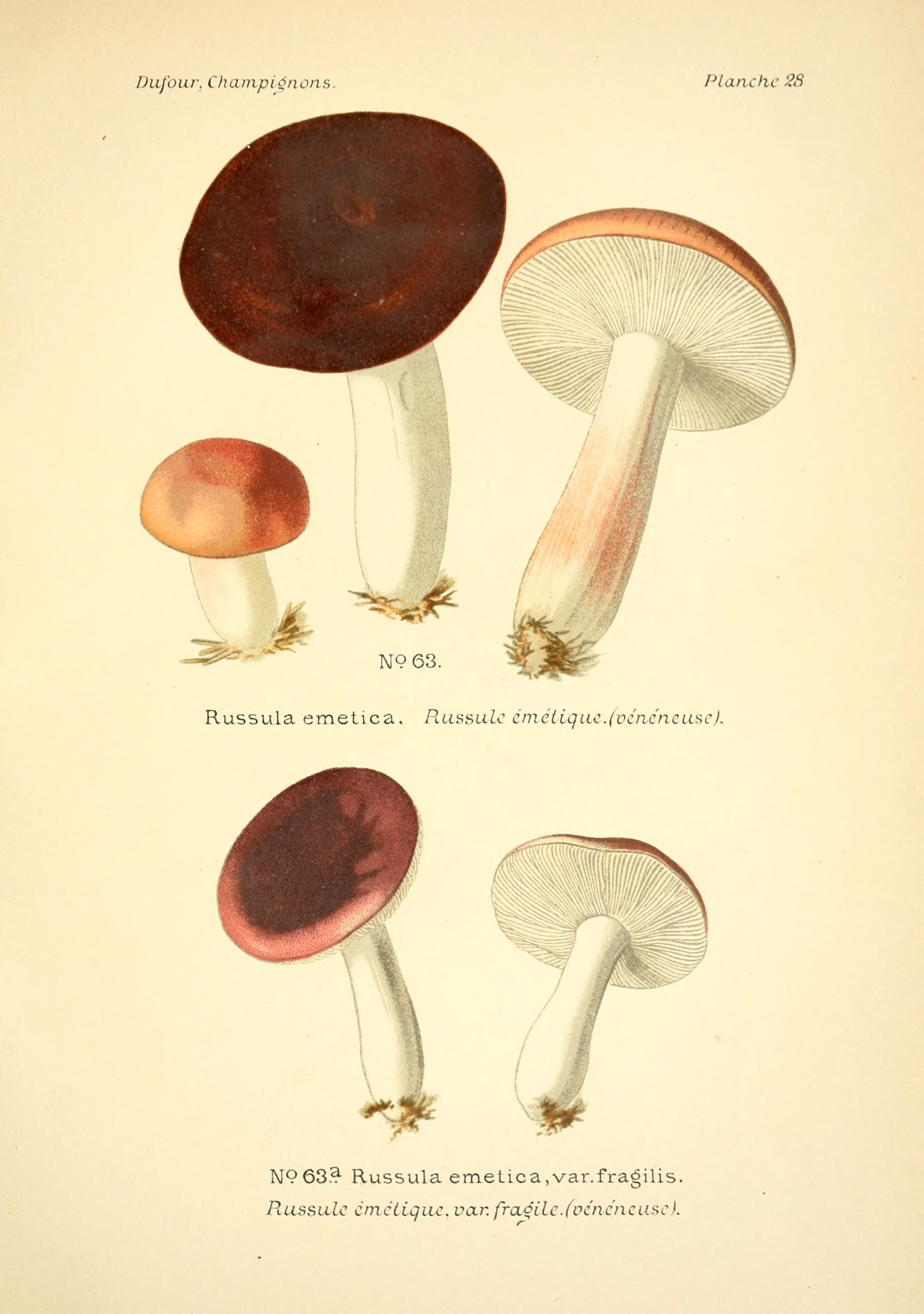 It’s only my guess that it’s Russula emetica though. There are several red species which look identical and it depends which sort of woodland you’re in, how much the cap peels and crucially how the microscopic spores are ornamented under a high-powered oil-immersion microscope lens. Then you have to use a key to follow the identification logic.

I decided to take a quick shot with my phone and leave it for the Red Squirrels to eat. It doesn’t seem to cause them extreme stomach pain or any of the other human symptoms like vomiting or diarrhoea; luckily!