I’ve got a few hours spare this afternoon and the weather is bright. The forecasts are for dull weather for days, so this might be my only chance for some good light.

It’s only ten minutes to a nearby country park and I see a male Chaffinch with a poorly advised new ‘fashionable’ haircut: 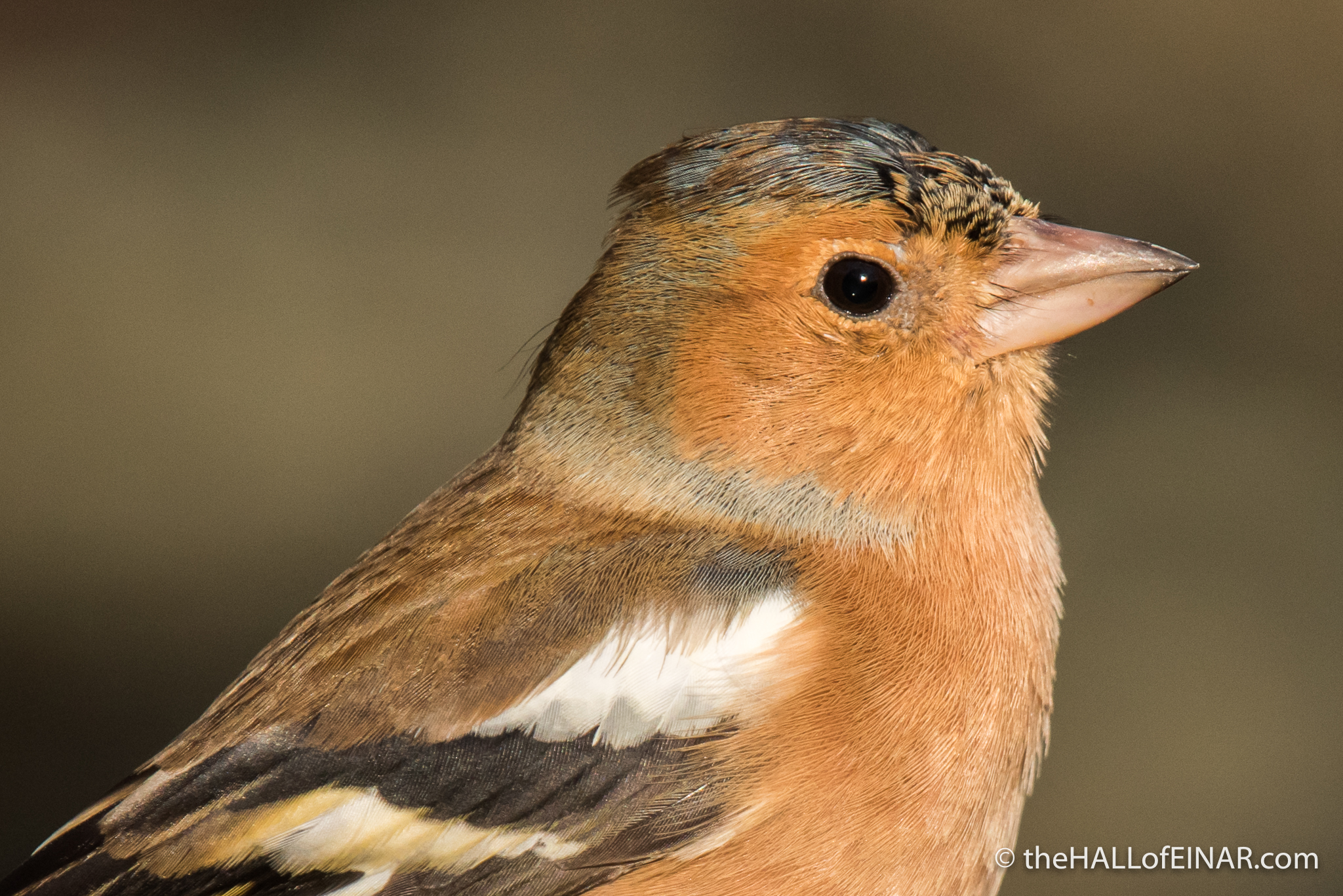 The inner edges of the Chaffinch’s bill are rolled inwards. That must make it easier to manipulate or exert force on seeds:

This one has escaped fringilla papillomavirus; the warts which affect the feet of so many birds which eat from intensively used and dirty garden feeders. 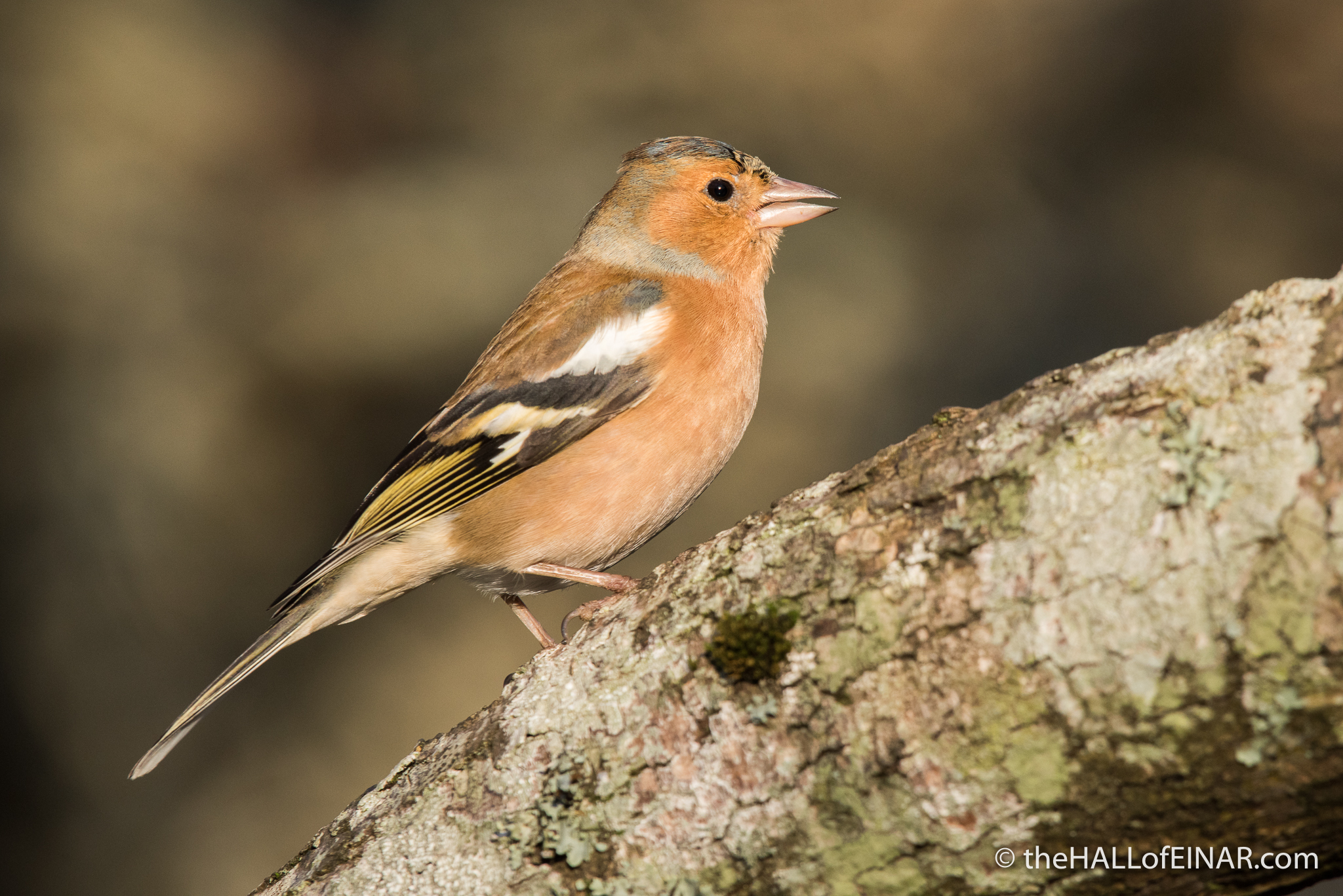 There’s a Robin which proves, if proof be needed, that Robins have orange breasts and not red breasts at all. Are people completely colour blind? Or just seduced by the alliteration of red and Robin or maybe frightened of the lack of a rhyme for orange? Whatever the reason, we are completely deluded. 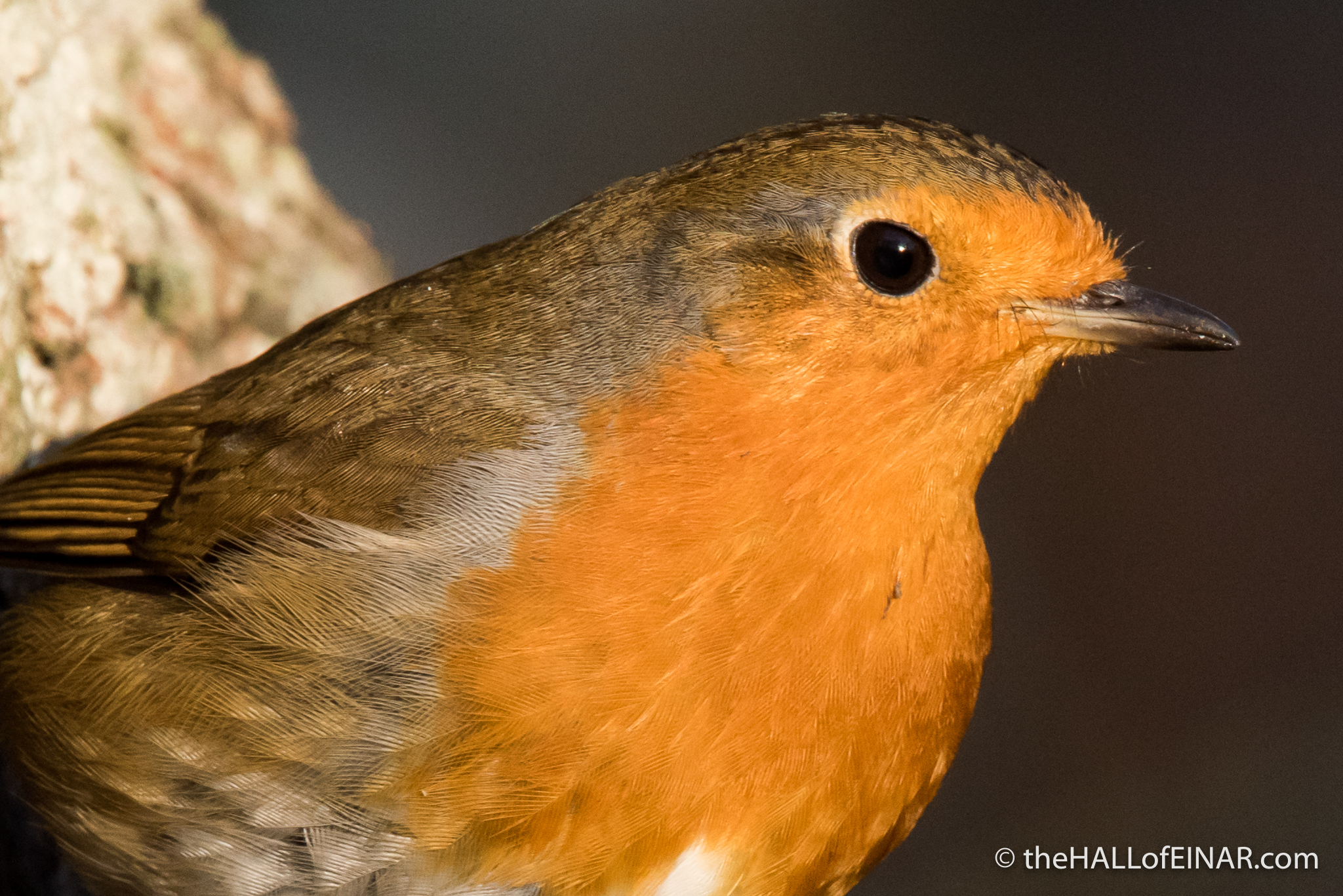 Whatever their name, they are feisty. 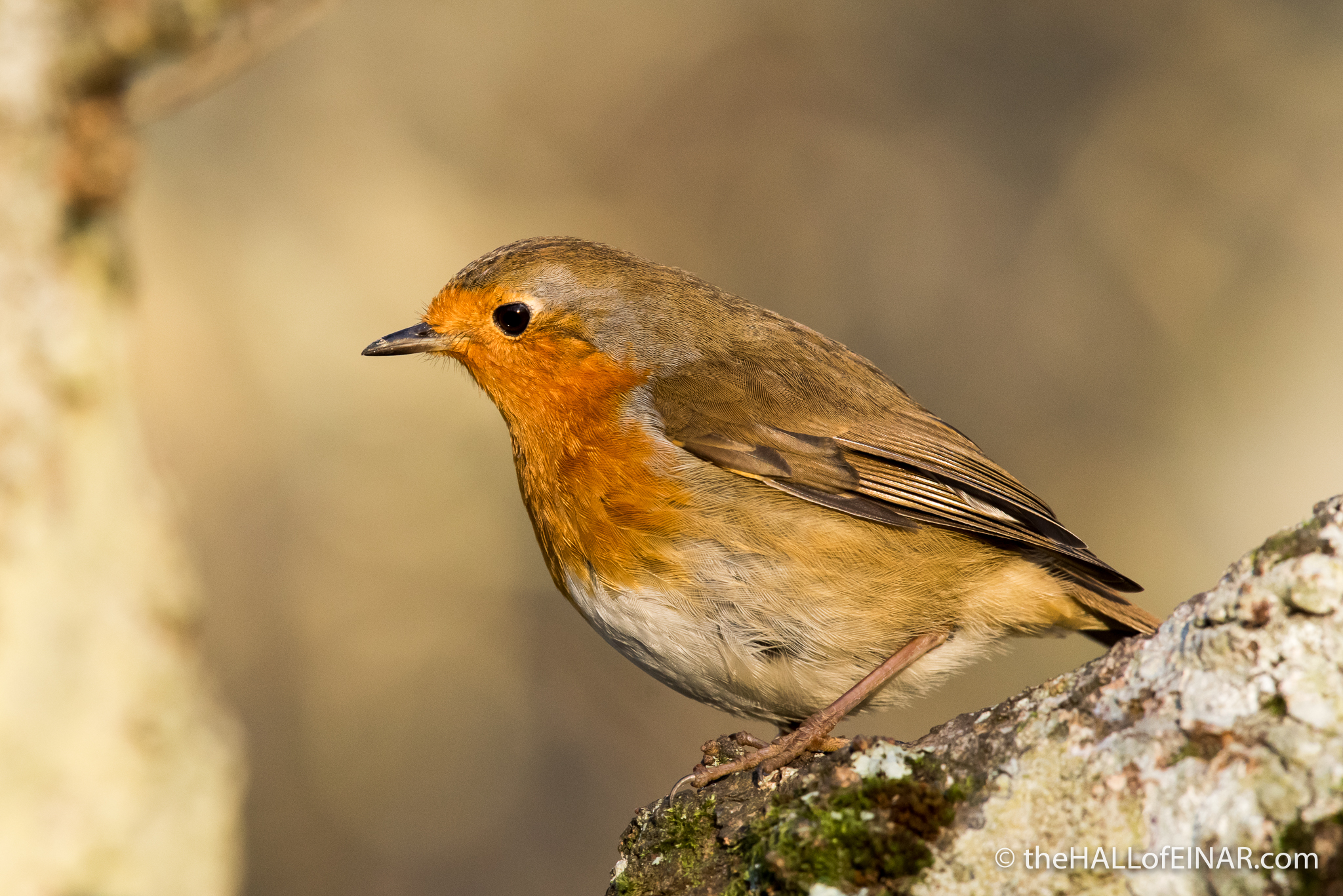 This Blue Tit was another visitor to the food which someone had brought and left in the crook of a tree branch: 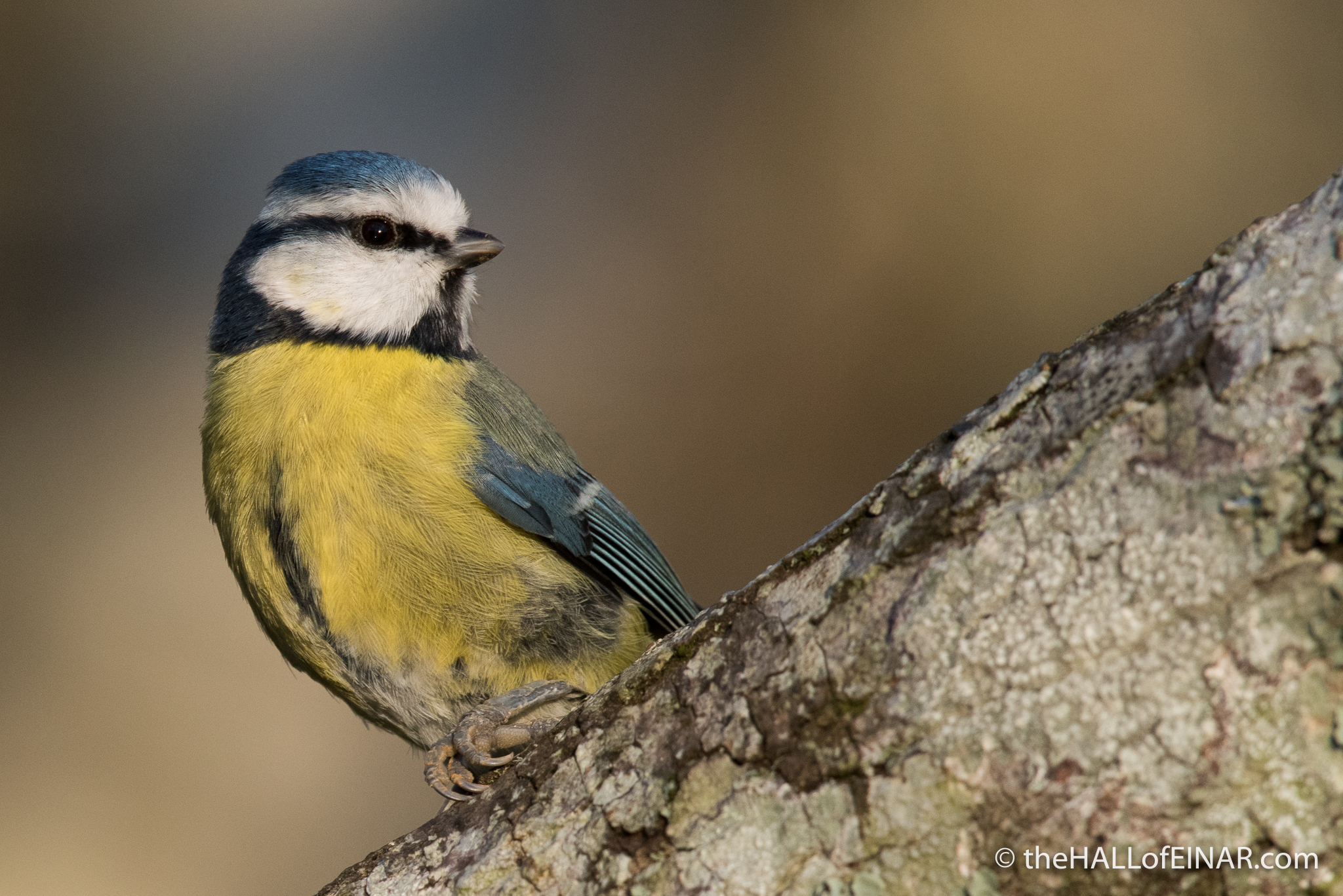 The males and females of Blue Tits look identical to us but not to Blue Tits. Their vision extends to the ultra-violet and the males have a bright ultra-violet crest. 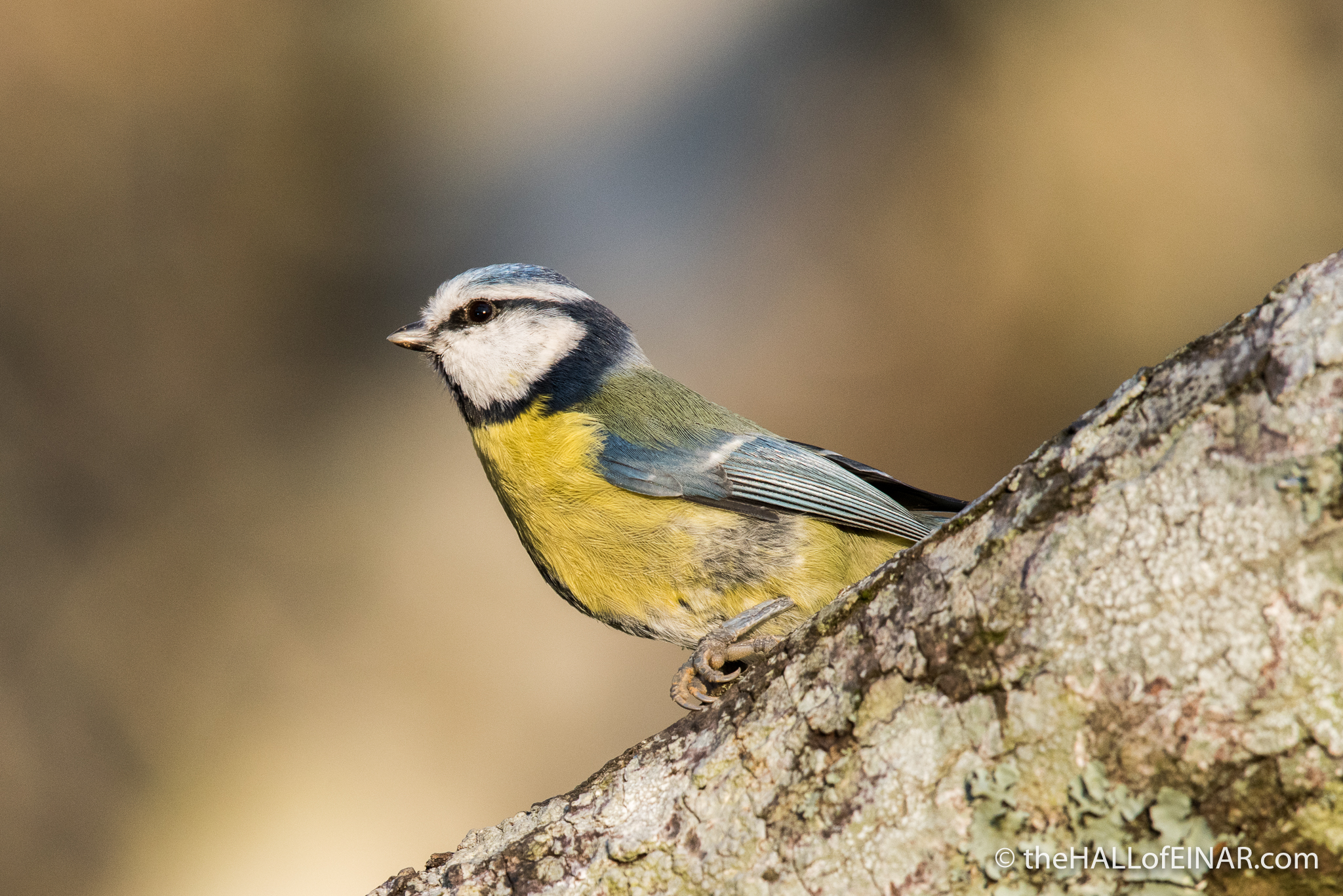 This female Blackbird has exactly the same beak and body shape as the Robin and the same rictal bristles which surround the base of its beak: 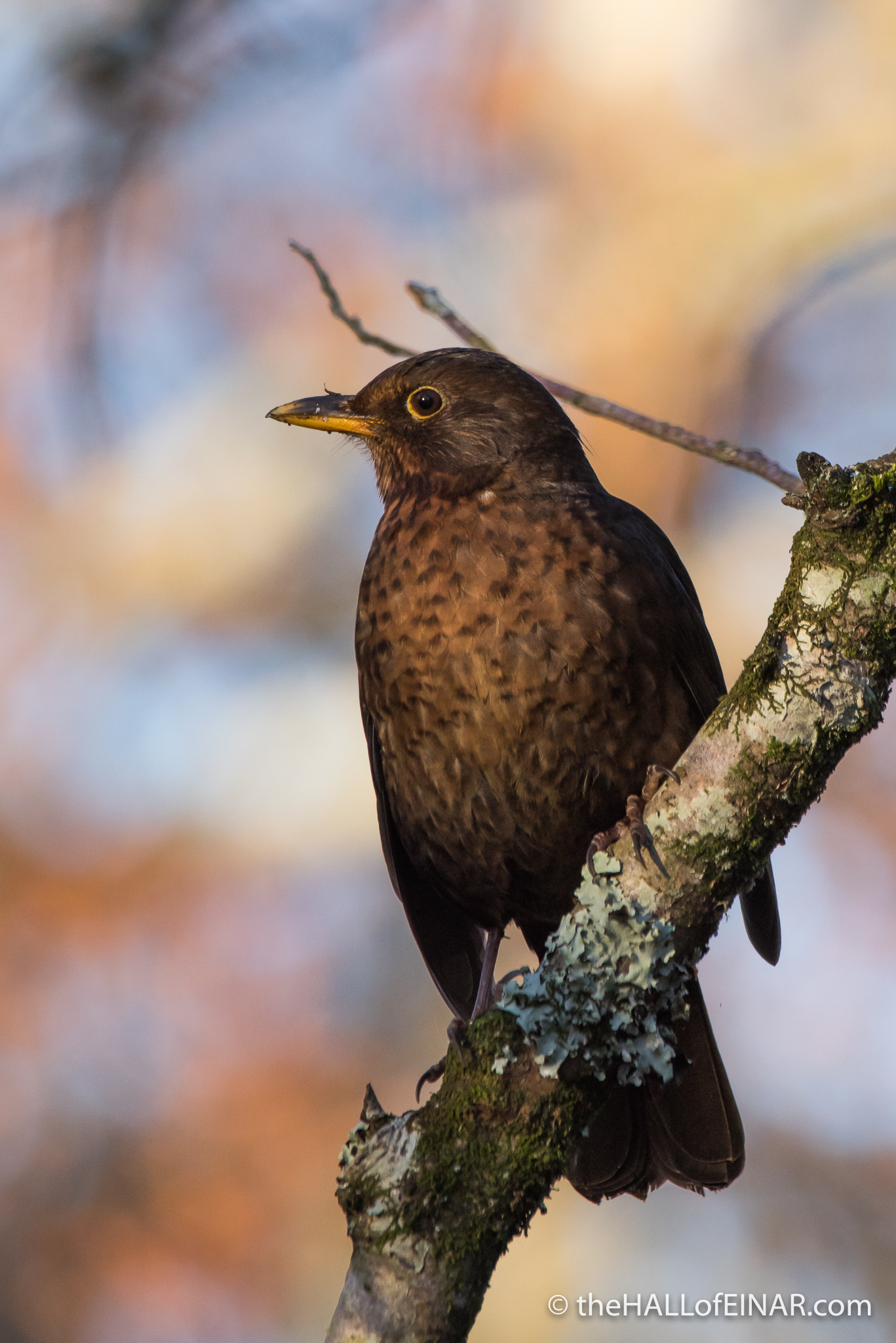 There’s a Black Headed Gull which has a brown head, and only in its breeding plumage: 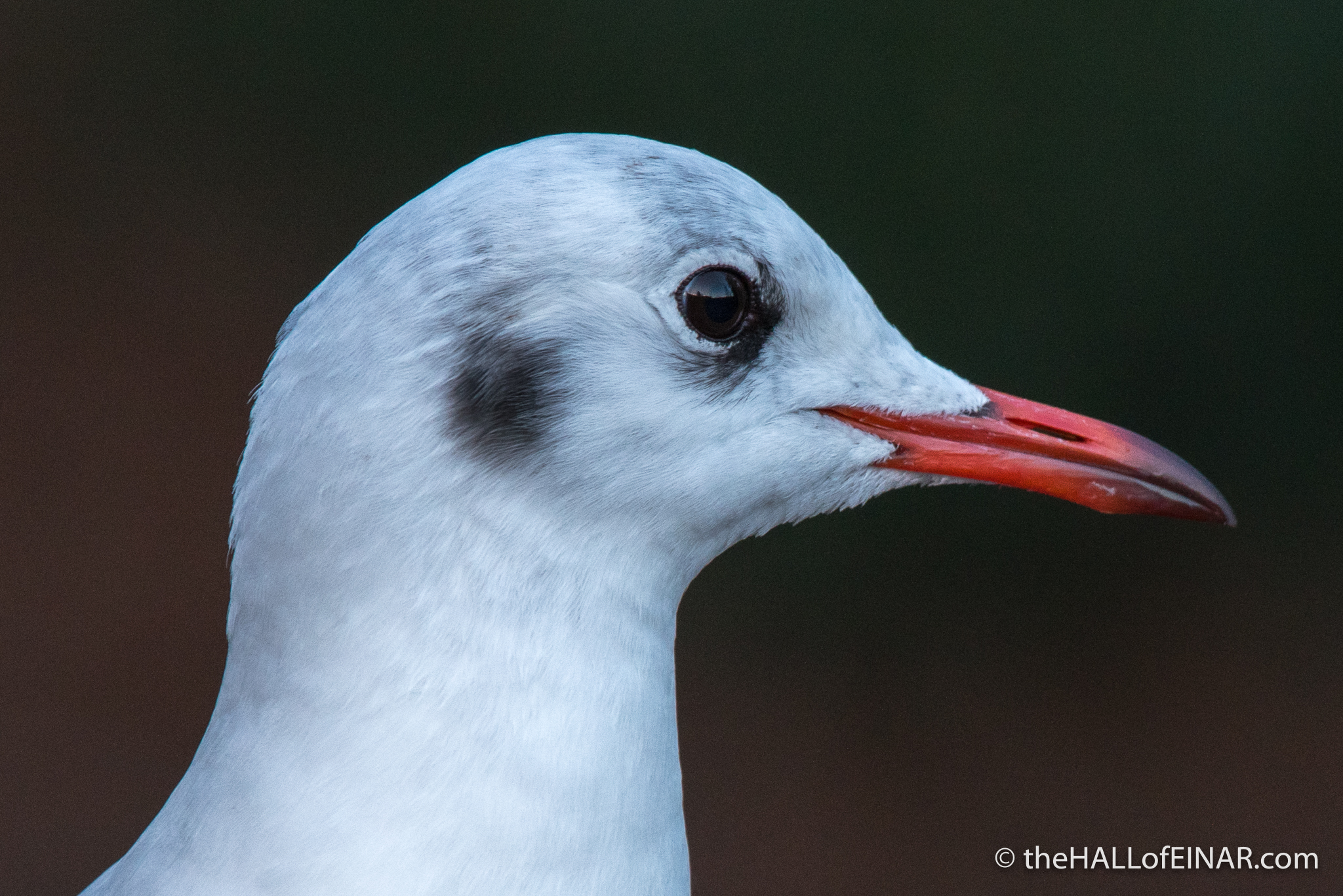 And as the winter light fades a warm glow illuminates this Wood Pigeon for a striking portrait. 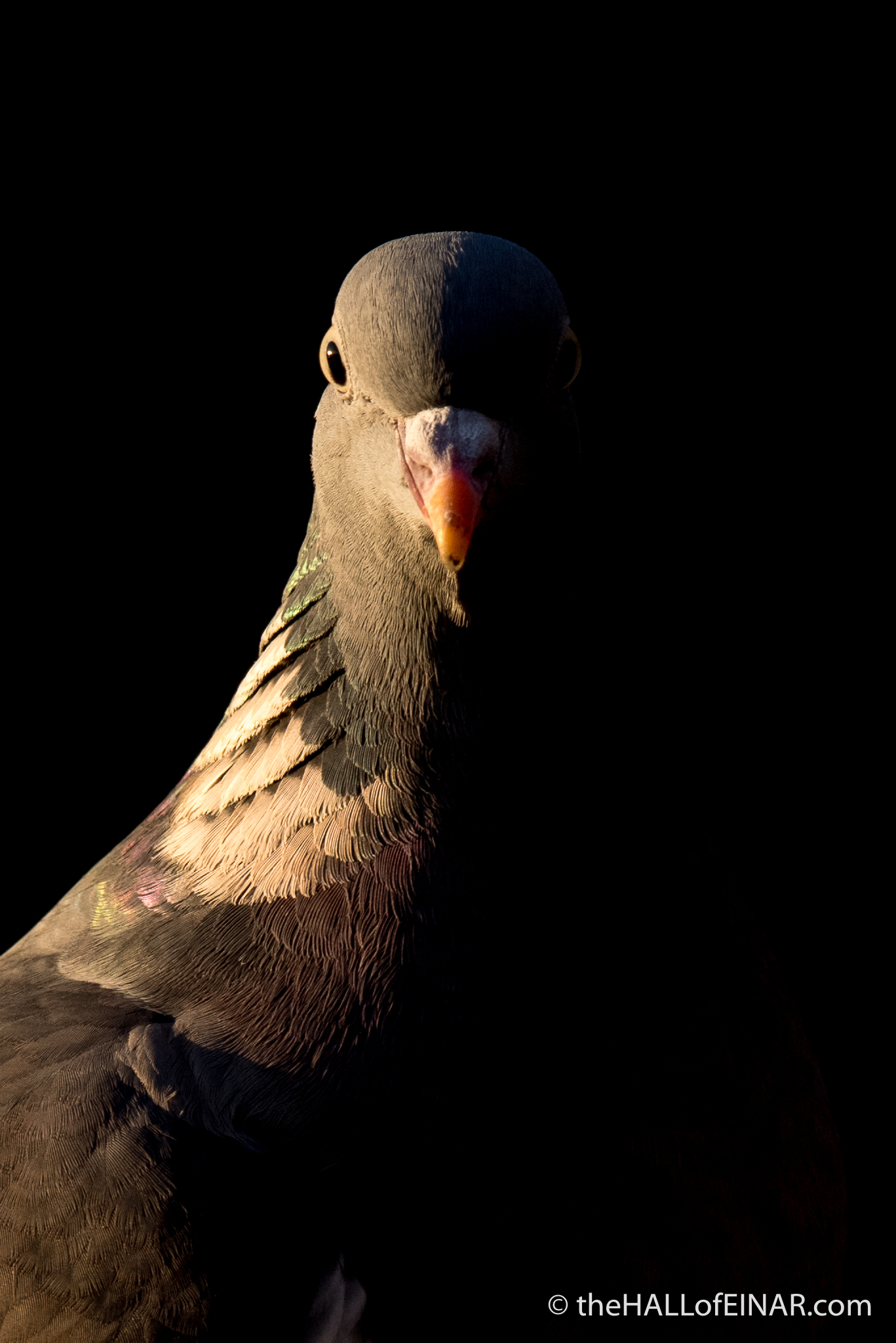