This summer I saw a Red Admiral butterfly in high winds feeding on Westray in Orkney: 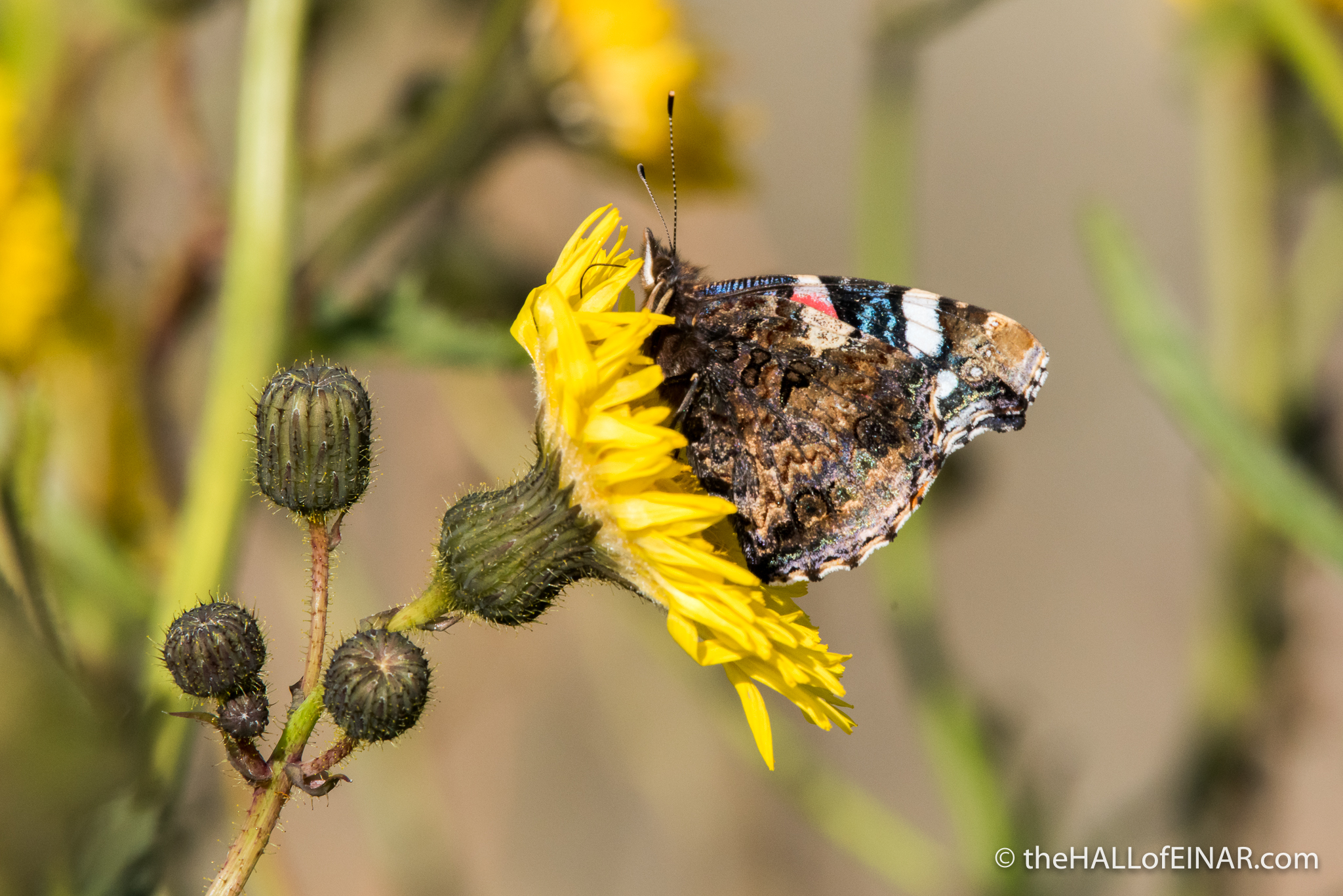 The scientific name of the Red Admiral butterfly is Vanessa atalanta. I once knew someone called Atalanta. Everyone used to say, “Not Atlanta?” “No,” would come the icy reply, “Atalanta.”

The Red Admiral is mentioned in the classic 1760 publication by Carl Linnæus: his Systema naturae: 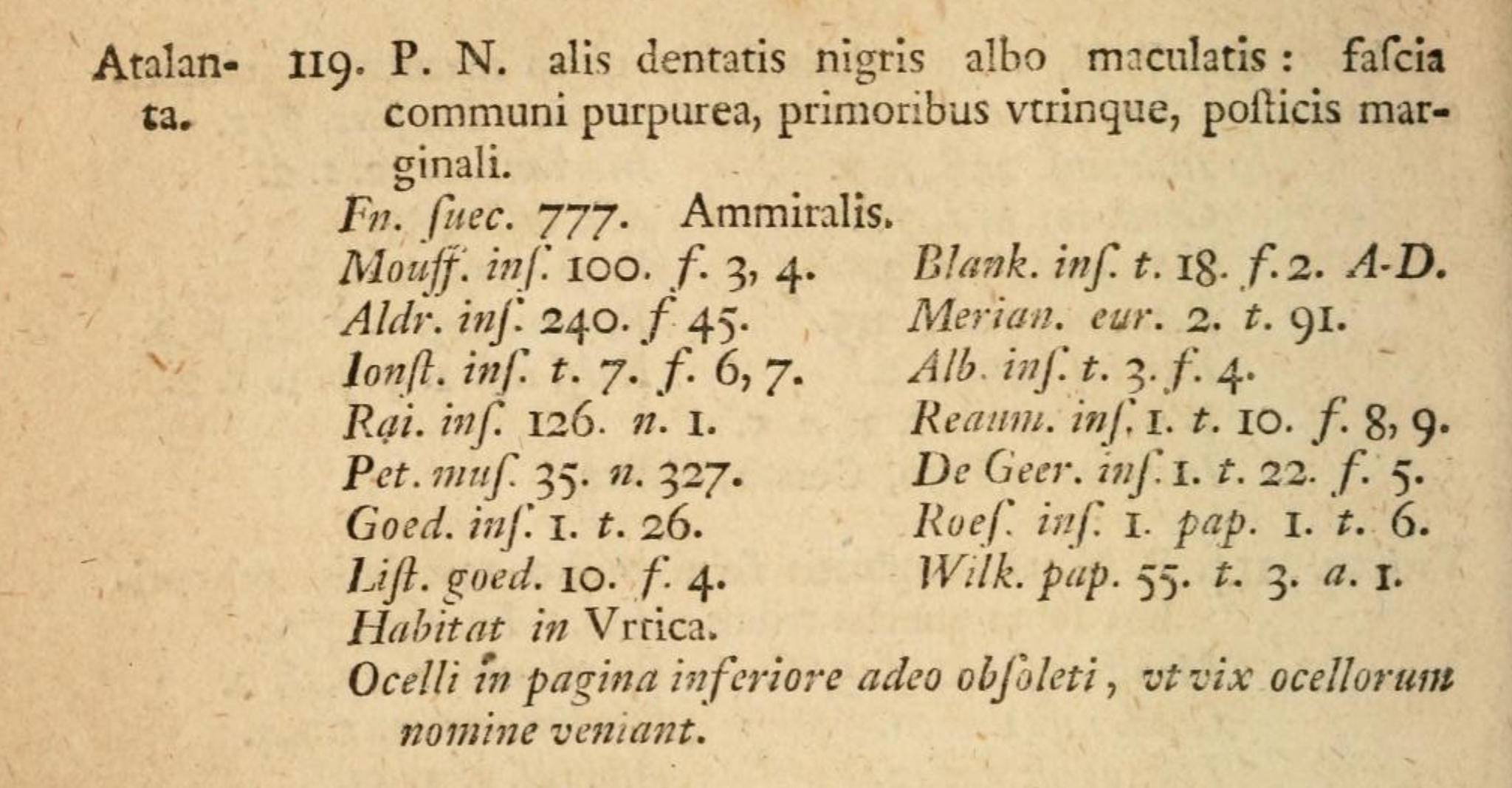 It’s also in Edward Donovan’s The natural history of British insects from 1799 which is a classic. Its full title is The natural history of British insects: explaining them in their several states, with the periods of their transformations, their food, œconomy, &c. together with the history of such minute insects as require investigation by the microscope: the whole illustrated by coloured figures, designed and executed from living specimens. The 18th Century was definitely the age for book titles it’s impossible to tweet.

Here’s his entry for the Red Admirable (not Admiral) butterfly: 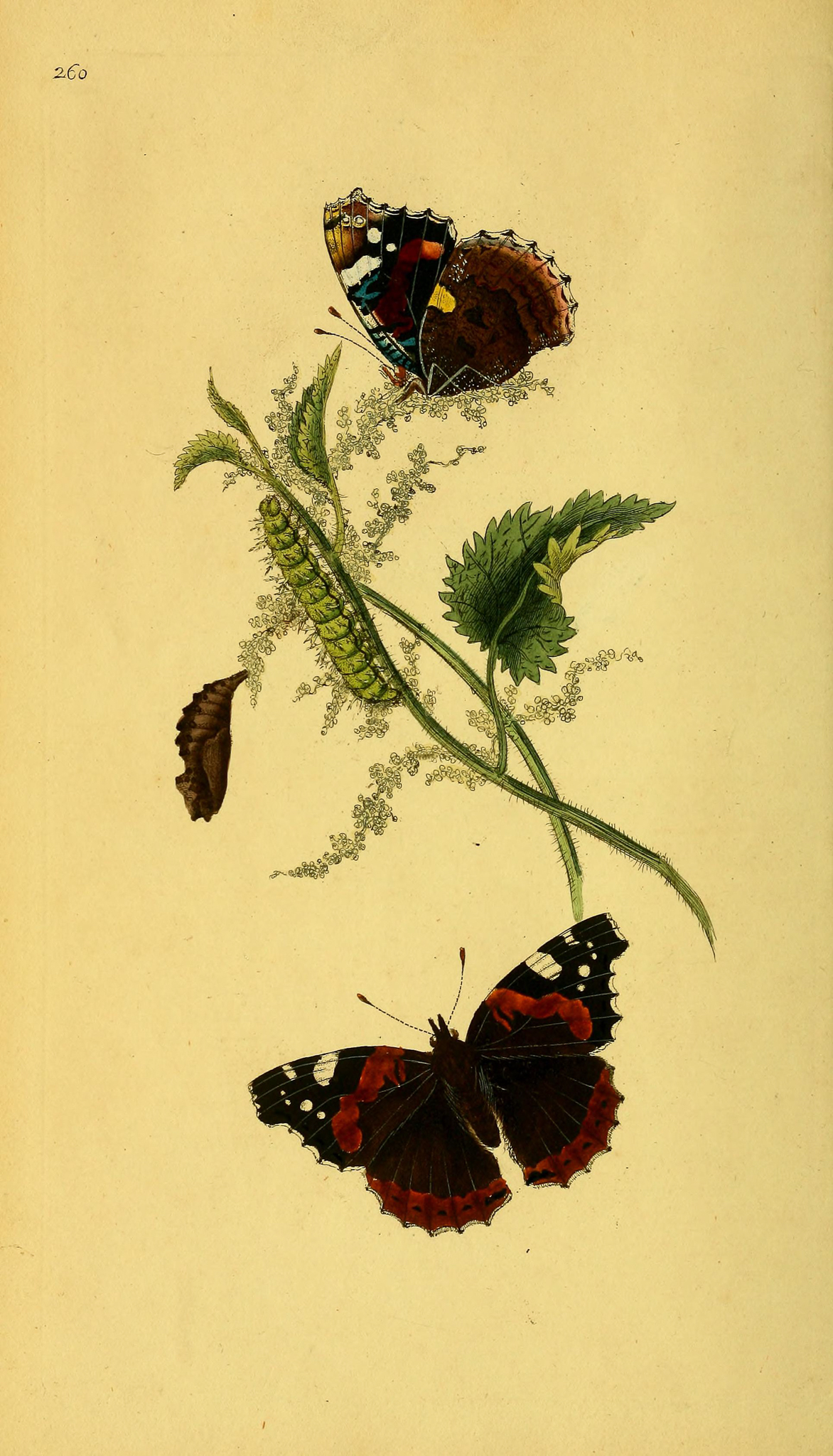 Wings dentated, black with white spots. A red stripe across the anterior wings and another across the posterior margin of the lower wings.

It’s also a butterfly I saw 40 years ago and noted in my nature notebooks:

Walking through the Devon countryside I spot one sunning itself. They are large butterflies with a big wing surface area. 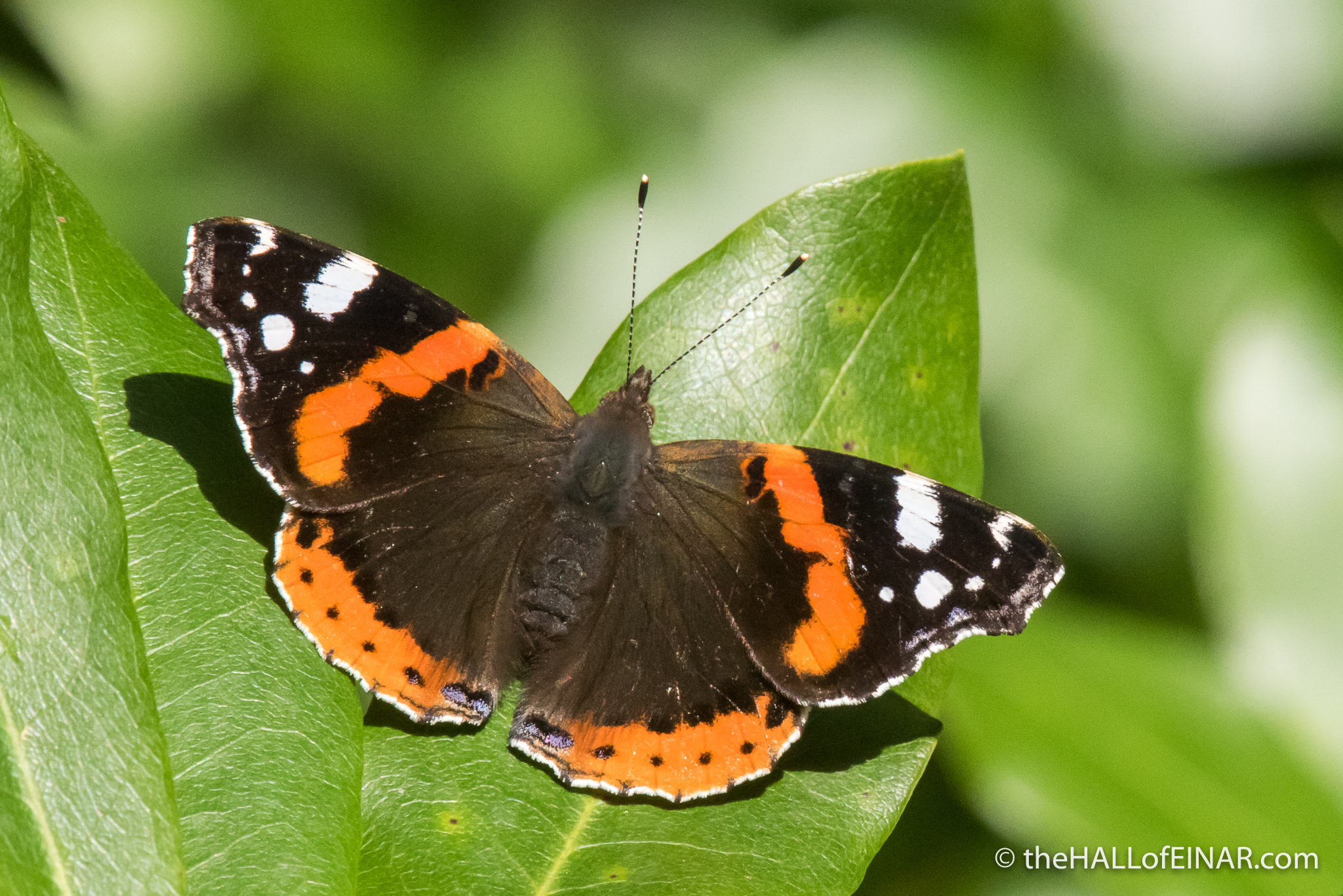