Think of what’s changed since the Ladybird Book of British Birds was published in its third edition in 1955:

We’ve been to the moon, we’ve entered the computer age, there’s been huge urbanisation, the human population has more than doubled and we’ve caused mass destruction of habitat and extinction of species. However, at least we don’t publish books encouraging children to look for birds’ nests now.

Here are the pages on The Swallow: 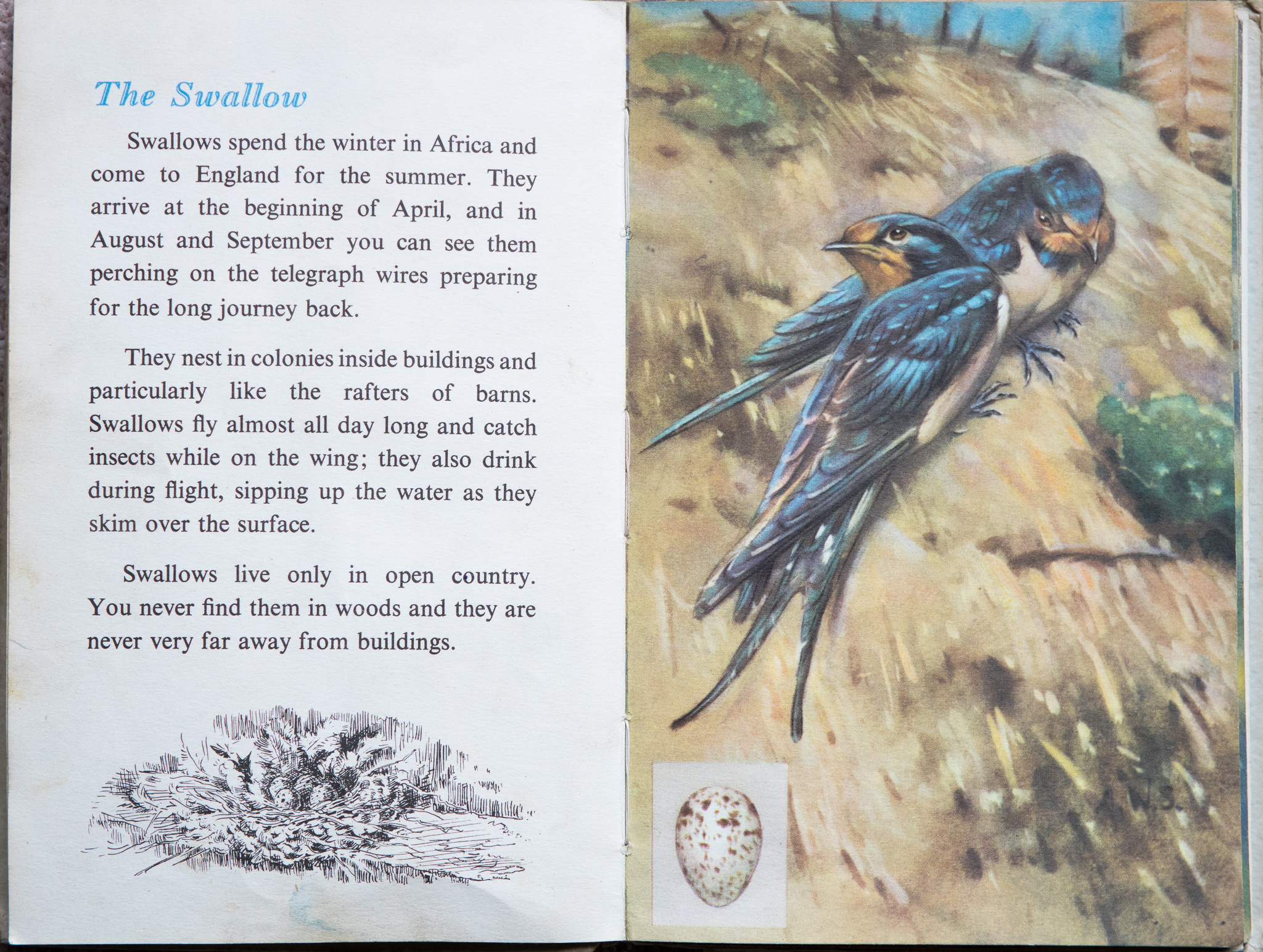 Allen Seaby’s illustration shows the iridescence of their plumage. The text says:

“..and in August and September you can see them perching on the telegraph wires preparing for the long journey back.”

In my case they perch on the pole which contains the electricity supply to my barn at Einar on the Orkney island of Westray. It’s a bit thicker than a telegraph wire and doesn’t move as much in the breeze:

I wonder what Swallows did before telegraph wires.

They nest in colonies inside buildings and particularly like the rafters of barns.

What did Barn Swallows do before barns? They must have been a very rare species indeed. 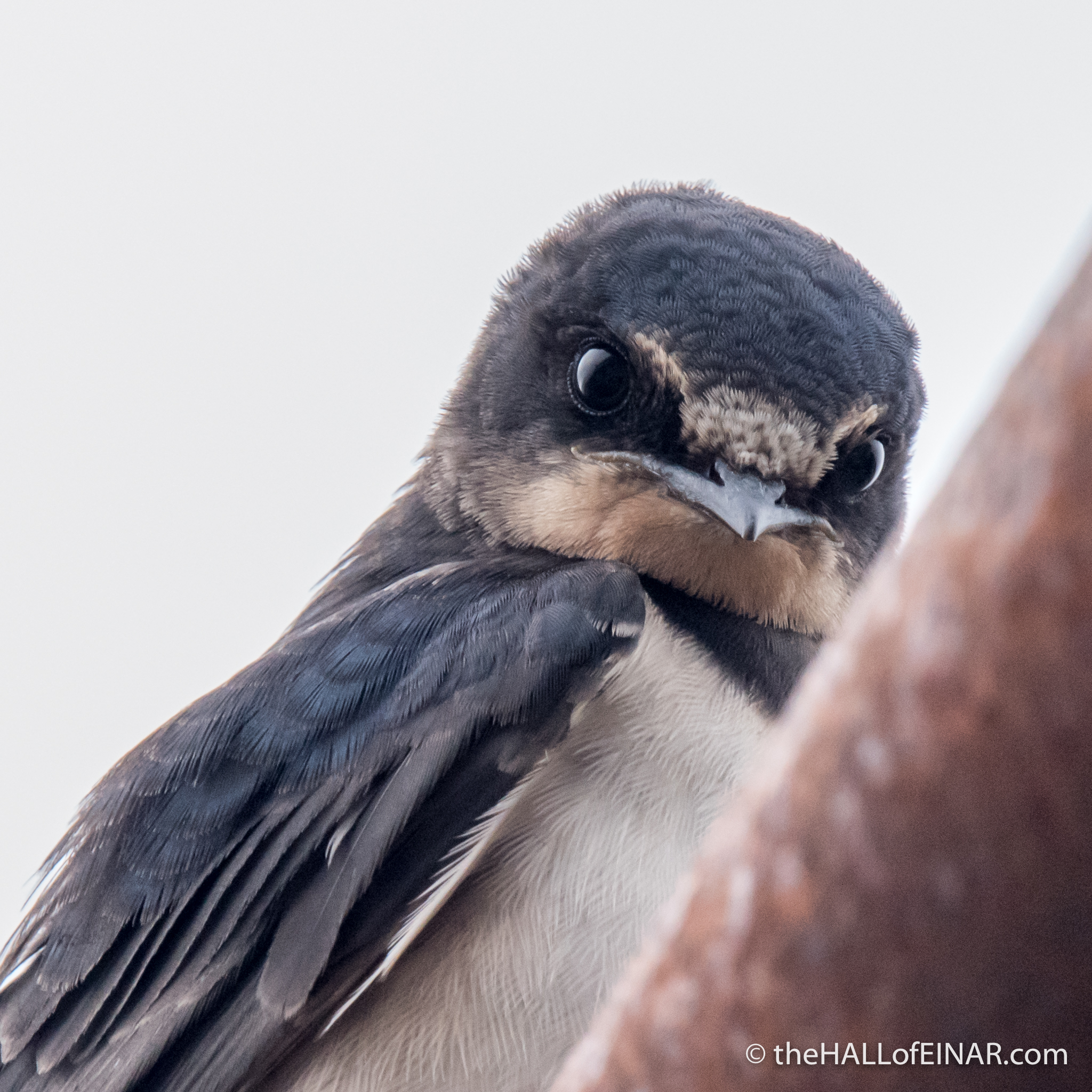 They certainly do. Here’s my first attempt at photographing Swallows in flight this summer: 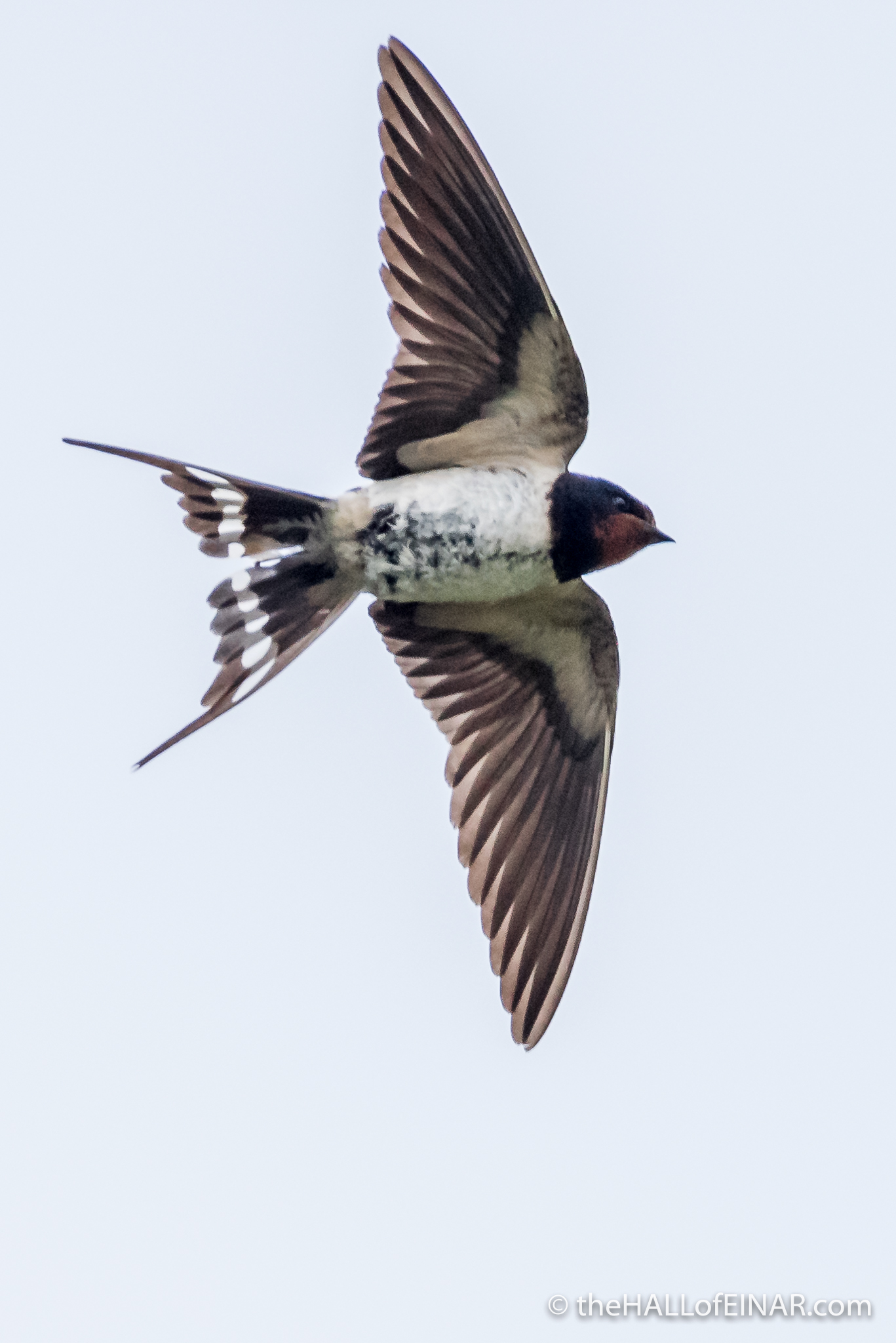 Like newly fledged Swallows learning to catch flies, I’ll get better with practice:

A Swallow’s life is determined by the weather. Their population usually varies from year to year because of this, yet there has been a trend; a decline in the European population. This means that, amazingly, even the Swallow is now on the Amber List of Species of Conservation Concern.

Why are they declining? Climate change is affecting them in their winter areas, along their migration routes and in their summer breeding areas. That’s everywhere and everywhen they live. The Sahara is expanding and becoming more hazardous for them to cross. There are also reduced numbers of nest sites (their full name is The Barn Swallow and there are fewer suitable barns) and there are reduced numbers of insects because of changes to farming practice.

Thankfully they are still doing well when in Orkney. All that these tiny birds have to do is get to Africa and then get back safely every year. National borders, cultures, languages and politics mean nothing to the whole of the rest of life on Earth, despite our obsession with them.

Swallows are compelled to start their annual migration by the changing length of the day. Orkney poet Edwin Muir summed up their departure so well in his poem The Late Swallow:

‘Why should you cling
Still to the swiftly ageing narrowing day?’

The Late Swallow – a poem by Edwin Muir

I hope they will be back next year. 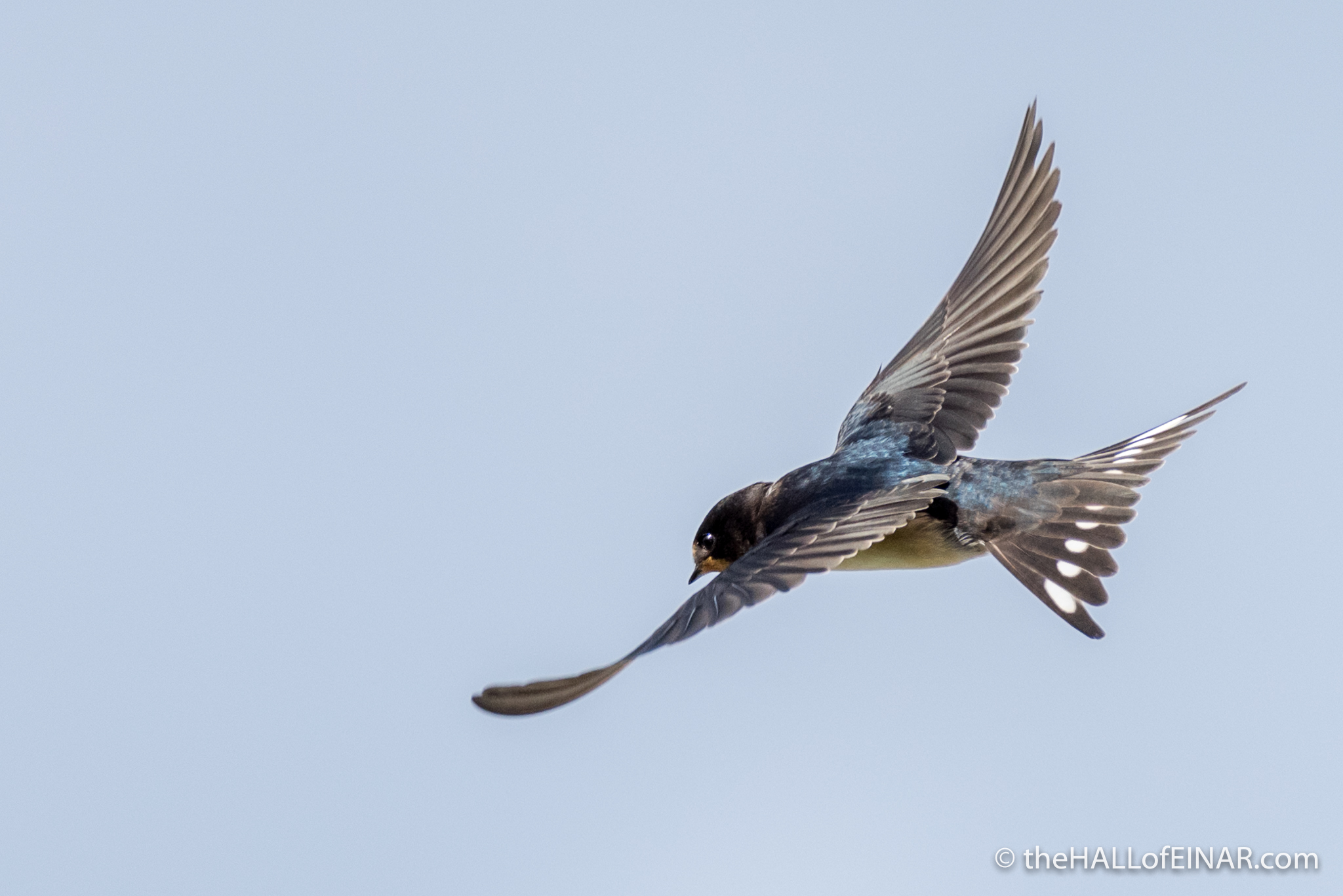