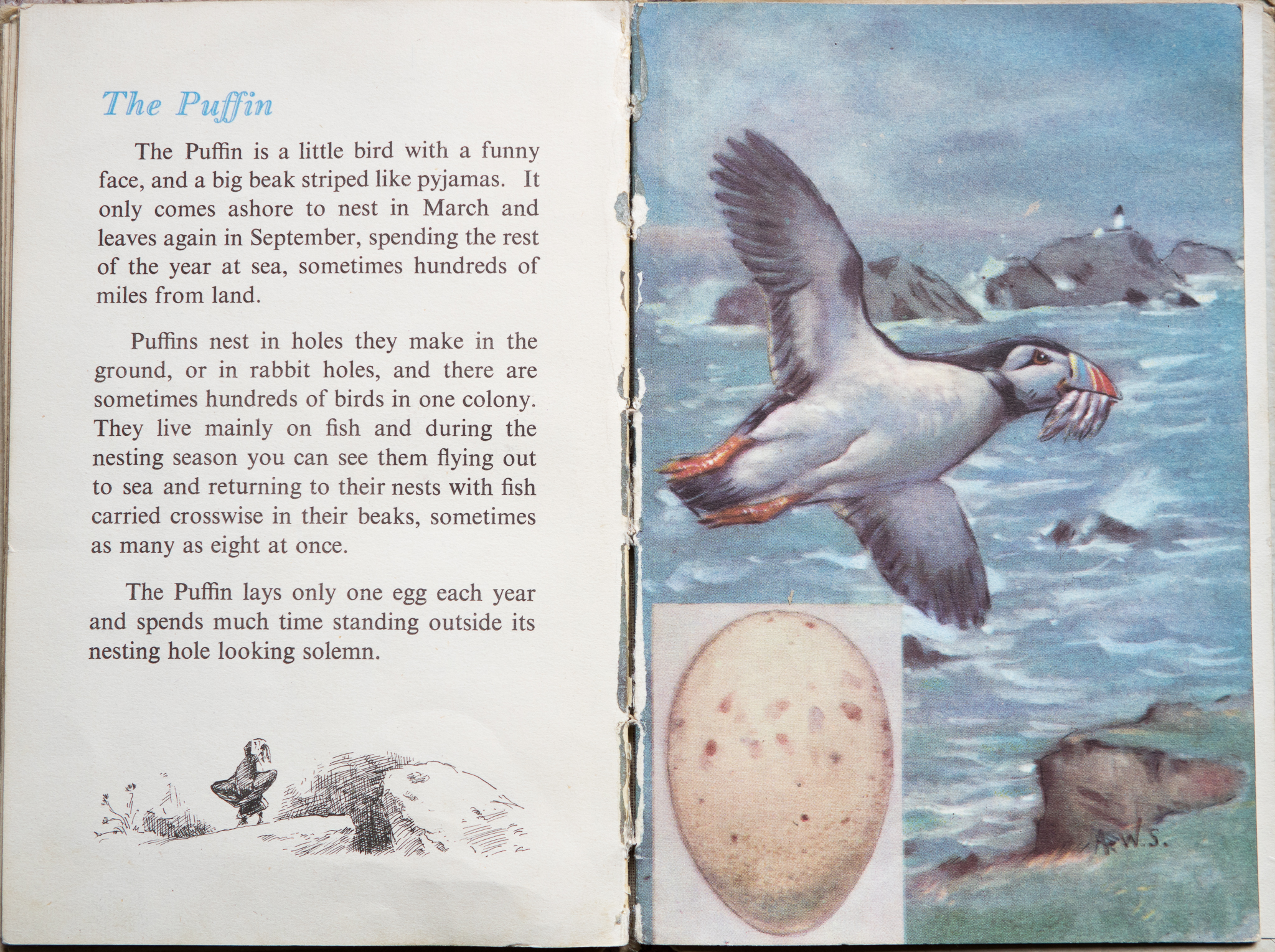 The Second Ladybird Book of British Birds and their nests says:

The Puffin is a little bird with a funny face, and a big beak striped like pyjamas. 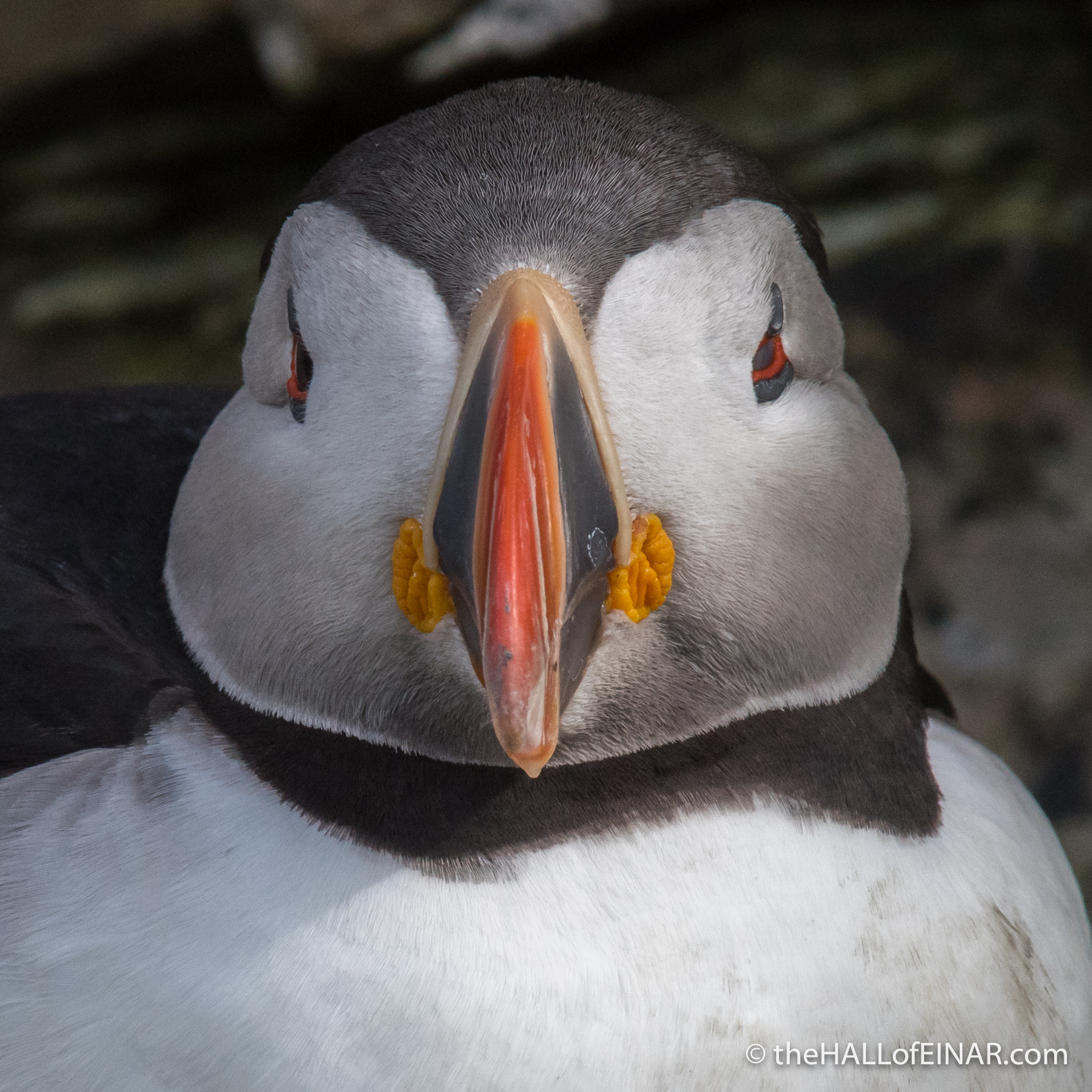 It only comes ashore to nest in March and leaves again in September, spending the rest of the year at sea, sometimes hundreds of miles from land.

They live mainly on fish and during the nesting season you can see them flying out to sea and returning to their nests with fish carried crossways in their beaks, sometimes as many as eight at once. 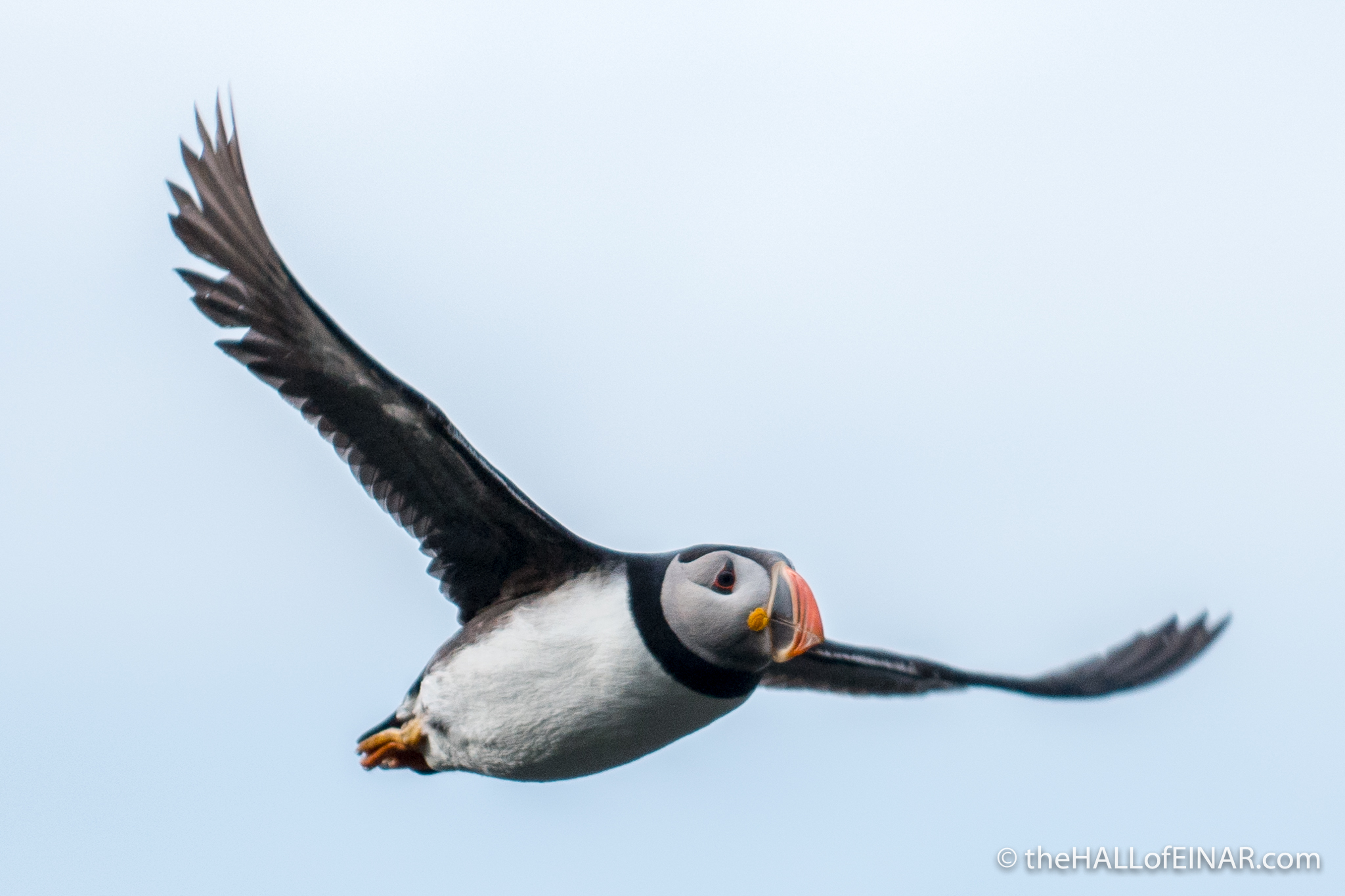 There are Puffins in their hundreds at the Castle o’ Burrian on Westray.

They are critically endangered and ‘Red-listed’.

Puffins on the rocks

They are at risk of global extinction because of man-made marine pollution and man-made climate change.

The Puffin lays only one egg each year and spends much time standing outside it nesting hole looking solemn.

Here, then, is a solemn Puffin: 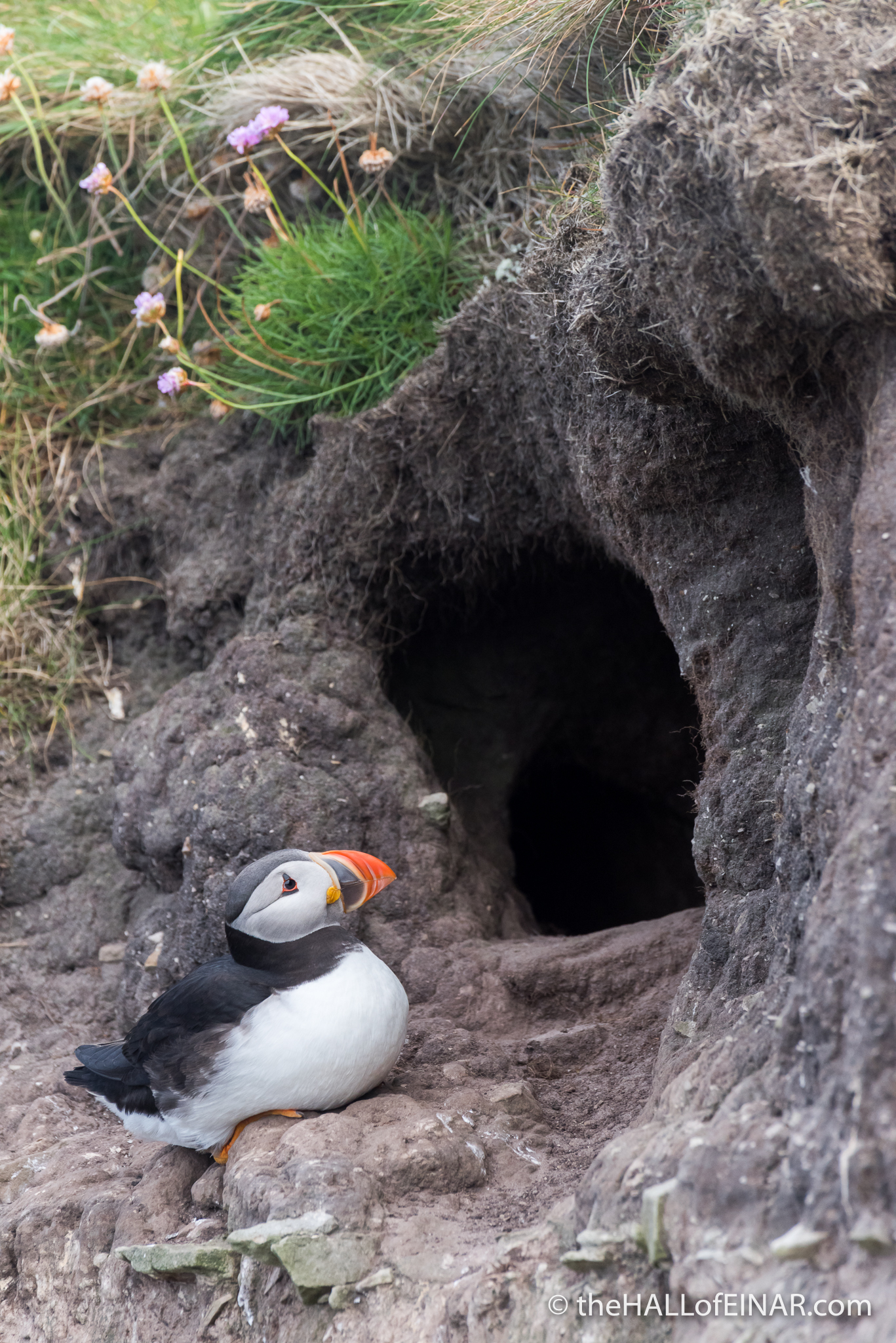 Humans have given them much to be solemn about.