At the very north of Westray the coast is exposed. In the far distance I can see a falcon. It’s so far away I can’t tell what it is. Unfortunately the distance is no object to it reacting to me as if I’m a threat and it flits off even further away on swept-back wings. I lift my camera and take a single photograph. 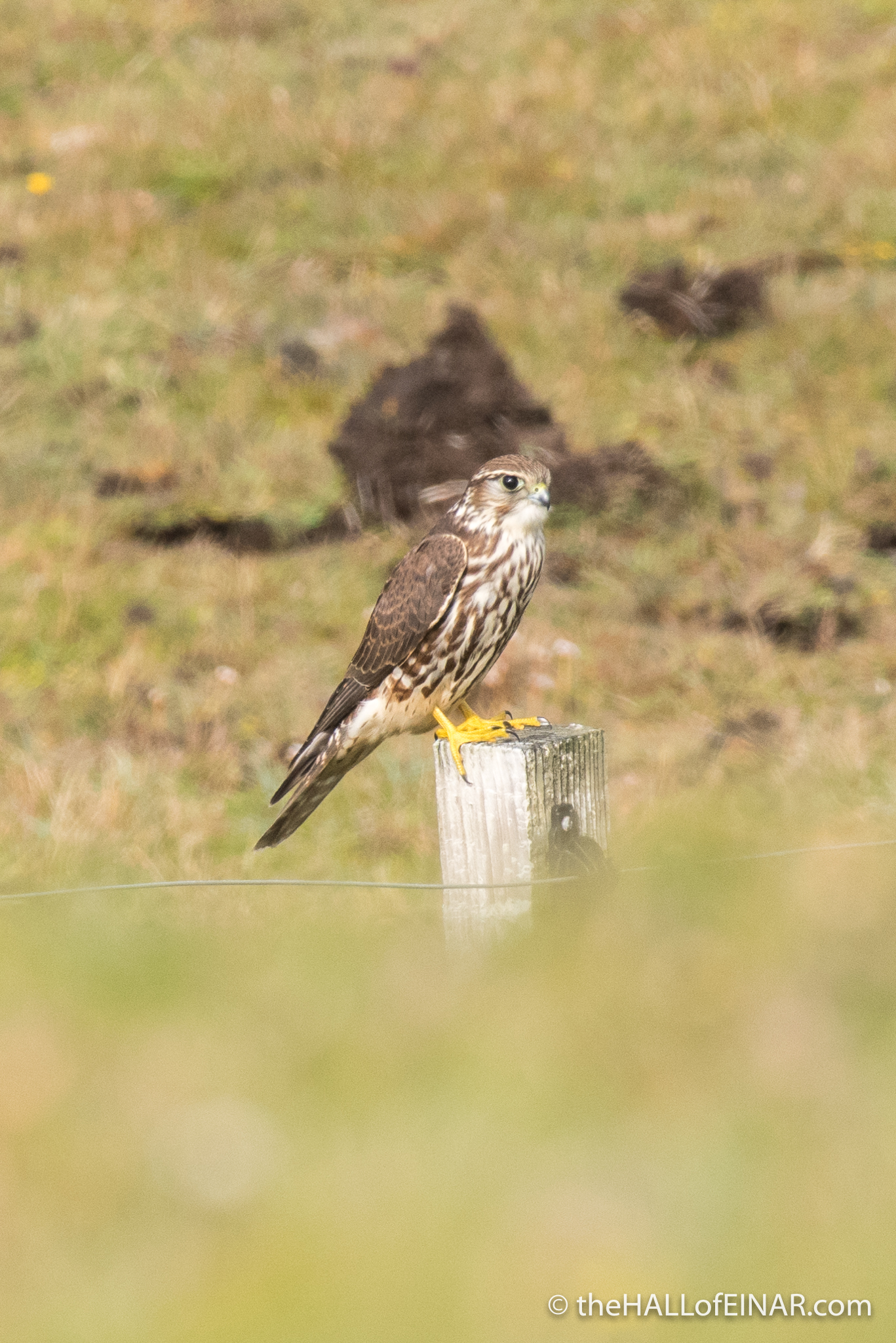 Then it flies off. It’s only when I look at the back of my camera that I can see it more clearly and it’s only later in the day that I manage to identify it. It’s a Merlin, Falco columbarius. I’m struck by how large its feet are compared with its body size. It must be an adaptation to catching and eating small birds. They are also amazingly bright yellow.

The RSPB say: “The UK breeding population is at the south-west extremity of the merlin’s European range, and is thinly scattered across upland moorland from south-west England north to Shetland. In winter birds leave upland areas and come down to inland lowland and coastal areas. They can be seen in almost any open country but are often found near coasts. They can be found at roosts in reedbeds, bogs and on heaths, often with hen harriers.”

I’m left in a state of raptor rapture.

4 Responses to "The magic of a Merlin"