Walking along the sea cliffs towards Stanger Head and the edges are covered in Sea Campion Silene uniflora: 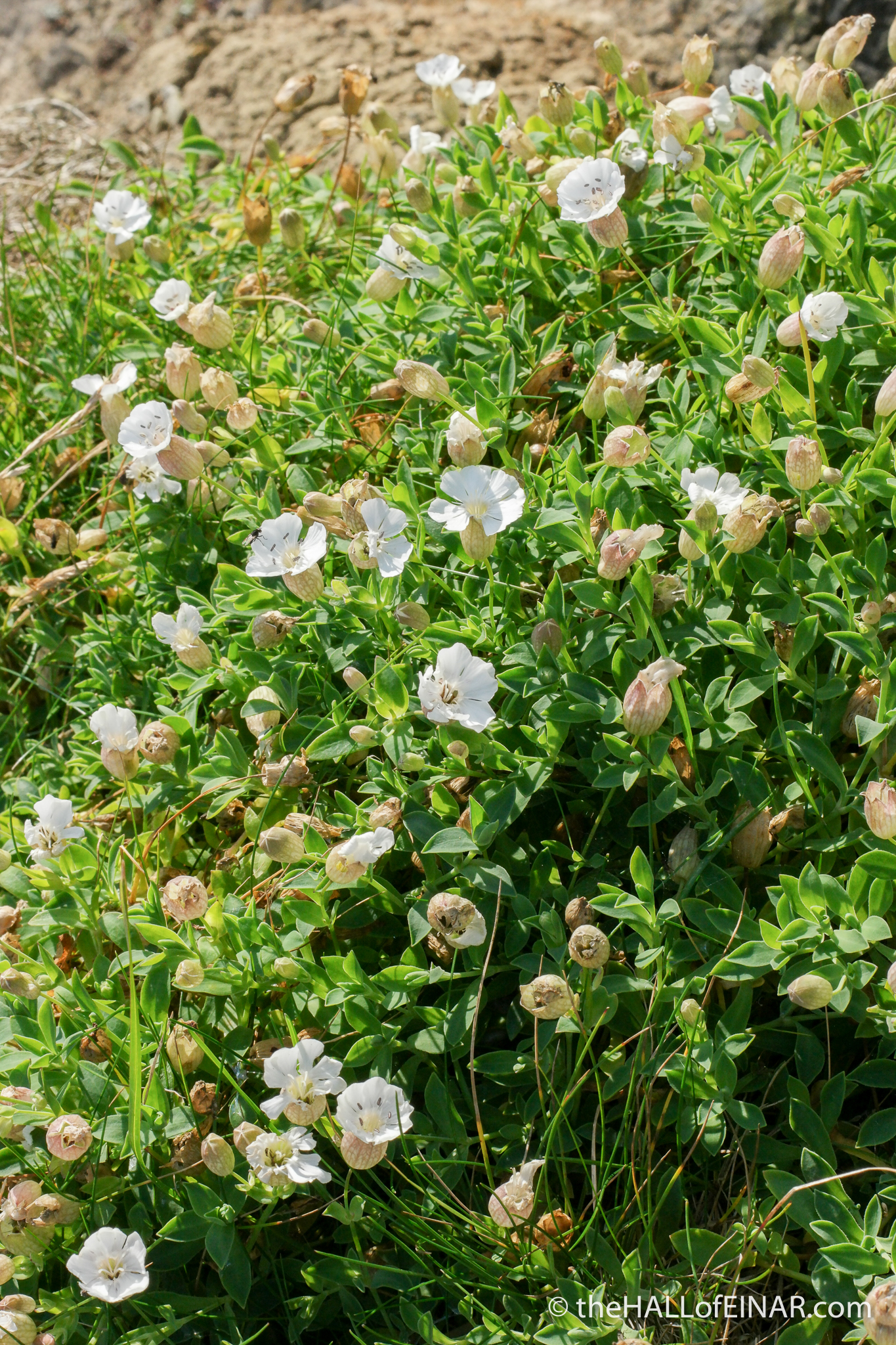 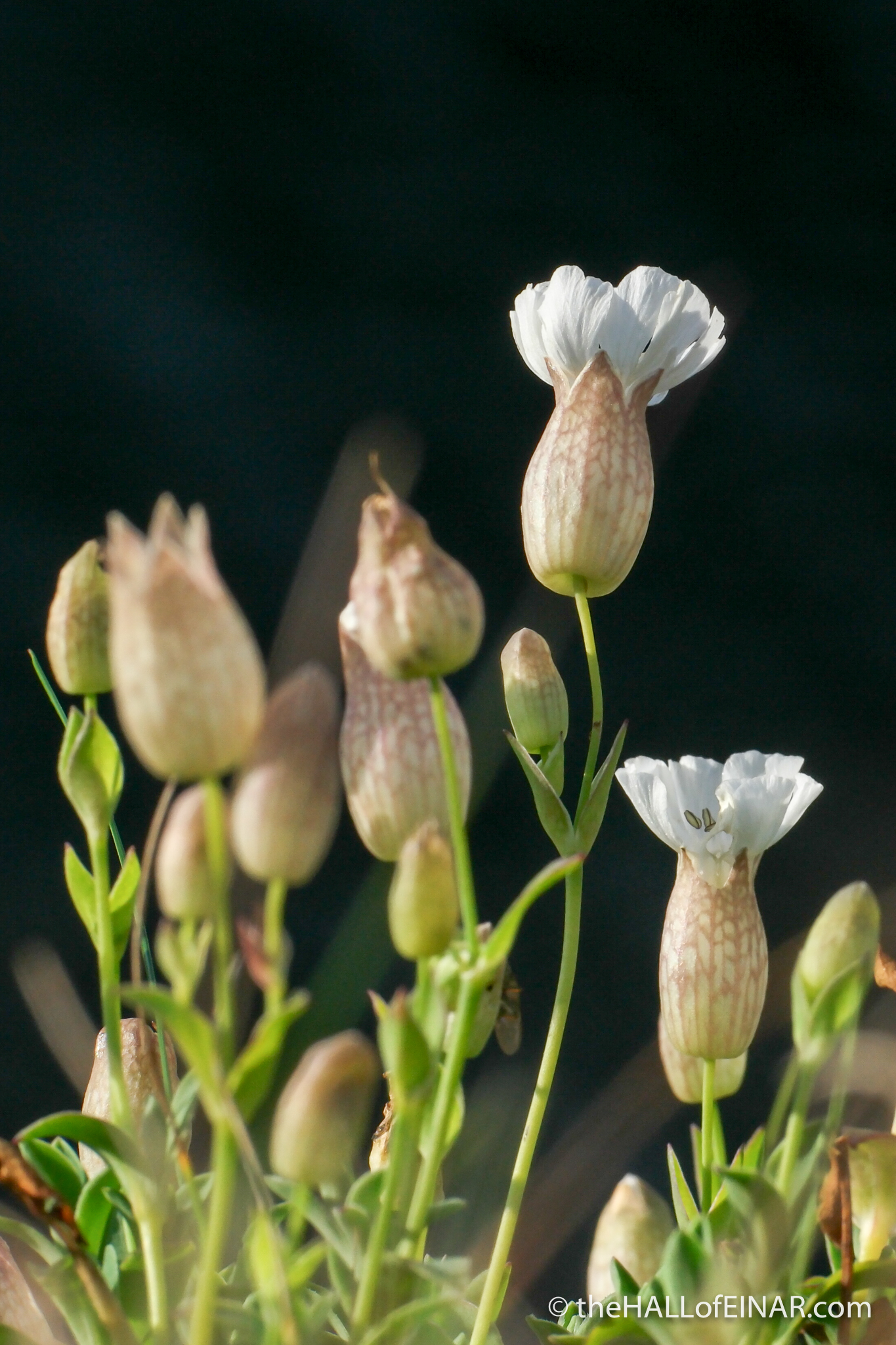 It’s related to the Carnation: 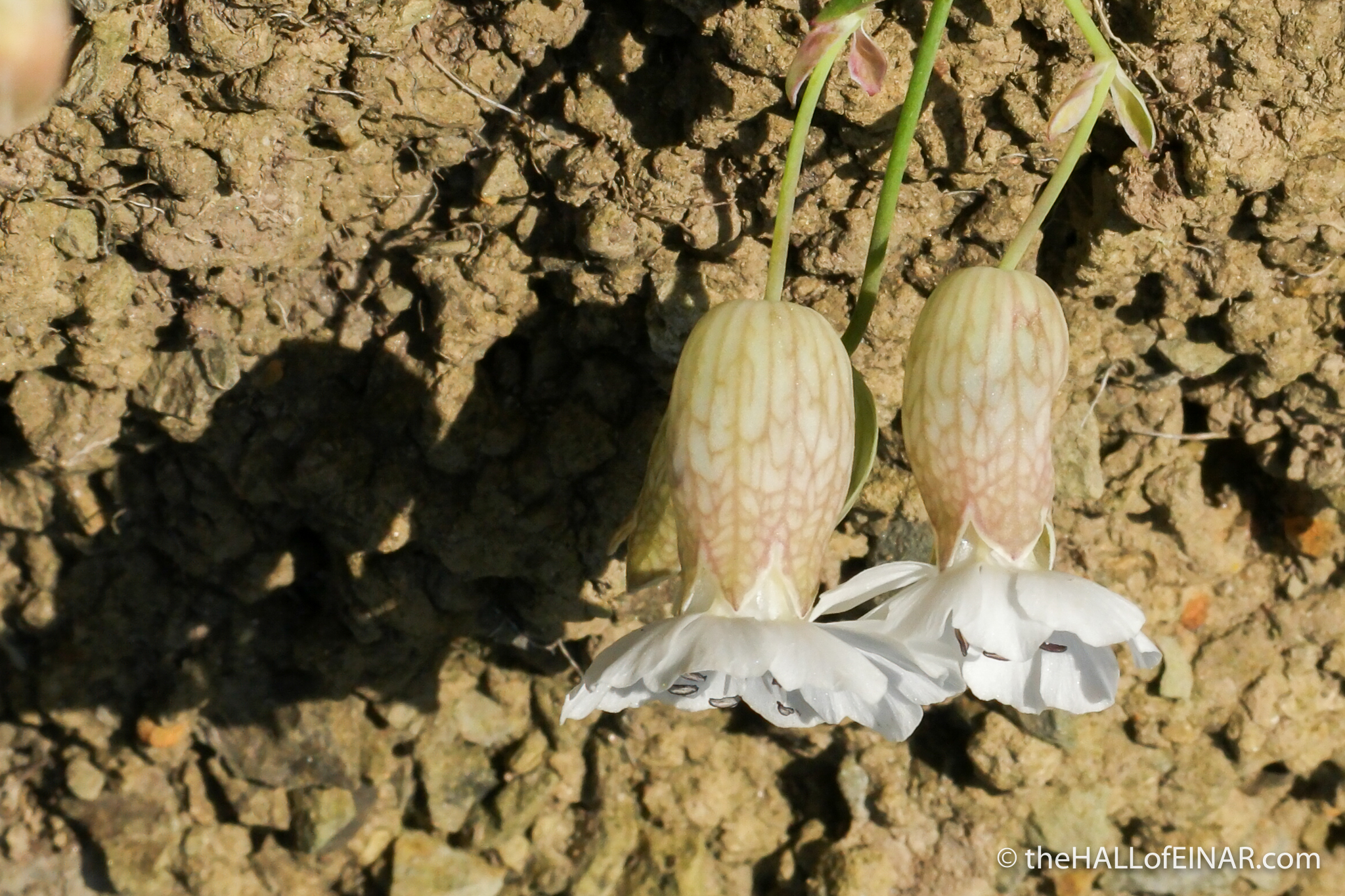 It’s meant to be unlucky to pick, but like many superstitions that’s nonsense; unless you fall off the cliff picking it, of course.

Further down the cliffs are clumps of Sea Mayweed Tripleurospermum maritimum: 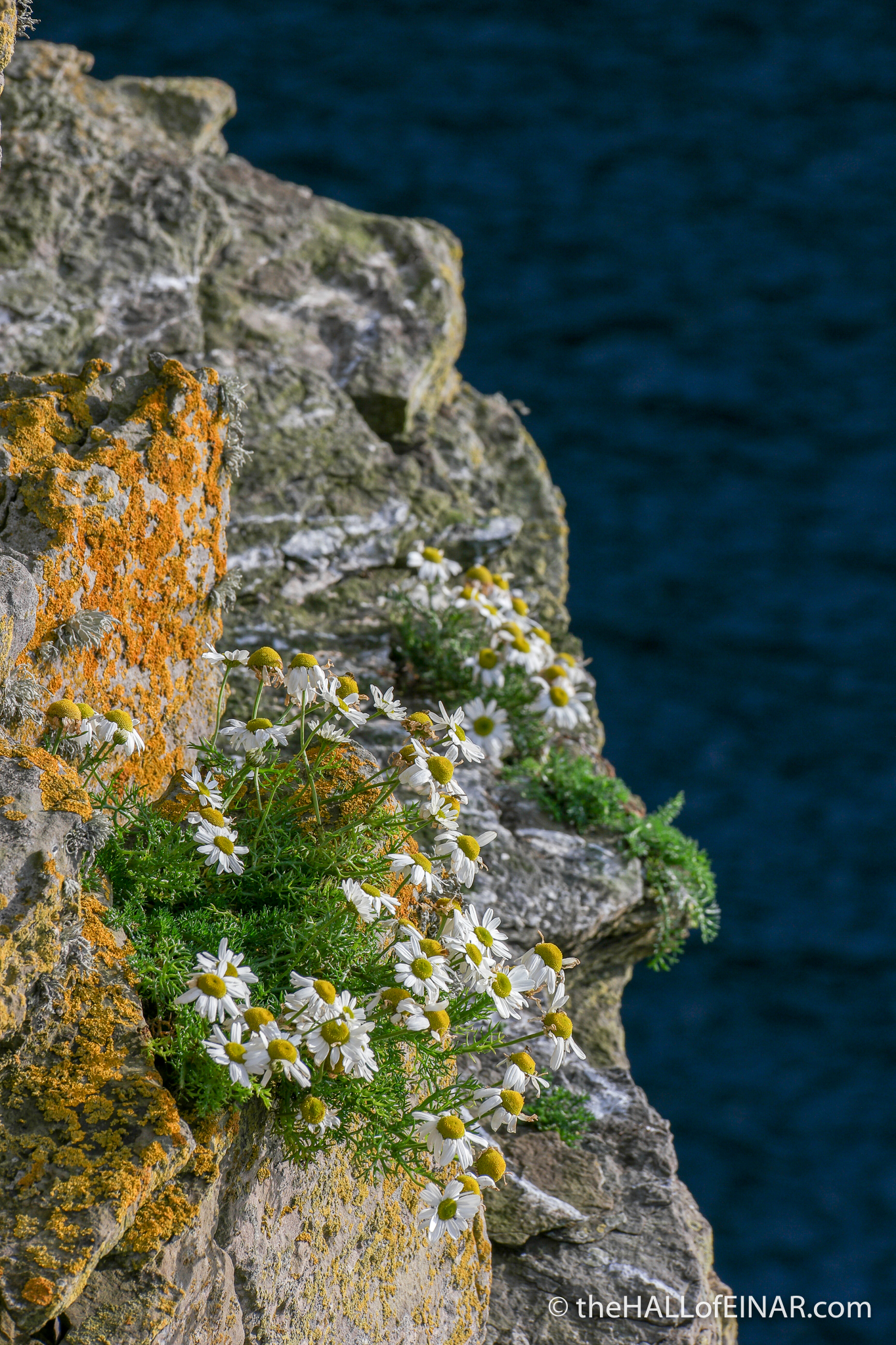 Its ability to cling on is remarkable: 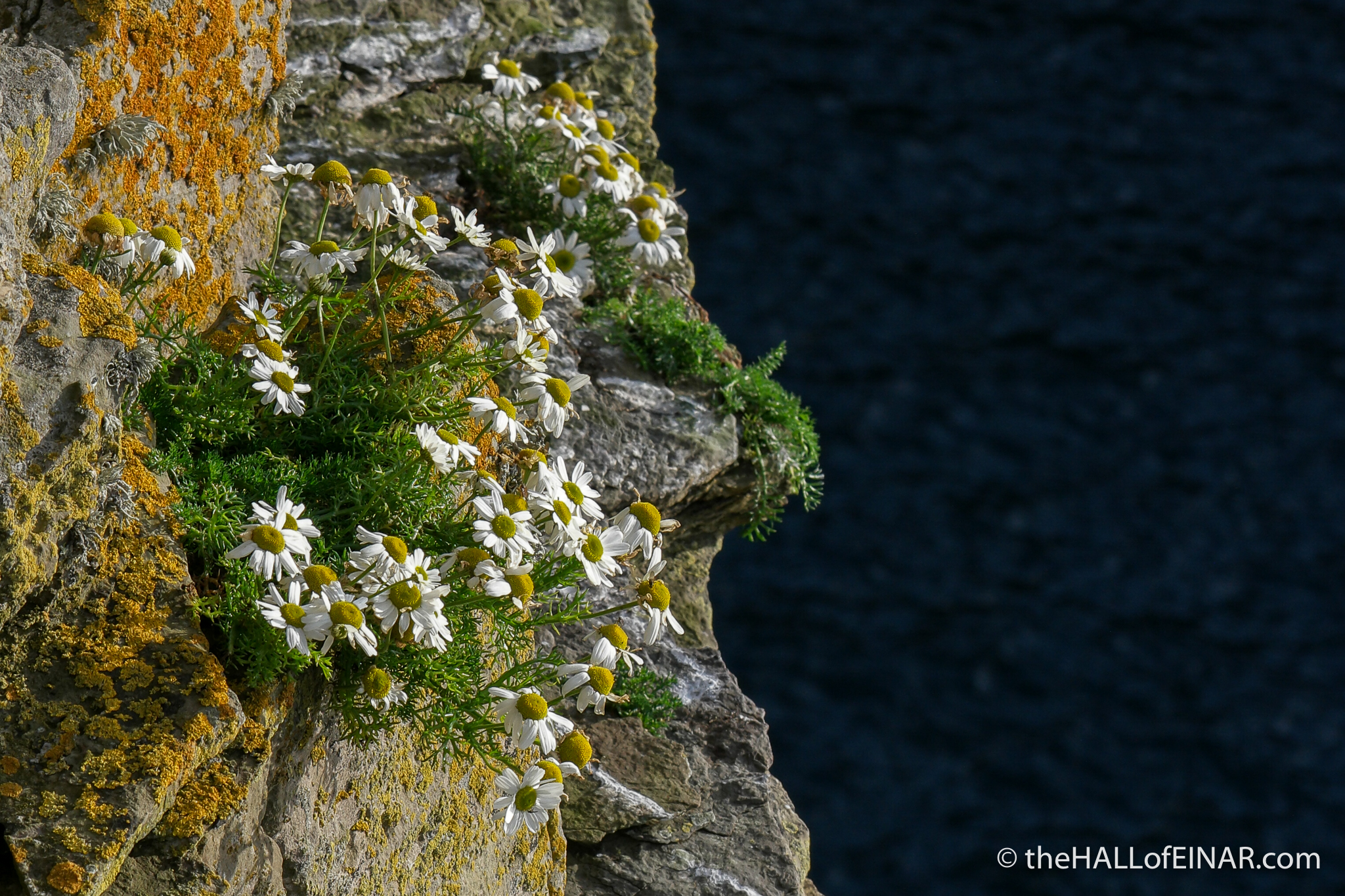 It’s meant to have a feint Chamomile-like scent, but I won’t be clambering down the cliffs to try it: 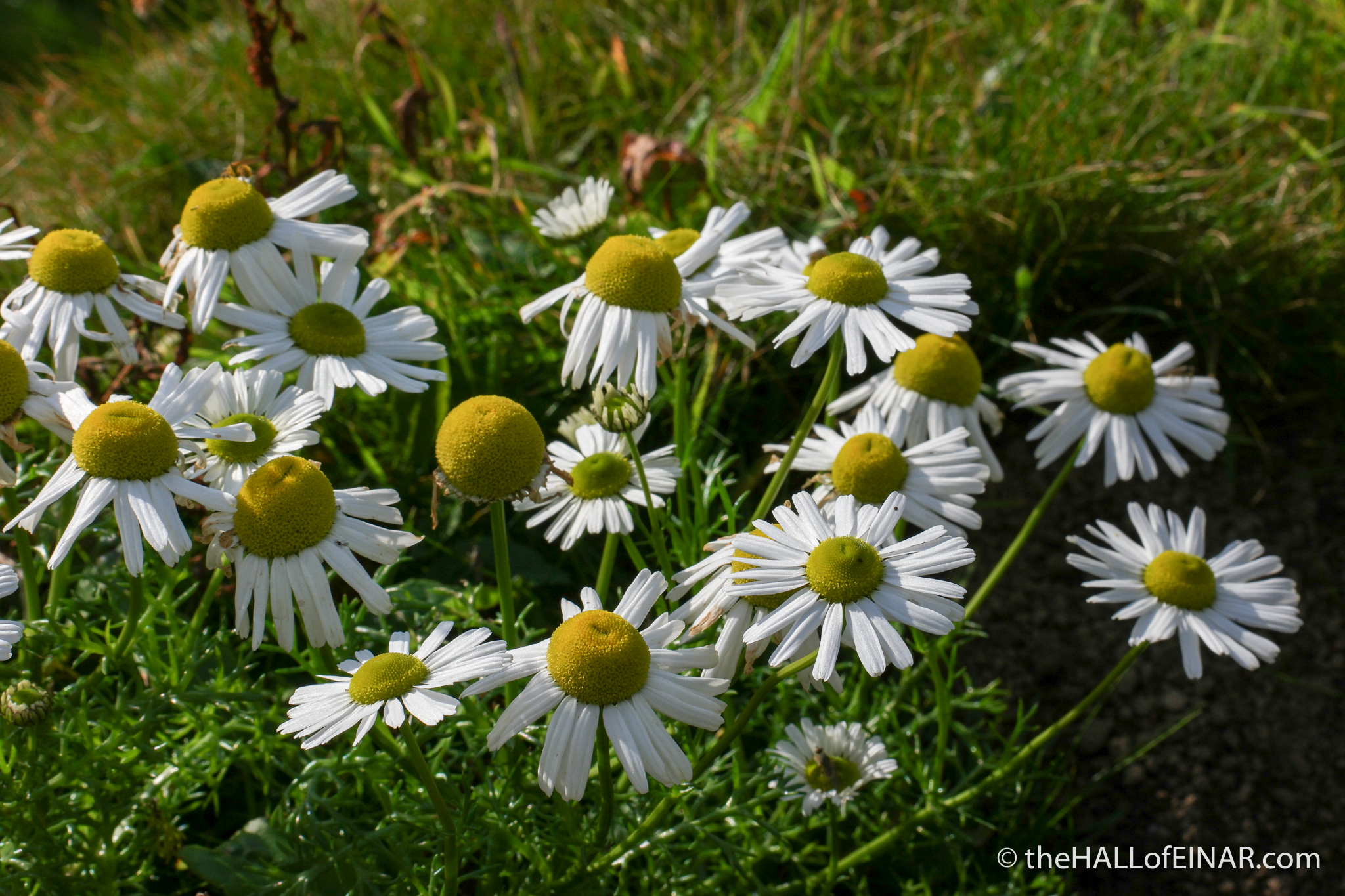 There are also soft cushions of Sea Pinks or Thrift, Armeria maritima: 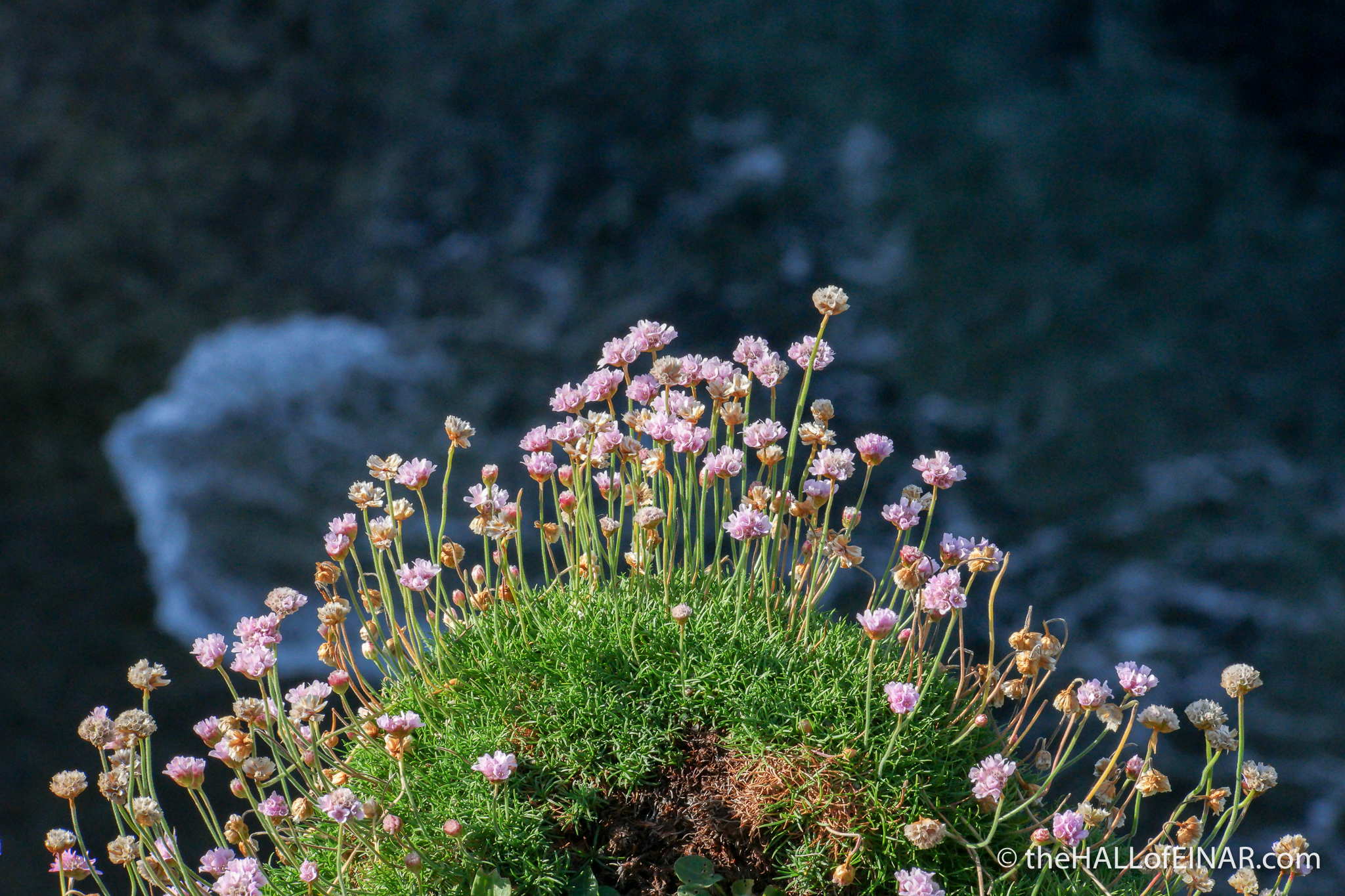 I’m only just old enough to remember coins pre-decimalisation and Thrift was one of the images on the back of a thre’penny bit (a three pence piece): 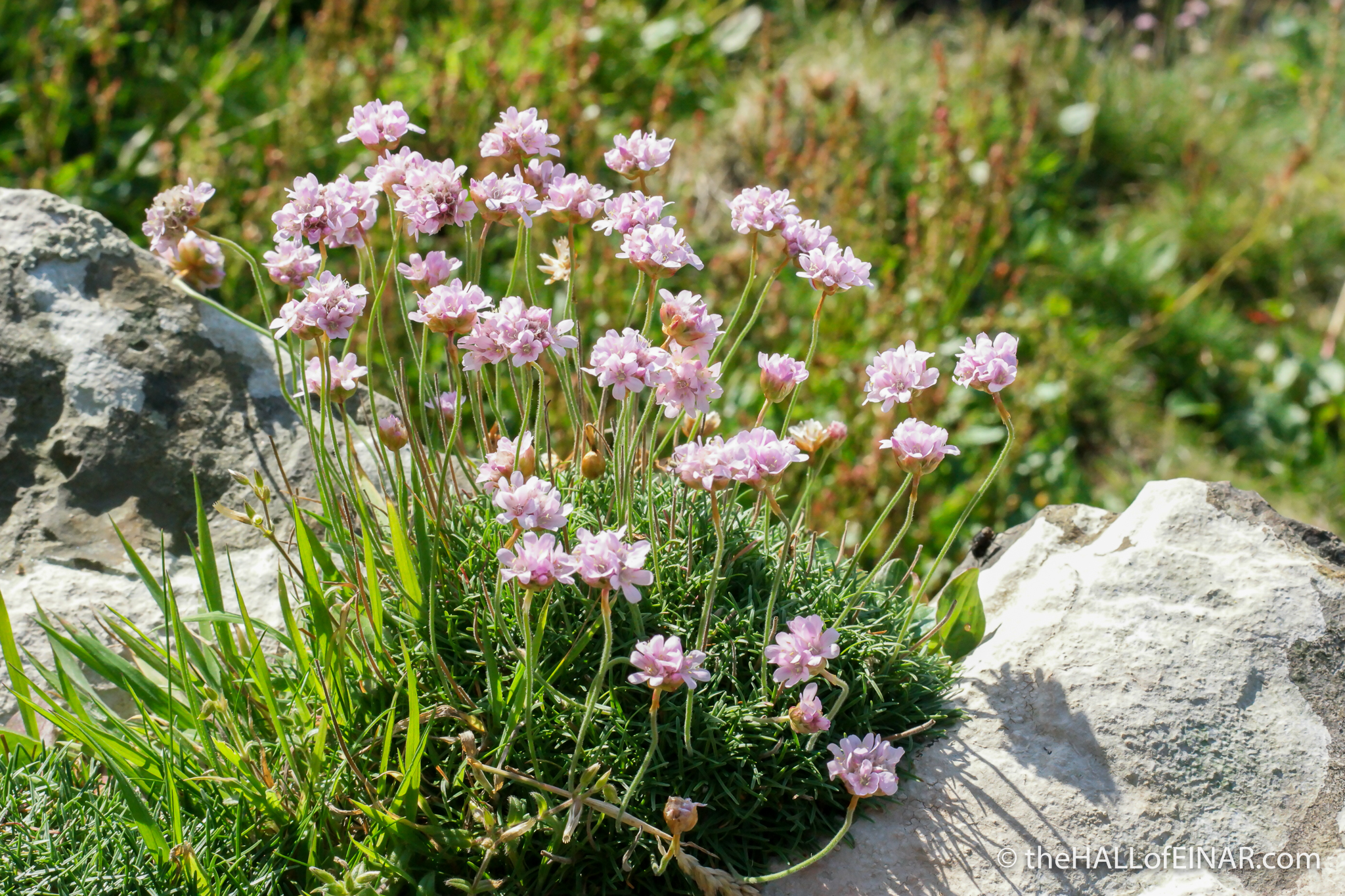 It’s a glorious evening to be out:

After Sea Campion, Sea Mayweed and Sea Pinks I almost expect the Angelica to be Sea Angelica, but it isn’t. 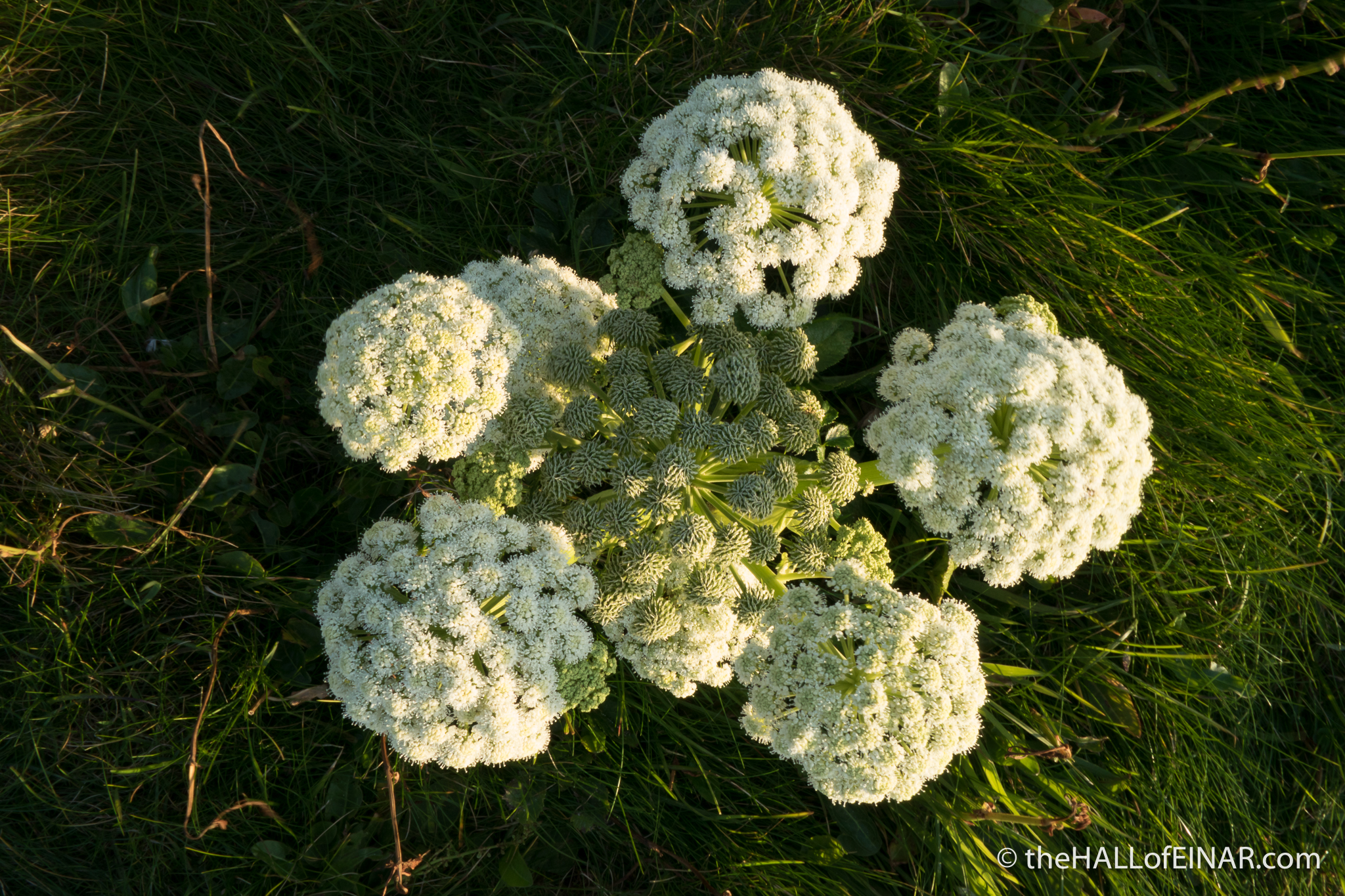 It’s only when we turn for home we see what an amazing evening it really is: 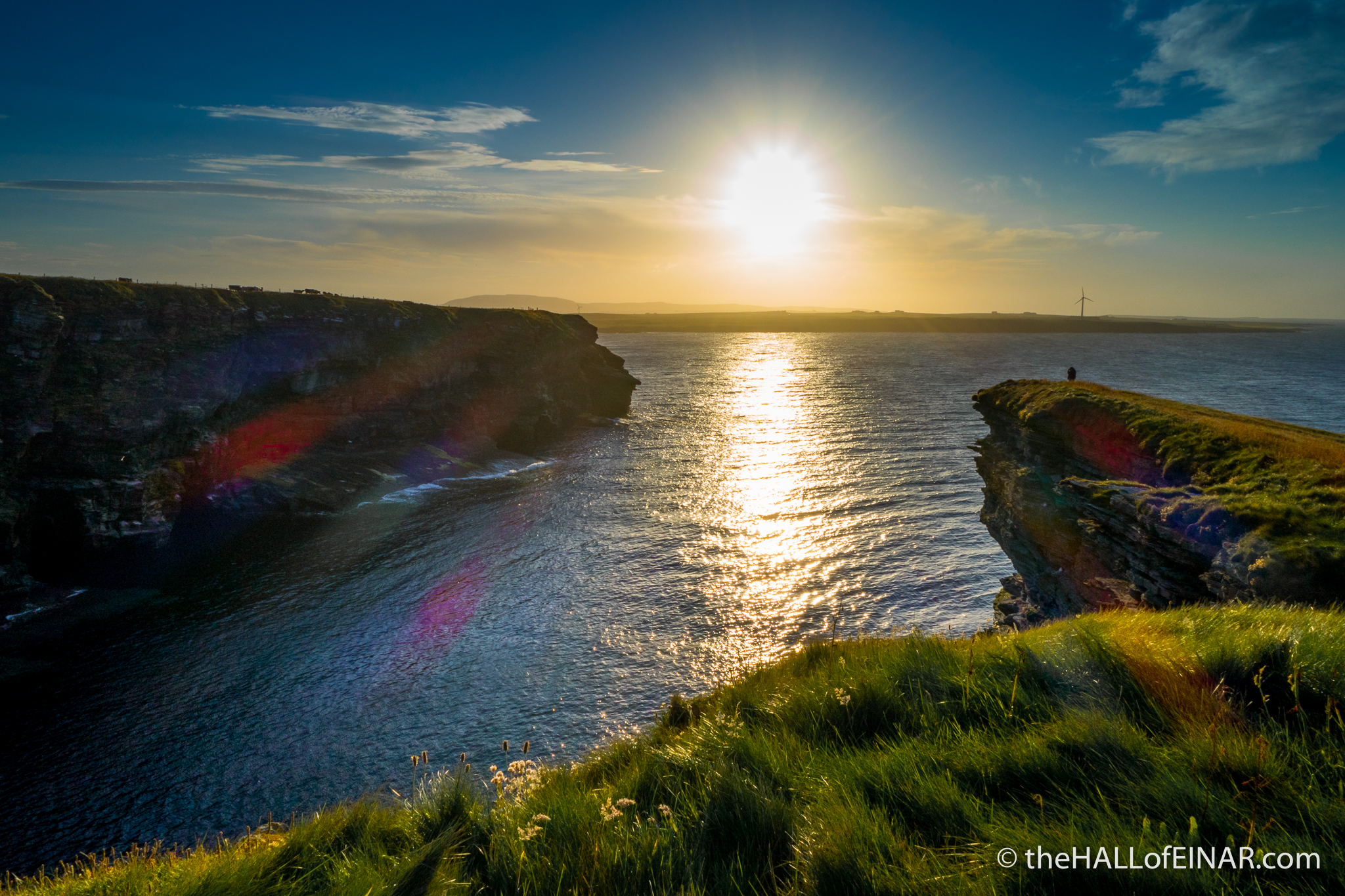 We head for home as the Earth turns to night.