I’m surrounded by lugs, skiffs and yoles. There are even bugs and centre-board allcomers. I’m at the Westray Regatta. I recognise what a yacht is, and I can even point out a Westray Skiff, but the rest are a mystery to me. 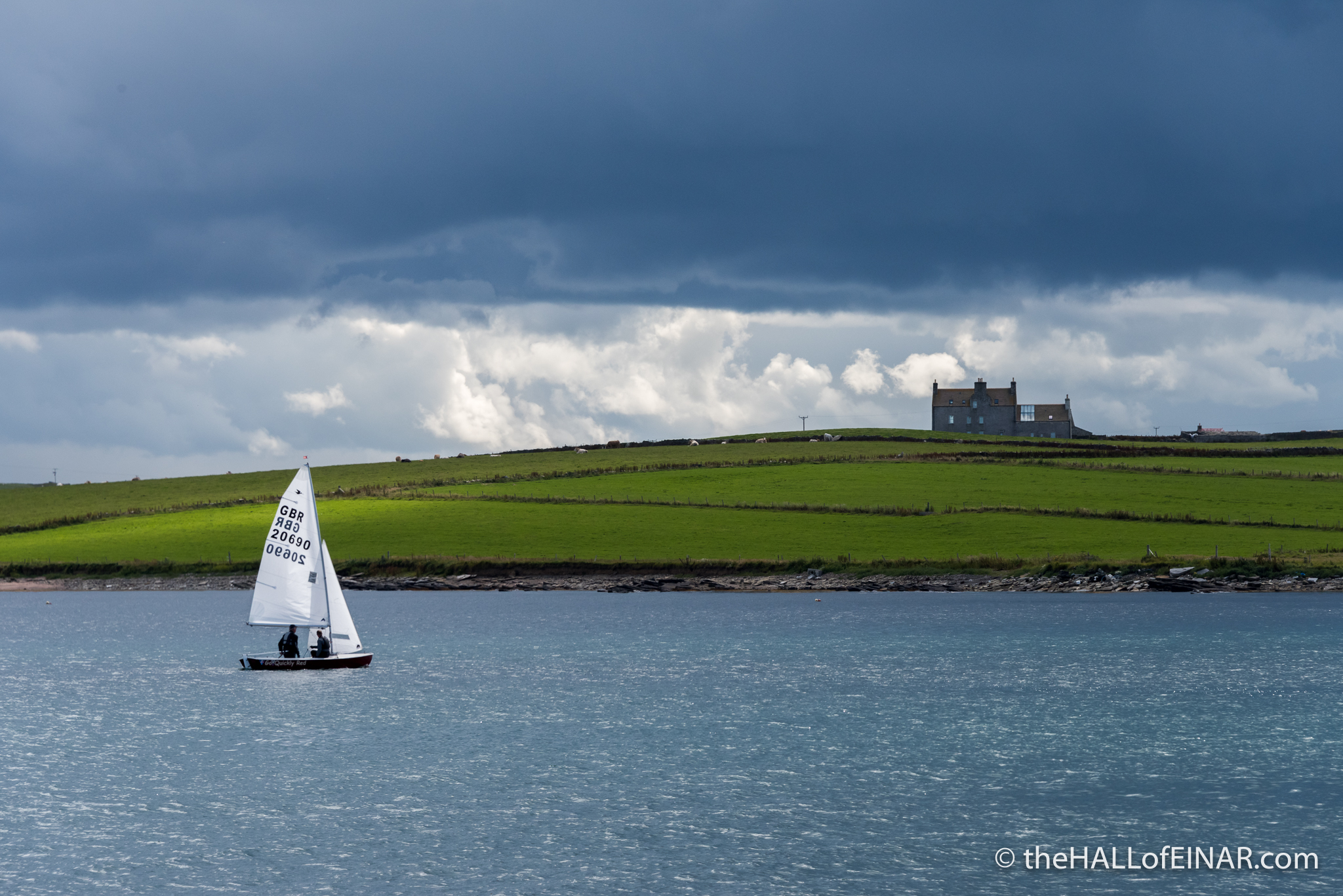 It’s a beautiful day for it, with dramatic skies above Brough.

I’m helped to understand what’s happening by the Harbour Master who seems to use words like boom-arm and bilges as if they are part of everyday English.

If I ever sail I want to be this man: 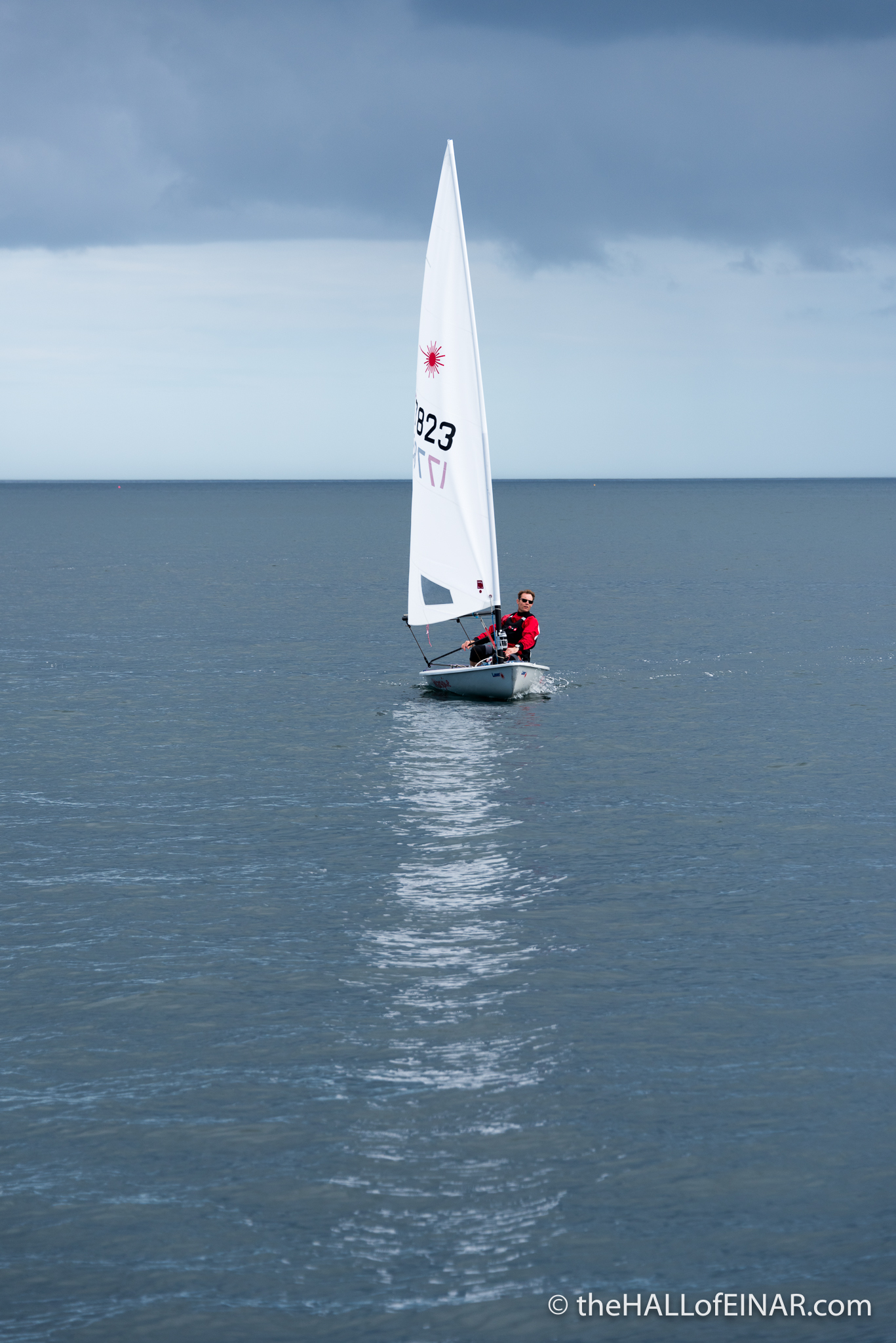 If there was a prize for extreme tacking before the starting line he would win it every time. There’s obviously a real skill in being able to turn on a sixpence in the water.

I was told before the event, “Nobody seems to know what’s happening and the same person seems to win everything.” That doesn’t seem to ring true as the starting pistol deafens everyone within earshot (literally earshot) exactly on time. You also can’t be in a yacht, a yole, a skiff or a bug at the same time. The whole thing seems incredibly well organised.

Some of the boats are immaculately kept. Others seem to have only been taken out of the garage yesterday, not having been used since last year. 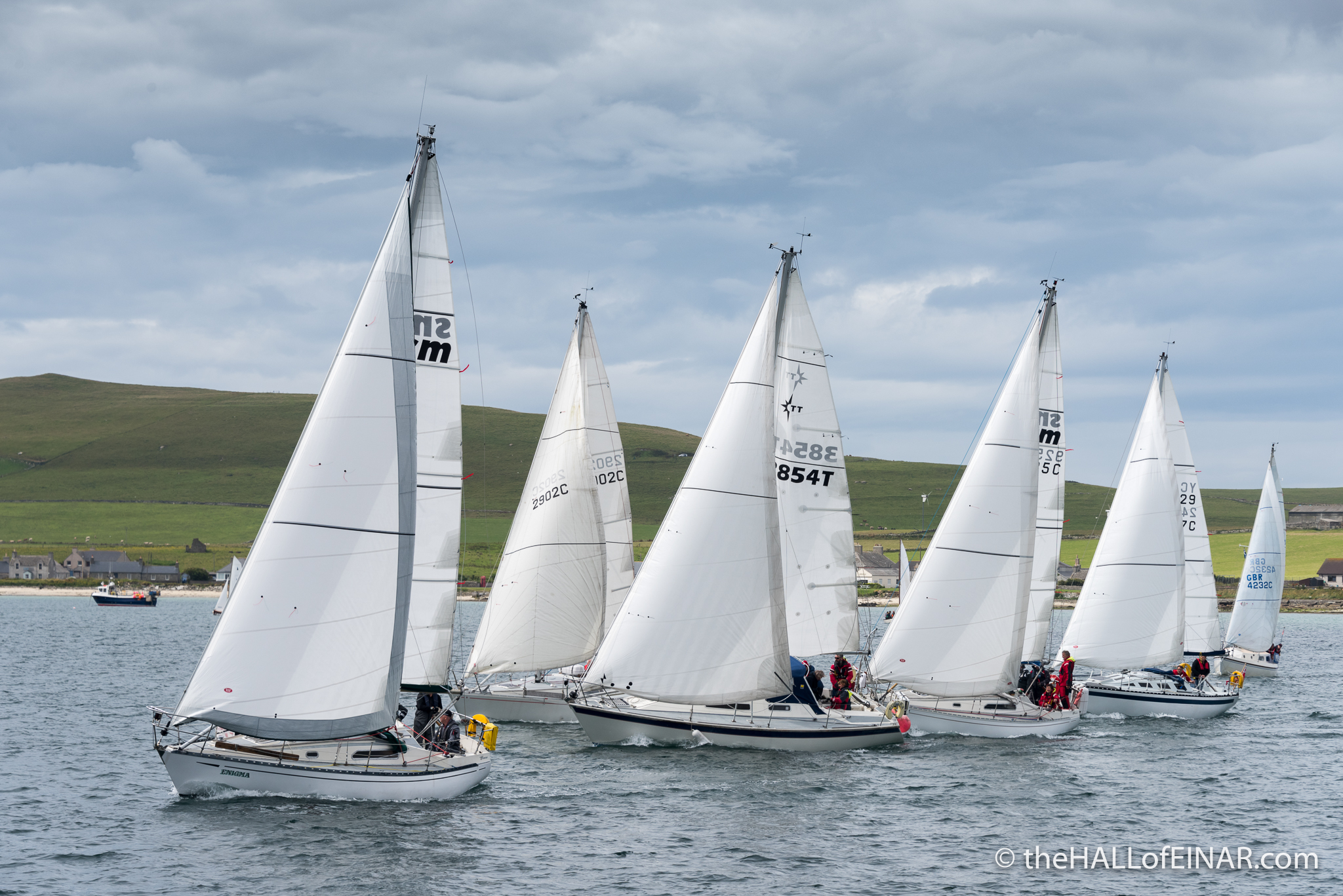 The sailing is fabulous. I particularly enjoyed one contestant who turned his craft to sail directly along the starting line so as to not stray across it and who turned immediately the gun was fired leaving everyone else in his, well, in his wake. It was just like a footballer timing his run along the last line of defence to keep from going offside. Well played that sailor. 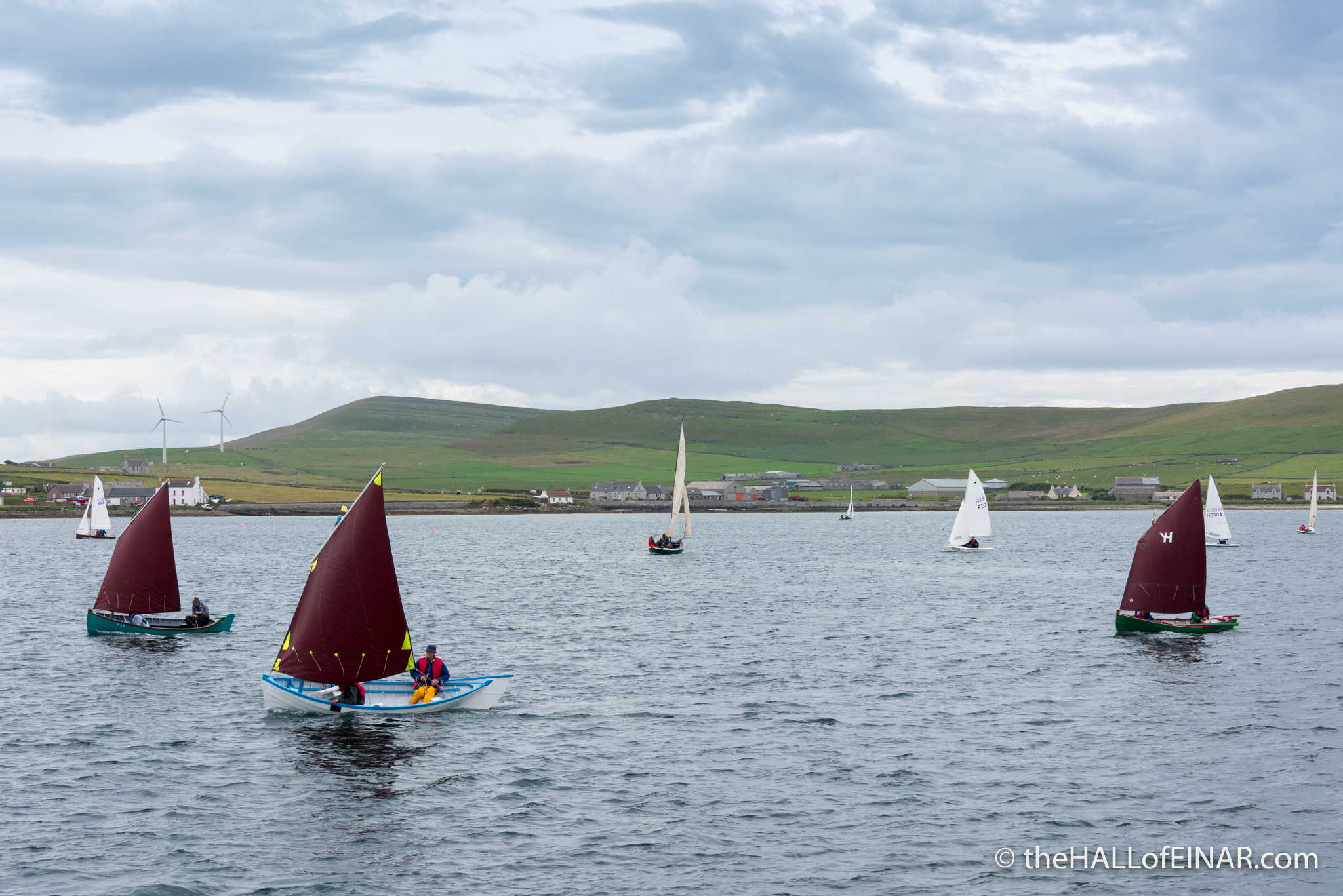 The deep burgundy of these sails was wonderful against the steely blue of sea and sky.

I think I may dream of going to sea tonight. 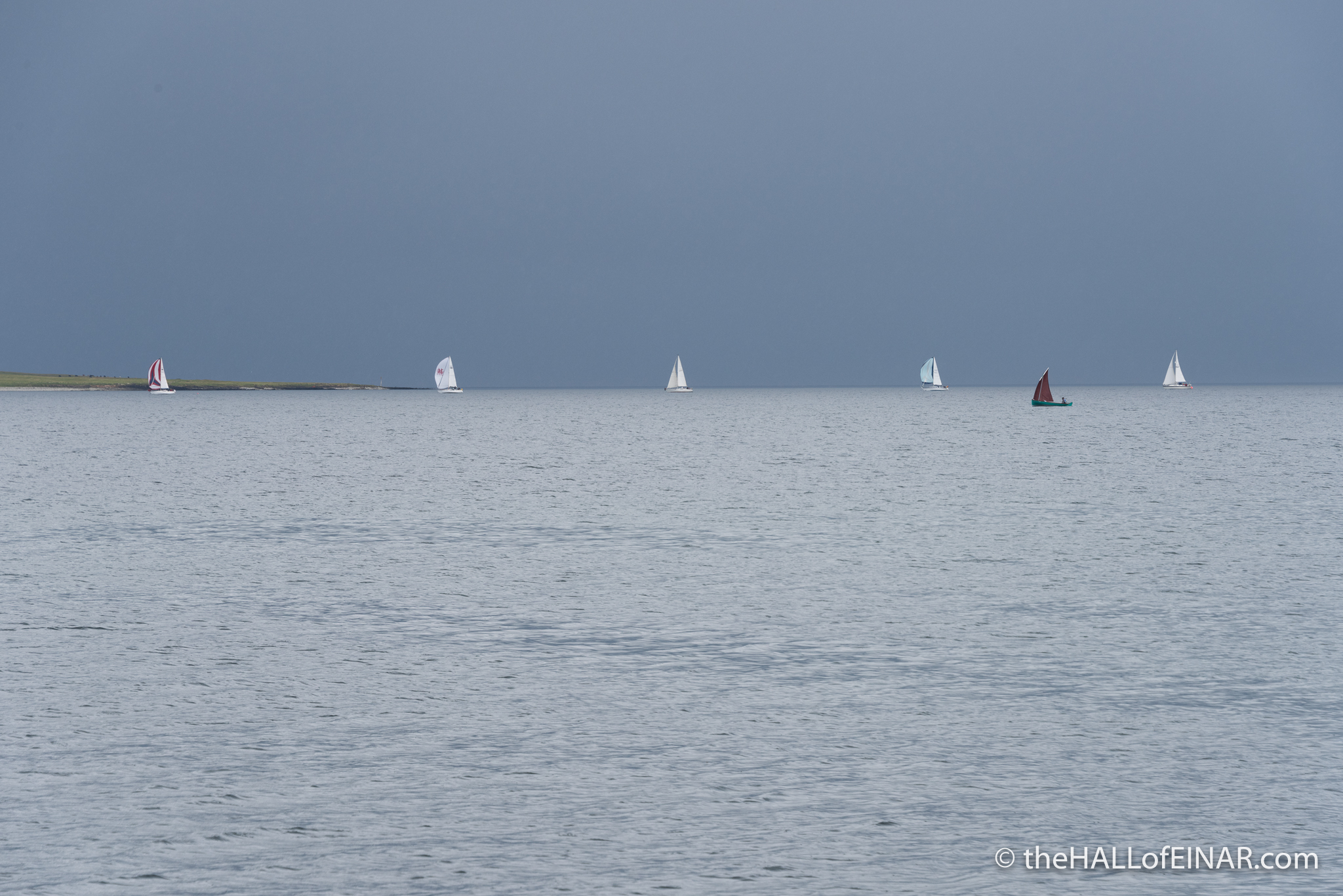 But only if it’s as serene and as beautiful as this.

Thanks to everyone responsible for organising such a great event and to all the participants who made it such a spectacle.