Sunshine brings the flowers out to bloom around Pierowall Bay. This one looks like Chamomile to me but I suspect it’s Sea Mayweed, Tripleurospermum maritimum. Despite its name it usually flowers from July onwards. 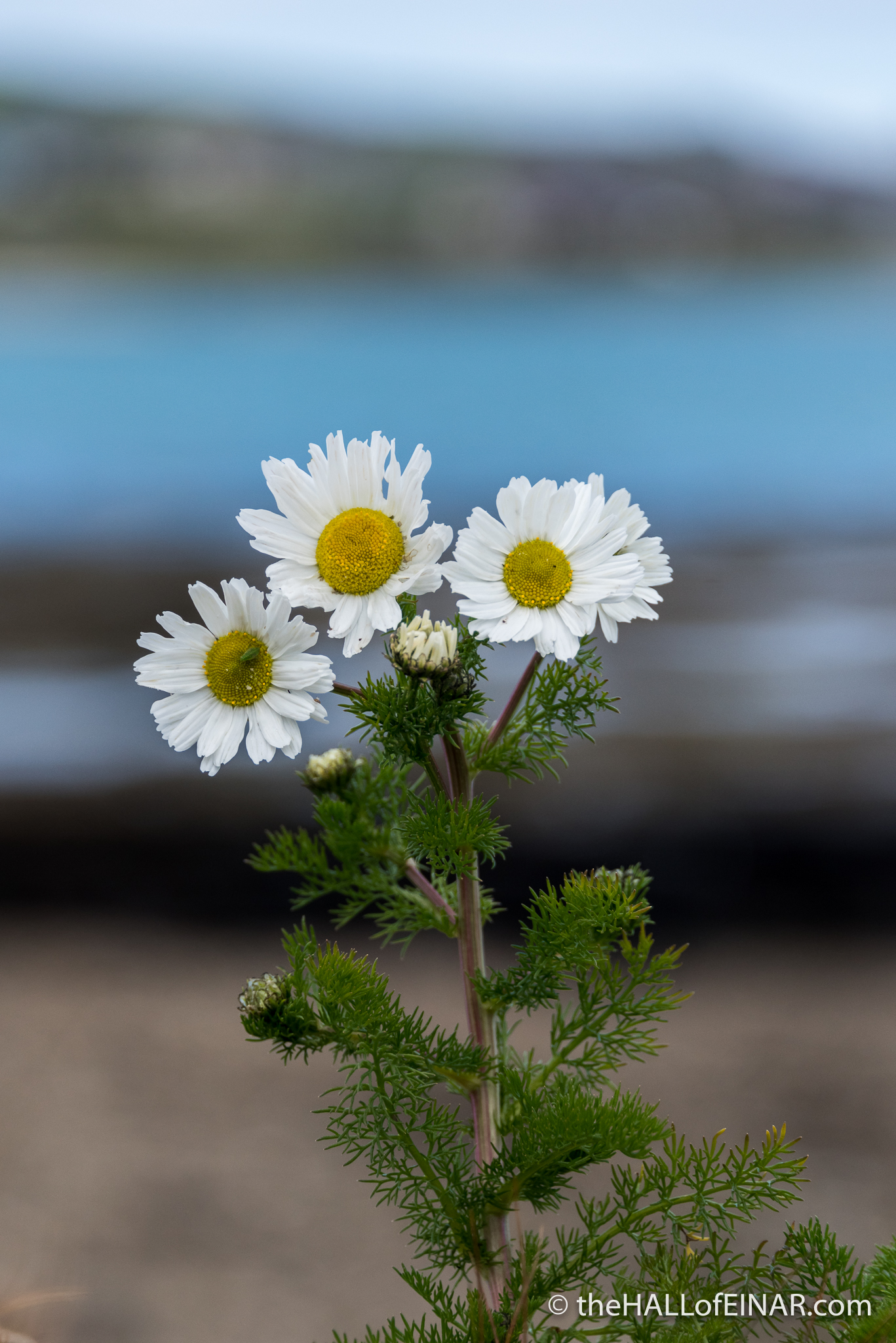 On a beautiful day it’s easy to see why Vikings thought Pierowall Bay such an important place in Orkney. In bad weather it’s even easier to see why. It’s a massive expanse of shallow protected water. 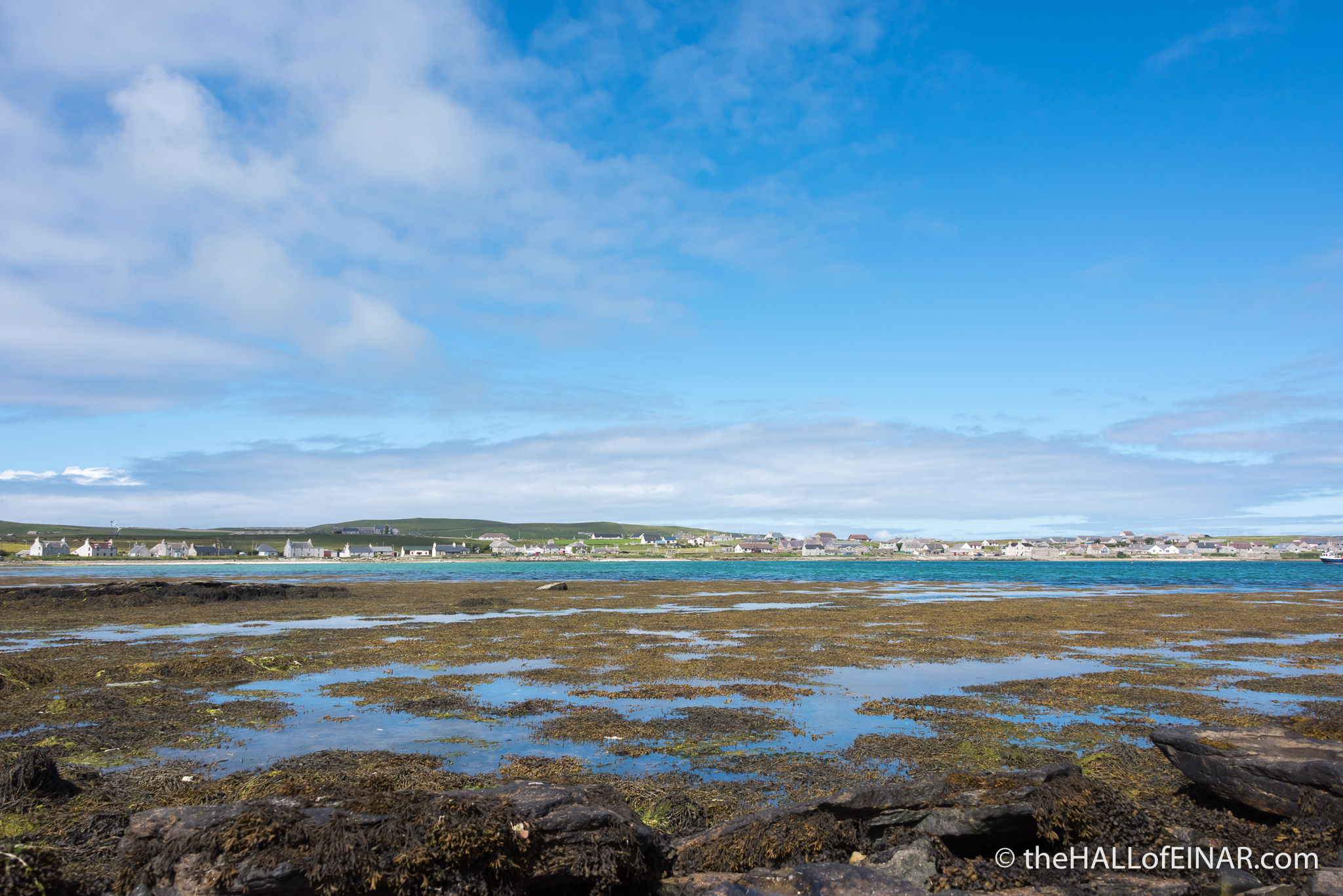 On the rocks in the bay there’s a Common Seal mother and her pup. She is feeding the pup, her eyes closed, relaxing in the sun. We stay in the car to photograph the pair so we don’t disturb them: 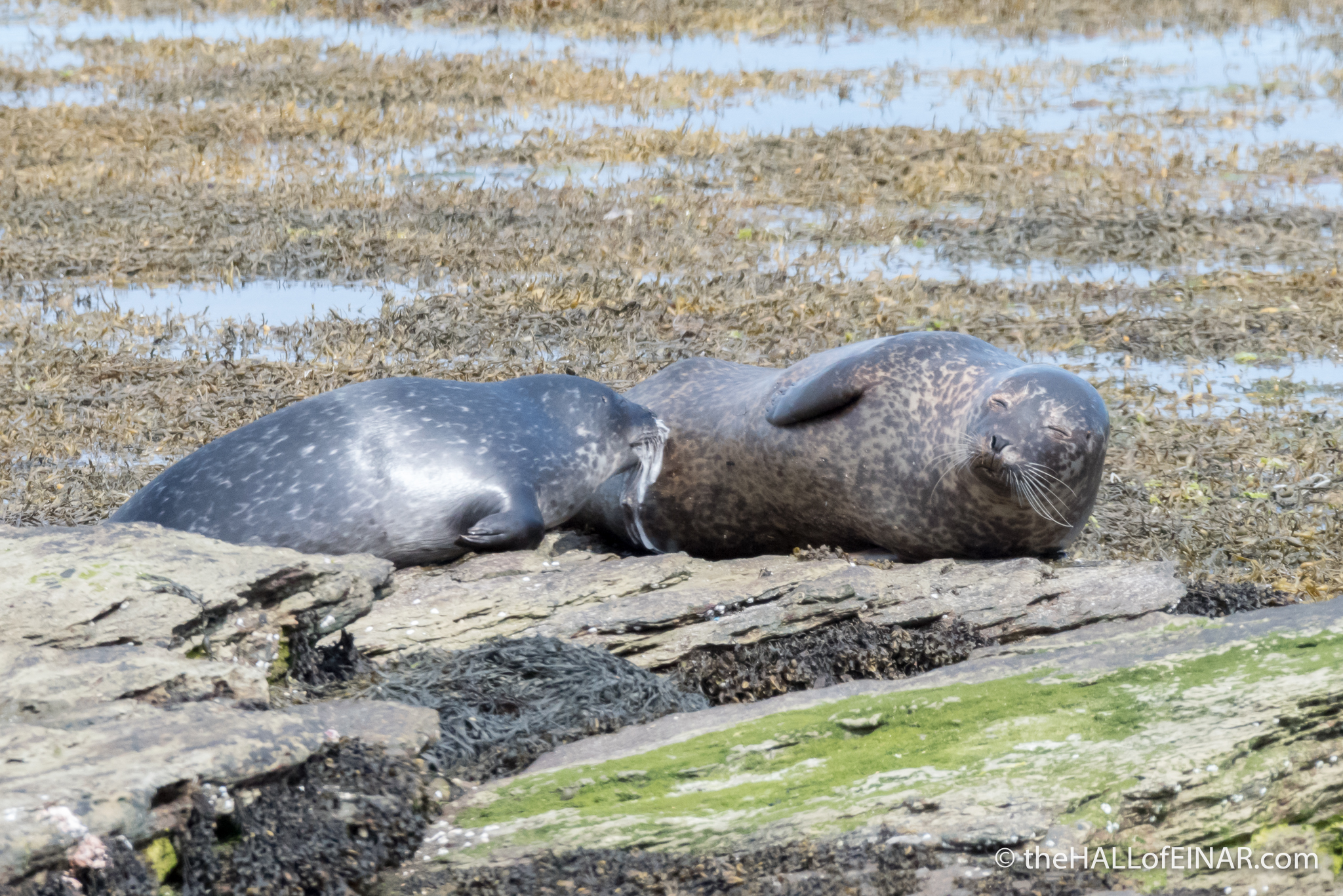