The coastline around Westray is wonderful on a glorious summer’s day.

We’re on the trail of Black Guillemots, or Tysties as they are known in Orkney. There’s one quite distant upon the rocks ahead: 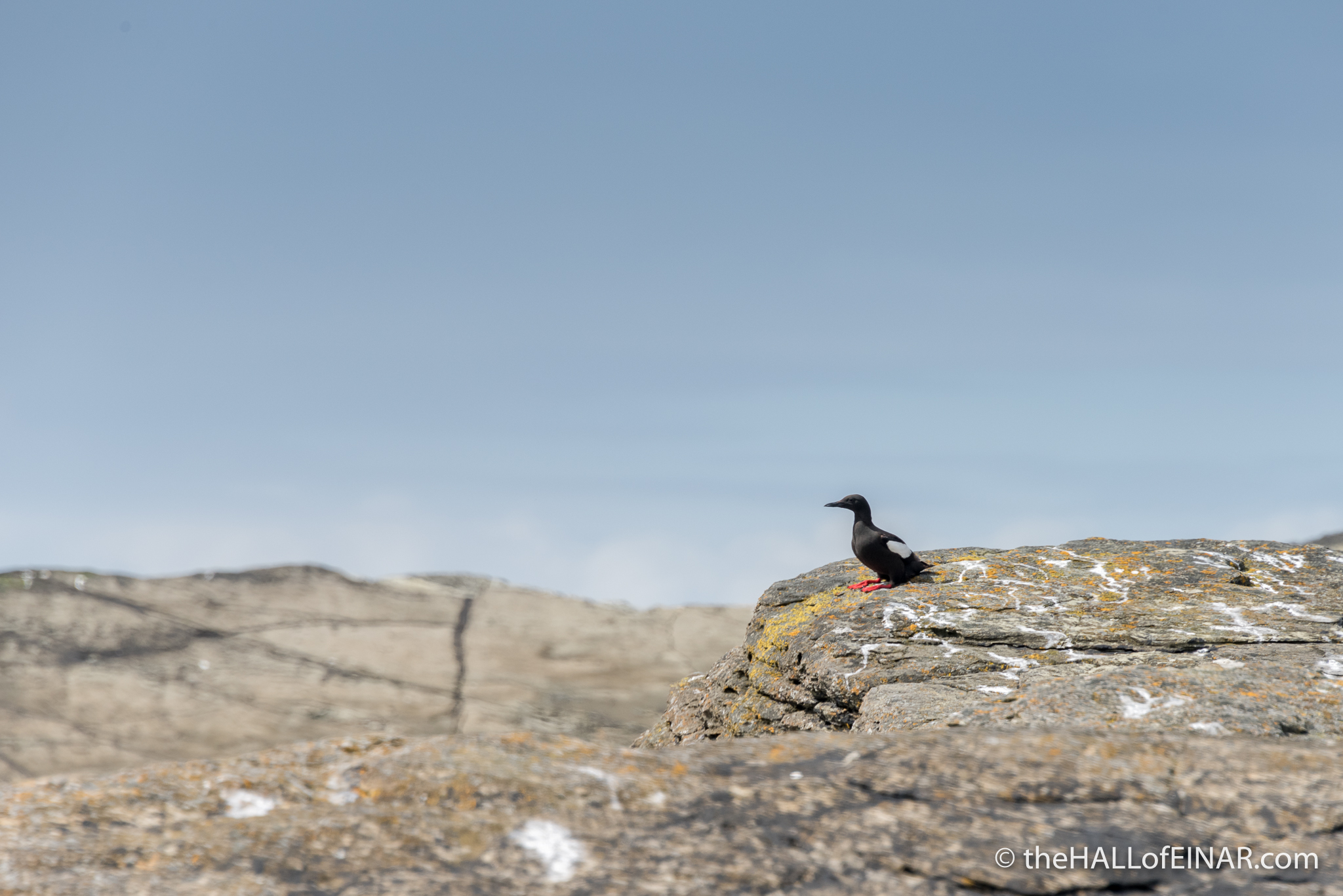 I’m wearing full camouflage gear. I went to the army surplus store with my dad to buy it. We spent half an hour of me trying things on and my dad saying he couldn’t see me in it. It was painful.

The Puffin Whisperer says I should “Make like the snake”, and crawl across the rocks towards it, so I do and manage to get a bit closer.

Close enough to see that inside their beak is the deepest, most beautiful red.

There’s another sitting on a rock ledge above the Atlantic with its deep ocean-green waves: 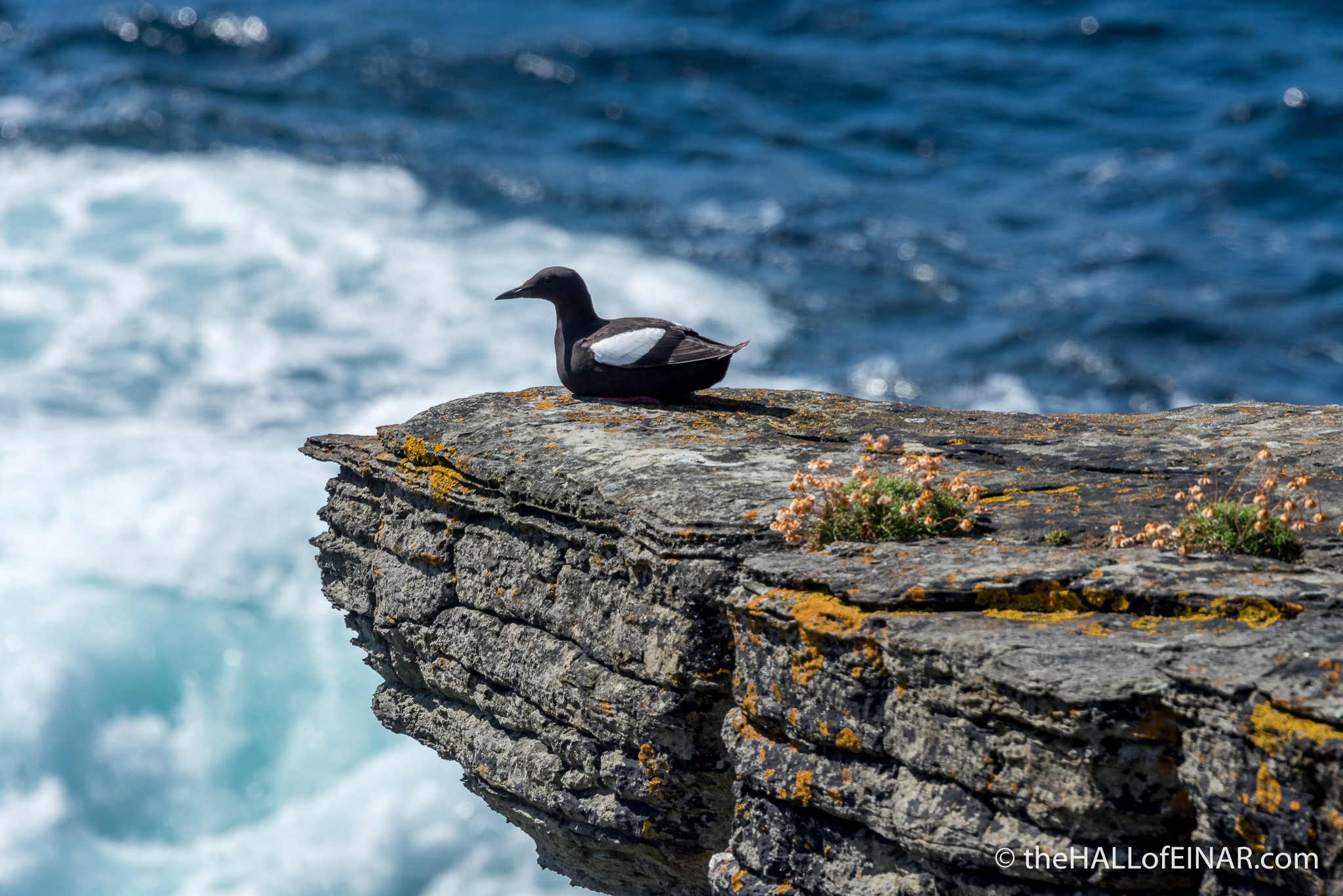 There’s another Tystie with a Butterfish, Pholis gunnellus. It’s time for me to “Make like the snake” again in my camouflage gear: 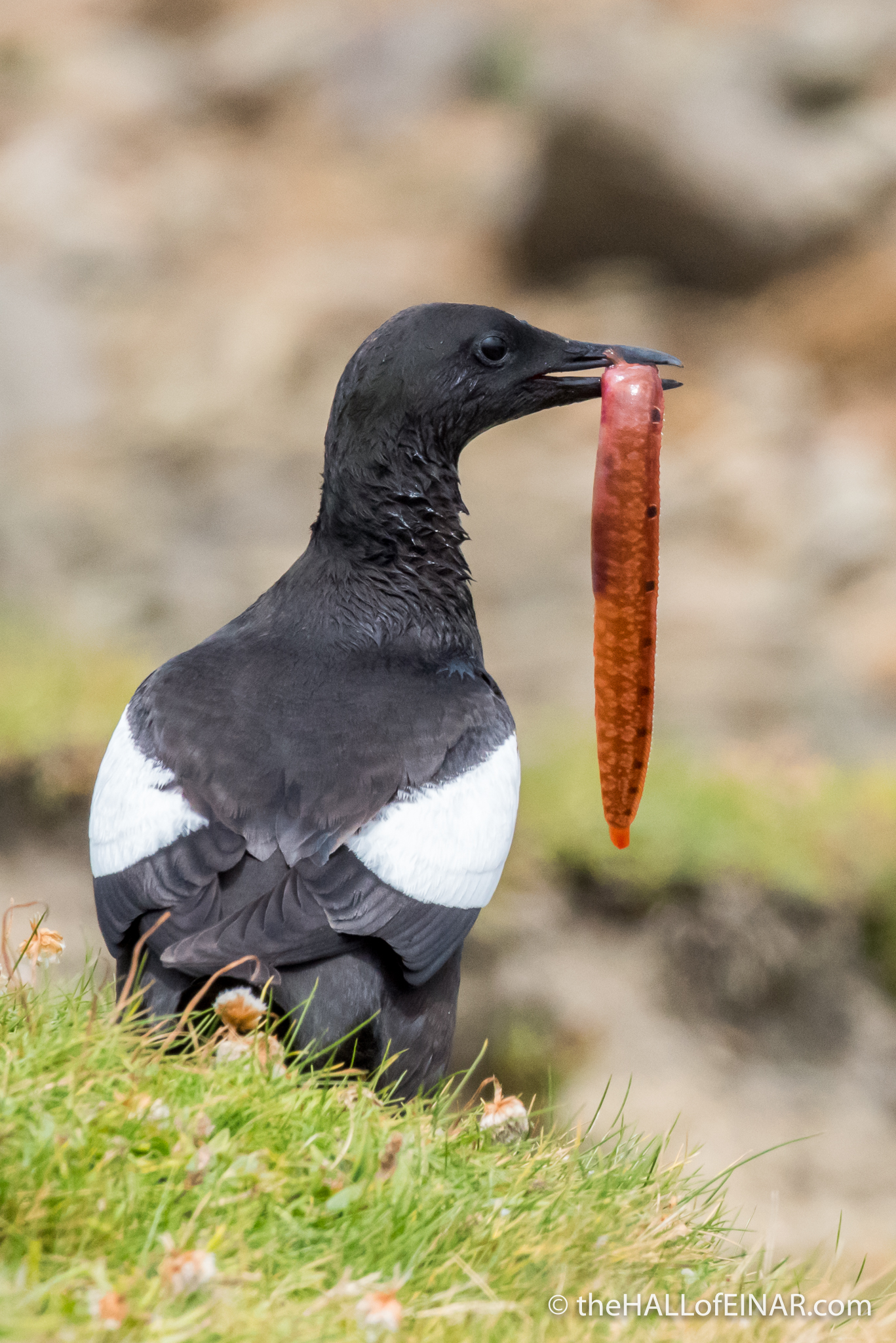 The Marine Conservation Society says that the Butterfish is, “Eel-like, yellow-brown with black spots on its back. It has a doleful facial expression.” This one certainly does.

They continue that the Butterfish is: “Named because of its very slippery nature.” Obviously not slippery enough.

There’s another Black Guillemot with a flatfish ahead. Personally I’d say that this Norwegian Topknot, Phrynorhombus norvegicus, has the more doleful face of the two. Which do you think?

We should have a vote.

The Marine Life Information Network says the Norwegian Topknot, “Phrynorhombus norvegicus is found living on rocks, most commonly at a depth between 20 and 50 m. However, it has been recorded in water at depths between 10 and 170 m.”

I have a new respect for Black Guillemots. 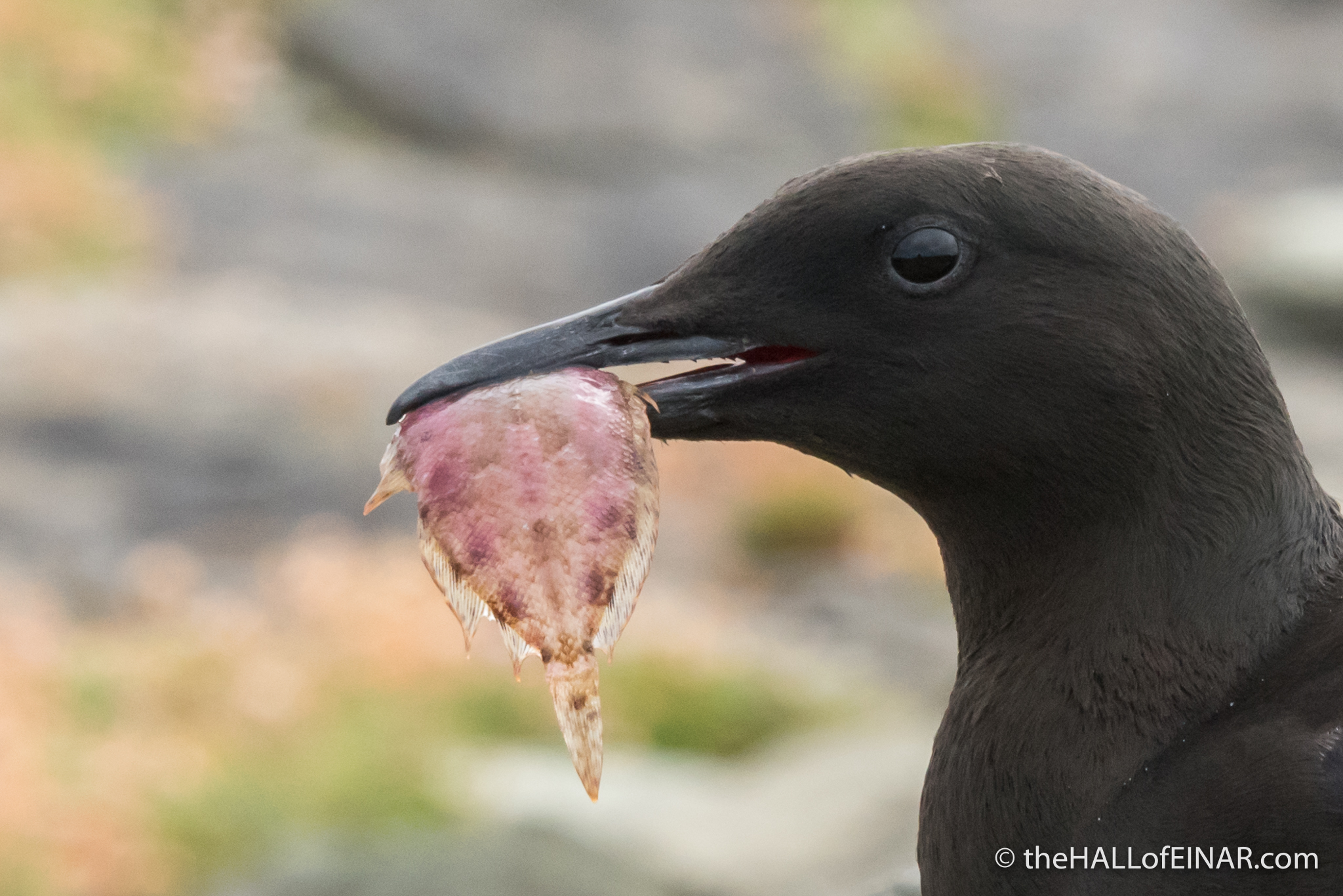 And for my dad’s sense of humour about camouflage.

3 Responses to "A Tystie and a Topknot"