Evolution is a wonderful thing. Being grey above and white below is a classic countershading strategy used by many seabirds and often copied by people for aircraft. Many gulls have this classic countershading and so do Fulmars, which often leads to them being confused for gulls. Fulmars are tubenoses and not closely related to gulls at all. They have evolved the same colouration independently.

In a scientific paper from 1896 called ‘The law which underlies protective colouration’, Abbott H. Thayer said: ‘Animals are painted by nature, darkest on those parts which tend to be most lighted by the sky’s light, and vice versa’. He assumed that the reason was camouflage or ‘protective colouration’ but there is very little scientific evidence that it works and it could have several functions, such as regulating temperature, or a historic function which is no longer useful.

The idea is that you cast an artificial shadow on the upper part of yourself with pigment so your top matches your bottom. That way you don’t look like a three dimensional object and don’t get spotted and eaten. It sounds like genius until you realise it’s because many of the ones which weren’t like it did get eaten and didn’t have as many offspring. It’s just selection, naturally. 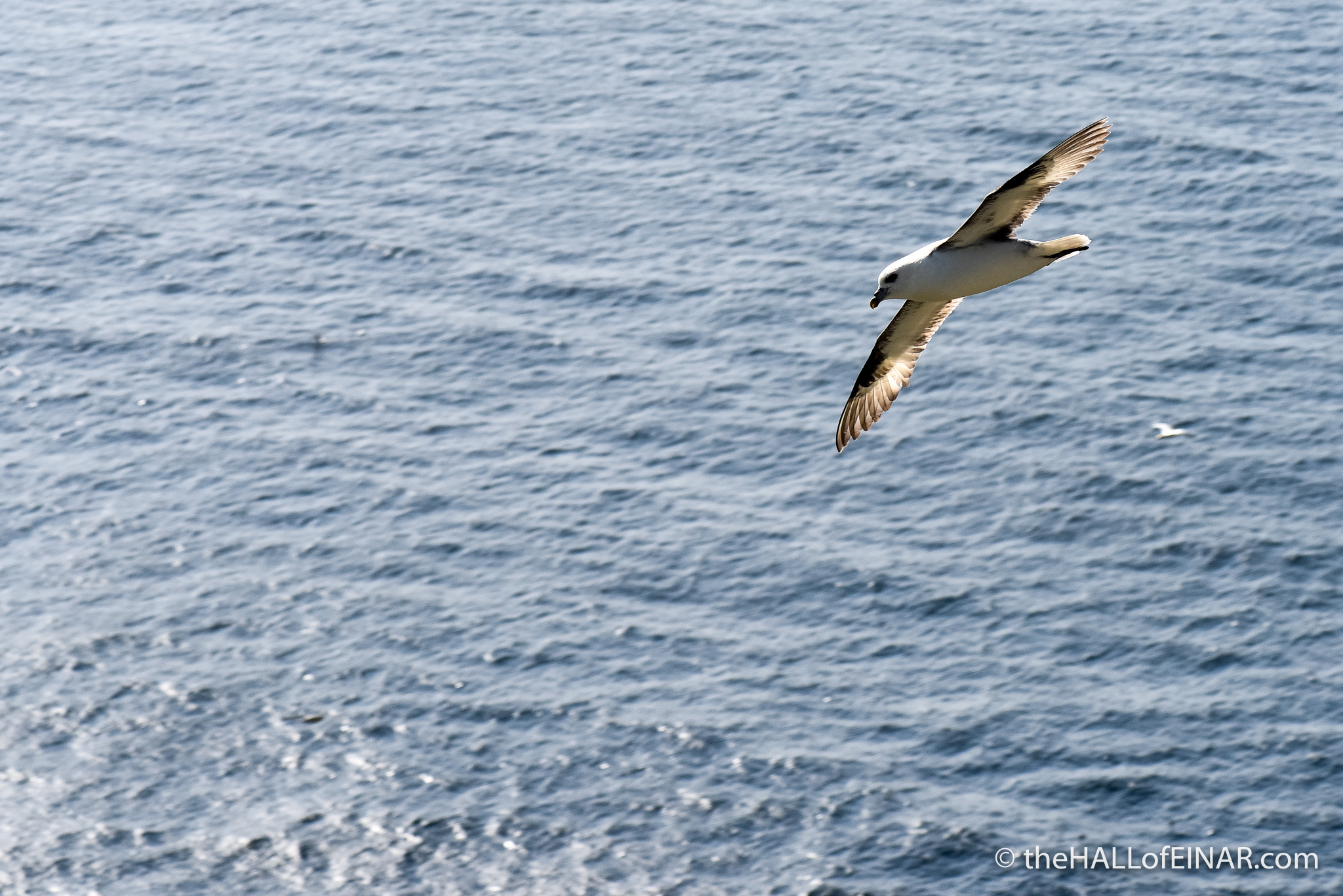 Here’s to the beauty of Fulmars, who cast a shadow on themselves.