The 14 mile return cycle to The Wheeling Steen Gallery is either getting easier or I’m getting more blasé about it. So much so that I decide to cycle by the Westside today which adds another two miles to the journey. There’s no traffic though – this is Westray. By the Loch of Burness there’s a Peregrine Falcon on a telegraph pole and, as I approach, it flies off in a long circle, returning to its perch as I disappear down the hill. Magnificent.

In the Village the light is low and a near-horizontal double rainbow appears. It’s vibrant against purple clouds. 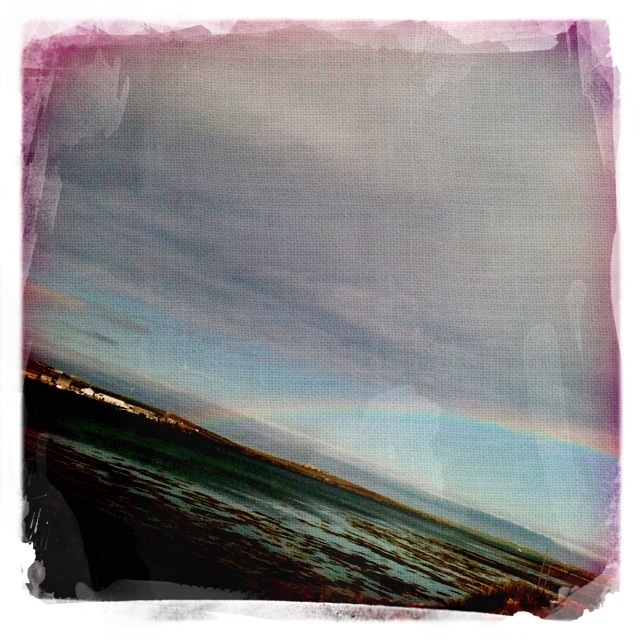 Despite the intense pressure there will be no traybakes or fancies for me today – I’m out to dinner with friends and have to save a space. Later in the evening, as I’m served a huge portion of gooseberry sponge and custard, I don’t regret the decision.

Time to cycle home. It’s 10pm and still light in the West and there’s a brilliant moon to light my journey. I haven’t got a front light on my bicycle and it’s over three miles home on the main road. It doesn’t matter though. There won’t be any traffic. This is Westray.